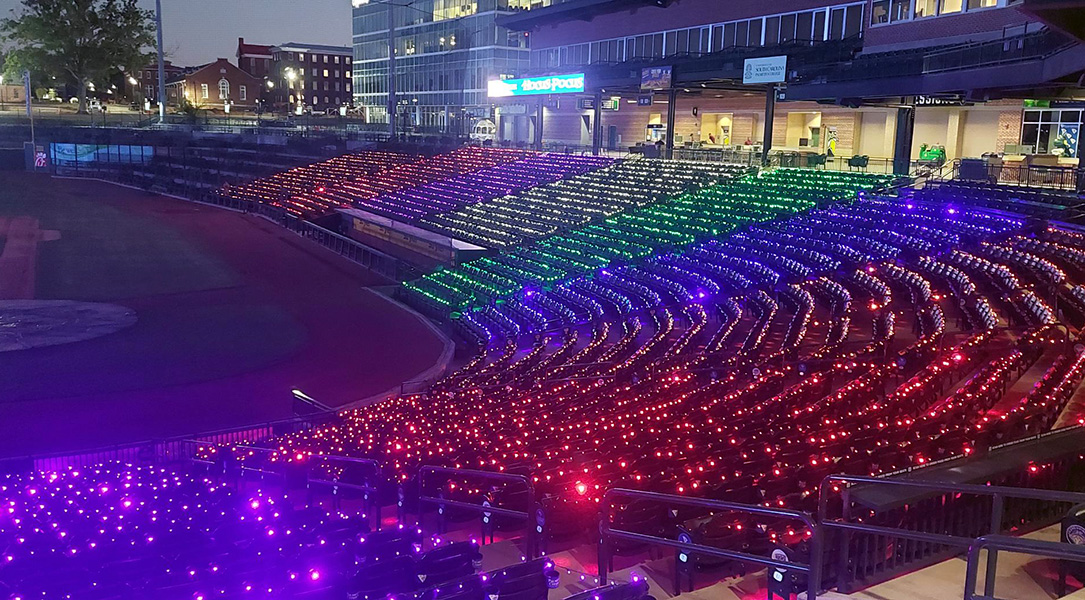 Colorful lights line the stands of Segra Park, home of the Columbia Fireflies. More than 1 million Christmas lights will be shining in the ballpark from Nov. 19 to Dec. 31. (Photos courtesy of Columbia Fireflies)

From Nov. 19 to Dec. 31, the ballpark will host a holiday light experience featuring more than 1 million blinking lights of various shapes, sizes and colors.

“As you can kind of imagine, December is normally a pretty slow period for baseball,” Fireflies broadcast and media relations manager John Kocsis said. “So to be able to do something that’s gonna affect the public for 42 straight nights and stuff is kind of fun. And we get to be creative as salespeople and as marketers, because this is something that we’ve never really done.”

Visitors can walk around the ballpark between light fixtures, enjoy synchronized light shows and shop with vendors scattered around the concourse.

“(We’ll have) Christmas and holiday music playing the entire time, but about every two or three songs, all of the lights in the seating bowl and on the infield dirt are going to synchronize and kind of dance with the music,” Shank said.

“We didn’t want to just do the lights like everybody else. … We’re doing daily promotional specials that will really kind of make it feel like it’s almost our (regular) season,” team president Brad Shank said. “… It’s about being this community gathering place, whether it’s for holiday lights, or whether it’s for a wedding, or a concert or a baseball game. It doesn’t matter. This is a great place to gather.”

Ticket prices for the entry to the holiday lights display will vary depending on the day and time of the month. Children’s tickets vary from $9 to $12, and adults vary from $12 to $16. Hours also will vary, but typically range from 6 p.m. to 10 p.m.

The Fireflies staff has been setting up the lights for more than a month. Shank said the first of four 50-foot long trailers filled with lights arrived in Columbia on Oct. 12. Since then, it’s been an all-hands-on-deck effort to have the light displays constructed in time for opening night.

“There have certainly been days that there have been 20 people on the field kind of doing different things,” Kocsis said. “… There are certain things that have taken a vast amount of manpower. But for the most part, our (operations) guys and our grounds crew have just done a remarkable job of, every single day — working sunup to sundown — kind of putting things together and molding our field.”

Of all the lights at the park, Kocsis thinks visitors will be most excited about a 15-foot-tall train, a 20-foot nativity scene and a 30-foot Christmas tree.

He said the finishing touches will be put on the lights Wednesday. And Shank said the priority was making sure all the lights were connected.

If Shank could have it his way, this year would not have been the first time the Fireflies are bringing holiday lights to Segra Park. He said that the idea originated in 2020, but  supply chain issues made the idea doable until now.

“It definitely was a long, long process to get here,” Shank said. “But also, there’s just a lot of pieces to this that, especially for us, we wanted to make sure that if we’re going to do this, we do it right.”

Both Kocsis and Shank said they hope to see anywhere from 20,000 to 30,000 visitors during the holiday season. But they aren’t too focused on the number of visitors.

“Honestly, it’s more about … turning it into something that is kind of an annual tradition for people here in Colombia and the surrounding area,” he said. 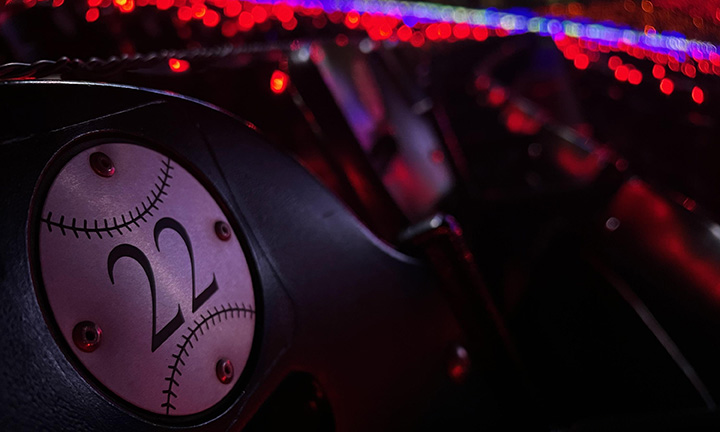