MTV star Paulie Calafiore thinks he is a “likable villain” 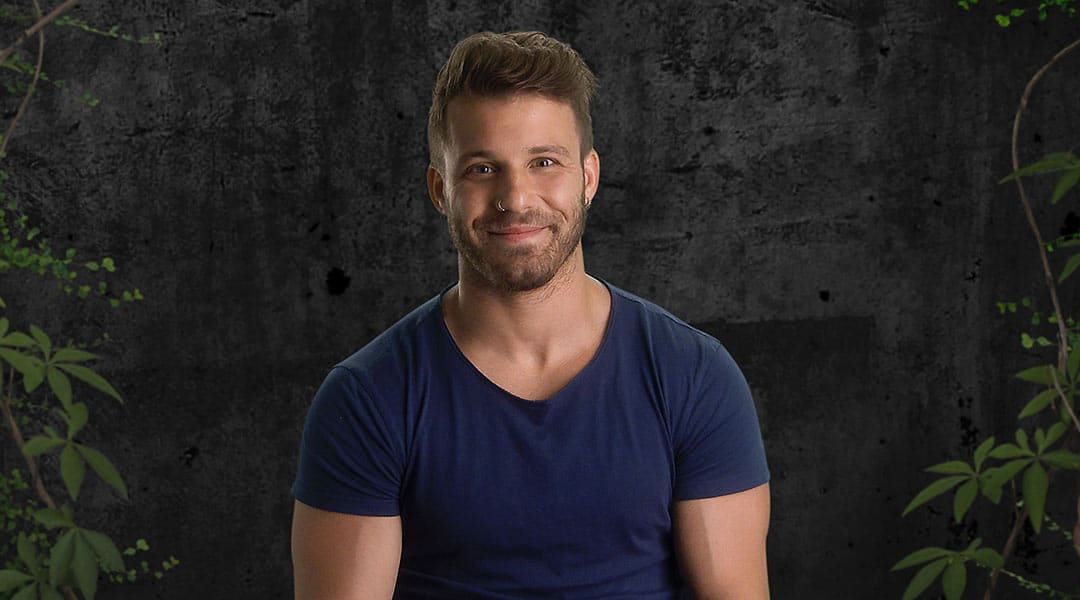 Reality TV star and entrepreneur Paulie Calafiore is well-known from popular TV shows like Big Brother or The Challenge, and his social media keeps everyone updated on his grueling fitness routine. He recently talked to Carolina News & Reporter on his time in Columbia and where he is headed next with his career.

Where is your home base?

You know, New Jersey and New York is where I grew up and where I had spent my whole life and it got to the point where I needed out of there. I hate LA because people are fake and disgusting. So, I moved to Montana because of the elevation. I was thinking like training mode…let me run at elevation for three months (in the Montana mountain ranges) and then my lungs will be like steel. But I just got back in Montana a couple of days ago and its 28 degrees and a snow storm happened. So, yeah, I would rather be in the 100-degree weather. I am actually house hunting in and around Columbia right now.

What brought you to South Carolina?

I graduated from Rutgers University and I played soccer there. I was an exercise science major and Shawn Arent [the recently named chair of USC’s Exercise Science Department] worked in that department and also was working closely with the soccer program. After I graduated, me and him had always liked the same bands so we started going to concerts together. We became very close after graduation and we have been by each other’s side every step of the way. Before I left for the last couple seasons of The Challenge, he was the one who trained me and got me ready.

When Shawn got the job at USC, I came down here to train with him. Nobody gets me more prepared for whatever I got to do than him and his team.

I loved Columbia, I even got to go to a tailgate. I went to the Memorial Lots and I was wandering around like a lost puppy. It was insane. Up in Jersey and in the Northeast tailgates are pretty mild so this was my first real Southern tailgate. I was like, ‘Wow people are wild down here;’ but in a good way. I loved it.

For someone who is out of the loop, what do you do?

I mainly do MTV’s The Challenge; it’s a competition show on MTV that incorporates a lot of things. You have to be well-rounded. its speed, agility, climbing, swimming, endurance running, wrestling as well as mental tests like puzzles and Sudoku’s. It’s like Survivor meets Real World meets Big Brother, all in one show. Between therapy to rehab my body after the competitions and training, it’s a full time job. I take it way more seriously than my castmates they are like “oh yeah vacation, TV, drinking, sex” and I’m super competitive. I don’t drink when I’m training or on shows. My mood is how can I dominate and how I can win. I’m not an a**hole in real life, but in a competition I am an absolute savage.

Is that your persona?

I wouldn’t say I am mean, but people who I rock with, I rock with and people who I don’t, I’m just cutthroat. I enjoy smack talk and mental games. I enjoy mentally breaking my competition and that isn’t always well received.

I think for me I am still good because I have only done reality TV for three years and I think I go through the right steps when I am off TV like talking to my therapist to bring me back to real life. I have seen people who have done it for ten years and they can’t differentiate who they are on the show and who they are in real life. I put mental health first, then physical health and that keeps me grounded. I also have a lot of things I am working to get off the ground in real life. A lot of people on these shows when they aren’t on TV they just sit around and hang out on social media being toxic just to stay relevant. I try to distance myself a little from social media and work on what I’ve got to work on so when I finally retire from this, I actually have something to do when I’m in my 40s.

How did you get started on this journey, was this your life plan in your head?

Honestly it really wasn’t. It’s so crazy how this all happened. When I left college, I had a brief stint in the MLS and when that ended due to injury, I was like, “‘that’s it” I will never be able to play at the highest level again. Let’s just start working and I moved to Manhattan and I got a corporate job and I was doing fitness on the side and I was MC’ing high end bar and bat mitzvahs on the weekends. I was hyping up crowds and dancing for the Manhattan elite. I happened to be MC’ing with my brother on this one event and there were producers from CBS there who came up to us afterwards saying they liked our energy and our look. They were like “Have you guys ever heard of Big Brother?” They offered to get us both on the show. I guess I made such an impact on my season that MTV was waiting for my contract with CBS to be over and they were asking me about The Challenge.

How does editing of reality TV affect how viewers perceive you?

I feel like they edit me in a way that is left open to interpretation a lot of times. I have a lot of people that love me and a lot of people that hate me. I think they have found that I am a versatile character. I can be a villain and then the next season I can be a hero. I look at it as if I am just liked or just hated. I am only capturing a small percentage of viewers but if I am liked and hated I am capturing the entire percentage and it means I am doing the job right.

So you don’t mind being a villain?

No I definitely don’t. I always rooted for the villains. Obviously I love Batman but I love the Joker way more. So I would say my persona kind of embodies the Joker. If I’m going to be a villain I am going to be a likeable villain. Not a super bad guy.

What’s next for you?

I don’t think a lot of these people on the shows realize how fast you can burn through money. For me, I am more strategic. I understand there’s a shelf life to this. I think I really learned that as an athlete because I thought I was going to be a professional soccer player and that was cut short in a year, and I didn’t have a life plan after that. There is a time when you will have to retire, only 2% of people who make it on TV start having recurring roles. If you don’t take advantage of your time and your window you’re going to end up having nothing.

I can’t publicly talk about what shows I am or am not doing, but definitely keep your eyes open. And I have also been working with a group of people to slowly figure out a way to do an online fitness program that would be available to people in their homes that can get people out and active. I want to do it the right way so it’s a long-term goal.

I also started my own management company for social media influencers and reality TV people so I can help guide and push people in the right direction and help them get paid what they should get paid and not be taken advantage off. There’s a lot of things cooking. It gives my life routine.

When is the next time you will be back in Columbia?

No matter what, I will be back this winter to train. It might get cold but it won’t be anything like Montana! 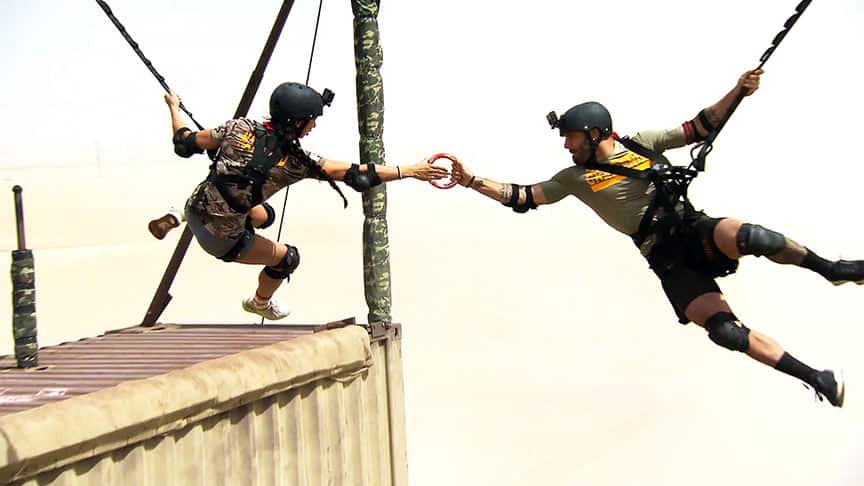 Calafiore trains all year to be ready for the various physical and mental tests he faces on The Challenge. 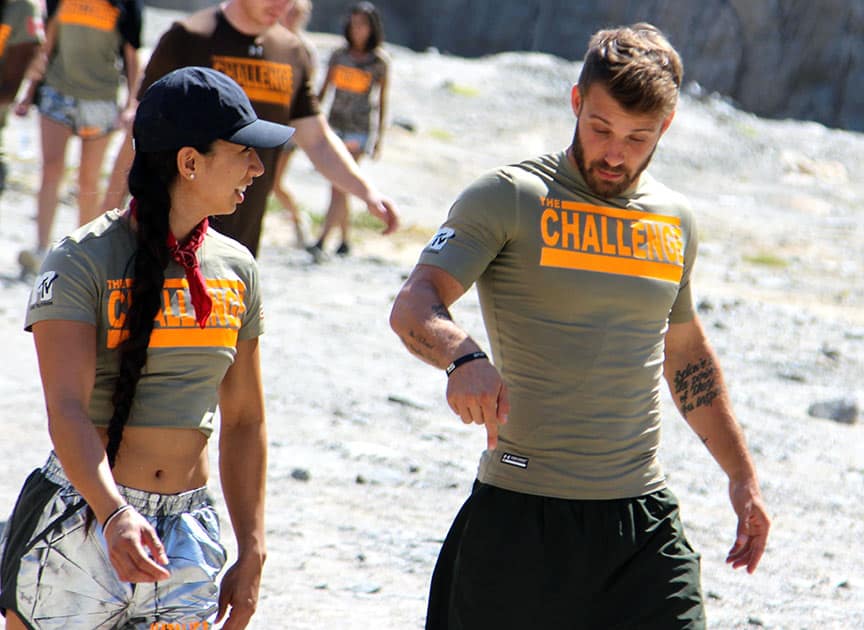 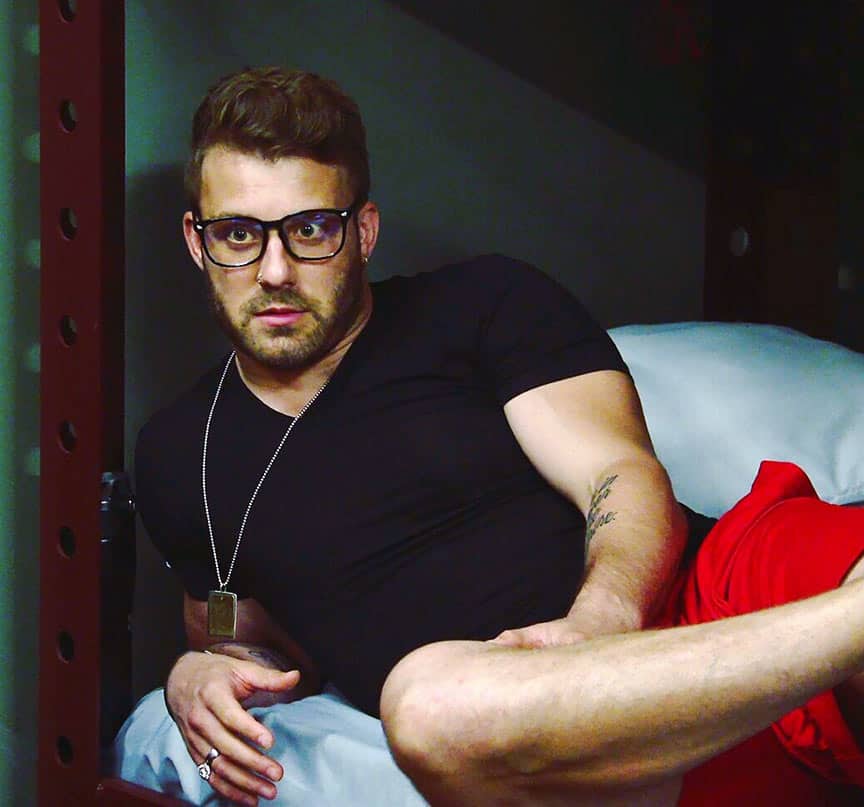 You can stay updated with where Calafiore is headed next via his instagram @paulcalafiore_. 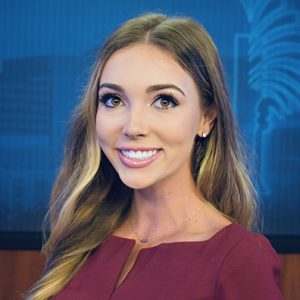 Hanna Powers, a Washington D.C. native, made her way to Columbia, S.C. to ride for the Gamecocks on the Division 1 Equestrian team. As a multimedia journalist, Powers has been a frequent contributor to Sarasota Magazine and has made appearances on NPR, Fox News and in The Washington Post. Powers likes to share good news and celebrate the stories of people who triumph over adversity. In her free time, you can find her on a horse or picking up a game of tennis with friends.