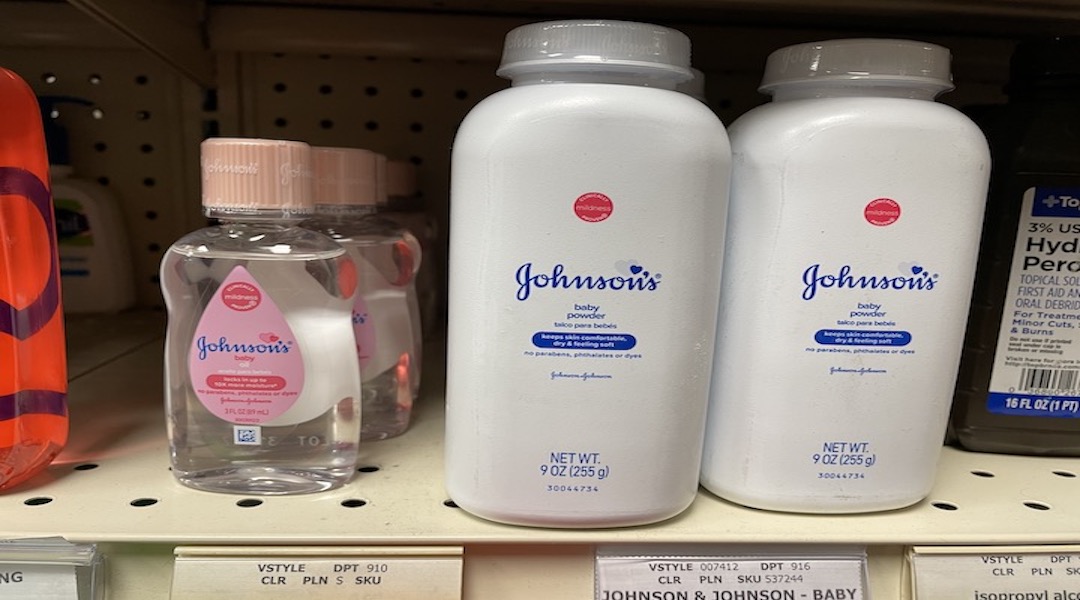 Johnson & Johnson, normally known for their medications and baby products, recently had its coronavirus vaccine authorized for emergency use by the FDA. Photo by: Matt Tantillo

Nearly three months after the first coronavirus vaccine was authorized for use in the United States, Johnson & Johnson entered the mix with a single shot that could speed vaccinations in South Carolina.

The Johnson & Johnson vaccine, also known as the Janssen vaccine, is different from the previous two vaccines produced by Pfizer and Moderna, although it has the same goal of saving lives.

Because it is much easier to store at normal refrigerated temperatures, the Janssen vaccine has the capability to change the way people have been getting vaccinated in South Carolina, said Robin Dawson, an associate professor in the College of Nursing at the University of South Carolina who holds a doctorate in nursing science.

“There are going to be communities that don’t have electricity. Does that mean they shouldn’t get a vaccine? No, absolutely not,” Dawson said. “You have to think of ways to get what they need using whatever resources they have.”

The major drawback to the Pfizer vaccine was that it had to be kept in temperatures around -100 degrees Fahrenheit. The Moderna vaccine was seen as a step in the right direction as it required storage in an average freezer, which is much more accessible and could be used within 30 days in the average refrigerator.

With the ability to be kept in a refrigerator for up to three months, the Janssen vaccine blew both brands away in this category.

DHEC Director Dr. Edward Simmer shared the same confidence in South Carolina’s ability to spread the vaccine wealth around the state now that storage is less of an issue.

“I think the Janssen vaccine is going to let us open up the door to more providers who can manage that vaccine but couldn’t manage the other two,” Simmer said at a news conference Tuesday. “I don’t know how many yet… but certainly we think that we’ll be able to significantly expand the pool of providers here over the next 1-2 weeks.”

The Johnson & Johnson vaccine is also one-shot as opposed to the two-dose Pfizer and Moderna vaccines and uses a genetically engineered adenovirus, the same approach used to make an Ebola vaccine. The adenovirus delivers genetic instructions instead of using mRNA technology employed by Pfizer and Moderna.

The cause for concern with the Johnson & Johnson vaccine is its efficacy rate, falling below both Pfizer and Moderna despite its ease of deliverance and storage.

The Moderna and Pfizer vaccines have efficacy rates of 94% and 95% respectively while the Janssen vaccine comes in at 66% effective against moderate to severe illness.

While those numbers may look alarming at first, there’s a more important statistic to consider: the Janssen vaccine, just like the others, is 100% effective at preventing death.

“If it decreases the severity of your illness, isn’t that a win?” Dawson said.

The numbers may look important on the surface, but Simmer isn’t worried about the lower efficacy rating of the Janssen vaccine.

“From my standpoint they’re equivalent. They’re all very effective and safe vaccines,” Simmer said. “There’s nothing [different] other than the fact that the Janssen vaccine is a single dose.”

The Johnson & Johnson vaccine also serves as a quicker form of protection as it has shown to prevent hospitalizations or death just 28 days after the one-shot in comparison to that number moving to one or two weeks after the second shot with Pfizer and Moderna.

It’s a game of speed versus overall protection in choosing which vaccine to take, and to some Columbia residents, it’s an easy choice to make.

“I’d rather get the two-shot one. It’s more effective,” said Lauren Burgess, a first-year exercise science major at the University of South Carolina.

Others appreciate the value of just showing up to get vaccinated one day as opposed to two, an advantage the Janssen vaccine gives.

“It’s a hassle. I’m sure everyone wants this thing to be over with. So, doing it as quickly and as effectively as possible is the best way,” said Daniel Tedeschi, a first-year math and statistics double major at UofSC.

Skepticism comes with all vaccines in general, and although it will help your body fight off potentially serious illness, there are people who are worried about what’s in it or how it will affect you.

“It takes years for them to come up with other vaccines, and they’re gonna come up with one in a couple months? I don’t trust it,” said Michael Sharpe, a steel fabrication shop worker from Columbia.

“I feel like if [some people are] on the fence, it’s probably because they are less concerned about it being one-shot and more concerned about how it’s going to affect them,” said Grace Starnes, a first-year public health major at UofSC.

When choosing a vaccine, Dawson wants the public to keep in mind how effective all the vaccines are, not pit one up against another.

“It’s when we get into the things that are devastating where you have long-term lung damage, where you’re on the ventilator for months, where you are incapacitated, where you die. That’s what we have to focus on, the incredible efficacy of all these vaccines, including Johnson & Johnson, at preventing that,” Dawson said. 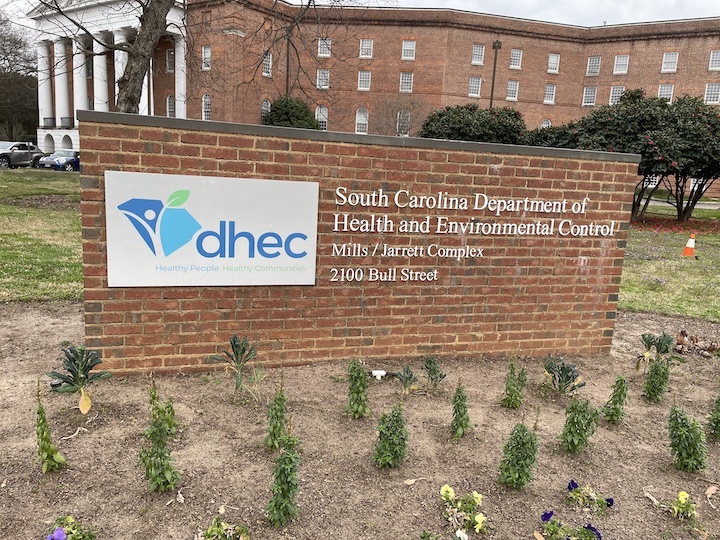 DHEC announced on Wednesday that over 100 independent pharmacies in South Carolina are going to soon receive the Johnson & Johnson vaccine. Photo by: Matt Tantillo 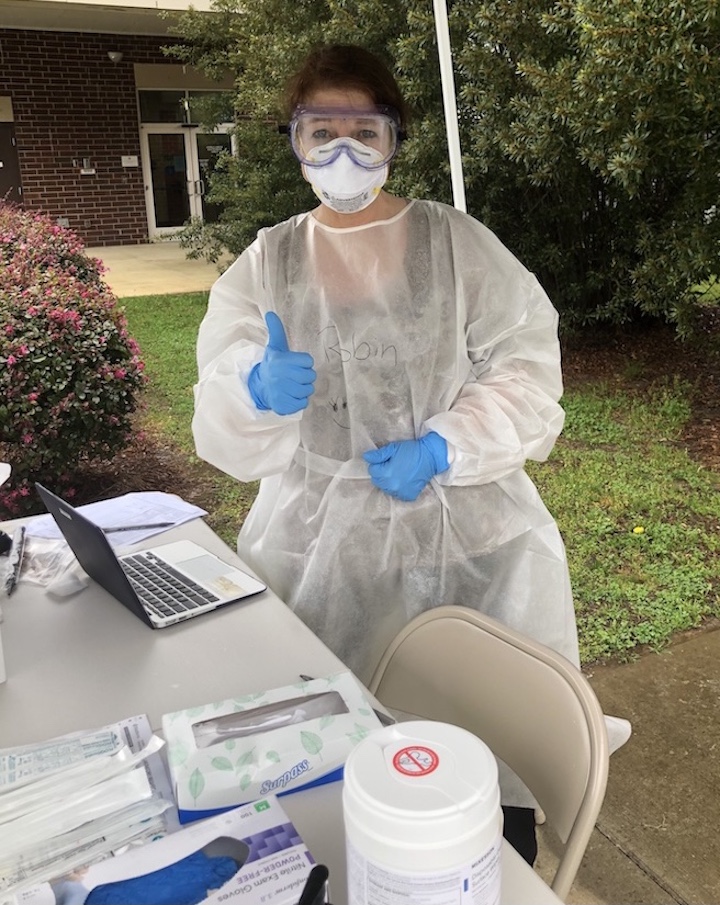 Robin Dawson, aside from being an associate professor at USC, has previously taken part in administering the COVID-19 vaccine. Photo courtesy: Robin Dawson 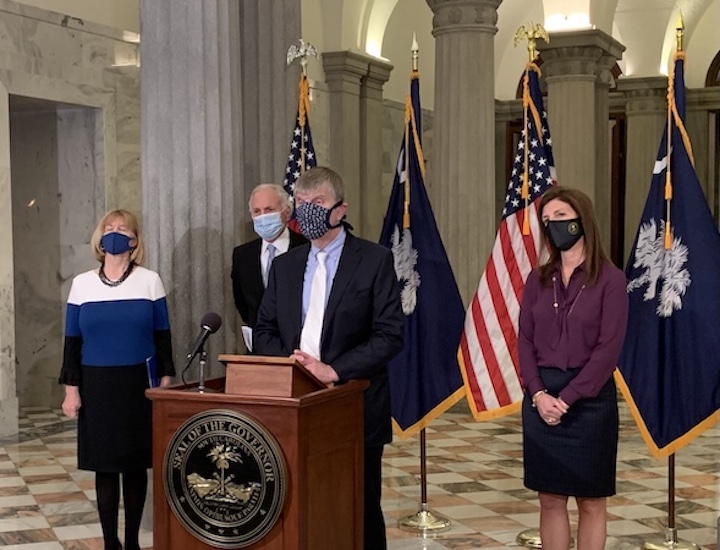 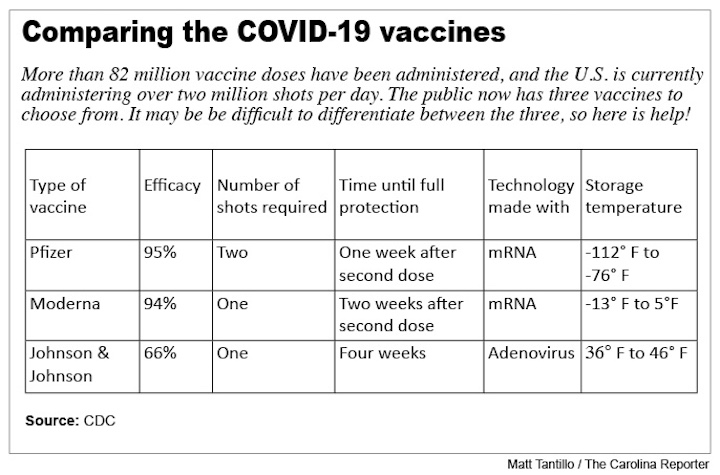