Not locking your car? You might be part of the gun violence issue in Columbia 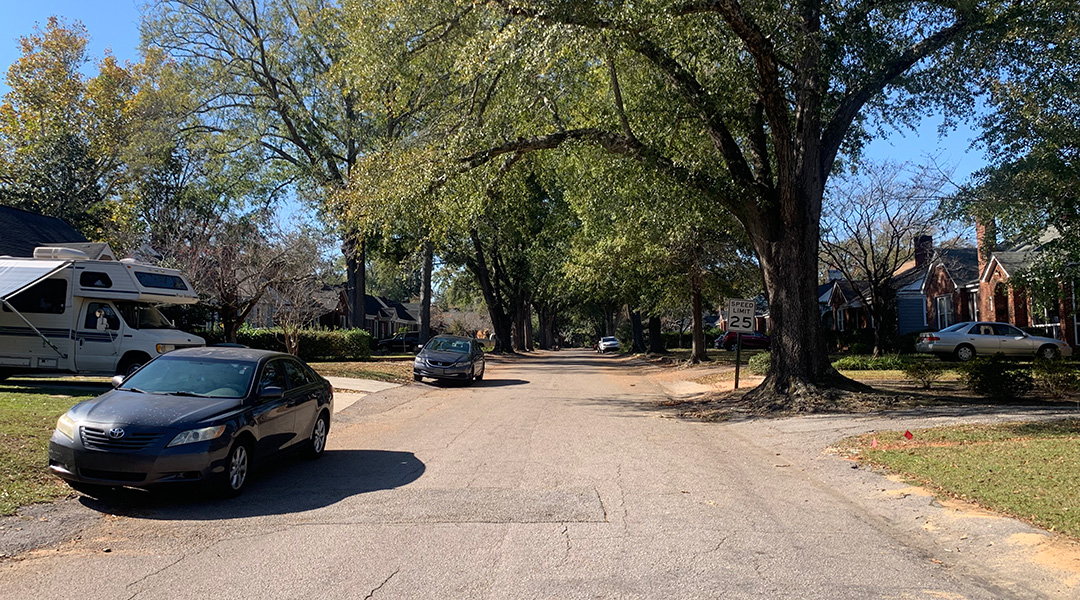 One third of stolen guns in Columbia were taken from unlocked cars so far in 2022, according to Columbia Police Chief W. H. “Skip” Holbrook.

“We are tracking to have a record year of people hit by gunfire,” Holbrook said during his presentation.

The higher numbers of shootings this year could be among the first things to fall if people quit leaving their guns in their cars, Holbrook said.

Nonfatal shootings are up about 30% this year, he said. Homicide, rape, robbery, burglary and auto break-ins decreased since last year. Non-fatal shootings were the only incidents or crimes that increased.

Although car break-ins have decreased 22% this year, there still have been more than 1,200 of them.

And Holbrook said more than half of the cars that were broken into — some 600 cars — were unlocked.

“If we lock our cars, we could potentially knock our property crime rate down (by) double-digits, easily, and prevent guns falling into the wrong hands on the street, simply by locking the car and removing your firearm,” Holbrook said.

There have been four or five car break-ins in the Rosewood neighborhood since June, said Mike Holden, vice president of the Rosewood Community Council.

“But the last time we had our meeting, the police officer there said all five of (the break-ins) were people that left the doors unlocked,” Holden said. “Basically, you just make sure you lock your doors.”

Nationwide, there have been more than 600 mass shootings in 2022. The most recent happened  just this week on the University of Virginia campus. There were two mass shootings in Columbia this year — one at the Greene Crossing apartment complex in March, and another at the Columbiana Mall on Easter weekend.

“We’ve also assisted the (Richland County) Sheriff’s Department in several active shooting hoax calls of schools,” Holbrook said. “Our preparedness, I think, has been evident with how we responded to them all.”

City councilman and member of the public safety committee, Joe Taylor, said he is proud of the way police have handled the threat of shootings by working with schools and other entities such as the city’s new Rapid homeless shelter.

“Gun crimes are an interesting deal — it’s a three-legged stool out there,” Taylor said. “You’ve got to have a fully staffed, well-trained police force. You’ve got to have judges that will set penalties that make you cognizant that if you do something bad, something bad is going to happen to you. And then we have to have the social services.”

CPD has trained more than 1,000 Columbia residents and about 200 city employees this year in active intruder and shooter response, Holbrook said.

“There’s typically not a week that goes by that we’re not providing that training somewhere,” Holbrook said. “We go over what we refer to as hardening where you work. We talk about communication procedures, how to secure a door or where to go.”

Project Ceasefire, a Columbia police initiative in partnership with the U.S. Attorney’s Office in South Carolina,  aims to end the cycle of gun violence among young adults. More than 90 people with prior convictions have participated in the program since May 2021. Of those individuals, 16 have reoffended — a recidivism rate far below the nation’s average of more than 70%.

Columbia police implemented “ShotSpotter” technology in 2019 to help officers detect gunshots in the city. ShotSpotter’s acoustic sensors can detect where and when gunfire happens, meaning officers don’t have to wait until residents call 911 to respond. Holbrook said officers placed the sensors where there was the highest concentration of gunfire in the city, according to the department’s website.

The guns that are not taken from unlocked cars are most likely bought illegally or are stolen, Holbrook said.

And Holbrook said there are far more guns on the street than the number that are reported missing.

“We provide free gun locks to anyone that wants one,” Holbrook said. “It’s a personal decision, how you store a gun, we just promote gun safety. And gun safety, a part of that, is how you store your gun.” 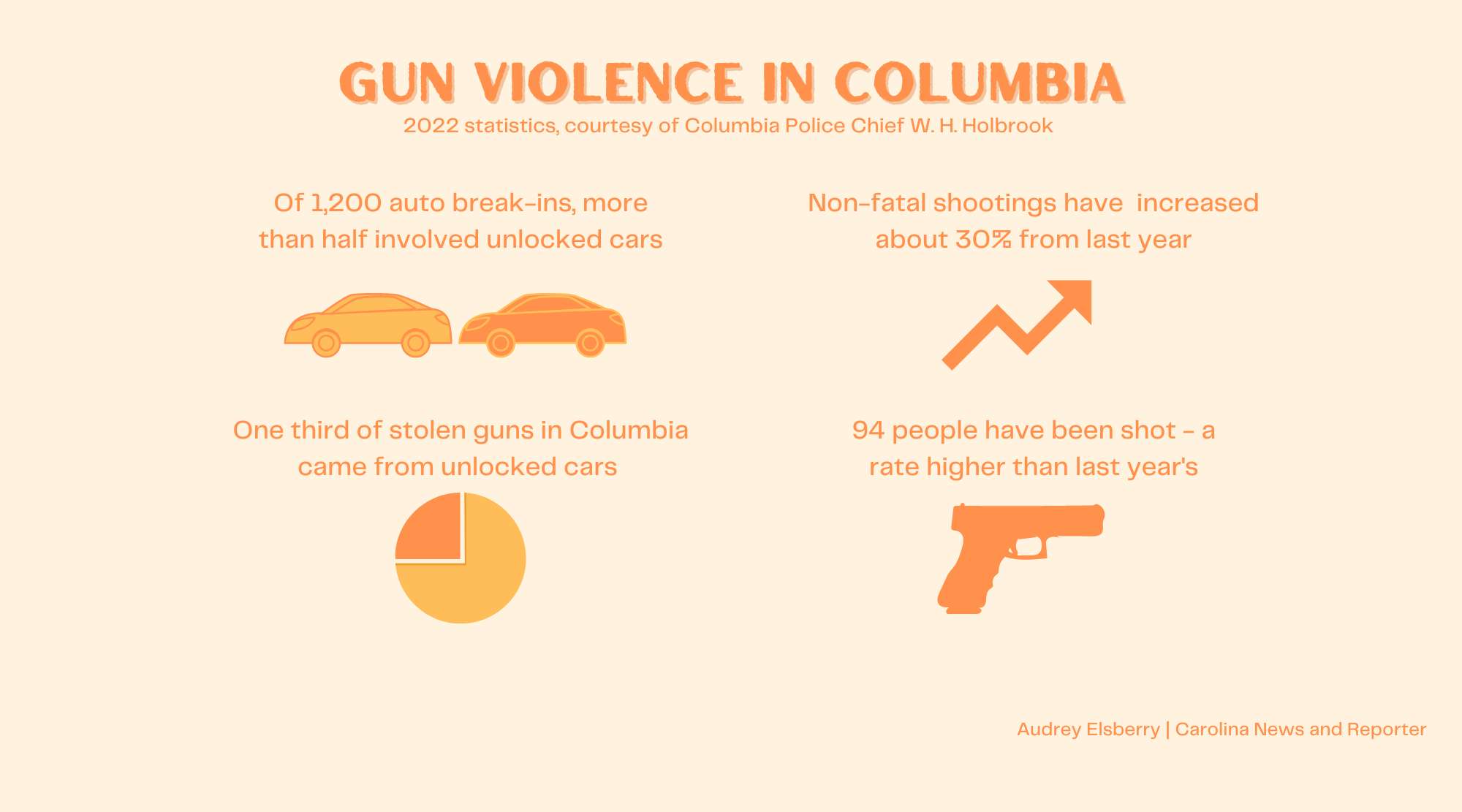 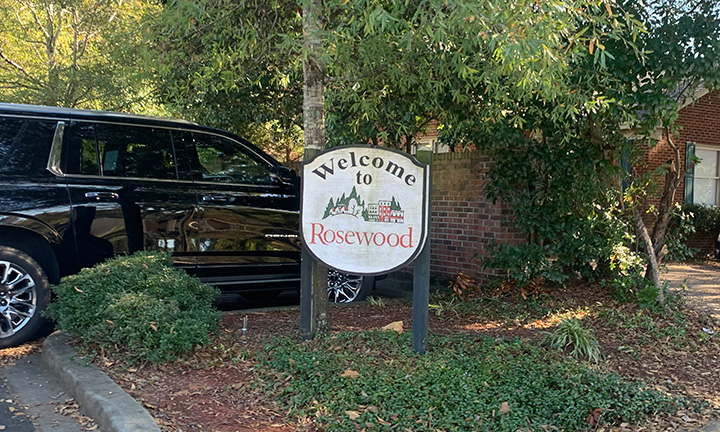 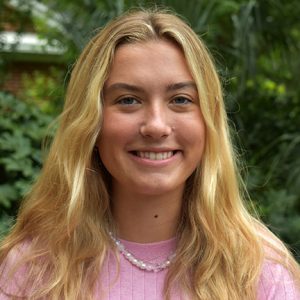