Warm sunshine, the smell of freshly cut grass and the sound of a ball flying off of a bat signals that softball season is in full swing  for the University of South Carolina Softball team.

That was a perfect combination for the team to sweep opening games over UNC Greensboro and Ohio at Beckham Field Friday to open the 2019 home schedule. Carolina defeated  Ohio UNC-G 11-3 in five innings before claiming a win against the Bobcats in a 4-2 victory.

After starting the season in early February in the Puerto Vallarta challenge in Mexico, Coach Beverly Smith said the team was ready to play in front of a home crowd.

“Every team has to come up with their own identity,” Smith said. “And we added a group of freshmen who are very talented and I think the seniors have done a nice job setting what the tone and work ethic is at practice.”

With record-breaking success in 2018, the team plans to use that momentum to advance even further. With a mature returning staff and the addition of five freshman, the team has no doubt in their ability to perform.

Last year the Gamecocks started the season 21-0 and made their second super regional appearance in program history.

“It was kind of a tease,” said Kennedy Clark, senior outfielder. “We were so close to where we wanted to be, but we know now what it takes to get there and to pass that level.”

The good news for the Gamecocks is the team returns all three pitchers Cayla Drotar, All SEC freshman Kelsey Oh, and Dixie Raley. Six of the nine starters are also returning, including preseason All-American Mackenzie Boesel. 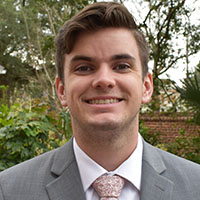 Daniel Carter is a senior broadcast journalism student from Charleston, S.C. With his work being featured on Fox Sports South as well ESPNU, his passion for sports and creativity are at the forefront of his craft. Daniel currently works for athletics at USC as a New and Creative Media producer, photographer, and videographer. His work is on Gamecock Football, who was recently ranked the most interactive college football account in the nation. His goal is to be a director of media production for either a college or professional sports team.