On the Edisto River, a fight for water and a way of life

In 2013, Doug Busbee heard from power company employees that “something really big was going on” near the Edisto River near the small Aiken County community that he cherishes.

Busbee, a lifelong Wagener resident, traveled with a friend down the peaceful south fork of the Edisto River to find a dusty, noisy scene as construction workers drove huge pieces of sheet metal into the river. The workers’ employer, mega potato farm Walther Farm, was building a withdrawal point on the river in order to siphon 800 million gallons of water a month to water crops.

Since that day four years ago, Busbee and other Wagener residents have been fighting Walther Farms and the state Department of Health and Environmental Control to change the state’s surface water law, which provide special exemptions for farmers.

Under South Carolina’s current surface water law, any non-agricultural entity that plans on withdrawing three million gallons or more a month from a river must to apply for a permit. DHEC will only approve this application if it deems the proposed water use reasonable. Permits expire every two decades.

Agricultural users, however, simply have to follow the registration process. They indicate to DHEC how much water they intend to use, and as long as the amount is legal according to safe yield calculations, DHEC has no choice but allow it.

“[A farm] could, if they were registered for the entire safe yield flow of the river, pull out more water from the river than is there, which would mean that the river would end up being dry,” Hugo Krispyn, of Friends of the Edisto organization, said. 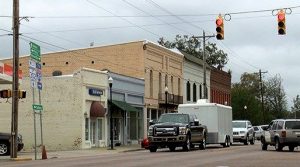 Doug Busbee, a Wagener resident, said the debate over current surface water laws has caused division in the town.

In an attempt to stop the huge withdrawals, a group of South Carolina residents joined the South Carolina Environmental Law Project in a case challenging the constitutionality of the law.

Three years after the case was initially filed, in July of 2017, the South Carolina Supreme Court ruled in favor of DHEC.

In the meantime, Busbee had partnered with groups like Friends of the Edisto and become outspoken in opposition to the current surface water law. As the issue became more prominent in the community, division built within the town.

“I feel shunned sometimes by friends that I’ve had my whole life because I chose to speak out,” Busbee said.

According to Busbee, this animosity stems from the economic role mega farms play in the region.

“There’s a lot of money at stake. A lot of money,” Busbee said. “It’s not millions, it’s billions of dollars.” Walther Farms declined to comment on the issue.

The economics of agriculture also play a role in making change at the policy level.

“The existing law is flawed. When you get people behind closed doors, practically everyone admits that,” Krispyn said.

“It’s very hard to get them to take that position when they’re out in front of people who are doing strong lobbying on the other side.” DHEC declined to comment on the case.

Despite the roadblocks in community support and legislature, the legal system took a step in favor of conservationists. In September, the South Carolina Supreme Court agreed to rehear parts of SCELP’s case.

“Where there’s life there’s hope, and they’ve given us back life,” Krispyn said. The Supreme Court has not set a date to rehear the case.

But Krispyn believes that DHEC, the Department of Natural Resources and state legislature will still be needed to bring South Carolina farms into the surface water permitting process. These increased regulations would be a step, Krispyn said, towards protecting rivers for future generations.

“We’re not against farmers. My son is an agriculture teacher. I love to eat. We all love to eat,” Busbee said. “But we need to be prudent about our most precious natural resource, which is water.”

“The Edisto,” he said, “is a part of us. And it means a great deal to those of us that were born and raised here, and anything that would threaten it is a threat to us.”