Out of state students trust mail-in ballots for 2020 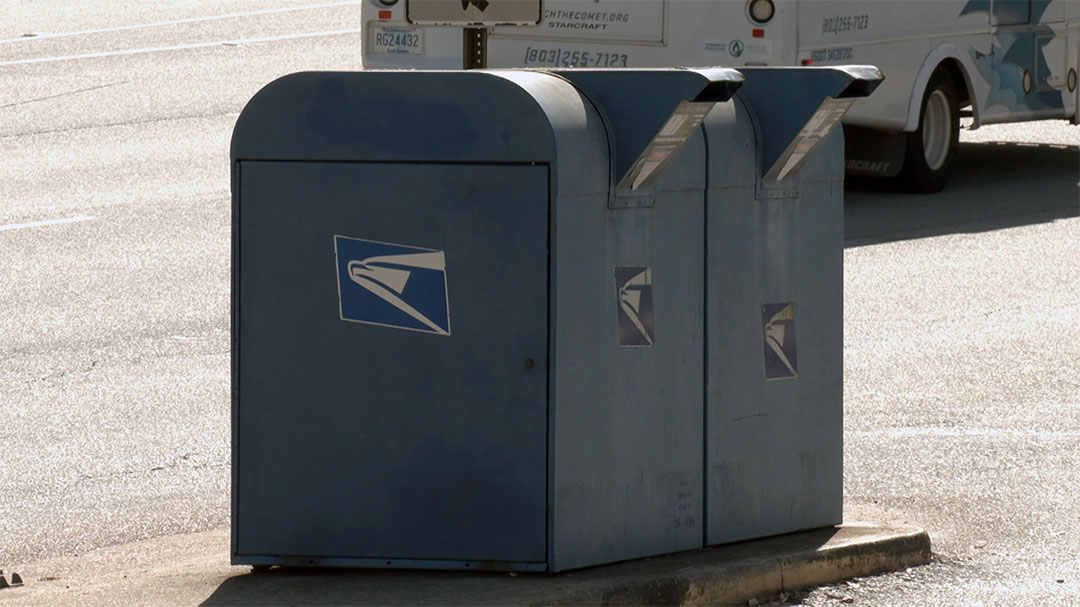 Two of the 113 U.S. Postal Service mailboxes in Columbia can receive absentee ballots.

For many college students in America, this is their first time voting in a presidential election.

Nearly 45% of the undergraduate student body at UofSC is from out of state. Some of the most common states producing Carolina students are Pennsylvania, New York, Maryland and New Jersey.

The drives are long. Ranging between 8 and 14 hours one way, trying to speed home and vote in person before speeding back for classes that same day is impossible. Flights are expensive, and with COVID-19 guidelines changing daily, students are settling on mailing in their presidential vote.

Julianna Vargo, a native of Chester County, Pennsylvania, and a senior public health major, wanted to request her ballot as early as possible to make sure it would be counted.

“I just wanted to make sure that like, there was the smallest chance possible that they mess up with my ballot,” she told Carolina News. “I was a little bit worried and that was why I sent it at the beginning of October, because I just wanted to give them as much chance as I could to get it there.”

Other students, like Abby Mazza of Long Island, New York, want to be certain they follow the guidelines to a ‘T,’ as they’re afraid the ballots could be rejected if they don’t.

“If you don’t put the right stamp on, if you put it in the envelope the wrong way, like it’s not going to get counted. I had to call my mom for her to explain it to me. I just had a lot of questions.”

The Campus Vote Project is a national organization working with students specifically like Mazza and Vargo; students at colleges who attend out-of-state colleges and are unable to get home and vote in person.

Christina Williams has been working with CVP since August, and she has heard all kinds of concerns from students who just want to make sure they’re heard.

“A lot of students are moving around to different locations, staying with different family members, or they may not know – a couple months ago – they didn’t know where they’d be right now. So that’s another issue of not even knowing which state to switch their registration to or apply to or where to even get the ballot sent.”

As the election looms closer, the window to mail in a ballot with the certainty that it will be counted grows smaller.

If you have questions regarding your ballot or how to vote by mail, you can visit the Campus Vote Project’s website: https://www.campusvoteproject.org 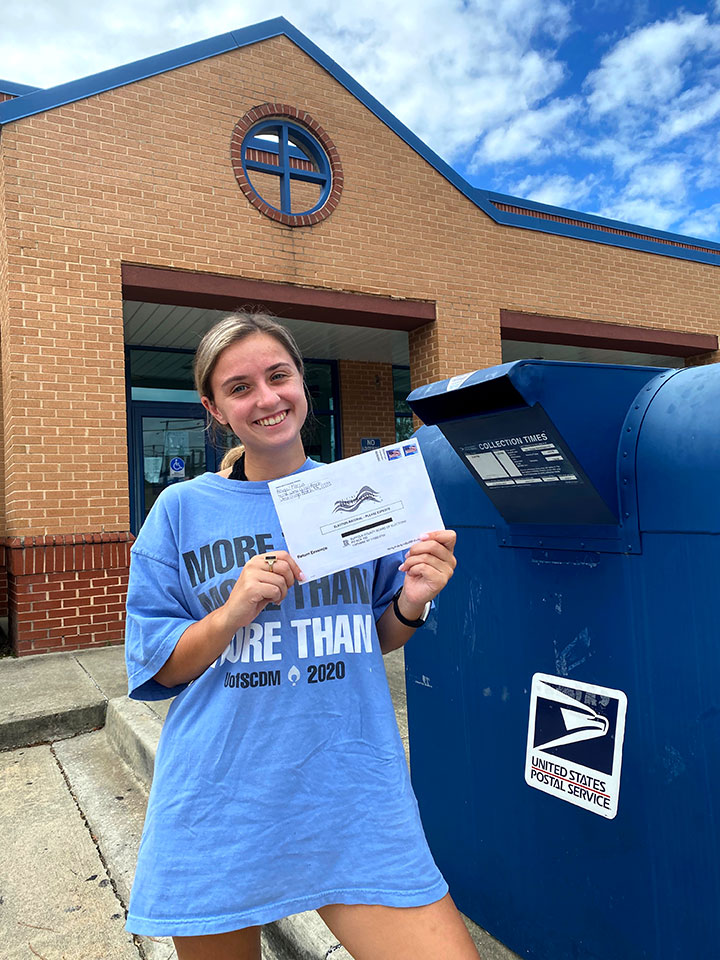 Abby Mazza, a senior from New York, prepares to drop her mail-in absentee ballot into the mailbox. 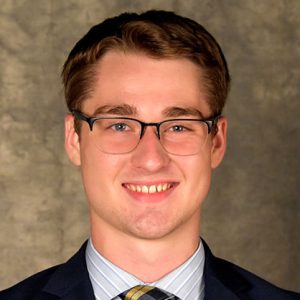 Dillon Clark is a senior broadcast journalism student from Pittsburgh, Pennsylvania. An avid storyteller, Clark has done play-by-play for the University of South Carolina's club hockey team since 2017, and the school's NCAA softball team since 2020. Clark has interned with Alpha Media, parent company of several Columbia radio stations. He hopes to find a job calling minor league hockey upon graduation.