Peep PSYCHii, the artistic brand experimenting with the mind 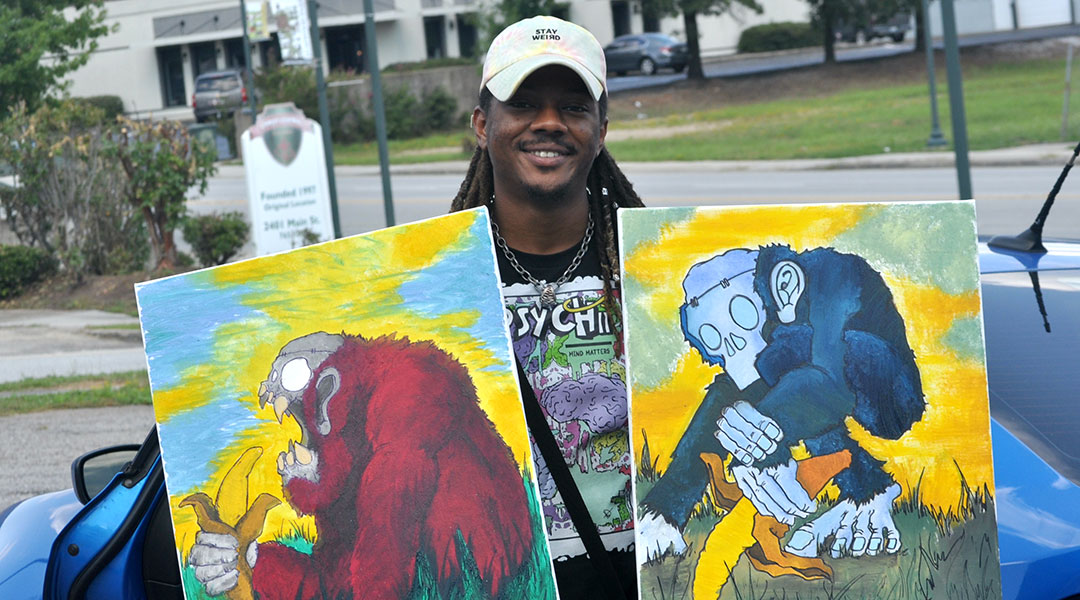 Patrick Rutledge doesn’t want to talk about the weather. He wants to know if you believe in aliens.

The Columbia-based artist is tapping into “those deep conversations that you have at crazy times of the day with your best friend”: Why do your feet smell and your nose run? Do animals have a consciousness? Where is the Girl Scouts’ money going?

That’s part of the inspiration behind Rutledge’s new brand, PSYCHii, which is all about the brain. PSYCHii draws inspiration from psychology figures such as Ivan Pavlov or Sigmund Freud — “he’s super weird” — and expresses this curiosity through various artistic mediums.

So far the brand has produced a series of chill lo-fi remixes and crafted a line of streetwear apparel including T-shirts and hats. Rutledge also displayed canvas paintings at PSYCHii’s first ever pop-up event this fall, all in an effort to explore the inner workings of the mind.

“We’re on a ball that floats in eternal nothingness that’s heated up by a bigger ball. Like, that’s weird as hell, you know what I mean?” Rutledge said. “I just think about stuff like that all the time.”

His work mirrors his out-of-the-box thinking with an emphasis on rule breaking and experimentation. He colors outside of the lines on his T-shirts and produces music with distorted vocals and reduced tempos. It’s not perfect, but that’s by design.

Rutledge graduated from the University of South Carolina in 2018 with a bachelor’s degree in cinematography and film/video production before returning for his master’s degree. Today, he teaches his own courses in sound design and moving image.

Outside of class, Rutledge has already garnered a loyal following in the local music scene under his brand PATx, which blends hip hop, alternative and metal. Amassing more than 11,000 followers on Instagram, he grew his community from genuine connection with those in his crowds.

“He appreciates every fan,” said Cole Connor, a creative entrepreneur who has collaborated with Rutledge in the past. “I’ve seen him a million times just talk to people, have that conversation, be open, dap people up. His ego’s not so big that he’s not gonna appreciate the fact that someone paid 10 bucks to come see your show.”

For this undertaking, Rutledge doesn’t want fans to associate his new brand with his name.

“It’s kinda like the true CEO mindset of, ‘you don’t have a business unless it can run without you,’” local content creator Terrance Roseborough said. “That’s the approach that he’s taking with PSYCHii is, like, everything that I have built, I want to get PSYCHii there with as little of my face as possible so that I can be more behind the scenes and use it as a platform for other up-and-coming creatives.”

Rutledge isn’t PSYCHii like he’s PATx. He much prefers a behind-the-scenes visionary role with PSYCHii, which is why he recruited friend and collaborator Roseborough to help promote the brand. He wants other creatives to collaborate too, eventually contributing their own works of all mediums.

PSYCHii is a more inclusive space, he said. With PATx, either fans like metal and hip hop or they don’t. PSYCHii offers a little bit of everything.

“I’d like to think that the dreamer archetype, the rebel archetype, the philanthropist, the philosopher, the outcast, the weirdo, whatever, can all kind of be in a space that PSYCHii facilitates and have a conversation,” Rutledge said. “Whoever kind of digresses from the norm, so to speak, I’d like PSYCHii to kind of represent them.”

In contrast to PATx’s raw metal screaming, Rutledge likes to calm down with a cup of tea. He says it’s a spiritual and meditative experience for him, one that he picked up in the last few years.

“That happened during me knowing him,” Roseborough said. “He just was like, ‘have you tried Oolong tea?’ And I’m like, ‘oola-what? When did you — when did you become a shaman?’”

As PSYCHii gets its feet off the ground, Rutledge said he anticipates hosting more pop-up events to sell his artwork and merchandise, and one day he’d like to do live music-related events.

And between the screaming, he’ll continue turning his shower thoughts into art.

“He spits out the randomness, it makes no sense, and then he fine-tunes it to where it fits into his brand,” Roseborough said. “That is the quality of artists that’s gonna keep him around for a long time.” 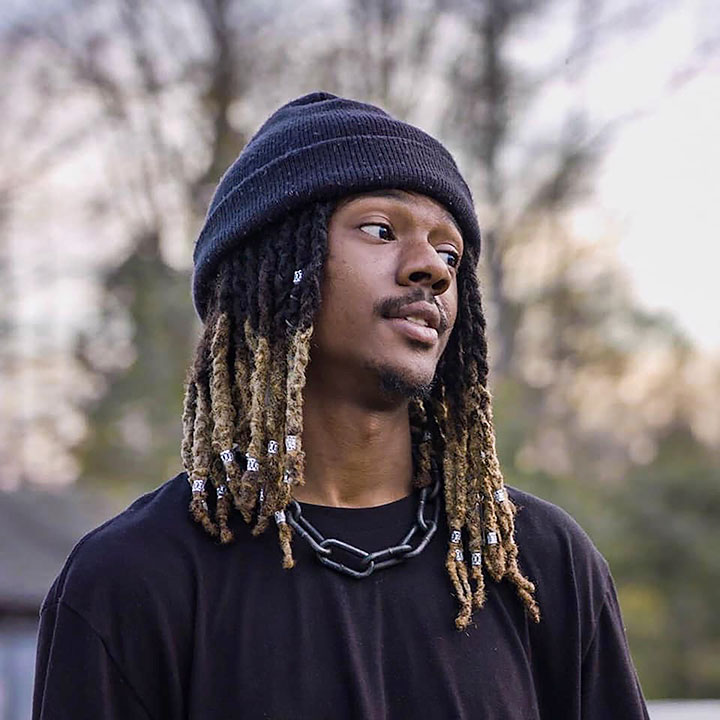 Originally from Lancaster, South Carolina, Patrick Rutledge ditched studio art for film and audio production when he came to the University of South Carolina in 2014. With PSYCHii, he’s dusting off his paintbrush and experimenting with different mediums. Photo courtesy of Austin Prescott 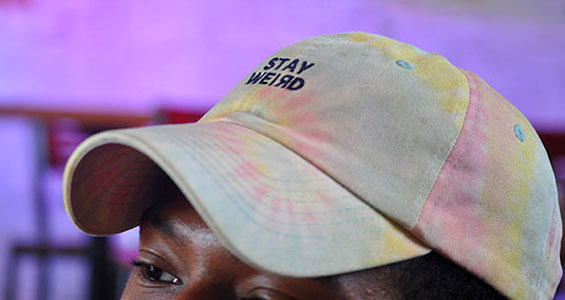 Rutledge said he wants PSYCHii to serve as a platform to have “weird conversations” that you might not have the first time you meet somebody. The brand is all about exploring the depths of the mind. 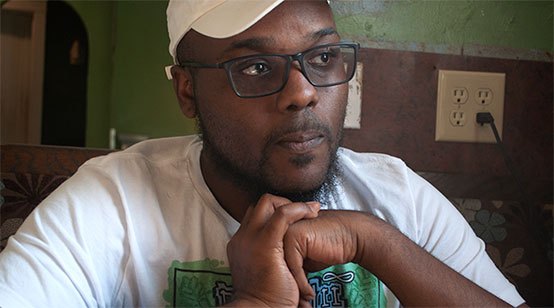 Content creator Terrance Roseborough met Rutledge while working at a concert in 2017, and the two have been friends and collaborators since. The pair has worked on music videos and marketing content in the past, and now Roseborough is a supporter of PSYCHii. 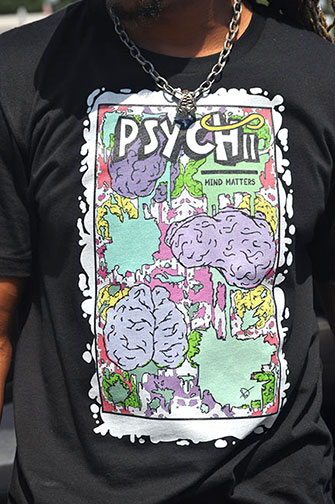 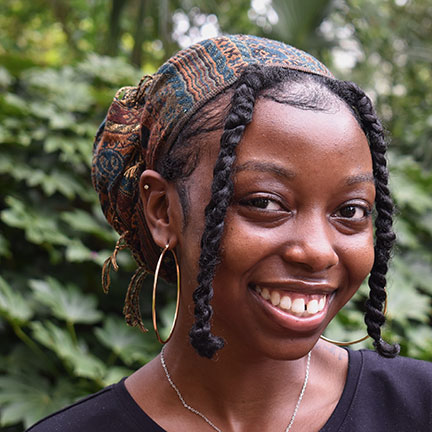