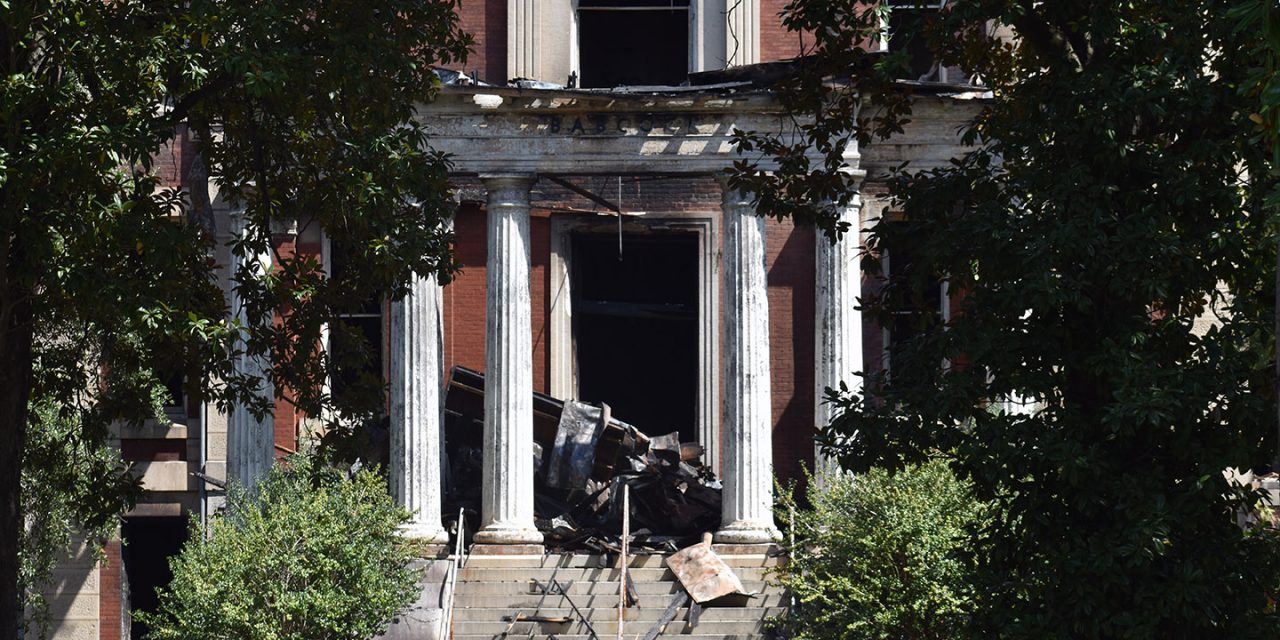 The front of Columbia’s historic Babcock Building was severely damaged by an early Saturday morning fire.

Six persons of interest were questioned on Monday in connection with Saturday’s fire that damaged the historic Babcock Building, the former mental hospital that is now part of the BullStreet District redevelopment project.

Surveillance cameras showed the six individuals on the property the morning of the fire.

“Columbia police are the ones actually questioning these individuals,” Columbia Fire Department’s Public Information Officer Mike DeSumma said. “I don’t know what the nature of the questioning has been.” The investigation is ongoing.

The Babcock Building, located on Bull Street, has been abandoned for over 20 years. A police officer patrolling the Bull Street area noticed the building ablaze around 6:30 a.m. Saturday morning.

Fifty firefighters and fourteen fire trucks arrived on scene. Fire spread over all four levels of the building including the attic. It took 10 hours to extinguish the fire.

The cause of the fire is still undetermined, DeSumma said.

A number of agencies are assisting in the investigation, including  the Columbia Fire Marshal’s Office, the South Carolina Law Enforcement Division and the Bureau of Alcohol, Tobacco, Firearms and Explosives.

“The Babcock Building used to be a part of the State Department of Mental Health… it’s still a state property, and because of that, there are a lot of parties on hand for this investigation,” DeSumma said.

According to DeSumma, the Columbia Fire Department has responded to several two-alarm fires but it has been several years since they have responded to a three-alarm fire.

The Babcock Building was bought by Virginia based renovation company Clachan Properties, which planned to turn the abandoned asylum into an apartment complex as a part of the BullStreet District redevelopment project. 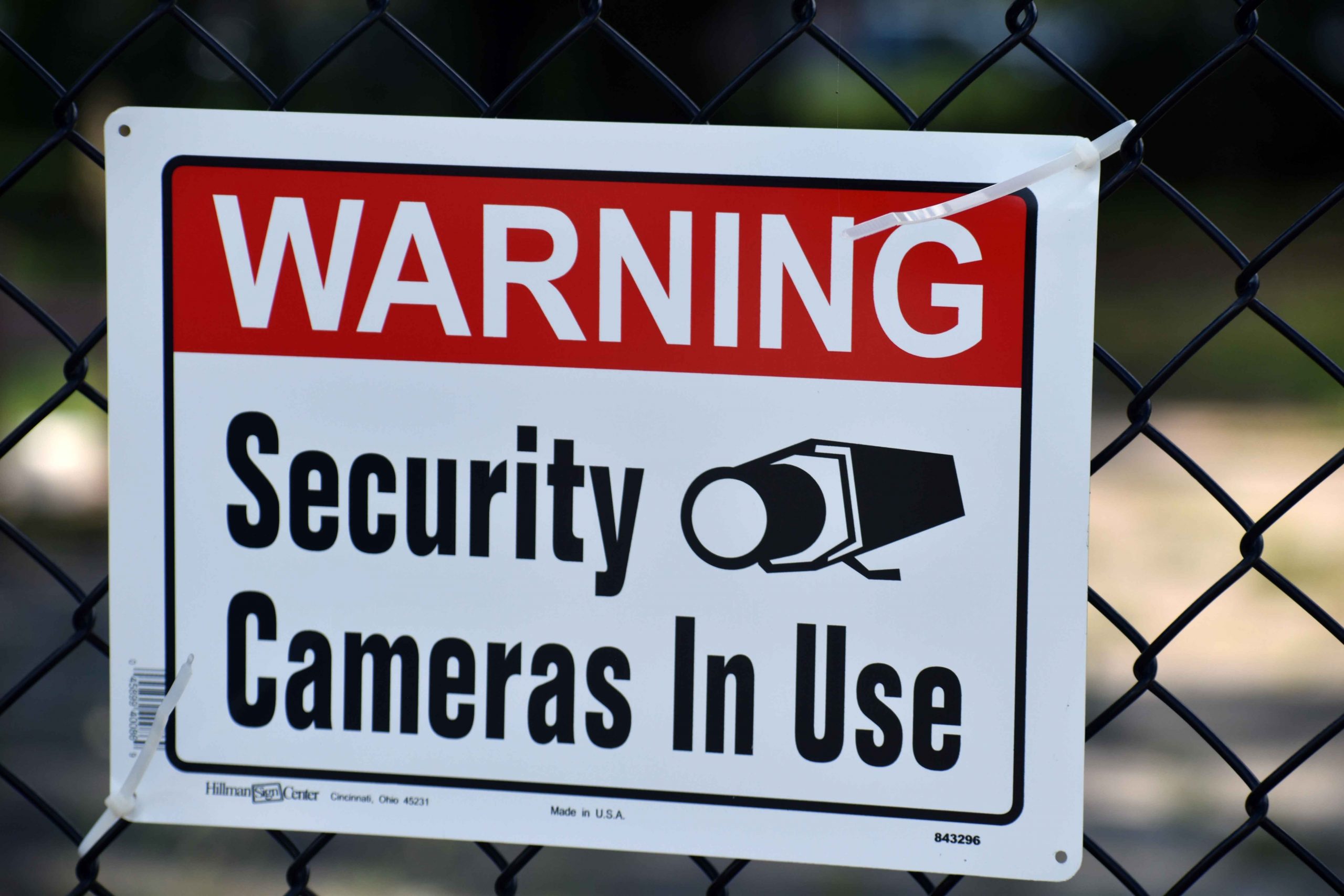 A warning sign hangs on the back gate surrounding the Babcock Building. 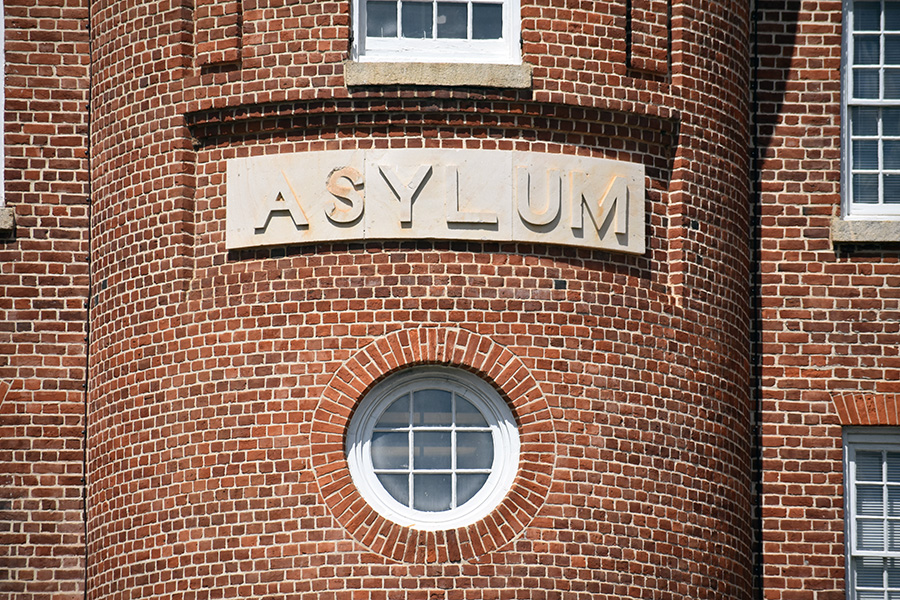 Many parts of Columbia’s former asylum are left untouched by the fire. 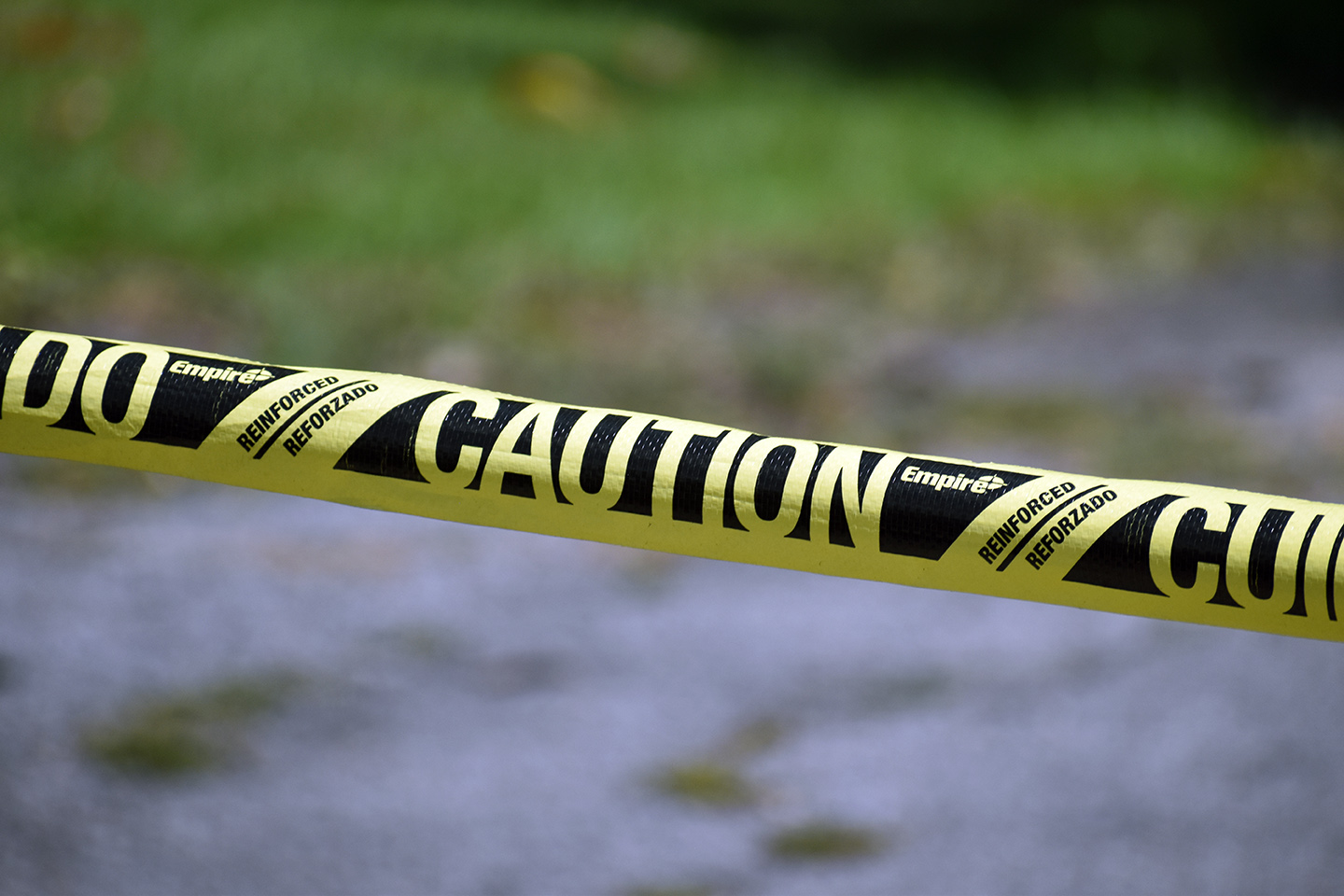 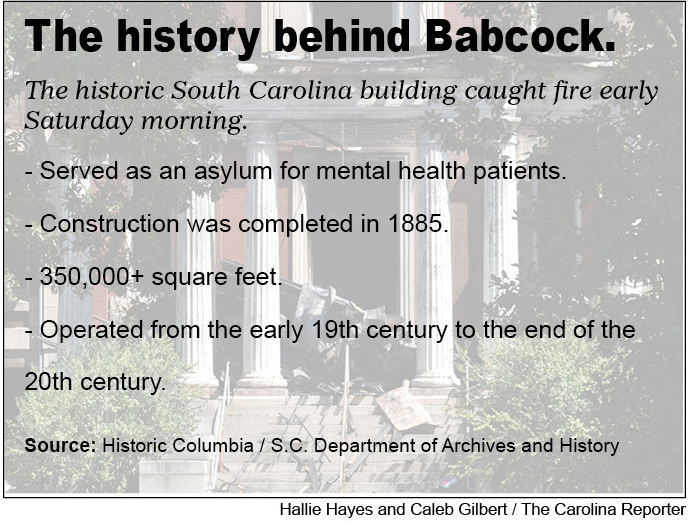 The graphic shows history behind Columbia’s treasured Babcock Building, formerly an asylum for the mentally ill.