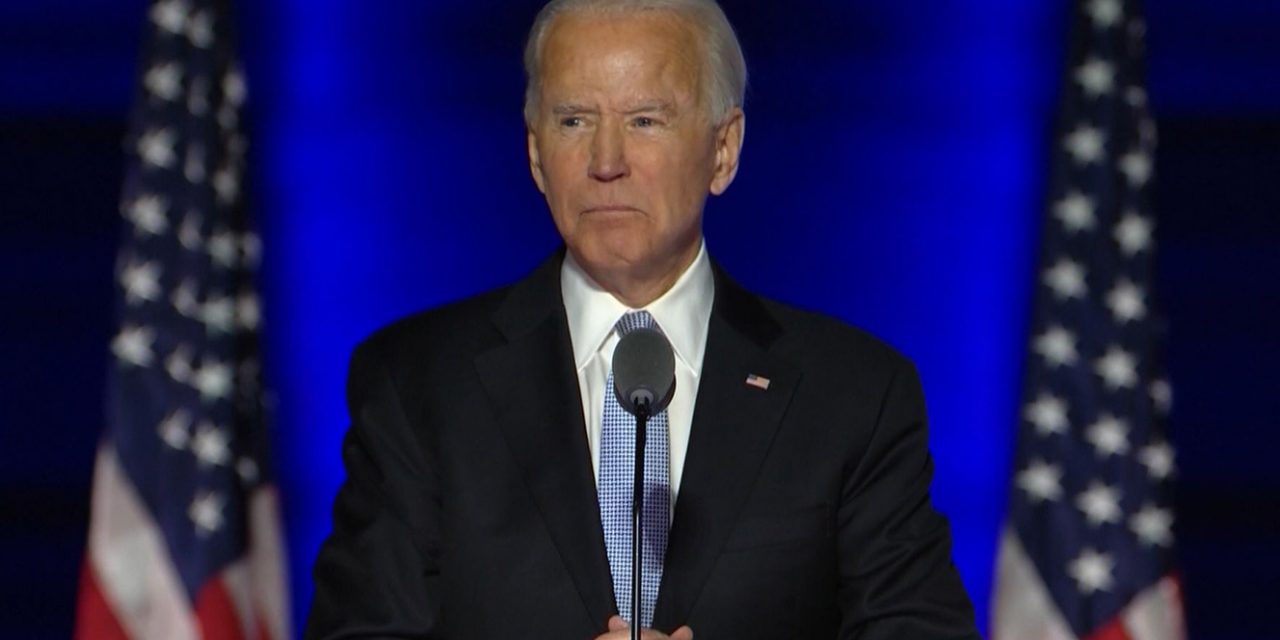 President-elect Joe Biden addresses the nation on Nov.7 after winning the presidential election. Biden mentioned many times in his speech his drive to unify the nation, not divide it. Photo credit: CNN Newsource

After days of political uncertainty, America elected Democrat Joe Biden as its 46th president. He becomes the first candidate in over 25 years to beat an incumbent president.

Biden led by nearly 5 million in the popular vote and has received 279 electoral college votes to President Trump’s 214. Trump has yet to concede and has mounted some legal challenges to the vote.

Biden’s acceptance speech on Saturday night in Delaware brought confidence and a desire to unify the nation.

“I sought this office to restore the soul of America, to rebuild the backbone of the nation — the middle class,” Biden said. “To make America respected around the world again and to unite us here at home.”

Biden’s running mate, California Sen. Kamala Harris, is the first woman and woman of color elected vice president. Harris shared a remembrance of her late mother, saying without her, Harris wouldn’t be where she is today.

“When she came here from India at the age of 19, maybe she didn’t quite imagine this moment,” Harris said of her mother. “But she believed so deeply in an America where a moment like this is possible.”

Biden showed confidence in the election results, saying the American people have delivered a clear and convincing victory for him and Harris.

Biden is planning to quickly sign a series of executive orders after being sworn into office on Jan. 20.

His first focus is likely to be the COVID-19 pandemic. Biden is set to name a 12-member coronavirus task force, and he said he will speak with Dr. Anthony Fauci, the nation’s top infectious disease expert, before taking office.

Biden is also expected to announce a series of executive orders that would undo many of Trump’s foreign policy actions. This includes rejoining the Paris Climate Accord and the World Health Organization, both of which Trump exited in 2017 and this year, respectively.

Immigration was another key issue Biden highlighted throughout his campaign. He said he will repeal Trump’s ban on travel from some Muslim-majority countries and reinstate the Deferred Action for Childhood Arrivals program, which allows undocumented immigrants who were brought to the U.S. as children to remain in the country.

Trump alleged a lack of transparency in the voting count process in Michigan and claimed ballots received after the 7 p.m. deadline on Election Day in Georgia were mixed in with legitimate ballots. Nevada’s lawsuit is based on Trump’s claim that Clark County should not be able to use a machine to verify signatures, while the Arizona lawsuit is based on the Trump campaign’s claim that some voters had their ballots incorrectly rejected because they used Sharpies to fill them out.

These lawsuits come after months of the president telling his supporters he would only lose by massive voter fraud.

“We are making big progress,” Trump said in a tweet Tuesday morning. “Results start to come in next week. Make America Great Again!”

Secretary of State Mike Pompeo declined to acknowledge Biden’s victory or commit to a peaceful transfer of power.

“There will be a smooth transition to a second Trump administration,” Pompeo said.

“The 2020 Presidential Election isn’t over until every legal ballot is counted,” Wilson said. “I have faith in our judicial system and look forward to seeing this election carried out in full.”

“The law is clear: All legal votes must be counted, and all illegal or fraudulent votes discarded,” McMaster said in a statement on Twitter. “President Trump has a right – and a duty – to see that this happens… It is only through accuracy and transparency that the American people can have confidence in this election.”

The majority of over 400 protestors did not wear masks and carried signs in support of Trump. Though there was a heavy police presence, no arrests were made.

As the Trump campaign continues to dispute the vote counts in battleground states, Dec. 8 is the deadline for resolving election disputes at the state level. All state recounts and court cases over election results must be completed by this date.

The House and Senate will hold a join session Jan. 6 to count the electoral votes, which electors complete by paper ballot on Dec. 14. 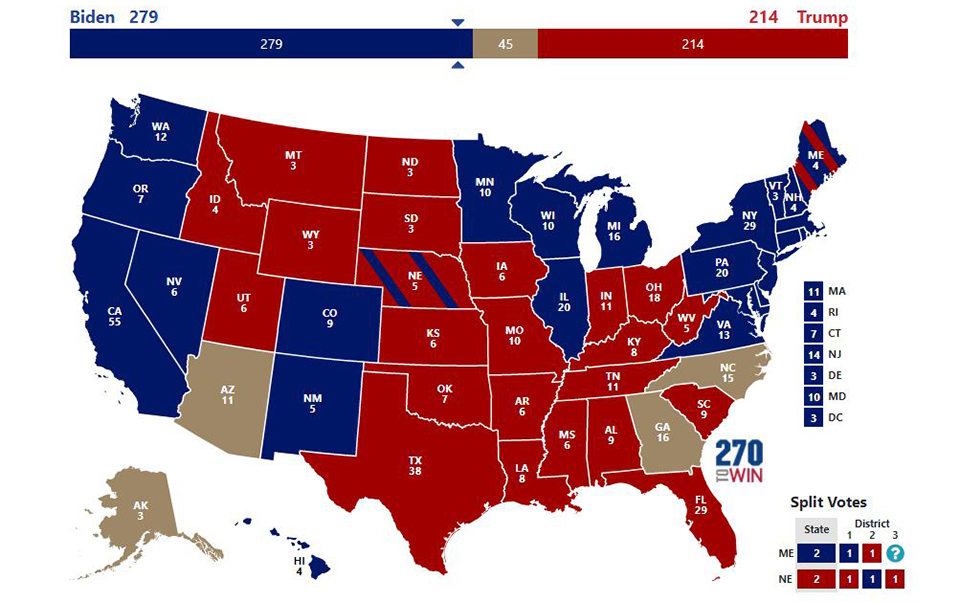 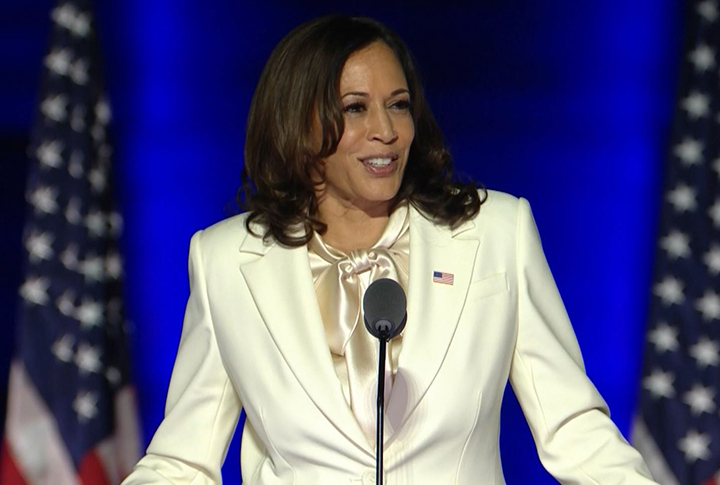 Vice President-elect Kamala Harris, the first woman and woman of color to hold this position in U.S. history, inspired other women and minorities during her speech to believe a moment like this is possible. Photo credit: CNN Newsource 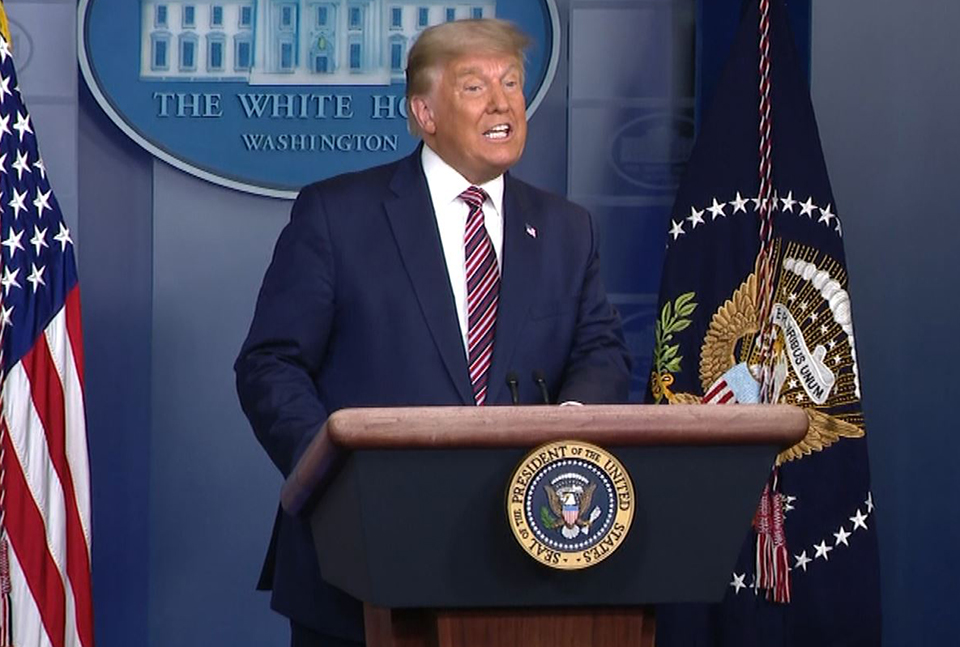 President Donald Trump has contested the election results consistently since the night of the election. Trump has questioned the mail-in ballots for many battleground states. Photo credit: CNN Newsource