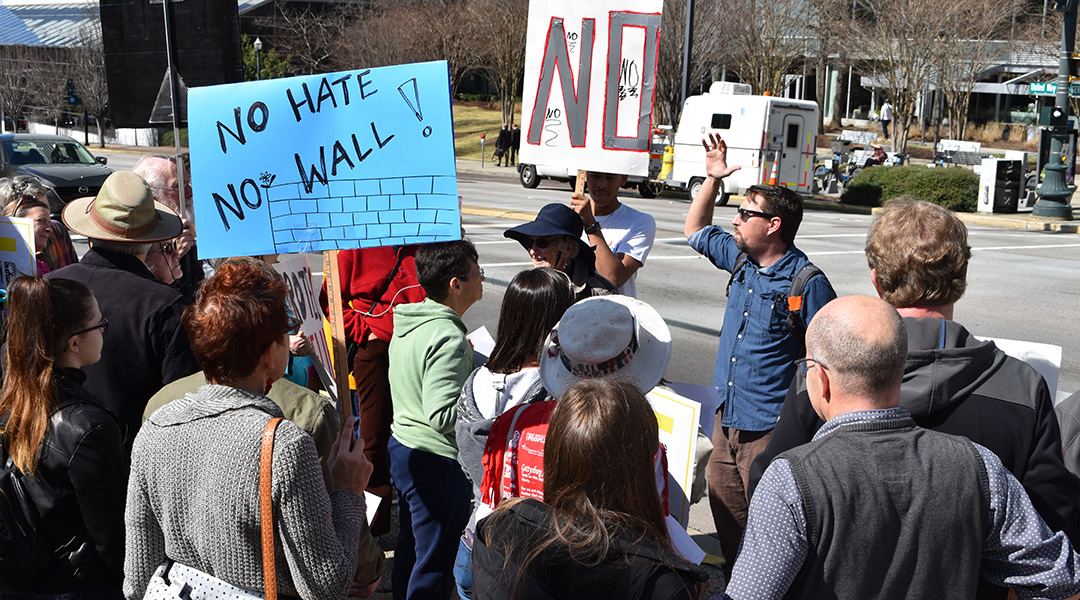 Drew Hudson, a MoveOn volunteer, organized the crowd outside the State House and led the march towards the Woodrow Wilson Family Home.

Protestors gathered at the State House Monday to protest President Trump’s declaration of national emergency and the building of a border wall.

The event, organized by MoveOn, a progressive advocacy group, is part of a nation-wide day of protests in response to Friday’s announcement in Washington.

“This is an activation of what we call the crisis response network, which is a collection of groups, including MoveOn, 350, OFA and a bunch of others, in response to President Trump’s declaration of a fake national emergency last Friday,” said Drew Hudson, a MoveOn.org volunteer. “We’re here to say we think that’s a terrible idea, and also to highlight things we think are real national emergencies, like climate change, voting rights, gun violence and reproductive justice.”

“This is a national event, it’s a day of action all over the country to protest the fake emergency, to insist that there are real emergencies like climate change, and mass incarceration, and the erosion of civil rights and civil liberties, and we care a lot about that,” said Nina Grey, a member of the Unitarian Universalist Congregation of Columbia.

Even though protests were nationwide, some protestors travelled far from home.

“I’m here to try to say my peace about this stupid national emergency; he’s outdone himself this time,” said Fred Sandler, a Vietnam veteran from South Bend, Indiana.

The protest began in front of the State House and the group ended with a march to the Woodrow Wilson Family Home on Hampton Street. 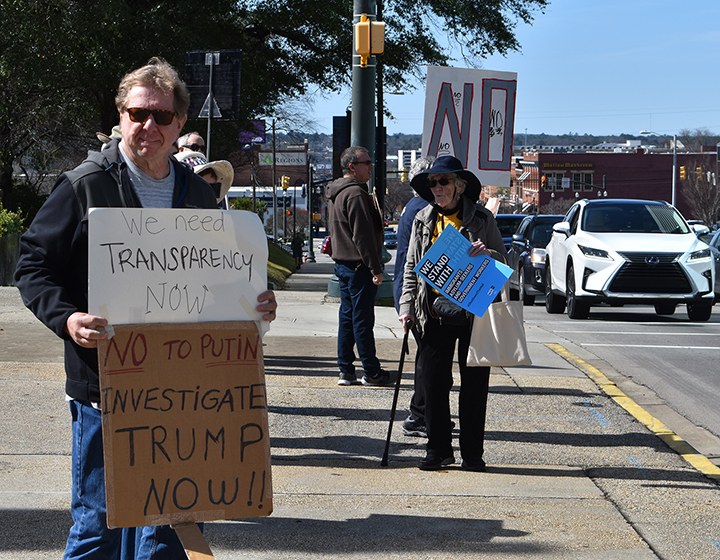 Some protestors arrived early to the State House with signs displaying their concerns other than the border wall. 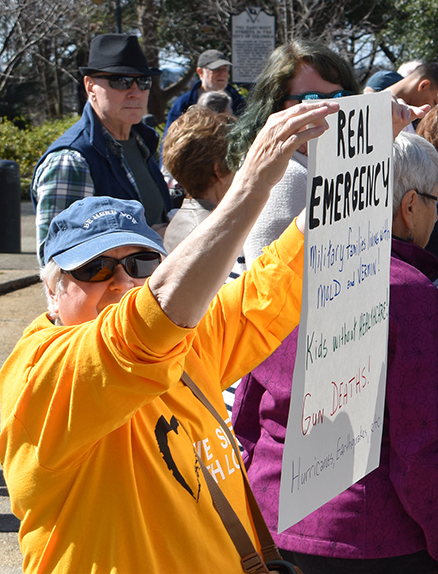 Protestors highlighted the issues they consider national emergencies, such as conditions for military families and gun violence and safety. 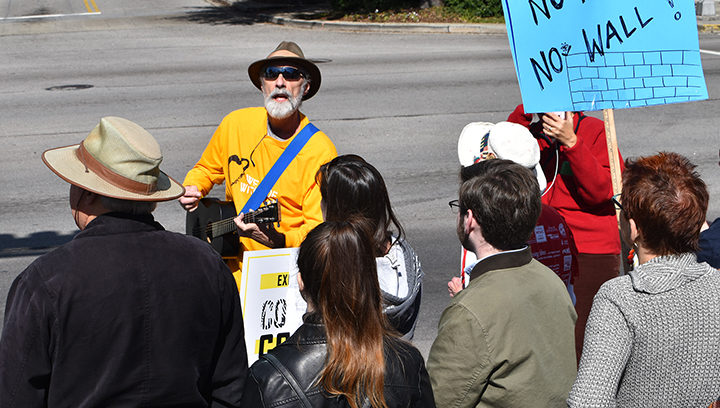 A member of the Unitarian Universalist Congregation of Columbia brought a guitar to the event and led the group’s protest songs.

Dozens of protestors gathered along the sidewalk outside the state capitol with signs opposing President Trump’s declaration of a national emergency and construction of the wall.