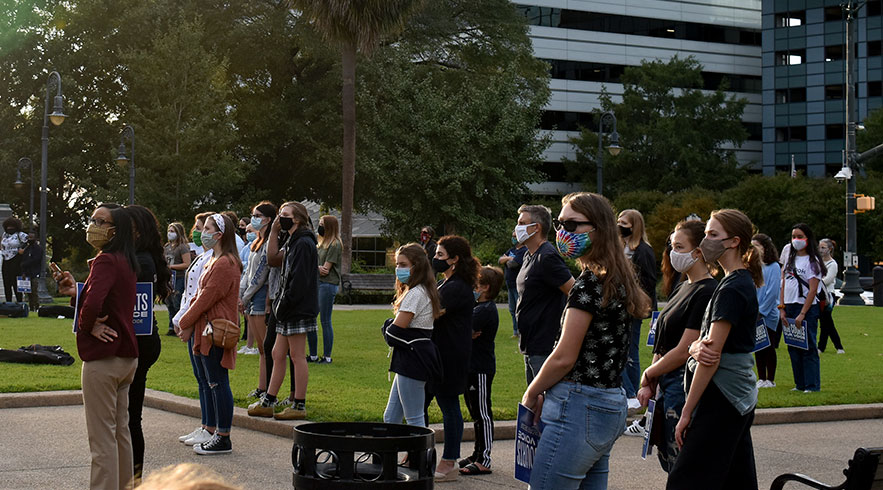 Less than one week after the passing of U.S. Supreme Court Justice Ruth Bader Ginsburg, mourners and protestors came Wednesday evening  to the S.C. State House steps to honor her memory and to voice their opinions to congressional representatives who are  preparing to quickly replace her on the nation’s high court.

Ginsburg lay in repose at the U.S. Supreme Court Wednesday and Thursday. Her coffin was to be taken to the U.S. Capitol Friday  where she will be the first woman to lie in state.

Republican U.S. Sen. Lindsey Graham, who is the chairman of the Senate Judiciary Committee, now supports President Trump’s decision to move forward with a nomination process, as early as Friday. This contradicts a statement he made in 2016 about a potential vacancy in the last year of Trump’s presidency.

Some of the protestors at the State House were upset with what they say is the hypocrisy of his message.

“I think that if you want to make a statement and you want to show unity, then be fair,” Perry Bradley, founder of Building Better Communities non-profit, said. “You know, Obama tried to do it, blocked it. Why are you supporting it now? What is the difference?”

Others in attendance agreed.

“I’ve never been a fan of his and I think now he just wants to stay in office and he’s going to say whatever it takes to keep him in office,” Claire Salisbury, a sophomore at A.C. Flora High School, said.

But the main message was to remember the work Ginsburg had done as a Justice and as a successful attorney.

“I came here because Ruth was again such a huge voice for women, not only women but equality for both men and women,” Anna Quattlebaum, a sophomore at A.C. Flora High School, said. “And I feel like her voice needs to be heard, and since she can’t do that anymore it’s our job to spread her voice.”

Outside of the capitol city in Newberry, South Carolina, Ginsburg’s death, and the battle to replace her, was not as pressing.

“Just follow the process. Do what we always do,” Chad Shealy said. “Just because it’s election year, shouldn’t change that process. But unfortunately, as far as things are, politically right or left, it’s probably not going to be that way.”

“I don’t think that should be a position that should be filled so quickly because there’s so much power and influence that comes with that position,” Devette said.

During a tense election year, finding a candidate who holds fair and equal beliefs is important to voters.

“Republicans want to put somebody in there with a Republican belief, and the Democrats want to do the same,” Shealy said. “I think it should be a little more…should be right out in the yellow line, right in the middle of the road.”

While the nomination process to fill Ginsburg’s vacancy could be done within the six weeks prior to the election, the likelihood that it will finish before is unlikely.

“On average, it takes about 47 to 50 days to do a confirmation of this kind of magnitude and that would be for a candidate that would be well received by all parties,” Kirk Randazzo, a political science professor at the University of South Carolina, said. “For a controversial nomination, now we are looking a lot longer than that.”

“More likely though, we could see the confirmation happening sometime during November, possibly sometime into early December right before the Senate recesses for the winter holidays,” Randazzo explained.

The effects of completing a nomination process so close to an election include a possible change of power and the lame duck session of Congress prior to Inauguration day in January.

South Carolinians concerned about the Supreme Court nomination should voice their opinions to their senators, in particular Graham because of his role in the judiciary committee, Randazzo said.

No matter how the nomination process goes on, it is going to be a long road ahead for American voters.

“I think that we are about to see partisan politics at its worst,” Randazzo said. “And that is disappointing because I don’t think it needs to be and it’s certainly not the way Ginsburg would have wanted it, nor is it the way (the late U.S. Supreme Court Justice Antonin) Scalia would have wanted it four years ago when he died.

“It is unfortunate, and you think about the two them. Best of friends but diametrically opposed in terms of their judicial philosophies. I wish we could take more of their collective example to heart and just not be so bitter when we engage with people on the other side, whatever their politics are.” 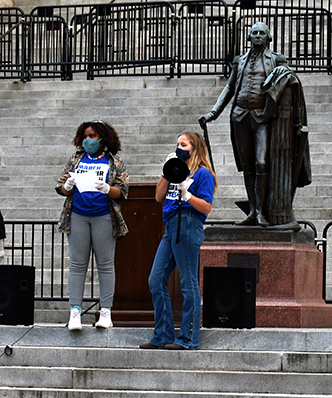 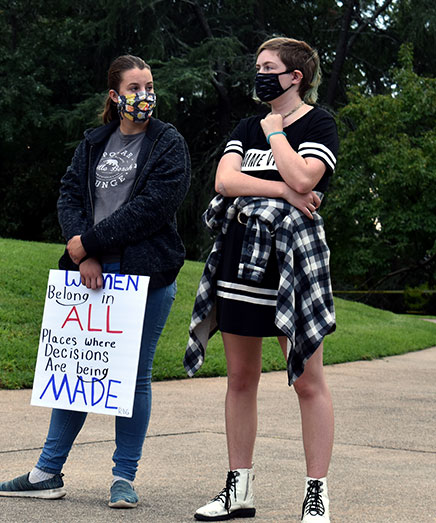 Elizabeth Basile and Isabella Campbell, sophomores at University of South Carolina Aiken, listen to speakers at the State House. 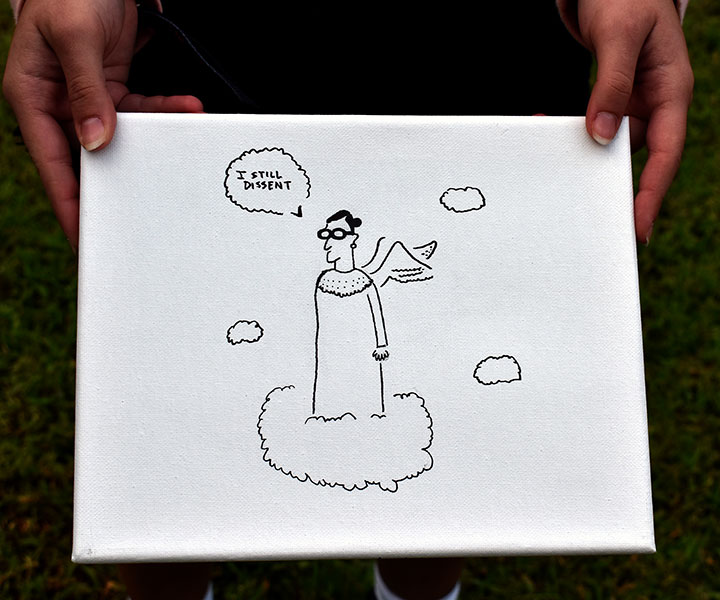 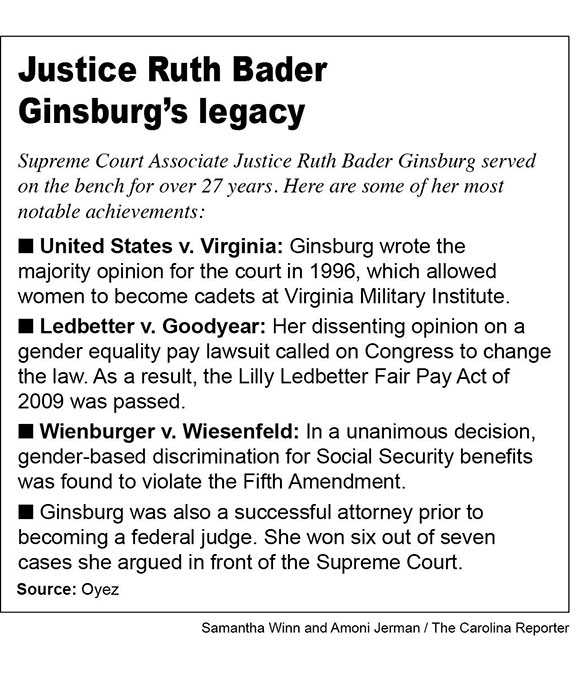