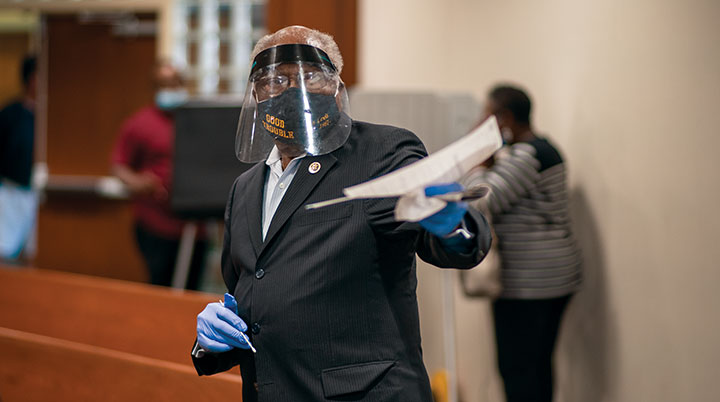 House Majority Whip Rep. James E. Clyburn gestures to the voting booth as he prepares to vote on the first day of absentee voting in South Carolina.

Clyburn cast his ballot Monday, saying he voted early as he does every year.

“You never know what’s going to happen on Election Day,” said Clyburn, who cast his ballot at the Orangeburg County Administrative Center. “Covid-19 applies to everybody which means that everybody in South Carolina can vote in-person absentee.”

Clyburn, who as House majority whip is the third ranking Democrat, said he believes that this is the most critical election since Abraham Lincoln was elected in 1860, at the beginning of the Civil War. Following the South’s defeat, the United States began the period of Reconstruction which lasted until President Rutherford B. Hayes was elected in 1877.

“Rutherford B. Hayes was elected president of the United States by one (electoral) vote and if one vote can usher in over a half century of Jim Crow laws, then one vote could very well be your vote,” Clyburn said.

Clyburn is encouraging people to vote because of what he calls “failed leadership” in this country. He criticized the Trump administration for not having a national plan for dealing with the coronavirus and thus not allowing people to go back to school and work safely.

“This administration, I’ve said it before and I’ll say it again today, is the most feckless and most reckless administration in the history of this country,” Clyburn said.

Clyburn has been watching his friend and former vice president Joe Biden close the gap with President Trump in South Carolina. The latest Quinnipiac poll showed Trump leading Biden by one percent in South Carolina.

Clyburn said he is encouraged to see people lining up to vote early all over South Carolina, pointing out the long lines reported in places like Charleston and Columbia. He said he believes that citizens are voting in greater numbers because they are concerned with the direction this country is moving.

“The last poll I saw in South Carolina had a one point spread between Biden and Trump,” Clyburn said.  “In the last few days, he’s (Trump) down to one point and I think by Election Day it will be one point in the other direction.

Clyburn also called out Jaime Harrison, the Democratic challenger to U.S. Sen Lindsey Graham, saying that he was “very proud of Jaime” for running so close in the polls.

“I think South Carolinians are beginning to find out what I saw in Jaime Harrison almost 20 years ago,” Clyburn said. Harrison is a former state Democratic Party chairman.

Clyburn was instrumental in elevating Biden as he and other Democrats battled for the Democratic presidential nomination. His endorsement of Joe Biden came two days before the South Carolina primary who then won with almost 50% of the votes.

Clyburn said his decision to go public with his endorsement came after a woman beckoned to him and said that she and many others in her community needed and were waiting on his endorsement.

In his public address, Clyburn said this country was at an “inflection point” and that he was fearful for its future.

“I know Joe Biden,” said Clyburn. “I know his character, his heart and his record. Joe Biden has stood for the hardworking people of South Carolina.”

After South Carolina, Biden went on to win every Southern state primary where, according to exit polls by the Washington Post, a large portion of his support came from black voters, voters who decided on a candidate within the last few days and voters who valued race relations. 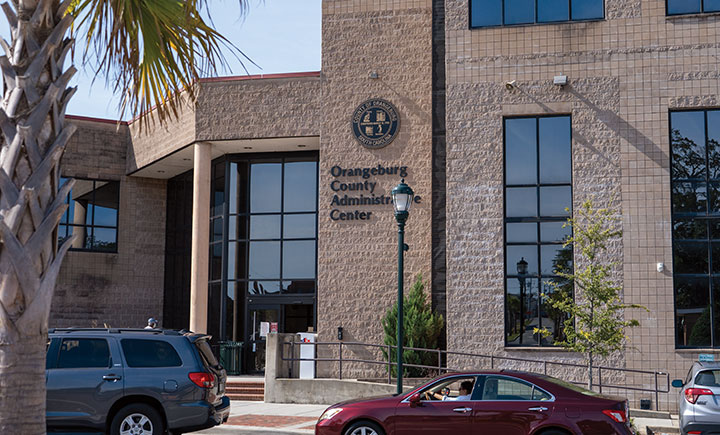 Orangeburg County Administrative Center is one of many sites across the state for in-person absentee voting. 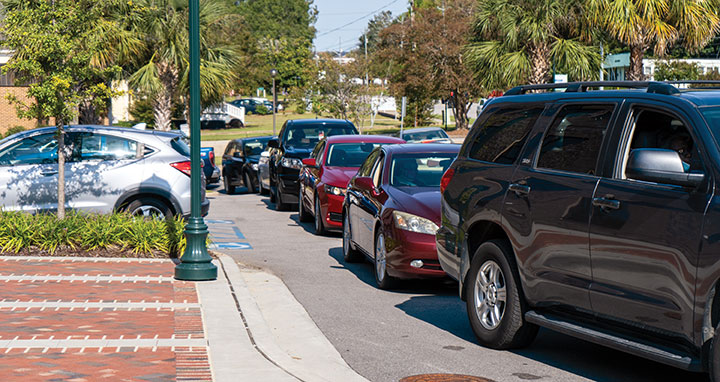 Drivers line up outside Orangeburg County Administrative Center to be the first to vote. 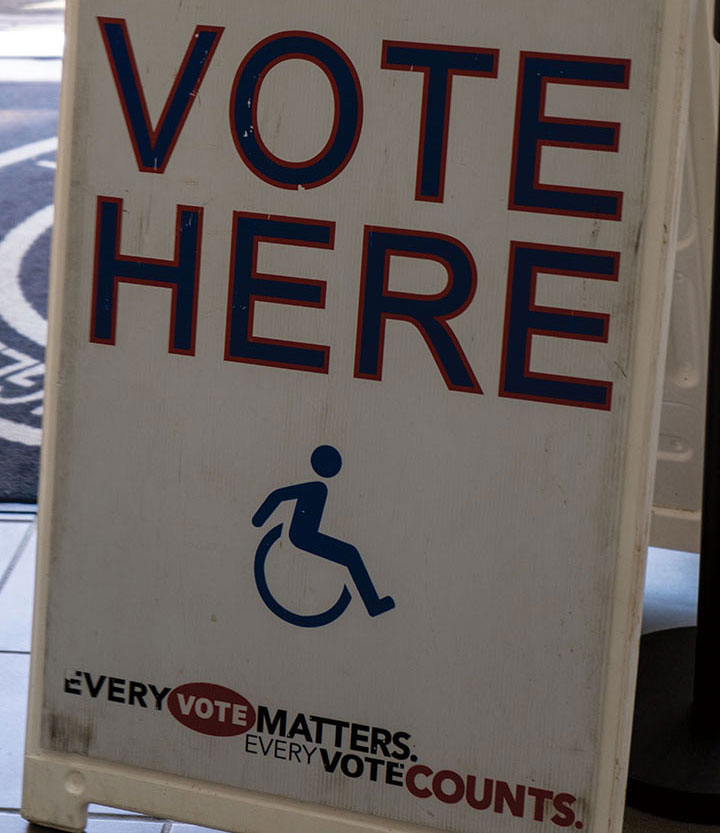 Long lines form at the voting stations throughout cities in South Carolina. About 360,000 South Carolina residents voted absentee in 2016 and the state expects about a million or more this year.