Retailers open their doors after weeks of forced closure 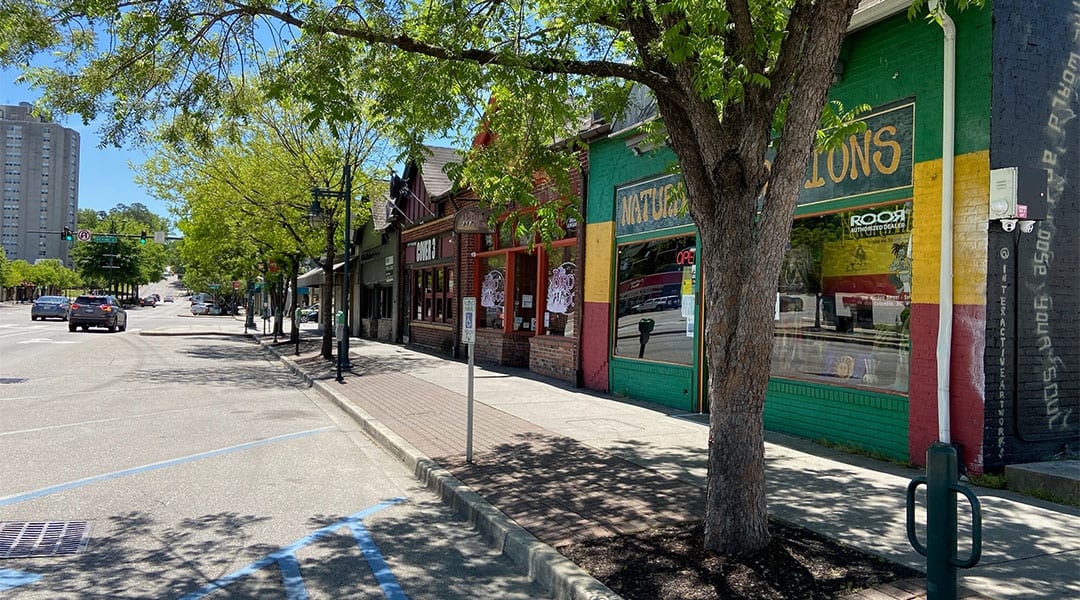 Retailers in Five Points open as a ban on non-essential businesses was lifted by Gov. McMaster after nearly three weeks of closure due to the COVID-19 global pandemic.

By JOSEPH LEONARD and LANDON STAMPER

Chris Chapman opened his jewelry store, The Chapman Company Fine Jewelers, for the first time in a few weeks and even though Tuesdays are a normal busy day, he had only five customers by lunchtime.

“We’ve been here, what three hours and I’ve had maybe about five customers,” Chapman said. “I would’ve had probably 25 by now, normally.”

A day earlier, Gov. Henry McMaster announced that some retail businesses like Chapman’s could safely re-open as health officials continue to deal with the coronavirus pandemic. McMaster lifted the ban on “non-essential” businesses after they had been closed for 17 days under an executive order.  Jewelry stores, furniture stores and clothing and shoe stores are among a dozen businesses that are now able to reopen.

Chapman said the Lexington store had been operating mostly online since McMaster’s ban on non-essential businesses and he had been receiving many requests through the store’s text message service. During this time he said he and employees were cleaning cases and jewelry. They are continuing this practice now that his doors are reopened.

Chapman said it will be challenging to get customers in the doors because some might not be aware that the store is open.

“I see business being at least, probably 50% off of normal, maybe a little more,” Chapman said.

However, Chapman said his store is following safety guidelines from the state such as washing hands frequently with hand sanitizer, maintaining a six-foot distance from customers and trying to avoid any sort of touching with customers.

“We try to handle it (merchandise) as little as possible, you know, like putting, a watch on cloth or a board and hand it to [customers],” Chapman said. “You know, I’m not physically putting it in their hand and I’m handing it to them on a tray.” Chapman said he trusts his customers to follow the same health guidelines as they enter his store.

George Carson, owner of Marty Rae’s furniture store in Lexington, said he is also taking safety precautions in his business since the COVID-19 pandemic began. He’s offered customers a contact-less delivery and online payments. If no one was sick or showing symptoms then his delivery people would enter customers’ homes for furniture drop-off during the nearly three-week shutdown of non-essential businesses.

Another safey matter Caron took was “putting a plexiglass shield up to help protect my customers and also my employees,” at the checkout counter he said. The store also will no longer handle customer’s credit cards and instead will have them insert the cards into machines themselves.

“I’ve had a number of customers already come in and make that comment and they said ‘Man, I’m so glad y’all are open,'” Carson said, including customers who are eager to purchase new sofas.

Hand sanitizer and hand wipes are available for customers as they walk in and employees are welcomed to wear a mask and gloves if they decide. Carson said his store will follow the capacity guidelines of no more than five people per 1,000 square feet while employees are also encouraged to remain six-feet apart from customers.

“No handshakes, and in the day of iPhones instead of doing a card, maybe text your contact information to them, so they’re not touching your business card,” Carson said he’s told his sales employees.

He also said a friend of his who happens to be a doctor wanted to purchase a mattress. Carson said she came into the store and he laid napkins on the mattress to avoid direct contact with her and the mattress and maintained a distance from her during her visit and purchase.

Carson said many of his sales staff are elderly and were fearful of contracting COVID-19, so some decided to step away from the store when the virus reached South Carolina.

“So, in effect, it was really just me and my system manager and operations manager working in the store until we closed,” Carson said.

Carson said his store has been running discounts to first responders since the pandemic began and will ensure customers that the store will take caution during its reopening amidst the global pandemic.

“We’re practicing social distancing, and if [customers would] rather us take an order over the phone or online, we could do that,” Carson said.

Steve Cook, board president of the Five Points Association, said that the association will support the businesses that choose to reopen in the popular restaurant and bar district near the University of South Carolina. Cook emphasized that it’s still going to take a while for things to get back to normal.

“We just want to get back to being able to serve our customers when it’s safe,” Cook said. “It’s going to be a little bit slow, but I think this entire situation has to be handled in phases. I think it’s probably one of those things where over the weeks, they do slowly get back to normal. We got to start somewhere.”

Cook also said that he thinks small businesses are better equipped to reopen than larger ones. 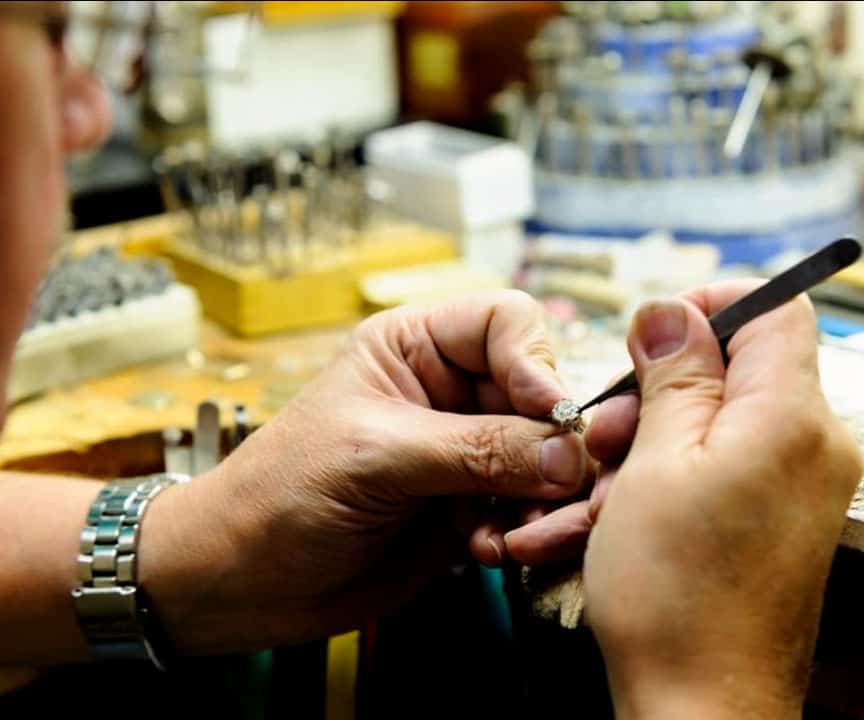 A jeweler works on a ring at The Chapman Company Fine Jewelers in Lexington, South Carolina after Gov. McMaster’s ban on non-essential retailers in response to the COVID-19 global pandemic that lasted nearly three weeks. Credit: Chris Chapman. 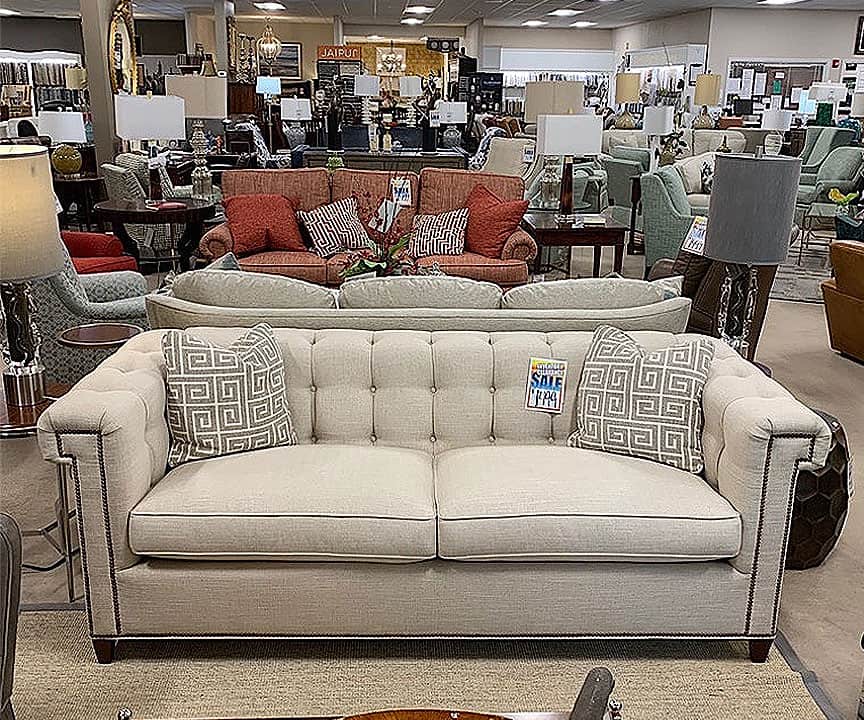 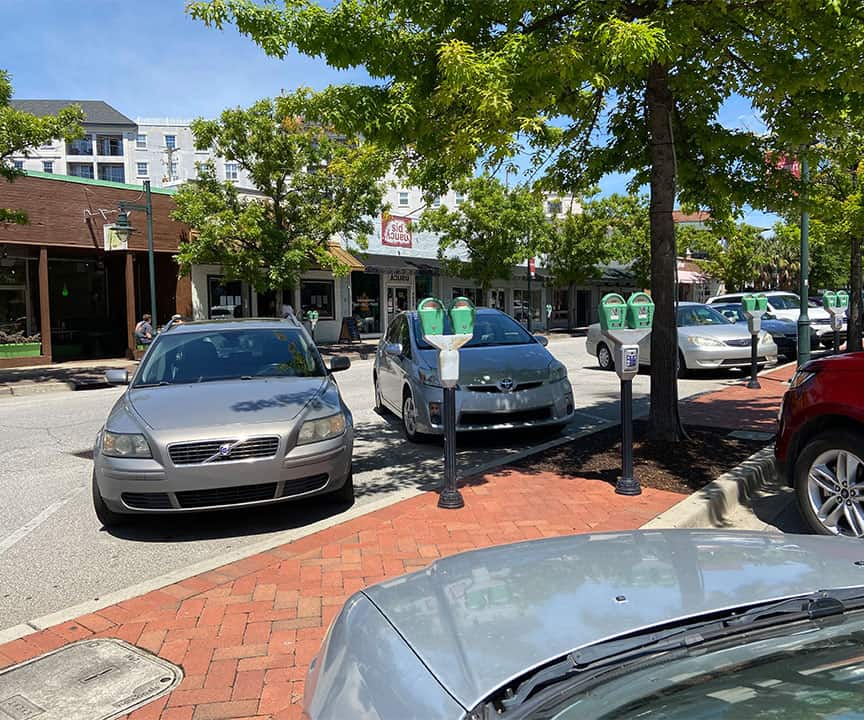 Customers visit Five Points after the governor allowed some non-essential businesses to re-open after being forced to close during the pandemic.