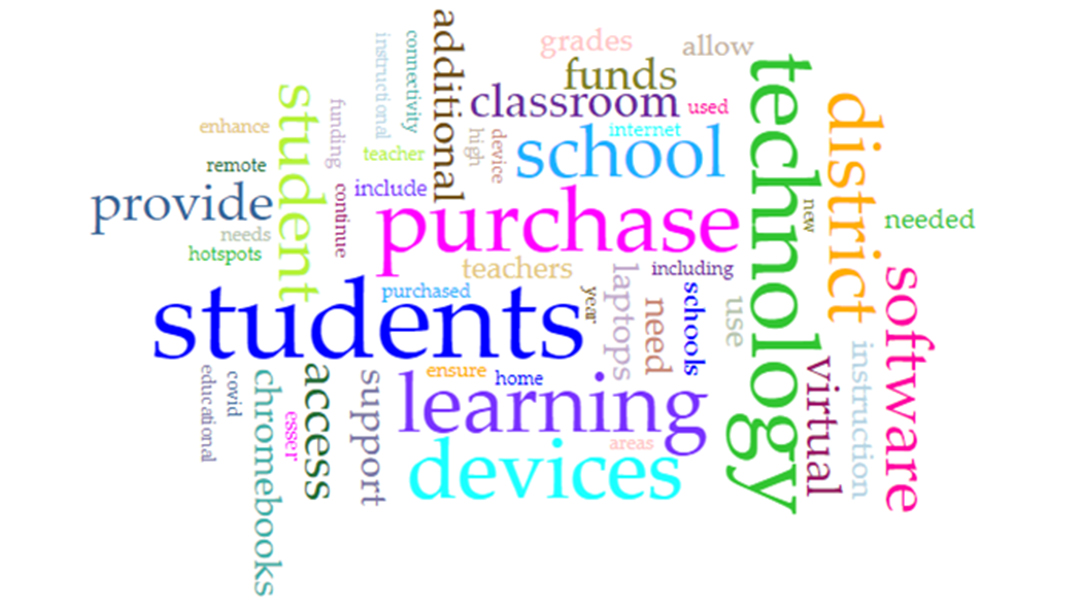 “I think (Richland Two) did a good job with computers, things like that.” However, she wasn’t happy with the switch to online learning.

“Learning from home was a really, really difficult time,” Garner said. “It was just too much to ask a kid to come home and learn from their computer all day long.”

And yet, Garner isn’t sure there were other options once the pandemic hit.

“(The district’s response was) not what I have a problem with at all,” she said. “I think all they did with technology was great for students.”

Garner’s sentiments reflect those of others within Richland Two. While online learning was difficult, many parents and administrators say the district used federal emergency COVID-relief funds well by providing students with online programs, personal computers and portable WiFi hotspots throughout district neighborhoods.

The emergency relief funds were part of the American Rescue Plan, which sent about $2 billion in education funds to South Carolina. The state, in turn, handed out those funds to its school districts. In the first wave of funding, which was required to be spent by Sept. 30, Richland Two received nearly $4 million.

Richland Two used more than half of this wave of funding for emergency technology, which helped students transition to online learning. In fact, some of the online programs have become permanent fixtures for Richland Two.

The district already had a plan to implement online classes slowly as part of its education strategy. But COVID and the emergency funds helped fast-track its plans.

In addition to providing computers to all students, the district also bought software for online learning, according to Chuck Holland, Richland Two’s director of instructional technology.

Hotspot devices were the next step.

“We purchased hotspots in the beginning of the pandemic for families that didn’t have internet access at home,” said Richland Two Chief Communications Officer Libby Roof.

“Buses would come to different stations that were close by to different neighborhoods and parents could park close to the bus for the kids to be able to sign on to WiFi so they can do their work,” said Shana Williams, a mother to two students. “Same as the kids, the parents could also drive up to the school and sit in the school parking lot. So the kids can use a laptop in the school parking lot, too, if they needed to connect to the internet.”

Holland said the district will keep the hotspots on hand but they aren’t used as often now that schools have reopened.

Despite these programs, Garner said her children had difficulty focusing and keeping track of assignments.

Teachers had a hard time transitioning online, too, both Holland and Garner said.

“I’m not against teaching online,” Garner said. “But when you (take) a teacher who has been teaching class (in-person) their whole life and try to make them learn some new system, it’s just way too much. I’m from a family of teachers. And it was a lot for everyone to adjust and take care of their kids online, too.”

Despite the frustration, the district has made online learning a permanent piece of its education strategy. Permanent online courses started just this year.

“This time, (those) teachers are just trained to be online,” Garner said. “The teachers hired don’t have to do both (in-person and online). That was great news for me, that way (teachers) don’t need to change up their whole style.”

Largely, families and administrators welcomed Richland Two’s new online school option, if for no other reason than to keep the district competitive with others.

“These are kids they might have lost to a charter school or something that’s virtual, and now we’re able to keep them in the district and provide support for them,” Holland said.

Schools throughout the state received about $2.95 billion dollars throughout three stages of COVID-relief funding. From those stages, Richland Two received $59.6 million in total. But full data beyond the first wave of relief isn’t yet available.

Miley also said the district expects to use all other relief funds. But if the district doesn’t use all of it, the money is expected to be reallocated by the state however it sees fit. 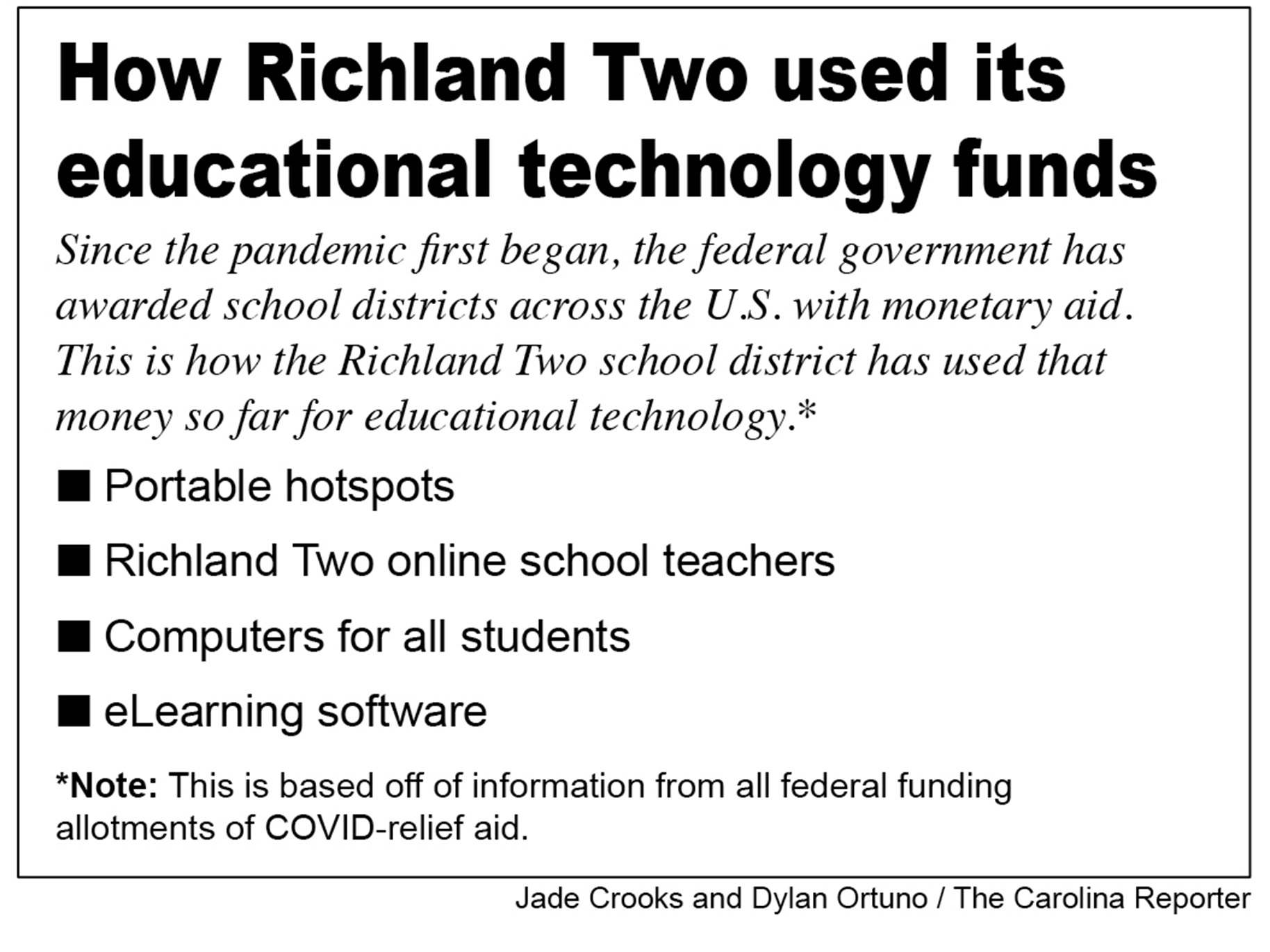 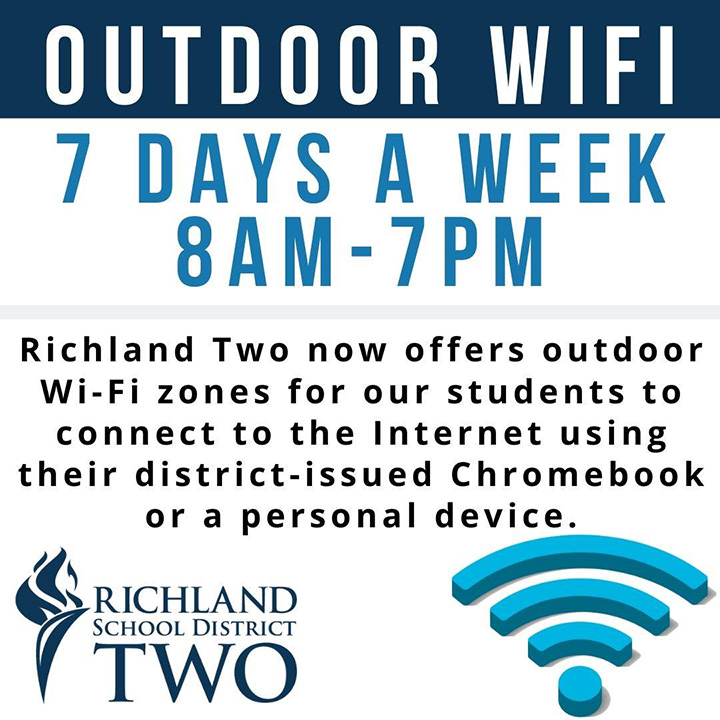 During the initial shutdown of schools in Richland Two, students were able to park in designated spots to access the school’s WiFi if the students didn’t have access at home. (Photo courtesy of Richland Two school district) 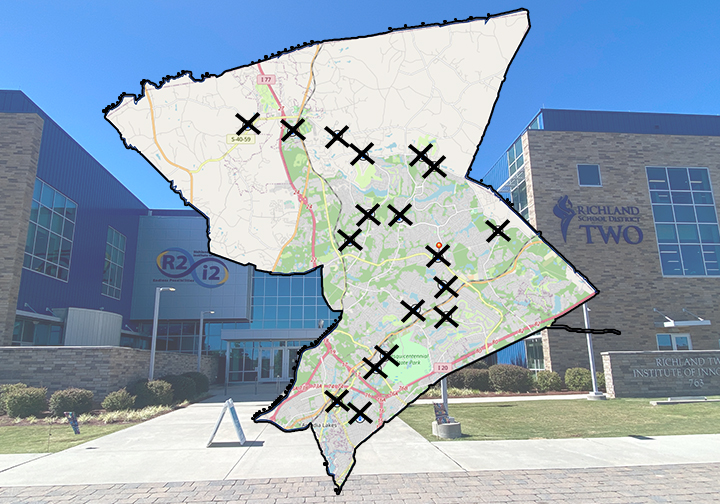 Richland Two provided students who didn’t have access to WiFi at home with outdoor WiFi zones at the marked places in the map above during the pandemic. (Graphic by Dylan Ortuno) 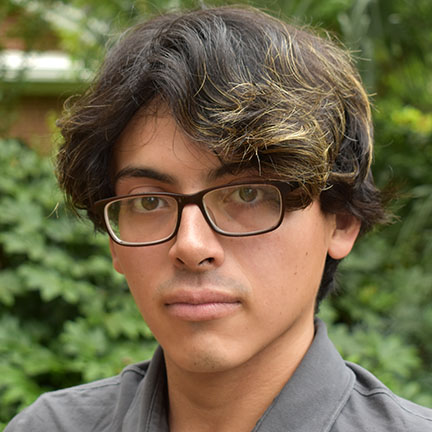 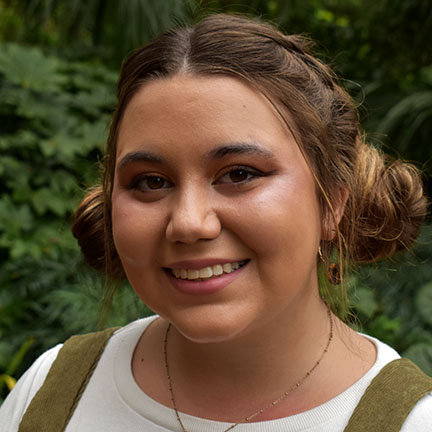 Crooks is a senior journalism major with a minor in business administration at the University of South Carolina. As assistant copy desk chief for the student-run Daily Gamecock, she edits stories, newsletters and tweets for an audience of more than 48,000 people. This past summer, Crooks learned multimedia skills covering Spain’s soccer culture in Barcelona.