Katherine Lloyd, a finance and real estate student at the University of South Carolina, was diagnosed with Type 1 diabetes when she was in sixth grade. Like many diabetics, she takes insulin to regulate her blood sugar levels.

But over those ten years, the cost of medicine has skyrocketed for her and other diabetics. Now, one vial of insulin, which she refills monthly, costs around $500, although her health insurance reduces the cost to $20.

One pharmaceutical company, Eli Lilly, is set to release a new generic brand of insulin under $140 per vial, cutting the costs in half. While this cheaper version of Humalog insulin will relieve finances for patients with diabetes, the average price of insulin  still sets back patients back thousands of dollars.

“We’ve had patients in tears because this is a medication they need, and they don’t have the money to pay for it,” said Tammy Batson, a pharmacist at Long’s Drugs.

In 2016, the average cost of insulin rose to $5,705 per year, which was more than double the 2012 amount according to the Health Care Cost Institute. This puts the average diabetic out $15 per day for insulin.

These steep prices have caused more than 25 percent of diabetics to ration their medication to be able to afford it, according to a recent study by the American Diabetes Association.

Batson says rationing insulin can create many additional health problems for patients in the future.

“If you don’t have the correct amount of insulin, the amount that the doctor feels like you need to have so you can maintain the normal lifestyle that you need, then you could end up in the hospital,” Batson said.

Lloyd says she finds it frustrating that drug companies continue to hike the prices so significantly.

“It’s pretty hard to see that some companies would keep on increasing their prices, when you know, people are going to die if they don’t have this necessity,” Lloyd said.

Lloyd’s current insurance plan does not cover the newly discounted insulin, but she said she is hopeful that her policy will change in the future. 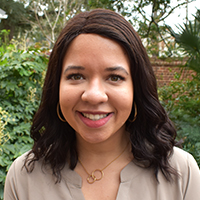 Ariana Mount is an aspiring reporter fueled by her passion for pop culture and the entertainment industry. Ariana has interned for Stars and Celebs, a celebrity news website, and had her own weekly column on current pop culture trends in social media. While reporting, she strives to find the face behind every story, to tell a unique and personal perspective. Ariana intends to use her interests in fashion and videography in her next venture.