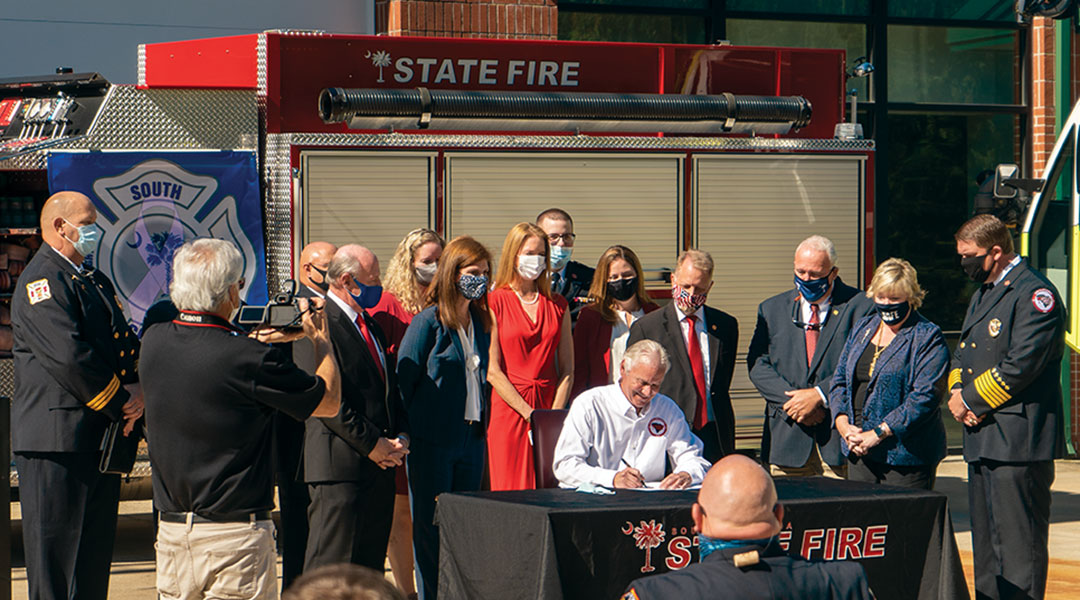 Gov. Henry McMaster signs legislation to give firefighters cancer benefits that cover both treating the disease and death benefits for their families.

Gov. Henry McMaster announced Wednesday morning South Carolina volunteer and professional firefighters will receive cancer benefits to help combat the hazards from the burning materials they come in contact with.

According to the International Association of Fire Fighters, cancer accounted for over 60% of line-of-duty deaths from Jan. 1, 2002, to Dec. 31, 2016. Statistics show firefighters have a 9% higher chance of getting cancer than the general population.

The bill was sponsored by Sen. Thomas Alexander, R-Oconee, who congratulated everyone involved in getting the bill passed in a year with a pandemic.

When this bill was pushed for in April of 2019, firefighters expressed concerns over proper ventilation and cleaning so that they are not exposed to dangerous chemicals while not wearing their protective equipment. They were also concerned about bringing those chemicals home to their family.

Tracy Williams, who heads the South Carolina Firefighters Association’s Health and Safety Committee, spoke about his late wife’s cancer as well as his own battle with the disease.

He called Wednesday’s news conference “a historical moment” and said he plans to make current and future firefighters more aware of the dangers of cancer.

The benefits for cancer treatment only apply to firefighters who have served for five consecutive years and have been a firefighter within the last 10 years. The act, aside from the death benefit, does not cover direct family members. 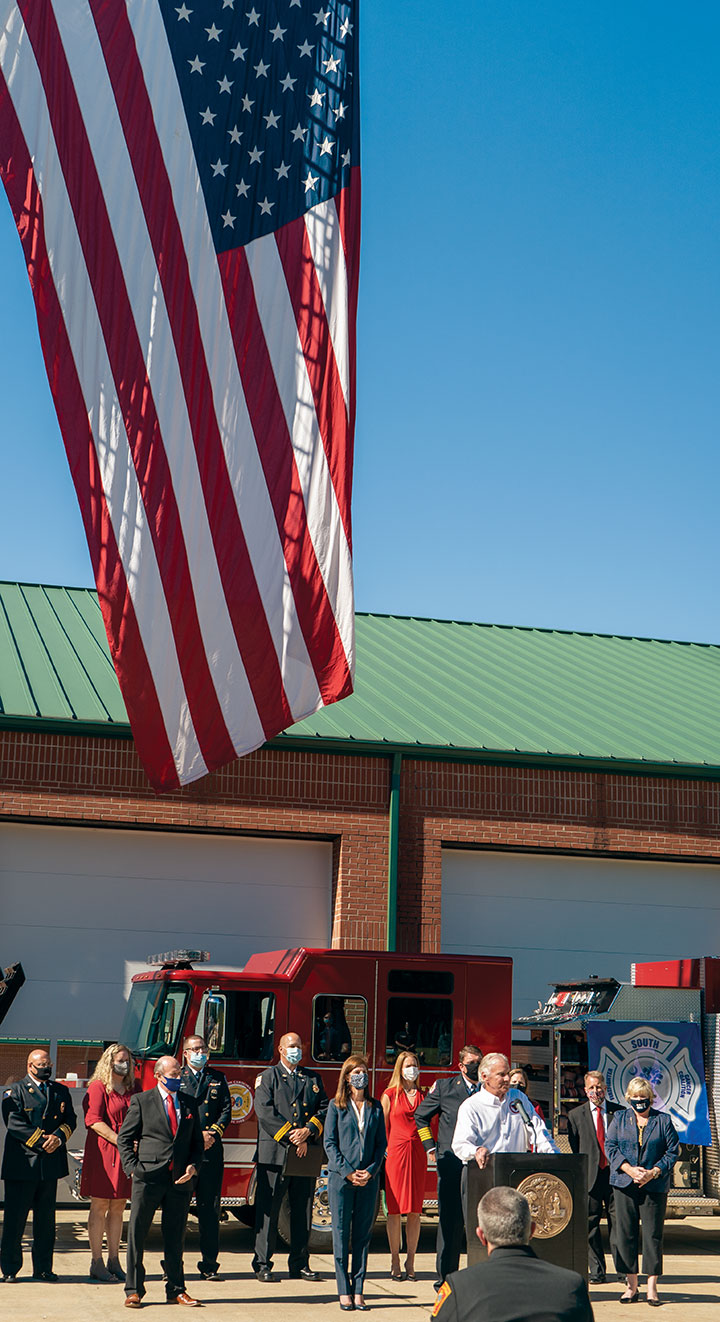 Officials say the legislation is another step towards setting South Carolina above other states. 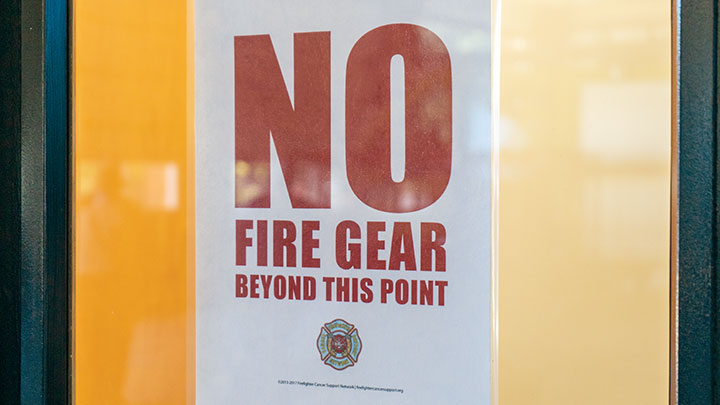 Signs warn personnel not to bring firefighting gear, which may be contaminated with carcinogens, into living spaces. 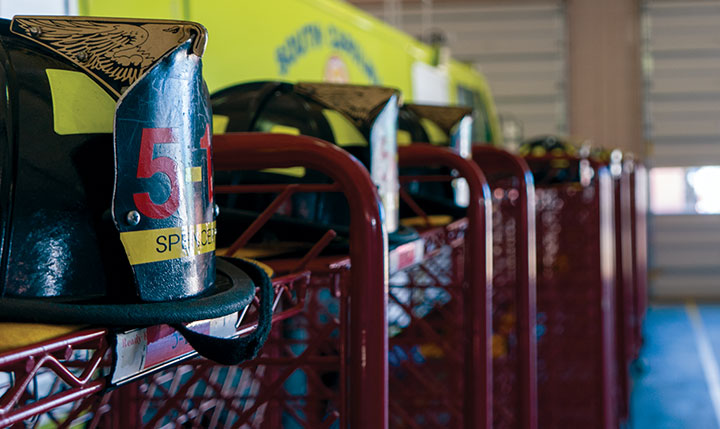 Helmets lie in the bay, ready to be collected at a moments notice and aid the firefighters in dangerous environments. 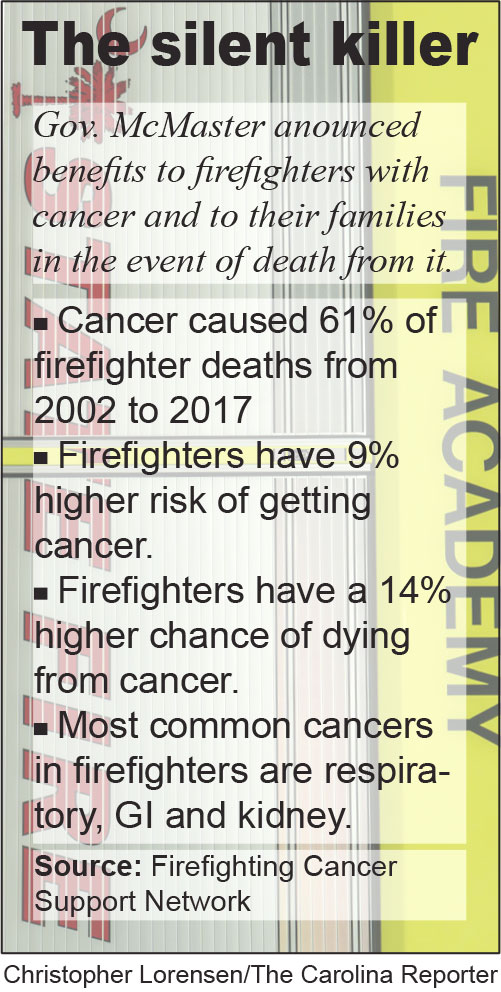