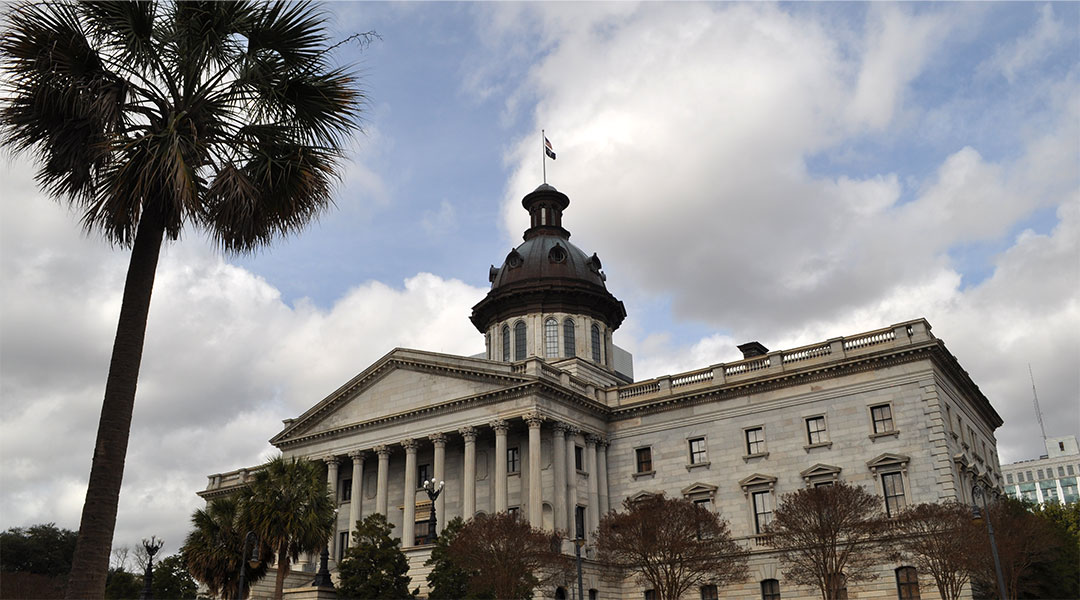 South Carolina Senators combed through each section of the bill and suggested improvements Thursday morning. Photo by Carson Peaden.

South Carolina senators on Thursday continued an intense debate over a proposed bill of medical marijuana, an argument likely to drag into next week.

The S.C. Compassionate Care Act sponsored by Sen. Tom Davis, R-Beaufort, has been debated for seven years but legislative supporters suggest this may be the year it wins approval.

“What it would mean to me and what it would mean to tens of thousands of people here in South Carolina is that they would have safe legal access to medical cannabis for conditions that we know that peer-reviewed science shows can be beneficial,” Davis said.

Currently, 37 states, four U.S. territories and the District of Columbia have legalized medical marijuana with a doctor’s recommendation, and Davis believes it will be a “big step forward for South Carolina to be the 38th state.”

However, some senators argue the bill still needs considerable work before approval.

“In my view, there are lots of problems. There are lots of things that need to be fixed,” said Sen. Greg Hembree R-Horry. “When you’re looking at that long [of] a bill, that’s that comprehensive, it stands up an entirely new system.”

Hembree worries about the number of dispensary licenses that could be granted in the state, particularly the fact that those licenses could be transferable.

Some citizens in the state believe the legalization of medical marijuana would have health benefits.

“As someone who’s immune system is compromised, I would greatly benefit from it because CBD can only do so much for someone like me,” said Kay Kay Getz, a manager for Loose Lucy’s, an eclectic shop located in Five Points.

More than two dozen amendments to the bill have been proposed. One of these possible changes includes the elimination of medical marijuana dispensaries.

This means that only a state-certified pharmacist could provide eligible patients with medical marijuana, after receiving a physician’s referral. As a result, smoke shops across the state would be unable to sell the product.

“I don’t think that [medical marijuana] should be in the same place where you can see all these nice, colorful water pipes and hand pipes,” Kimberlyn Myers, a Purple Haze vape shop worker, said. “People think these are toys, and I want them to know the difference between medical and recreational marijuana.”

Myers, who deals with chronic pain, said she has been saving money to leave the state if S.C. does not pass the bill.

“If it’s coming to S.C., then I’ll be the first one running up at a dispensary,” Myers said.

The bill still faces challenges and will still have to pass muster in the S.C. House. Davis estimates the senators will start debating amendments of the bill on Tuesday. Davis hopes a final vote can be reached by Wednesday, even if senators have to stay late into the night to reach a consensus. 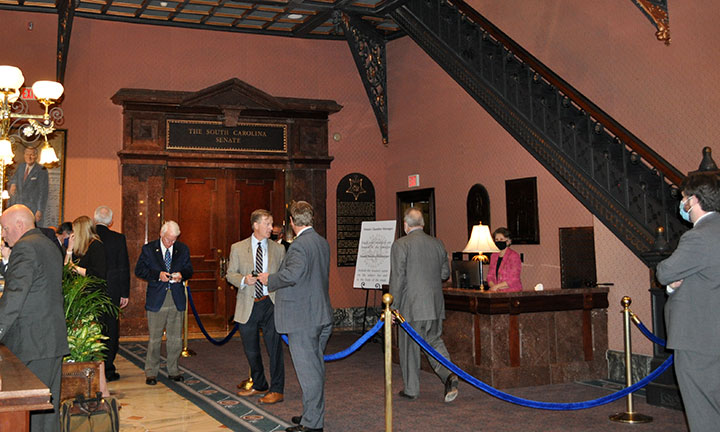 People congregate in the State House lobby as senators debate legislation to legalize medical marijuana. This is the seventh year the bill has been before the Legislature. Photo by Carson Peaden. 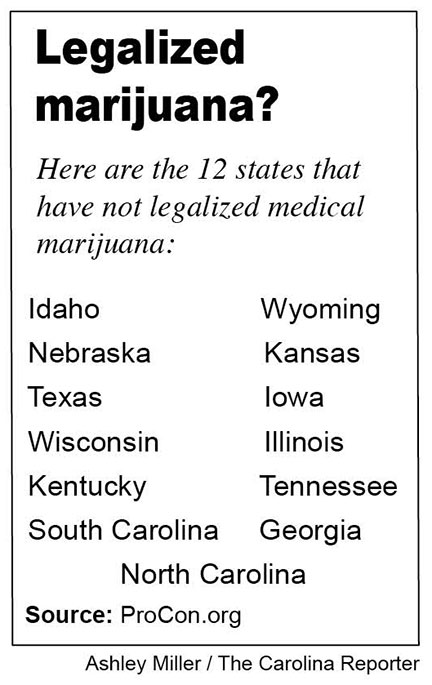 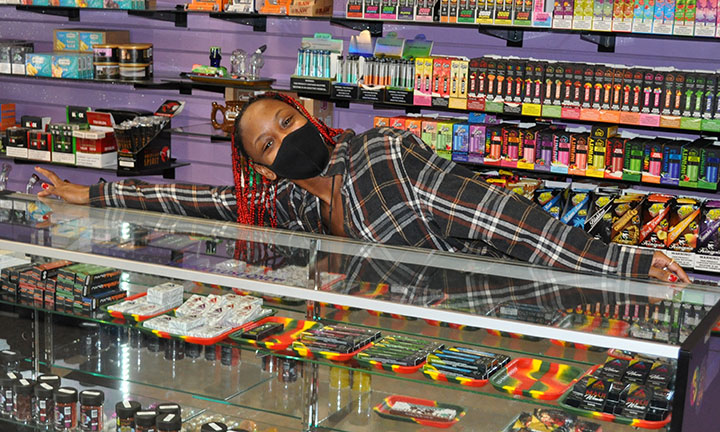 Purple Haze vape shop worker Kimberlyn Myers said she believes medical marijuana could be helpful for those with chronic pain. But she thinks more testing should be done to confirm this. Photo by Ashley Miller. 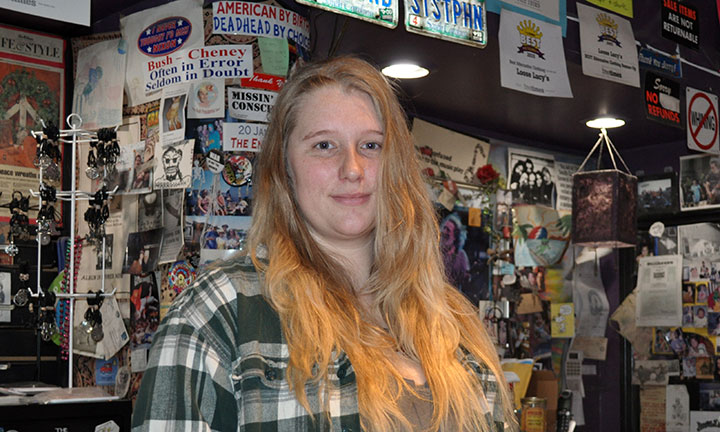 Kay Kay Getz, a manager of Loose Lucy’s in Five Points, hopes the bill will be passed so people like herself, who are immunocompromised, can benefit. Photo by Ashley Miller.

Carson Peaden is a senior multimedia journalist with a passion for the arts. From Charleston, S.C., she believes art is integral to a community and enjoys telling stories which highlight local artists and their craft. After working on Garnet & Black, UofSC’s magazine, Peaden acquired an interest in magazine writing and dreams of working for a local paper. In her free time, she likes to read and write poetry and short stories.

Ashley Miller is an aspiring investigative reporter coming from Lancaster, South Carolina. Miller worked for Fusion Magazine as a photo-journalist in Kent, Ohio her freshman to sophomore year of college. She continues to help them remotely, hoping to take these skills out into the real world. She hopes to intern over the summer to gain even more expertise after graduation. Miller wants to eventually write for a daily publication and bring the thought of news to younger minds. Check out her portfolio at https://ashleymiller0626.journoportfolio.com to see clips and learn more.