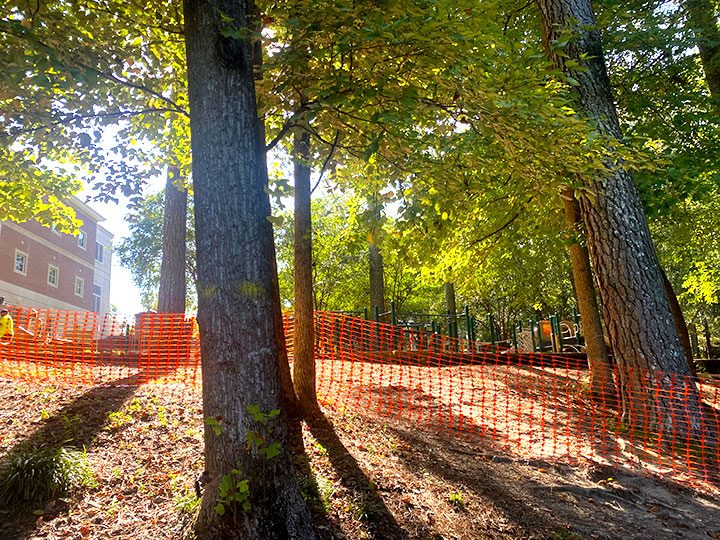 Officials plan to keep as many trees in the park as they can during the renovation. Photo by Char Morrison

“It’s been needing a lot of things – the [playground] equipment needed to come up to date to where it would be all inclusive for all children,” she said. “… The trails were in bad shape and needed to be updated and expanded.”

The 8.25-acre expansion that will double the park’s size has been a long time coming. Livingston said that it has taken town officials more than 20 years to acquire the land adjacent to the park necessary for expansion. The park closed early last week so the renovations could begin.

Situated right behind the town’s municipal complex, the park has served as a staple of downtown Lexington for 31 years and stands out for its shaded and natural landscape. It’s no surprise that one of the biggest concerns for Lexington residents is keeping that tree cover.

“It’s not like some of the other parks that are clear cut and has no shade,” Livingston said.

Livingston said that she is adamant about saving as many trees as possible, but some of them need to be cut since they aren’t in good shape and some need to come down for safety.

Project Manager Wesley Crosby said that the city actually plans to plant more new trees than old ones they have to cut down.

Since Virginia Hylton Park is closed during the renovations, Lexington residents will have to go elsewhere to enjoy the outdoors.

Out at Duffie Drive, another one of Lexington’s parks, mom and nurse Emily Purdis is ready for the change.

“They’re gonna love it,” said Purdis, as her young kids ran and climbed all over the playground at Duffie Drive Park. “There’s so much potential right there. I mean, kids are there all the time, and It’s not even that great of a park.”

Purdis agreed that shade is a great perk for a park and believes it isn’t that common in the Midlands.

The playground at Duffie Drive is the complete opposite of the one at Virginia Hylton. It sits in a completely open field, which isn’t ideal for young park-goers in South Carolina’s notorious heat.

“What works for us is not always where it works for the kids,” Purdis said. “Like, they might love this playground. But there’s no shade here. Yeah, so we know it’s like only a 30-minute playground.”

The proposed design for the new playground in Virginia Hylton also will make it an inclusive playground. The play structure will be accessible to both disabled and non-disabled kids.

“Not everybody’s the same, and we want to make sure we can include everybody,” Livingston said.

Including everybody also means having a section designed specifically for teens, which Livingston said will feature a gaga pit and swings.

Elizabeth Cooper, a server at O’Hara’s Bakery and Cafe on Main Street remembers the park fondly.

“We would do picnics there all the time when we were like little kids,” she said.

She agreed that she is a bit sad to see the park closed, but looks forward to its future. 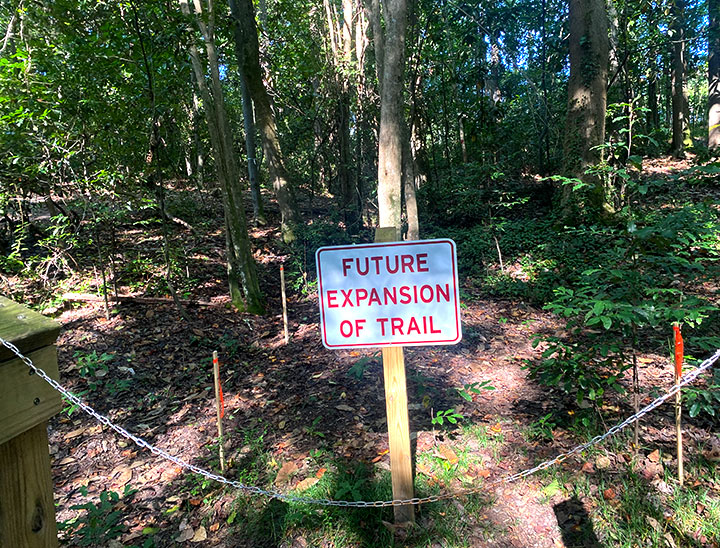 The renovated park will include an expanded nature trail. Photo by Char Morrison 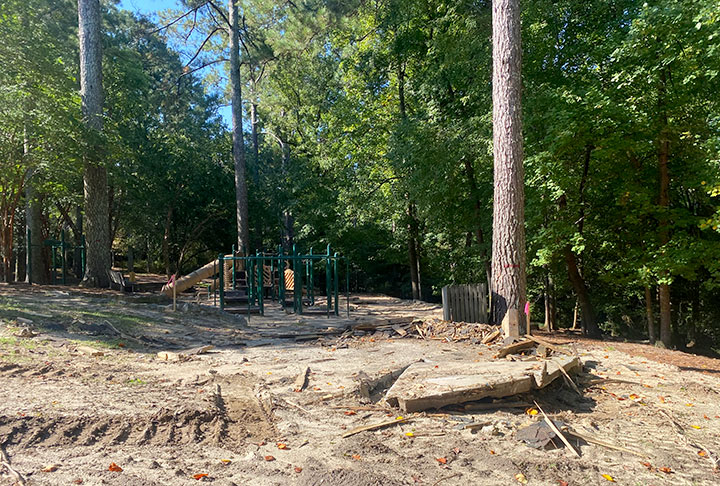 Only a week after closing, construction is already underway at Virginia Hylton Park. Photo by Char Morrison 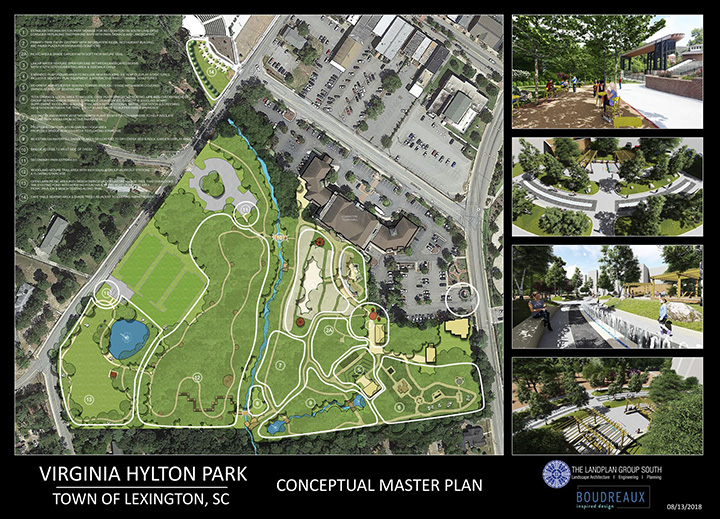 The plan for Virginia Hylton Park includes an additional 8.25 acres of space, along with renovations across the park. Photo from Town of Lexington