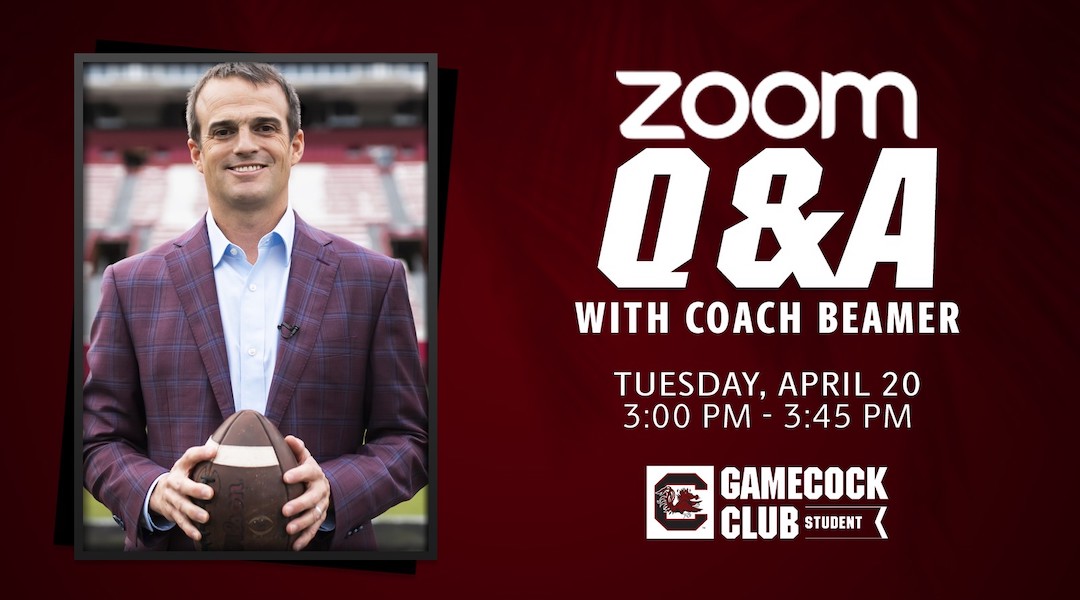 Members of the media are typically the only people allowed to attend meetings when football coaches or players at the university speak publicly, but norms were broken this week with this original idea to bring the fans and head coach together.

Spectators got to learn more about the man behind the headset and the coach their school hired to be the face of the football team.

The 29 students submitted questions ahead of time for Beamer to answer live on a Zoom call with a moderator from the athletic department asking as many as time permitted.

Both fans of the sport and supporters of Beamer had a voice as the topics addressed ranged from football questions to more personal, random questions like Beamer’s favorite pizza toppings – or lack thereof.

“I’m literally a plain cheese guy,” Beamer said. “My wife hates me, like she eats all kinds of toppings, and I’ll just order, like, cheese. We’ve been married 15 years, and she still can’t get over that fact.”

The fans discovered little things like how Beamer is “not a huge movie guy,” and in a city filled with restaurants, he and his family can never go wrong with Chipotle or Chick-Fil-A.

They even asked the hard-hitting questions, requesting his personal favorite Gamecock uniform combination, where he went with the classic garnet jersey, white pants, white helmet combination dating back to his first stint in Columbia.

In relation to football, Beamer pointed to improving in-state recruiting as one of the first steps in returning the team to prominence, a question on every fan’s mind.

“It’s starting in the state,” Beamer said. “We were able to get Alshon Jeffery and Stephon Gilmore, DeVonte Holloman one year to stay at home and realize that they can accomplish everything that they want to accomplish on and off the field. There’s no reason to leave the state if Carolina is the right fit for them.”

Students loved the Q&A and saw it as a major step toward building a strong, lasting friendship with the fan base.

“It’s super cool that he’s trying to connect to the fanbase and the student body,” said Cameron Dodge, a second-year sport and entertainment management major at UofSC. “It makes it seem like he wants to be here and is one of us.”

To Beamer, being close with the fans is also vital in continuing, or even improving, the home field advantage the university has with the Williams-Brice Stadium atmosphere on game days.

“That student section in Williams Brice Stadium is better than anywhere that I’ve ever been. I’m not just saying that because I’m on this call. It’s the truth,” Beamer said. “Let’s continue doing what we’re doing, and let’s even take this thing to a whole new level here going forward as well.”

The students also acknowledged a potential change of pace from the Muschamp era with Beamer putting his relationship with them as more of a priority.

“I think it’s great that he’s doing this and is so accessible to the fanbase and wanting us more involved in the program,” said Corey Collins, a fourth-year biology major at UofSC. “That is something I feel we’ve been missing for the last 5 years.”

The session lasted just over 30 minutes, and it seems that Beamer hasn’t ruled out another half hour dedicated to the fans in the future either.

“I appreciate all the time you guys took to take part in this and I really enjoyed it and we need to do it again sometime soon,” Beamer said. 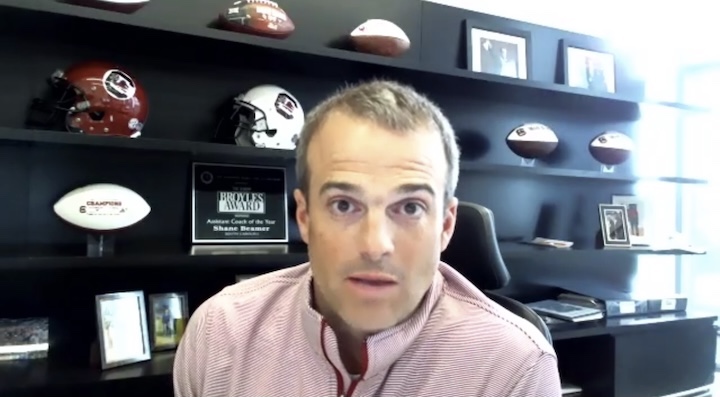 In the Q&A, Beamer highlighted controlling the line of scrimmage as a way of winning football games and feels good about his guys on both sides of the ball. Photo by: Matt Tantillo 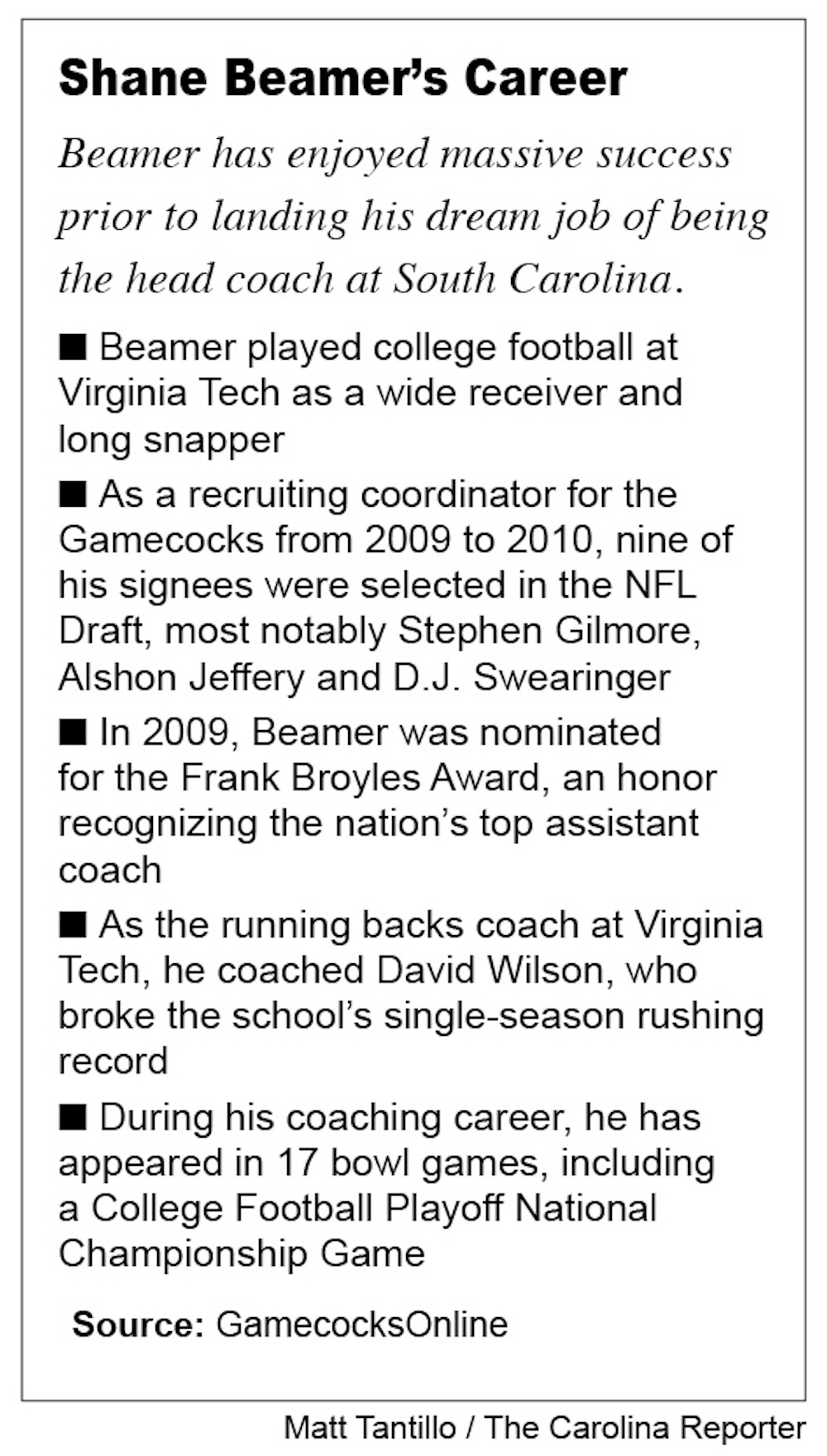