Shifts, culture changes and safety: What’s next for Five Points? 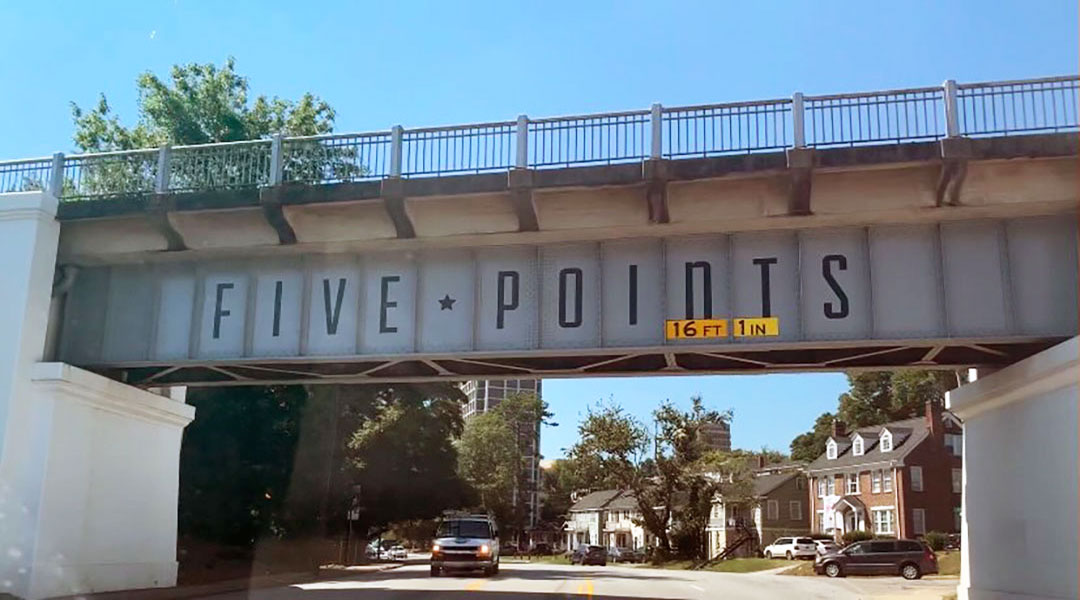 Five Points, a 100-year-old district within Columbia, has long been known as an arts center and cultural hub. In recent years, complaints about underage drinking and overcrowded bars has given the community a bad reputation. Photos by Connor Hart

Five Points has been under a media microscope since attorney and Richland County Sen. Dick Harpootlian declared the entertainment district a public nuisance. He, alongside local vendors and neighbors, embarked on plans to “restore” Five Points in 2019.

Harpootlian’s disgust stemmed from what he called an “ineptitude of the Department of Revenue in enforcing the law.”

“We’ve got video of the kids throwing up in our front yard, I mean I’ve lived in this neighborhood for forty years,” Harpootlian, a resident of the Five Points neighborhood, said to The State in a 2019 press conference.

Harpootlian’s lawsuits caused bars, such as Pavlov’s and Moosehead, to close their doors for good. Others, such as Breakers, The Cotton Gin and The Bird Dog, had to undergo strenuous processes to regain their liquor licenses as a result of the lawsuits.

Meanwhile, recent economic troubles caused many long-time businesses, such as Yesterdays, to permanently close. Through it all, new businesses continued to move into the neighborhood.

“I think that people who live in and around the city – they all have their opinions about what Five Points should and has been, and I think all of that attention has caused (the neighborhood) to be under a microscope sometimes. We get incredible, unfair media attention when it comes to things like public safety, for example,” said Steve Cook, president of the Five Points Association.

“If you have a large group of people – and the fact they’re young and they’re possibly drinking adds to it – you’re going to have a few fights, you’re going to have a few people getting rowdy,” said Cook. “Why don’t you go draw a circle around Williams-Brice Stadium and see what it’s like on game day versus a random Thursday over the summer? There’s an incredible amount of crime and assault that happens around the stadium, and that’s just one example.”

Boone said she believes the police patrolling Five Points are more focused on getting people in trouble than managing the area.

“People speed down this street, and you’ll see the police not caring at all. Then you have a group of people who are suspected to be freshmen, and they all run over,” Boone said.

Caitlin Bright, the executive director of Tapps Outpost, an arts incubator and gallery space in Five Points, said that nightlife will always be a part of the area.

“(Five Points) has become a hub for university nightlife, and that part is always going to be there. I mean, when I was at USC 4,000 years ago, I came down here too,” Bright laughed. “Back then I think the student population was a lot lower, so we never had lines going around the block or people running wild in the streets, so I think there is just a volume issue that has to be addressed.”

Additionally, part of the reason for the media’s heightened focus on Five Points may come from the notoriety of the district.

“A lot of that stuff happens all over the city, and I think that with, you know, just having a name ‘Five Points’ – it has a recognition factor to it. When people hear it, it’s like, ‘Oh, this happened in Five Points,’” David Toole, the owner of Bluetile Skateshop in Five Points, said.

Looking ahead, Bright said she hopes her business’ mission for the arts will help to benefit Five Points.

“That’s another way that artists can get involved with creative problem solving for safety and security in the streets, redesigning sidewalks and redesigned accessibility in terms of pedestrian awareness. Those are other ways I think our arts district is working towards becoming a more progressive space,” said Bright.

Through it all, Five Points is here to stay. Advocates say the neighborhood’s commitment to arts, community and entertainment makes it a notable place in Columbia, regardless of media scrutiny.

“If (the city) could buy what we have in Five Points – that sort of feeling, that cultural hub – and bottle it up and bring it over to BullStreet District, they’d buy it,” Cook said. “If they could transfer that, they would. But you can’t because it’s organic, and I think Five Points will continue to be this cultural hub of Columbia in a lot of ways.” 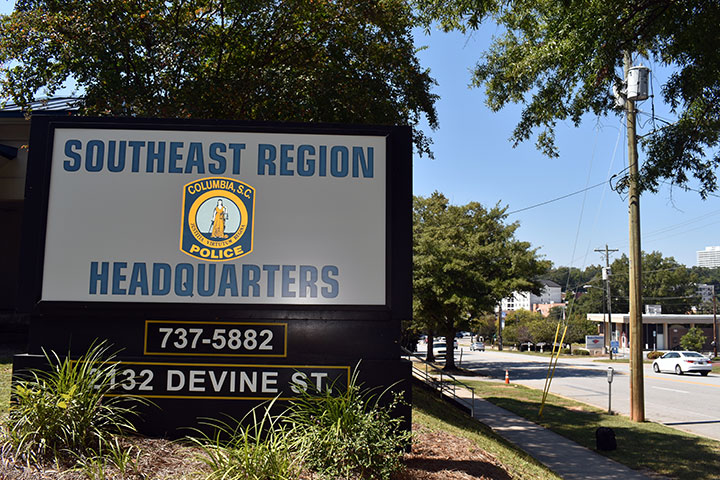 The Columbia Police Department has an office building located on Devine St. next door to Jake’s of Columbia, a popular bar in the Five Points District. 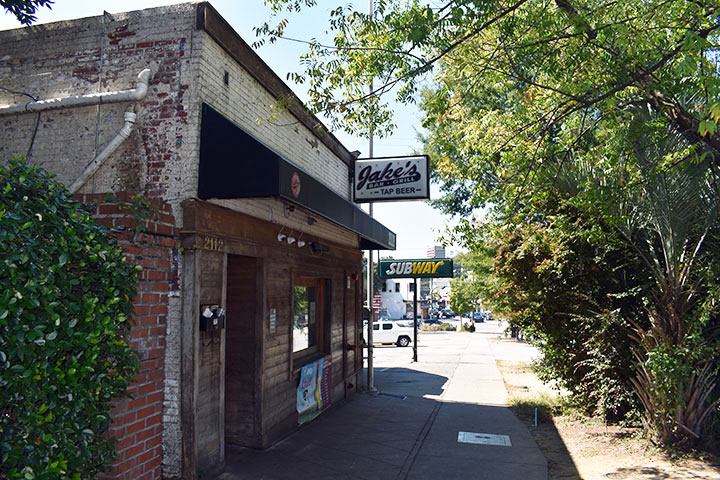 Jake’s of Columbia is a popular restaurant and bar in Five Points. The establishment was in the headlines last week following an altercation at the bar, fueling ongoing questions regarding the safety of the area. 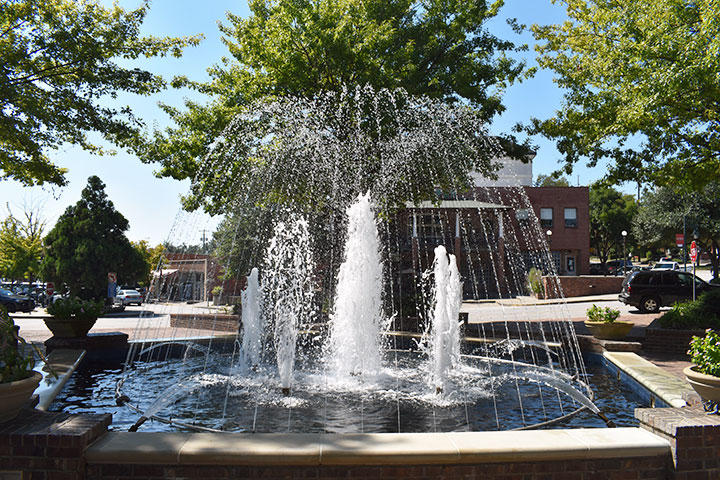 The Five Points fountain is located in the center of the district and is directly outside of Steve Cook’s restaurant. The building also houses a Starbucks and was once home to the city’s first Chinese food restaurant. 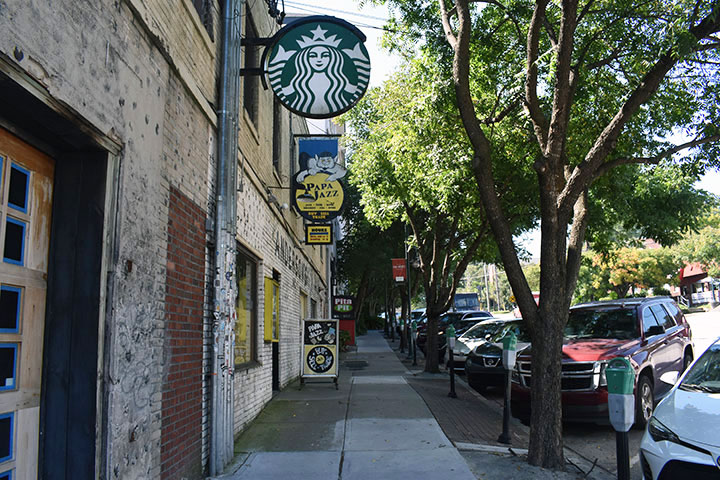 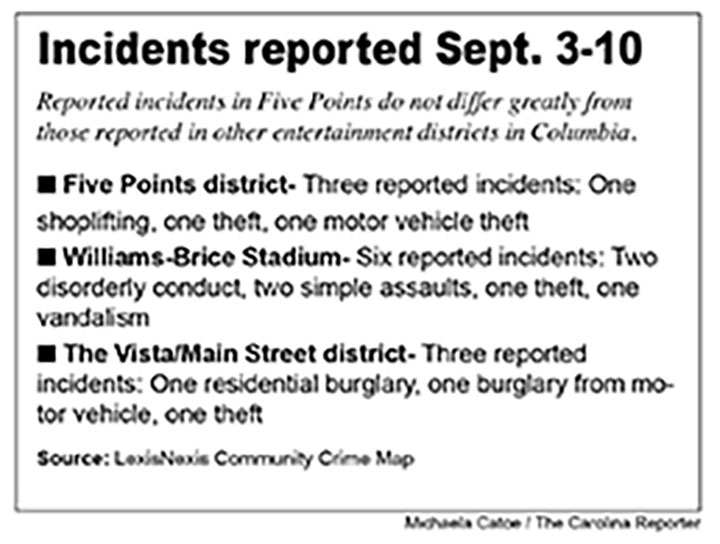