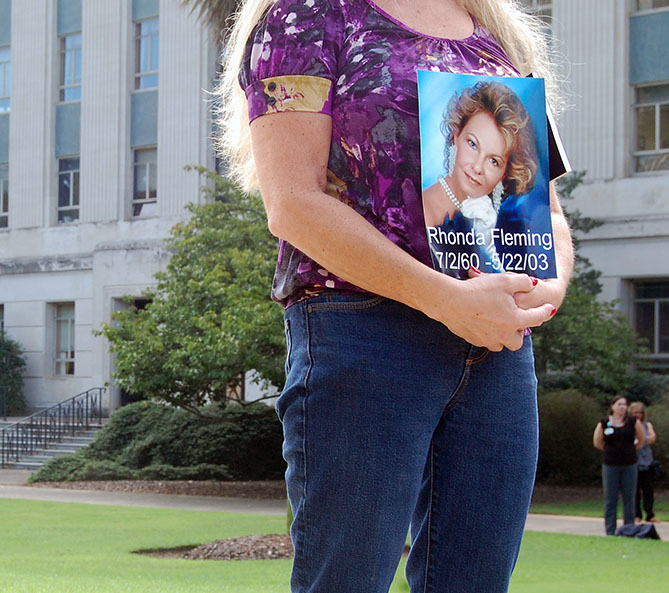 Jamie Banks stood at the State House on Tuesday at the 21st Annual Silent Witness Ceremony, holding a sign that states “Let’s Talk Columbia.” Banks, a domestic violence survivor, said she held her sign up with the hope of spreading awareness about domestic violence.

“I said ‘Lets talk Columbia,’ because it has been 21 years ever since they have had this ceremony that we [South Carolina] have been in the top 10,” Banks said. “So, lets start talking about it and get the word out there and let’s see if we can help get the numbers down.”

The attorney general has hosted the Silent Witness Ceremony for 21 years at the State House. The ceremony honors those that have lost their lives to domestic violence and Tuesday’s ceremony honored 40 victims killed in 2017.

Many families attended of the 29 women and 11 men held silhouettes of the victims while standing on the steps of the Statehouse.

Debra Ling of Estill was among them who attended the ceremony to honor her daughter, Alydia Ling. Alydia Ling was 16 when she was shot by her boyfriend who has been charged for the murder. Debra Ling recalled her daughter as a special girl.

“She had a hard head sometimes and sometimes she wouldn’t listen but the last couple of years she was a doll and would listen,” Ling said.

Alydia’s life was not the only life that was taken, she was pregnant at the time of her murder and the EMS was not able to save her grandson either.

“Oh Lord, it tore me up… when the EMS got there I thought they were going to save her,” Ling said. “But they told me a lot of oxygen was lost so they wouldn’t be able to save him.”

Sonia Lewis said she endured domestic violence for 18 years until she came out as a survivor. Lewis spoke at the ceremony to give hope and courage to friends and families who have lost loved ones to a domestic crime.

“I had seen domestic violence all my life. I was conditioned to become a victim… so I accepted it and that was who I became for 18 years,” Lewis said.  “So, today I stand before you no longer a victim, I am a survivor. Despite of my circumstance and my situation, I made it out.”

Shannon Palm, the program manager for the State Attorney General’s offices, hopes the ceremony serves as a push for those who are suffering to seek help and as a tribute to those who have lost their lives.

“Domestic violence is an insidious crime that has reached all areas of our state,” Palm said. “We have represented 22 counties this year who have had domestic murders. This program increases awareness and to let the survivor or victim to know that there is help available.”

Attorney General Alan Wilson spoke at the ceremony and listed the names of the lives that were lost in the past 12 months.

“And that is what is somber and sad about this…I met the children of several of the victims who lost their lives. These children have lost a mother and a father. It is a senseless tragedy,” said Wilson.

When asked how the community can move forward Wilson stated that the first thing a community should do is measure the problem.

“They [community] has to understand and acknowledge… then you have to start measuring it. Where is it happening, how Is it happening, who is it affecting, what is the solution to treating it and dealing with it.”

Alan Wilson recognizes that passing strong laws and giving money to law enforcement helps decrease the problem of domestic violence but for Wilson, that seems to be treating only the symptom.

“We have to go to the cause of it, a lot of it is the culture,” Wilson said “We have to challenge the notions of what is not normal behavior in a home, we have to break that generational cycle … it goes back to education, we can’t educate people unless the whole community is talking about it.”

For more information on why domestic violence is a growing problem and how to help stop it, visit domesticshelters.org. 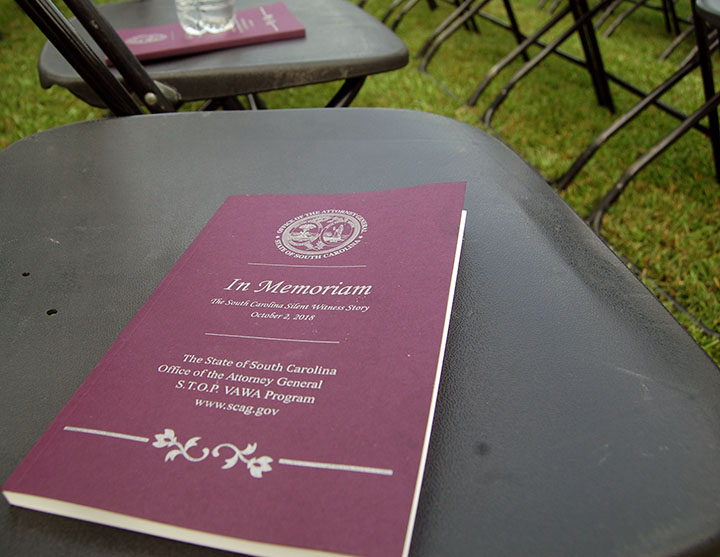 The Annual Silent Witness Ceremony has been hosted by the S.C. Attorney General for 21 years. The ceremony offers families and friends who attended a memorial booklet that lists the names of the victims who lost their lives to domestic violence in the past year. 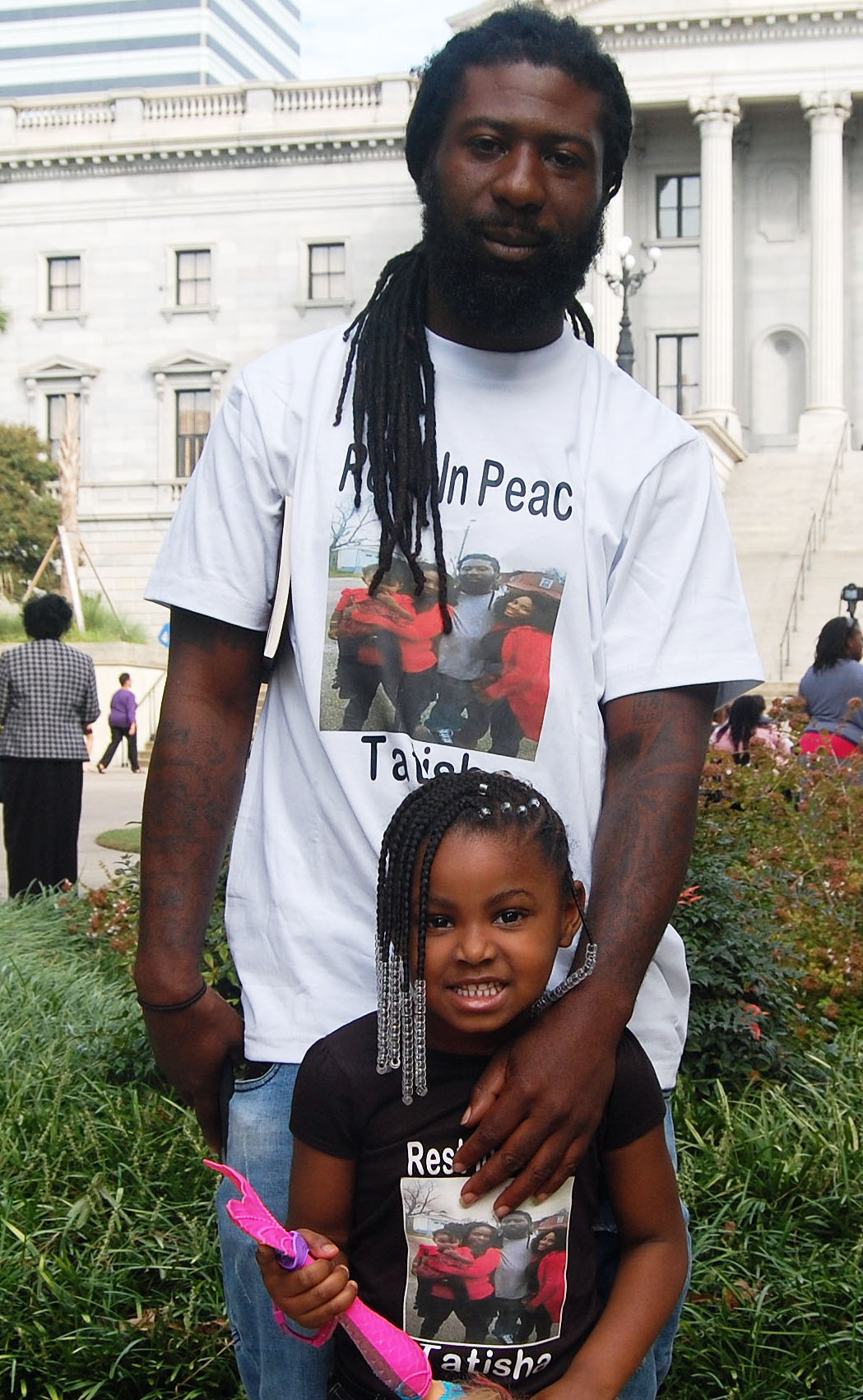 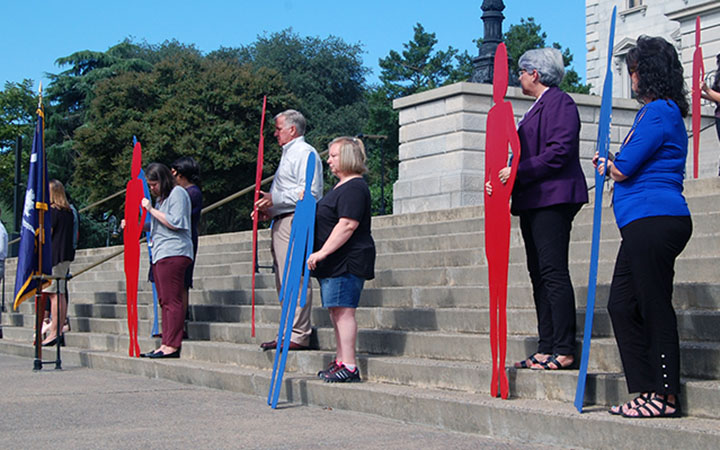 Family and friends held up silhouettes in honor of the victims who passed away in 2017 due to domestic violence. This year’s Silent Witness ceremony paid tribute to the 40 victims who lost their lives. 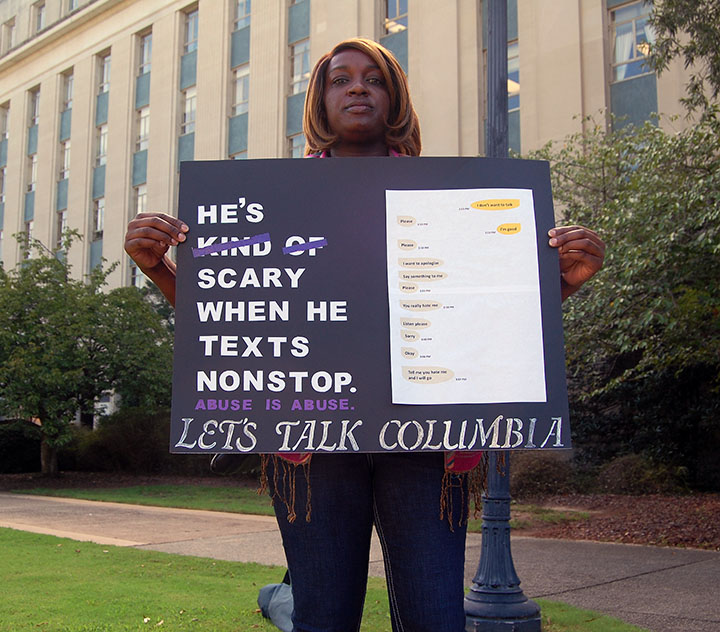 Jamie Banks holds a sign that states “Lets Talk Columbia” at the Silent Witness ceremony. Her sign has examples of real text messages from her abuser, which she said, “reminded me of the possessiveness.” 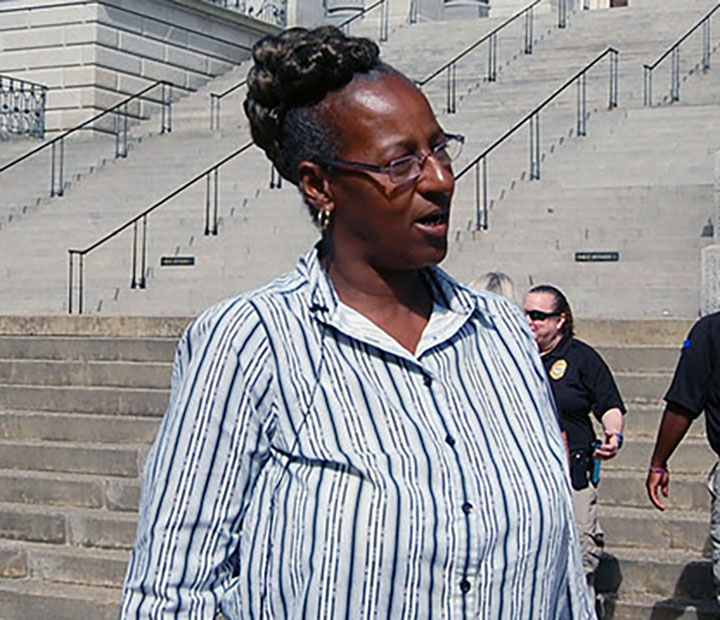 Debra Ling attended this year’s Silent Witness Ceremony in Columbia to honor her daughter Alydia Ling, who was pregnant at the time of her murder. 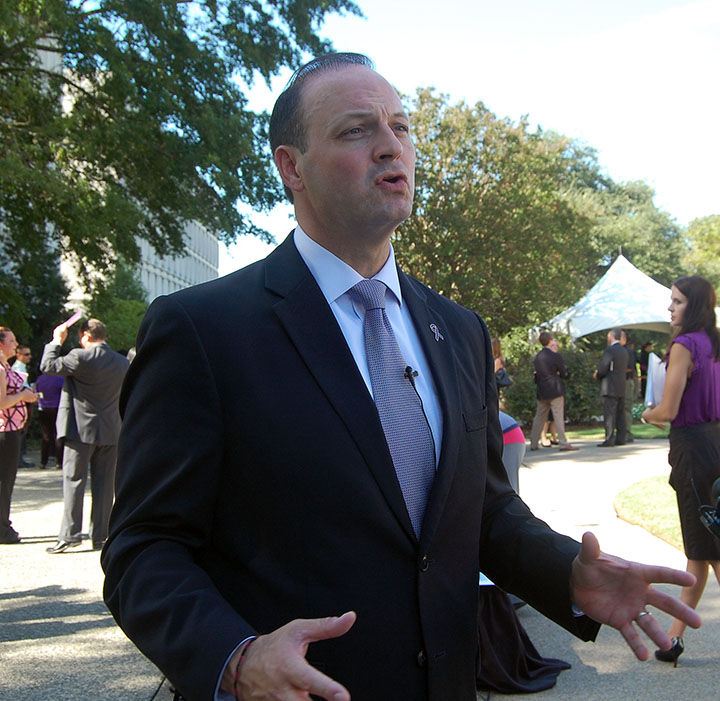 Attorney General Alan Wilson calls domestic violence a “senseless tragedy.” Wilson hope the community can educate those around them and understand how the community can come together to put a stop to this rising issue. 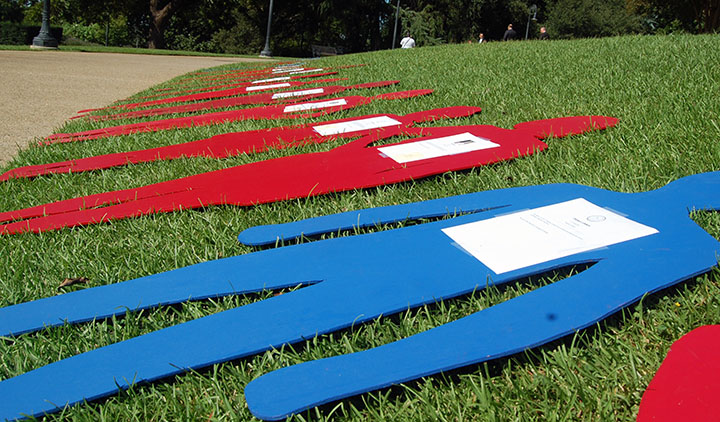 This years Silent Witness Ceremony honored 29 women and 11 men who lost their lives to domestic violence in 2017.