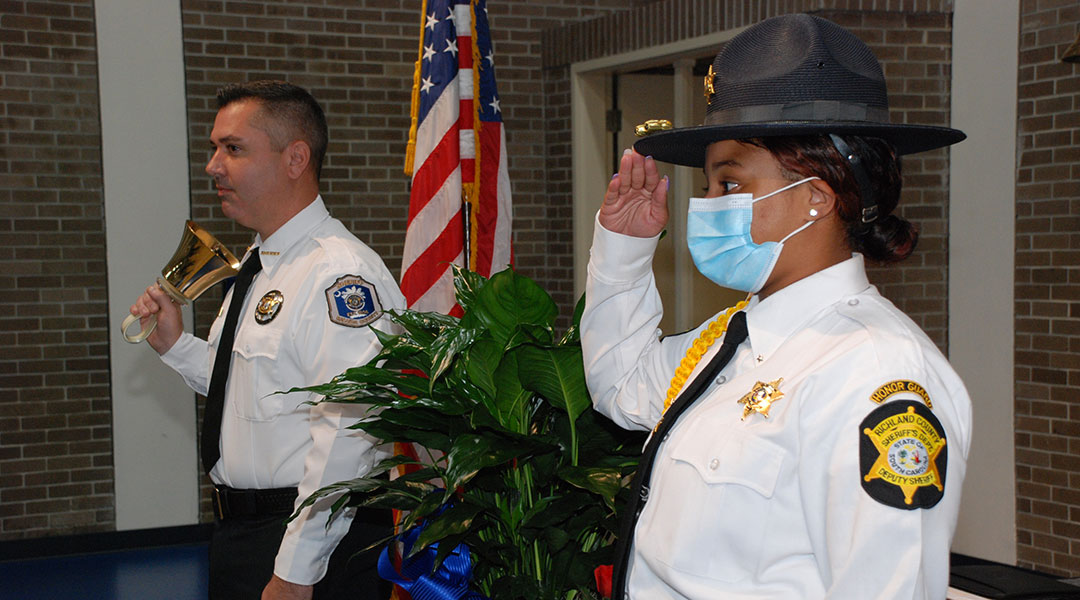 Sheriff Josh Price of the Saluda County Sheriff’s Office was one of four law enforcement officers involved in the tolling of the bells ceremony. Another was Mystic Robinson of Richland County Sheriff’s Department, who stands beside him in salute. Photos courtesy of the South Carolina Criminal Justice Academy.

A solemn bell rang out and echoed through the gymnasium of the South Carolina Criminal Justice Academy 12 times on Tuesday in memory of 12 South Carolina officers killed in the line of duty.

“The men and women we honor here today are part of a family that will always be remembered and honored,” said the Rev. Dave Tafaoa, a chaplain for the South Carolina Law Enforcement Assistance Program, at the annual Law Enforcement Memorial service.

Since last year’s memorial service was cancelled due to the coronavirus pandemic, this ceremony honored fallen officers from both 2019 and 2020.

Lewis “Jackie” Swindler, the director for the South Carolina Justice Academy, said during the ceremony that he was “proud and honored to be able to do this again this year.”

The ceremony organized by the South Carolina Law Enforcement Officers Association was held in honor of all officers, active and retired, who died during the past two years. The twelve officers who tragically died in the line of duty were specifically recognized for their bravery.

Kassy Alia Ray, whose husband, Forest Acres Officer Greg Alia, was killed in 2015, empathized with the families in attendance. While the slain men and women are heroes in the communities, they were also real people with families and private lives.

“Yes, I knew he was a hero, but he was my husband,” said Alia Ray. She founded the nonprofit Serve and Connect after her husband’s death, with the goal of “fostering positive change through police and community partnerships.”

Heather Patsva led the solemn processional as she played the bagpipes. A former police officer, Patsva has played at multiple police memorials and was a member of the Charleston Police Pipes and Drums.

On Tuesday, she was particularly moved that one of her first squadmates was memorialized in the ceremony.

Patsva said she had been called to replace another bagpiper and was honored to have the opportunity to “play in honor of my squadmate.” 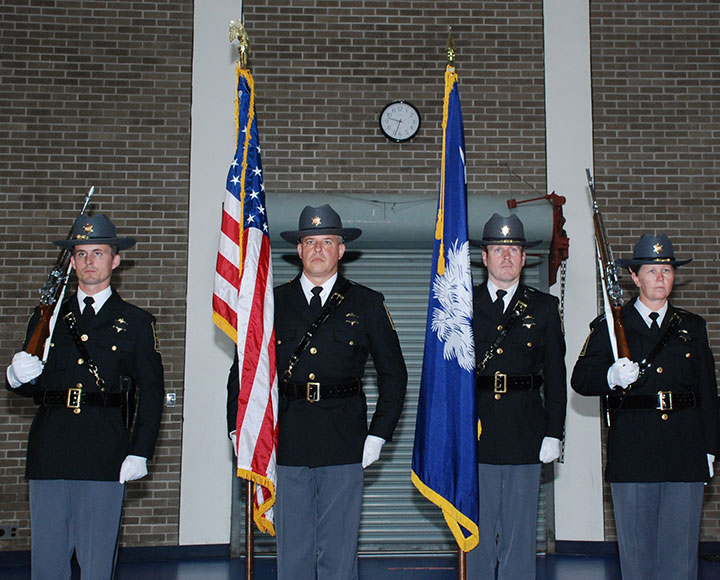 The Charleston County Sheriff’s Office Honor Guard led the Presentation of Colors for the ceremony. 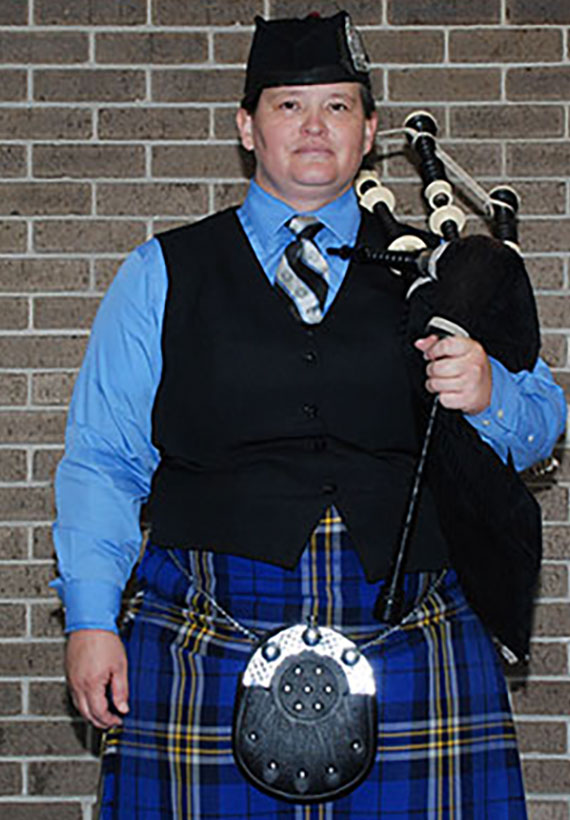 Heather Patsva opened the ceremony playing the bagpipes, a tradition of over 150 years for both law enforcement and firefighters funerals. 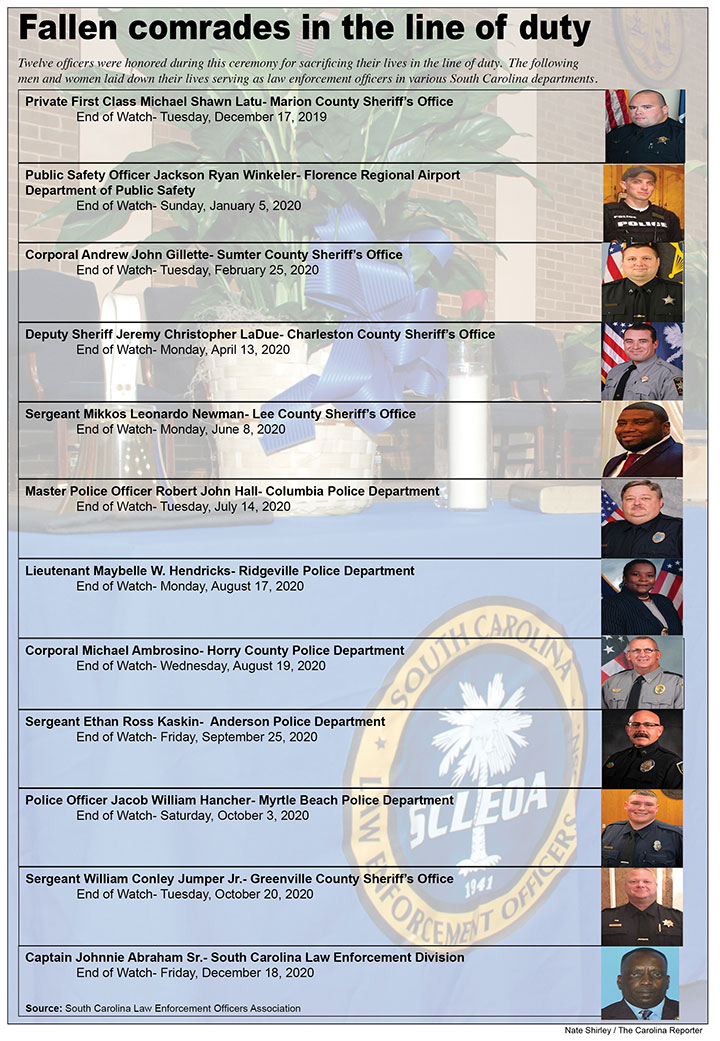