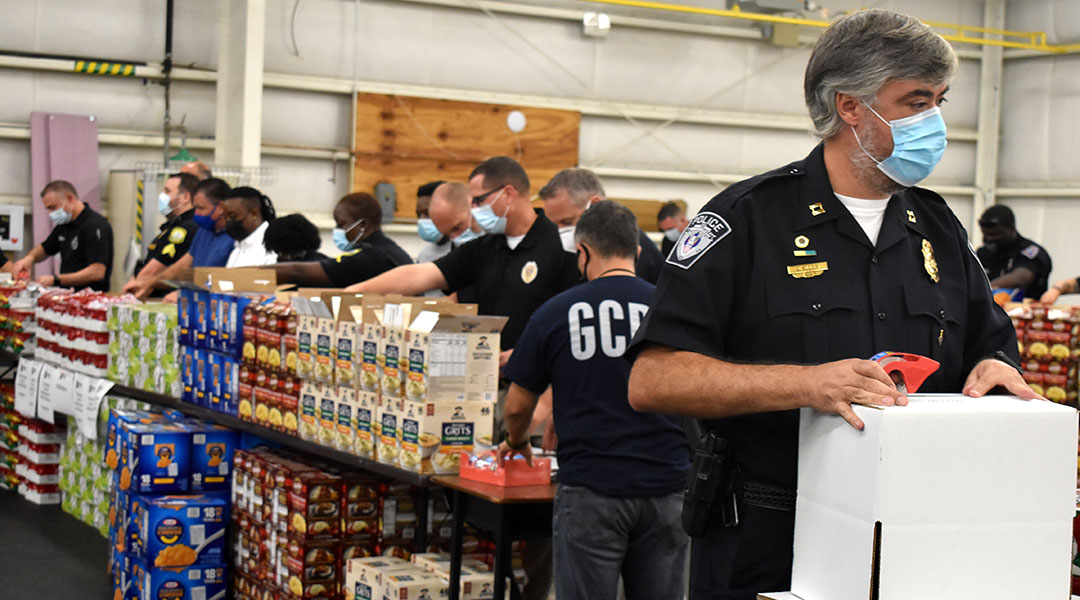 Kassy Alia Ray’s six-year-old son isn’t old enough to remember when his father, Forest Acres Officer Greg Alia, was killed in the line of duty in 2015.

But she said her son is old enough to appreciate that more than 100 officers from across South Carolina gathered at the South Carolina Criminal Justice Academy to pack boxes of food Thursday. The event marked the anniversary of Alia’s death.

“He’s why I’ve done everything I’ve done these past six years. Because I want him to learn to live without fear,” Alia Ray, Greg Alia’s widow and the founder of the nonprofit Serve & Connect, said. “Greg said that for every one negative story you hear, there are thousands of positive stories happening everyday that go unnoticed between police and the community.”

Alia Ray founded Serve & Connect in memory of her husband shortly after he was shot and killed while responding to a suspicious person call at the Richland Mall. With a mission to strengthen police and community relations, the organization launched Greg’s Groceries, which delivers food to community members in need.

Serve & Connect received a check for $125,000 at Thursday’s event from sponsors AT&T and FirstNet to help foster the organization’s growth. The organization has grown significantly in just the past five months, according to Serve & Connect community outreach coordinator Jenny Wooten McGill. Law enforcement professionals packed more than 1,600 boxes of canned foods and nonperishables in one day, nearly double the number of boxes packed at an event in May.

Each box is intended to feed a family of four for a week.

Interest in the event was so great that Wooten McGill said departments had to limit the number of officers in attendance.

“If you say that there’s about 21 meals per box — that’s over 30,000 meals. You are packing that today, and it will go out because of your love to people in need,” Alia Ray said to the officers in the crowd.

Law enforcement from agencies across the state received recognition for their work with Greg’s Groceries, including the Timmonsville Police Department, which was among the departments that delivered the most boxes so far in 2021.

Initiatives such as Greg’s Groceries are important for building trust within a community, according to Timmonsville Police Chief Thomas McFadden. He got his department involved because he wanted his officers interacting with the people they serve in a positive setting.

“I like to bridge the gap between the community and law enforcement. I think somewhere in the past few years that got lost,” McFadden said.

Initiatives such as Greg’s Groceries continue to breathe life into the memories of those lost.

“In this profession, you know, we’re gonna fall, or many of us fall,” McFadden said. “As long as people keep their legacy going, they’ll never die. They remember them long after we are dust.” 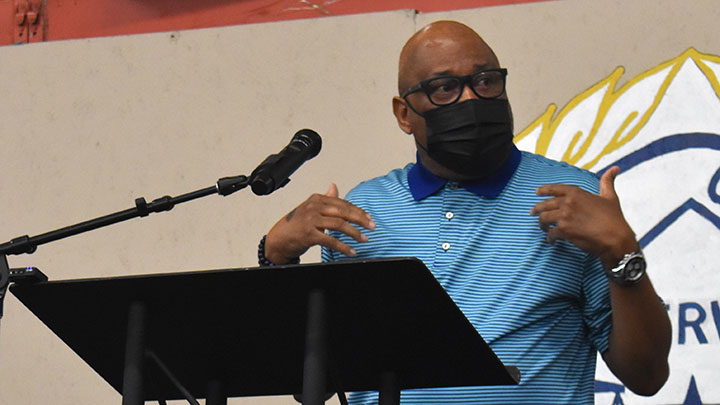 The Rev. T. A. Belton of Zion Pilgrim Baptist Church in Winnsboro speaks about the importance of community service. “I believe that our success in life is that each of us must be ready for his or her opportunity to serve and connect when that time comes to present itself,” Belton said. 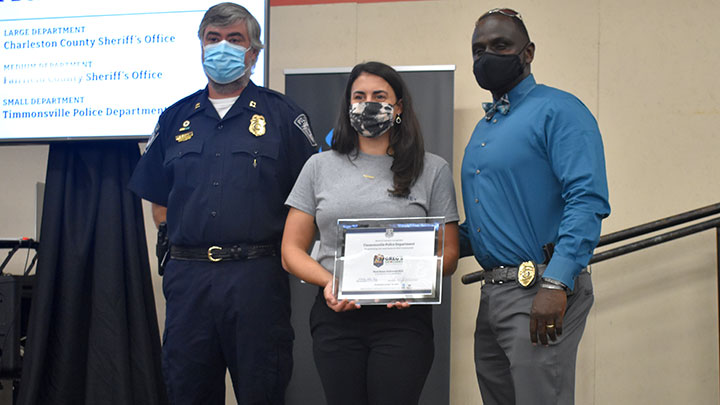 Capt. James Allen and Chief Thomas McFadden of the Timmonsville Police Department accept their award for most boxes delivered in 2021. 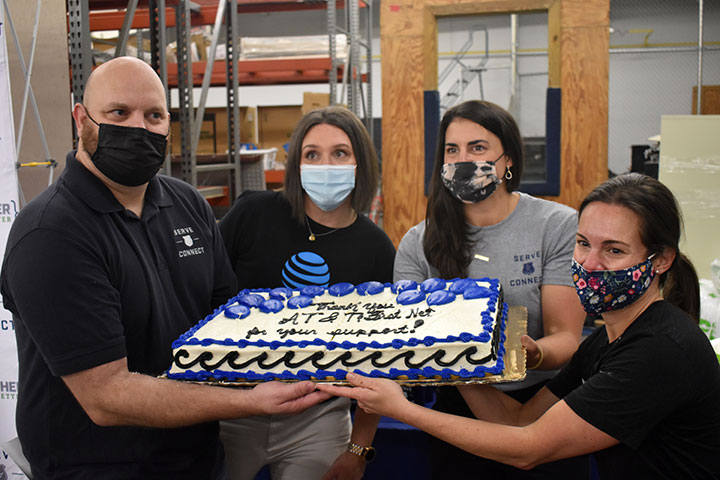 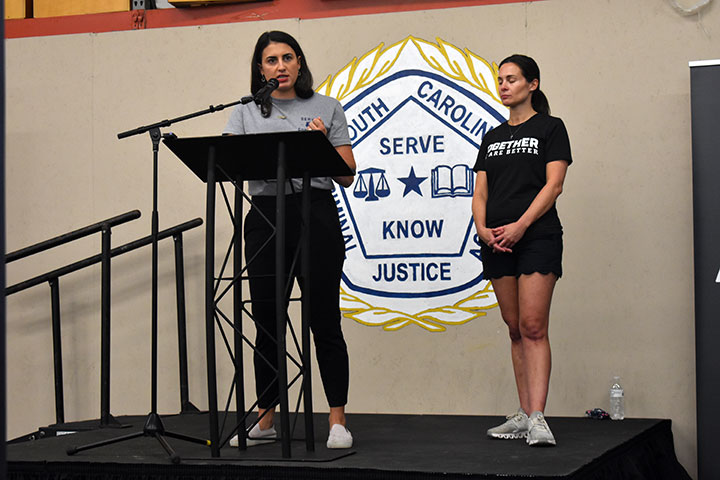 Alia Ray addresses the crowd on the significance of the 6th anniversary of her husband Greg Alia’s death. Wooten McGill shuts her eyes, overcome with emotion.