South Carolina ranks No. 3 among deadliest states for cyclists, pedestrians. But help is on the way 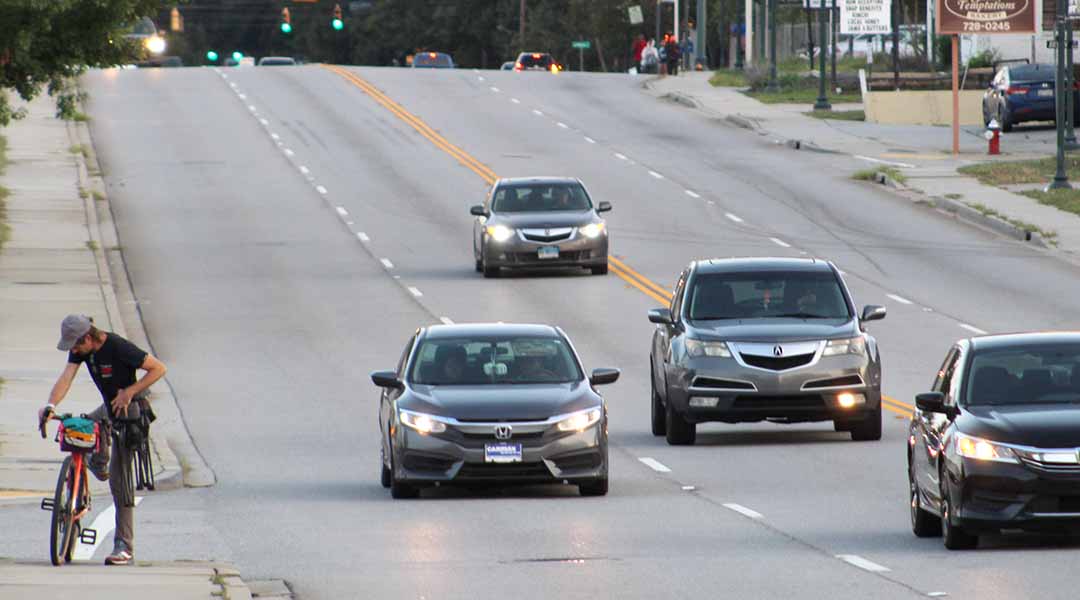 A biker uses a sidewalk on a section of North Main Street that lacks a bike lane. (Photo by Sammy Sobich)

South Carolina and its three largest metro areas are among the nation’s most deadly for cyclists and pedestrians. The state, and Charleston, Columbia and Greenville, have seen an increase in fatalities over the past 10 years as populations grow and roads age.

Residents of Columbia, however, soon may see some help, as projects to increase safety get underway.

Columbia is dangerous in part because it has a large student population that walks and cycles. Students who live on one of the city’s three urban campuses, or close to campus, have to cross intersections cited as dangerous by the South Carolina Department of Transportation.

Anabel Brockhard, a sophomore that the University of South Carolina, walks more than 1.7 miles from her Green Crossing apartment on Pulaski Street. It takes her about 35 minutes to get to her criminal justice class.

“I do my best to romanticize the walk,” said Brockhard, talking about crossing Assembly and Main streets. To avoid the intersection itself, she walks out of her way to take the tunnel between the Darla Moore School of Business and Greene Street, which crosses under Assembly. “It’s a lot of lanes to cross in such a short amount of time.”

Now, South Carolina has “finally taken steps towards allocating resources to fix our roads” in passing legislation to repair and rebuild South Carolina roads and bridges, according to South Carolina Alliance to Fix Our Roads. A key part of that legislation involves increased safety measures for cyclists and pedestrians, who are more difficult to spot on the road. The alliance, a group of business leaders, associations, and chambers of commerce, has been seeking upgrades for the state’s infrastructure for years. And it knows that cyclists and pedestrians — known as “vulnerable roadway users” are statistically at a greater risk of death or injury than motorists themselves.

Smart Growth America released data earlier this year for a project called “Dangerous by Design” that ranked South Carolina as the third-most deadly state for pedestrians in the country. So far in 2022, 92 pedestrians, 13 cyclists and 110 motorists have been killed, according to S.C. Department of Public Safety.

Director of pre-construction for SCDOT, John Boylston, said the state’s new legislation aims to enhance the quality and safety of paved and unpaved walkways, shoulders and crosswalks. This primarily federally funded project is matched by local and state funds, with a considerable percentage coming from the state gas tax. Rob Perry, the director of traffic engineering for SCDOT, said construction has a tentative summer 2023 start date, noting the summer months are when students are away from campus.

Boylston said pre-construction planning takes into account pedestrians and bicyclists as well as the Americans with Disabilities Act.

The state collects data to predict appropriate traffic patterns and where to allocate funds.

A major update is planned for the Five Points area, adjacent to USC. The area is contained Blossom, Harden and Gervais streets and runs east to Millwood Avenue. SCDOT has decided the area is a high priority because of the number of motor vehicle crashes with bicyclists and pedestrians.

The agency has been allotted $4.85 million to repair the corridor. The following improvements are being added in conjunction with the city:

Other downtown projects include elevating the railroad tracks that cross Assembly Street and replacing the Blossom Street Bridge.

The Public Safety department runs media campaigns as part of its Target Zero messaging on Instagram and Facebook to raise awareness about threats to both vulnerable roadway users and drivers.

One of its campaigns, “Public Information and Education Campaign,” focuses on the leading causes of traffic collisions, such as following too closely. 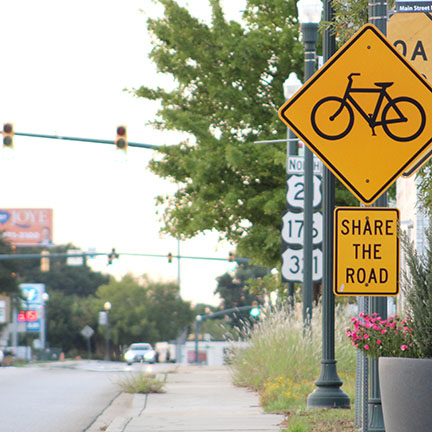 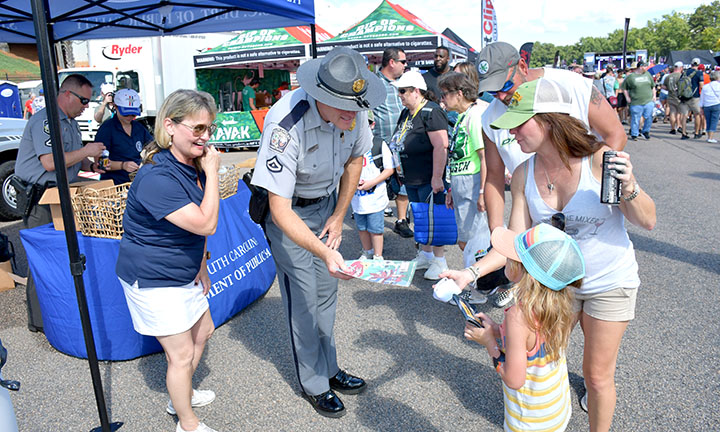 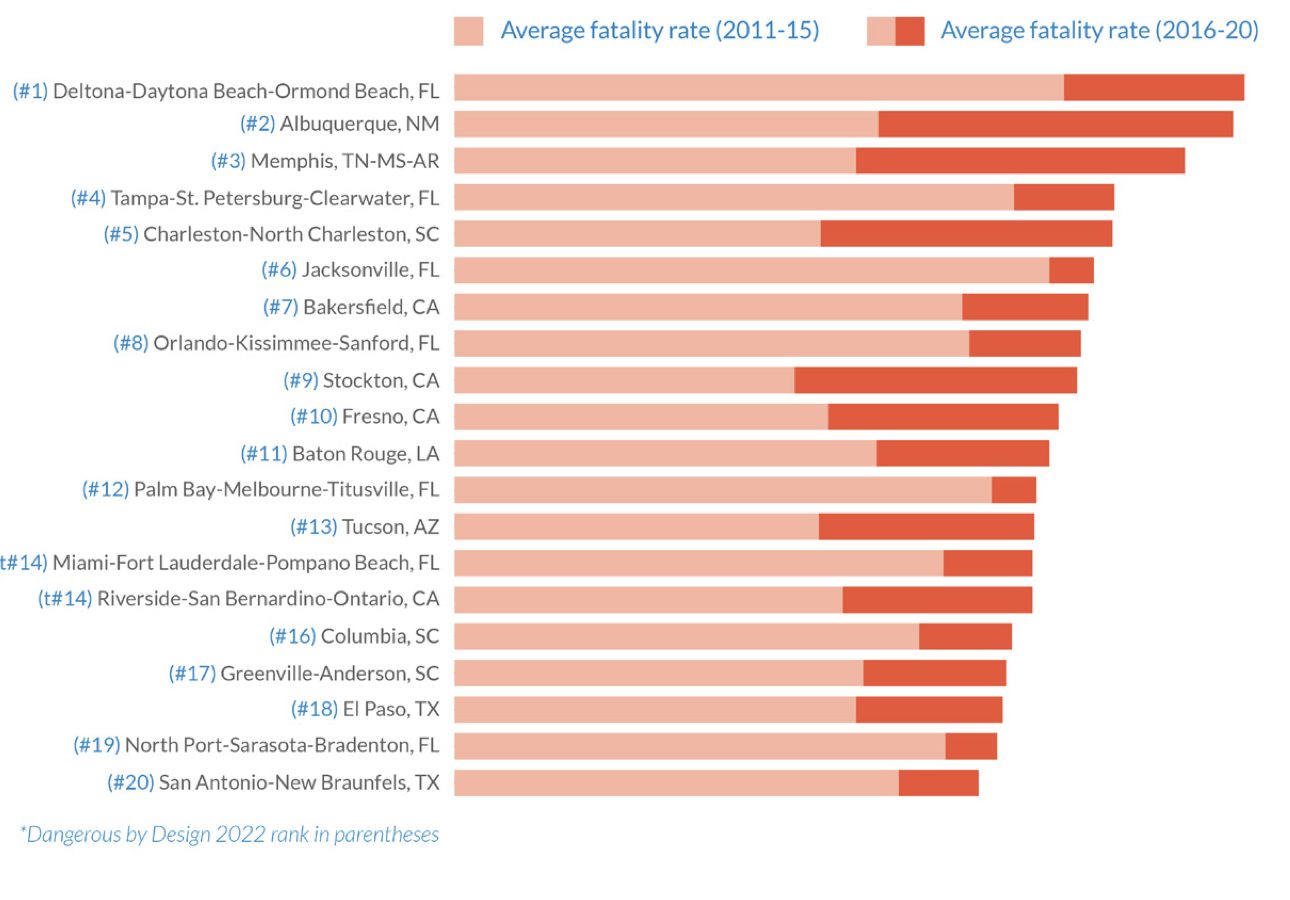 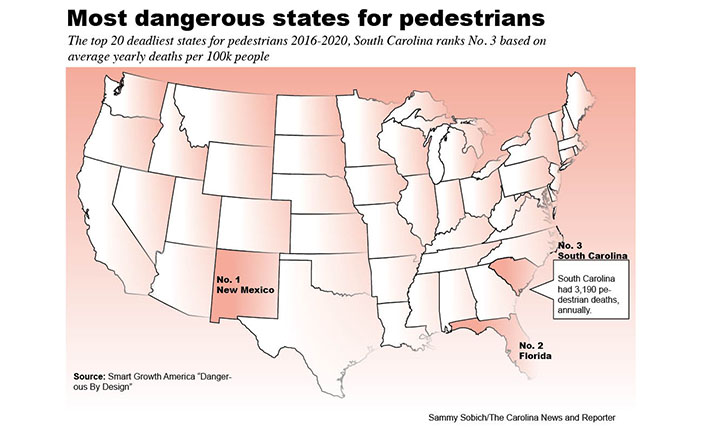 The proposed “road diet” plan for Five Points. SCDOT also will add a raised planter box along Harden Street’s median that will include new landscaping. (Graphic courtesy of SCDOT) 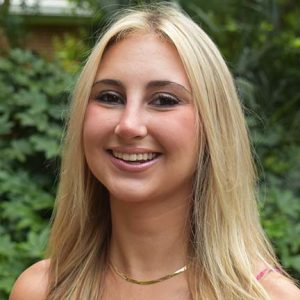