South Carolina set to conduct first execution in over a decade 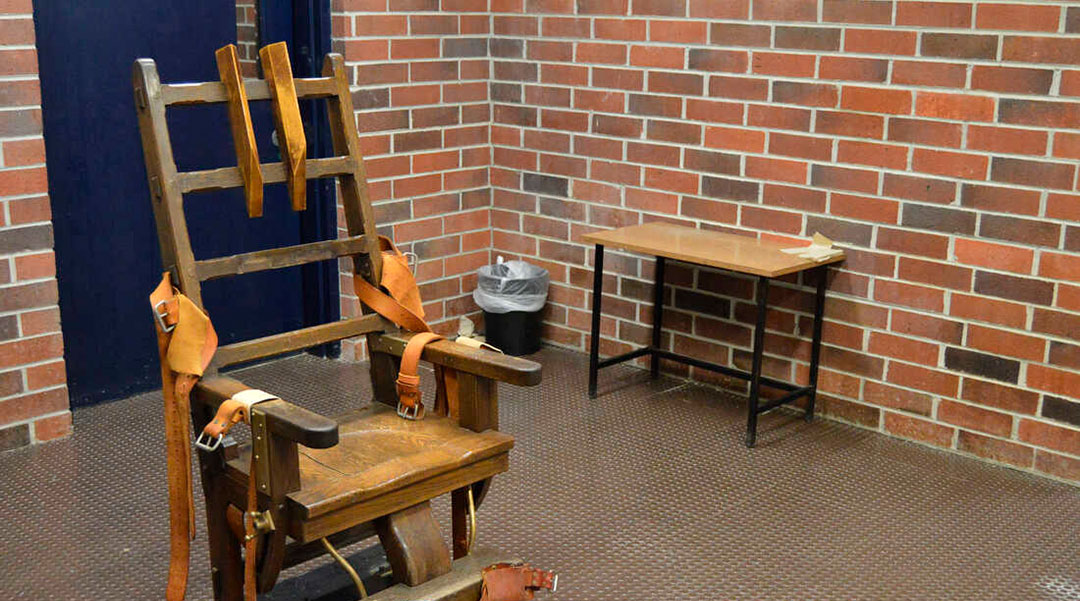 The electric chair and firing squad are both now legal methods of execution in South Carolina due to a 2021 law. Photo courtesy of Kinard Lisbon/S.C. Dept. of Corrections.

Richard Moore of Spartanburg is scheduled to be put to death by the state of South Carolina on April 29, marking the first execution carried out by the state in over a decade.

Because companies will not sell the drugs used for lethal injections to South Carolina, the state has not carried out an execution since 2011. This is because South Carolina does not have a law shielding those companies’ identities. State lawmakers passed a bill last year bringing back the electric chair and firing squads to fulfill the sentencings of the 35 inmates currently on death row.

Moore was convicted in 2001 for murdering a convenience store clerk in Spartanburg during a robbery, in 1999. The jury that convicted him also sentenced him to death.

Moore is the last person on death row in the United States sentenced in a trial where the state struck all Black jurors, according to Justice 360, a South Carolina nonprofit that promotes transparency in the criminal justice system for death row inmates.

Former South Carolina Rep. Trey Gowdy prosecuted the case in 2001 to an all-white jury where he portrayed Moore as a “thug“ with a history of violence, citing several assault and battery convictions and robberies that Moore committed prior to murdering the store clerk in 1999.

When Moore entered Nikki’s Speed Mart in Spartanburg on September 16, 1999, he confronted the store’s clerk, James Mahoney, 42, who drew a .45 caliber handgun. The two struggled before Moore was able to grab the gun and shoot at another customer. Mahoney then grabbed another gun which he used to shoot Moore in the arm. Moore returned the fire with a fatal shot that pierced the clerk’s heart.

Moore was apprehended by law enforcement later that night at a traffic stop where he told deputies “I did it. I’m guilty.”

South Carolina Supreme Court Justice Kaye Hearn expressed that Moore’s sentence is “disproportionate” to the crime he was convicted for, in a dissent issued on Wednesday, hours after the state Supreme Court announced Moore’s execution date.

“Richard Moore will be put to death for a sentence that I do not believe is legal under our law,” Hearn said.

She argued that Moore entered the store unarmed, which “falls well short of engaging in a cold, calculated, and premeditated murder. While tragic and heinous to the victim and his family, Moore’s crime does not represent the ‘worst of the worst’ in terms of those murders reserved for the death penalty.”

Hearn also said she had voted to affirm 11 death sentences during her time on the court and had never dissented, until this case.

In 2017, a convicted serial killer from Spartanburg was sentenced to life in prison after accepting a plea deal. The killer, Todd Kohlhepp, plead guilty to seven counts of murder. He had kidnapped, tortured and killed women.

Both Moore and Kohlhepp’s sentences were decided in South Carolina’s 7th judicial circuit. Barry Barnette, the current 7th circuit solicitor who oversaw the plea deal that gave Kohlhepp a life sentence, was a part of Gowdy’s prosecutorial team in 2001, which sought the death penalty against Moore.

The 7th Circuit Solicitor’s Office declined to comment on this case.

Other notorious inmates on death row alongside Moore include:

Timothy Ray Jones Jr., who murdered his five children, aged 1-8. His oldest son was exercised as punishment until he collapsed and died. The other four were strangled, their bodies were put in his car, and driven around for nine days before being dumped in trash bags, in Alabama.

William Dickerson, who took 18 hours to kill a man, after kidnapping and sexually assaulting the victim. Over 200 lacerations were found on his body.

Quincy Allen, “The Soda City Serial Killer” went on a crime spree in 2002, including four murders. He also stabbed an officer multiple times in 2009, with another death row inmate.

Marion Lindsey shot and killed his wife, who was hiding with their daughters in the backseat of a car.

James Robertson murdered his two parents in their home days before Thanksgiving.

Sammie Louis Stokes, a contract killer, sexually assaulted, raped and murdered a 21-year-old woman after being paid $2,000 by victim’s mother-in-law.

Andres Antonio Torres  beat a couple to death in their own home, before attempting to burn the house down to hide the crime. 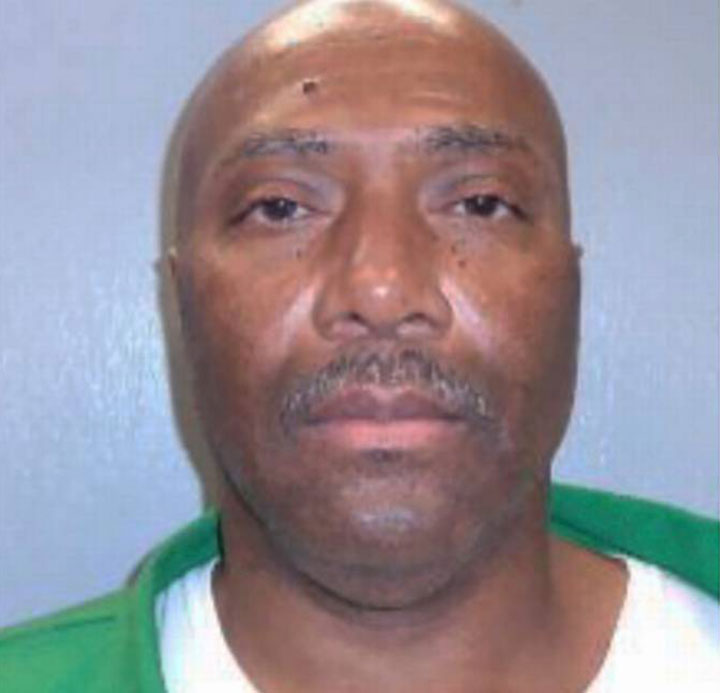 Richard Moore’s execution date has been set for April 29. Photo courtesy of the S.C. Dept. of Corrections. 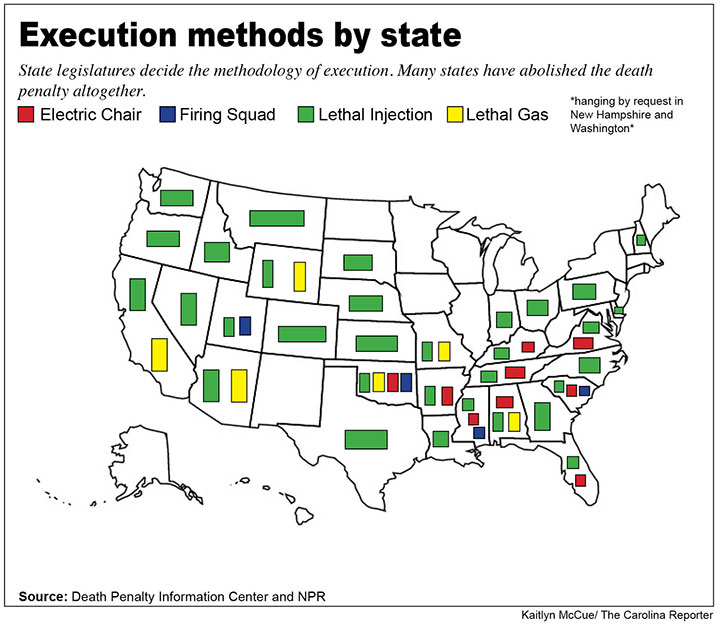