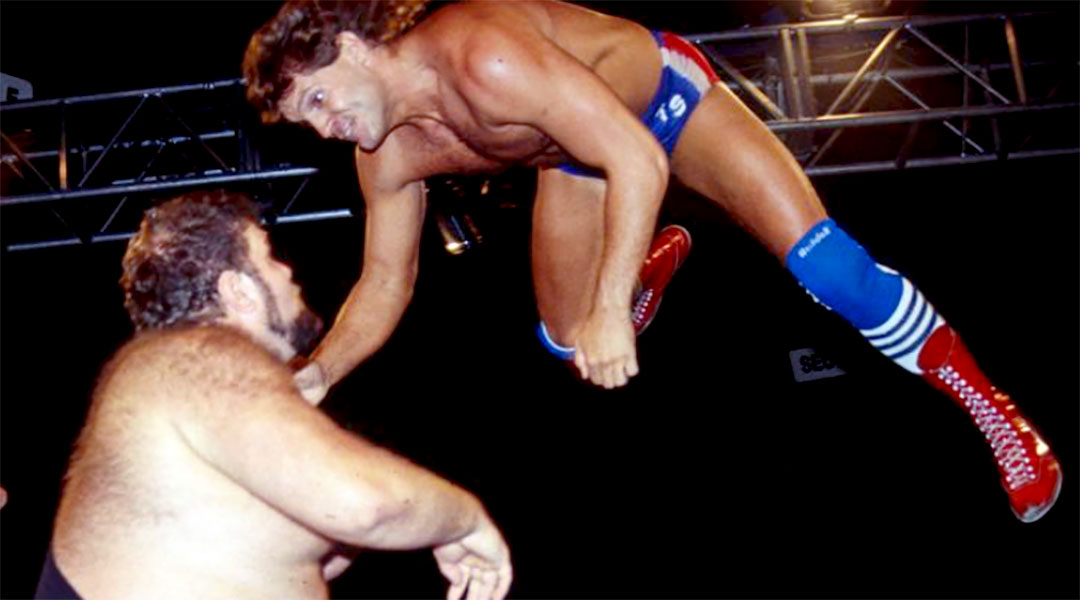 Throughout a nearly 30-year career, Tracy Smothers established himself as one of the premier stars of the southern professional wrestling circuit. Photo courtesy: Greg Edmon

When professional wrestler Tracy Smothers passed away in October 2020, his fans remembered a man famous for his “Wild-Eyed Southern Boy” persona, his signature “Rebel yell” and his penchant for wrestling a full-grown grizzly bear in venues across the Carolinas.

Despite Smother’s physical decline over the last decade and absence from the ring, the mythos surrounding the southern icon continues to grow.

“He was a living legend, especially in this area,” said Charlie Nasworthy, a longtime wrestling fan from North Augusta. “Even in his fifties, he still had the mullet, the crazy eyes and energy in the ring that you don’t see anymore. Everything about him was like a time capsule from a bygone era.”

Smothers found the door to the world of professional wrestling by accident. After graduating high school in Springfield, Tennessee, Smothers moved to Memphis in 1983 to look for work. In Memphis, he caught the eyes of several professional wrestlers while lifting weights in a local gym.

After they learned he had a background as a high school wrestler, Smothers was given free wrestling training. By 1985, he found himself on local television in Tennessee, often losing.

“It’s really easy to get discouraged when you’re starting,” said Nasworthy, a wrestling trainee. “But I think what really set Tracy apart is he was willing to work hard and to learn, and everyone took notice of that.”

Smothers formed a team with another athletic youngster, Steve Armstrong. Popular in the Carolinas and Florida, the group became known as the “Southern Boys,” and often sported southern flag regalia and entered the ring to “The South’s Gonna Do It Again” by the Charlie Daniels Band.

As the team became a fan-favorite in the South, professional wrestling was in a stage of national expansion. The Southern Boys’ southern drawls and cowboy hats were not what major promotions wished to broadcast on national television.

But despite this, Smothers refused to abandon his roots, and according to those that later worked with him, this led to several contentious meetings with wrestling promoters and executives. The decision may have cost him significant fame and fortune, but it only furthered entrenched him in the Southeast wrestling scene. It also inadvertently led him to the most important opportunity of his career.

The plan was that one of the promotion’s most prominent stars would wrestle the bear, creating a must-see event and maximizing profits. However, the bear’s handler refused to allow the bear to wear a muzzle for the match, dramatically increasing the risk involved.

As a result, every “headliner” for the promotion refused to wrestle the beast, fearing injury. Sensing the opportunity to make a name for himself, Smothers agreed to wrestle Ginger, a 550-pound grizzly bear, for five minutes in the old Charlotte Coliseum.

“There’s a lot to be said about professional wrestling’s real dangers, but wrestling a bear was a completely different situation,” said wrestling historian and former promoter Jim Cornette. “The trainers were able to train the bear to do certain things, but you knew there was no pre-match agreement between the opponent and the bear. Whatever happened was a result of the bear’s training and its disposition at the time.”

Despite the inherent danger and Smothers’ lower status at the time, the matchup was a massive hit at the box office and led to one of the best paydays of the then-25-year-old’s career.

Smothers almost won the bout, briefly pinning the bear before the beast roared back, and Smothers scurried to safety.  (Such outrageous antics involving animals are no longer legal and would certainly  draw the wrath of animal rights advocates today.)

The Tennessee native continued wrestle Ginger in different cities throughout the territory, drawing sell-out crowds in each venue.

This reckless excitement caught the eyes of Cornette and music producer Rick Rubin, who were beginning to form their own promotion at the time, Smoky Mountain Wrestling.

“Professional wrestling was changing. Smoky Mountain was my idea of what wrestling should be,” said Cornette, who became president of SMW. “Tracy Smothers was the epitome of the perfect Smoky Mountain hero. He was legitimate.”

Smothers enjoyed a five-year run as one of Smoky Mountain Wrestling’s biggest stars, capturing the Heavyweight Championship twice and selling out arenas from Knoxville, Tennessee to Charleston, South Carolina.

Although this run made Smothers a hero in the Southern states, his career was once again altered by the continued expansion of national wrestling powerhouses WCW and WWE. These two companies’ dominance on cable television forced Smoky Mountain Wrestling off most channels. This development was a crushing blow to the smaller promotion, and SMW folded in 1995.

From there, Smothers headed north, eventually stopping at the upstart Extreme Championship Wrestling in Philadelphia. Surrounded by young, innovative talent, the 37-year-old Smothers was once again struggling to establish his position on the roster.

“He was always working to improve and to adapt, even at that point in his career,” Nasworthy said.

In ECW, Smothers would pair up with the undersized James “Little Guido” Maritato, forming a tandem known as the “Full-Blooded Italians,” despite Smothers lacking any form of Italian heritage.

“Tracy is the least Italian guy I know, and all the fans knew that too, which was what made it brilliant,” said Lance Storm, who spent time in both SMW and ECW with Smothers. “It was just as funny to the wrestlers as it was to the fans.”

The joke endeared him to the promotion’s rabid fans, and the team became an unlikely draw at the box office. Smothers also charmed other wrestlers by serving as an unofficial mentor, guiding young stars through many of the difficulties he had faced in the decades before.

Storm, a retired wrestler who was a rookie in SMW while Smothers reigned as the Heavyweight Champion, credits Smothers for teaching him about the business.

“He made all those young wrestlers individually feel like he specifically just cared about that person.” Storm said. “He wasn’t looking to see who the greatest young wrestler was so that he could tack on to them… He just did it for everyone.”

After ECW closed its doors, Smothers continued to wrestle sporadically throughout the eastern U.S., but injuries and age began to slow him down. Still, he continued to serve as a mentor and trainer for many of the future stars, including WWE and UFC competitor CM Punk.

“Tracy was the first [star] I ever [wrestled]. He taught me so much just that first night and continued to do so for years. He loved working shows full of young kids and always helped share his knowledge,” said CM Punk in a series of tweets posted after Smothers’ death. “He was one of a kind, and he left his mark on the wrestling business.”

Despite his continued enthusiasm for professional wrestling and his scaled-back in-ring schedule, Smothers’s health declined rapidly in his late 50’s. From 2014 to 2019, Smothers suffered multiple heart attacks and was diagnosed with early-onset chronic traumatic encephalopathy, or CTE, likely because of head trauma and the strain his 30-year wrestling career placed on his body. Still, Smothers remained positive and hoped to return to the ring for one last farewell match.

“I’ve been diagnosed with lymphoma, but life is a battle, and I’m in it to win it,” Smothers said  in a Facebook post at the time. He ended his post with one of his trademark quotes. “I’m alright. I’m like an old pick-up truck. After the first dent, the rest don’t matter.”

Smothers was diagnosed with lymphoma in November of 2019. But even as his ailments piled up, Smothers refused to turn his back on his friends and fans.

The 57-year-old continued to make appearances at wrestling events and fan conventions in the Southeast, even going so far as to make an appearance at Winston-Salem’s WrestleCade convention, only hours after receiving chemotherapy that morning.

Despite high spirits and numerous donations from longtime fans, Smothers spent most of 2020 undergoing  chemotherapy treatment. He died at age 58 on Oct. 28 in Evansville, Indiana.

“There have been bigger stars that didn’t get as much attention when they passed because everyone loved Tracy,” said Cornette.

While his passing may have come while the world was preoccupied with a pandemic, Tracy Smothers left an indelible mark on the fans, promoters and wrestlers of the Southern wrestling scene.

Considered one of the last Southern regional stars, his hard work, endearing personality and genuine kindness created a legacy that will last far beyond the 58 years he lived.

“Tracy was just the nicest guy, always upbeat, always friendly, and always so much fun,” Storm said. “Tracy was every positive stereotype of the ‘good ole southern boy.’ He was Bo or Luke Duke, just a good old boy, never meaning no harm.” 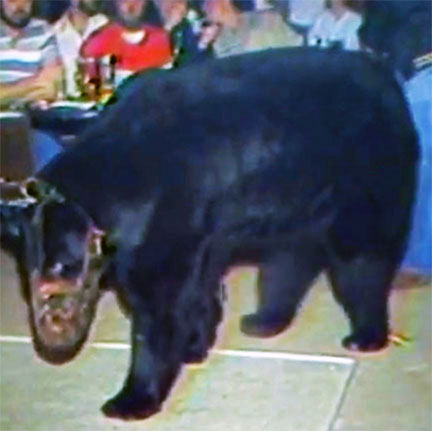 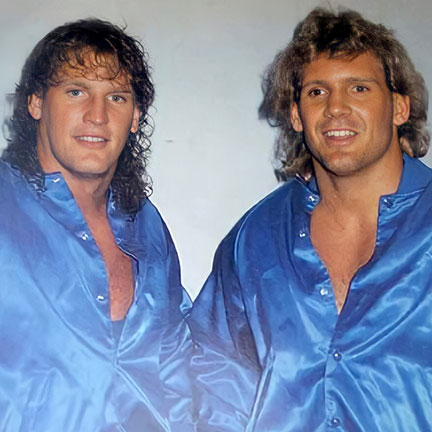 Before breaking out as a solo competitor, Smothers formed a team known as the “Southern Boys” with Scott Armstrong. Photo courtesy: Greg Edmon 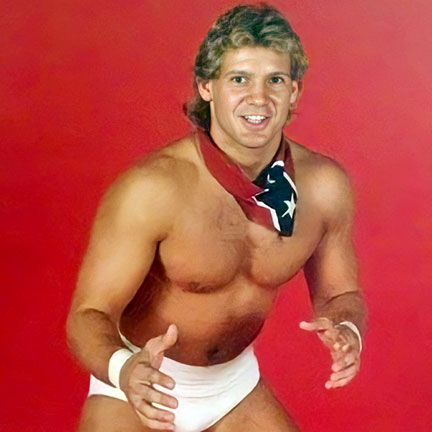 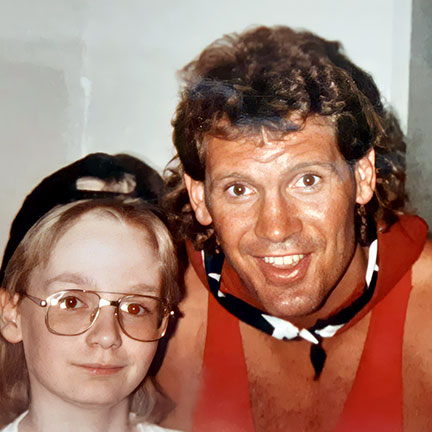 After joining Smoky Mountain Wrestling, Smothers became a two-time Heavyweight Champion and one of its most popular stars. Photo courtesy: Maverick Tedder 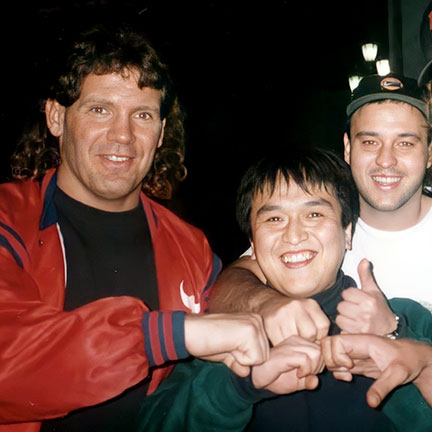 Later in his career, Smothers served as a mentor to many young wrestlers in Extreme Championship Wrestling. Photo courtesy: Masa Horie 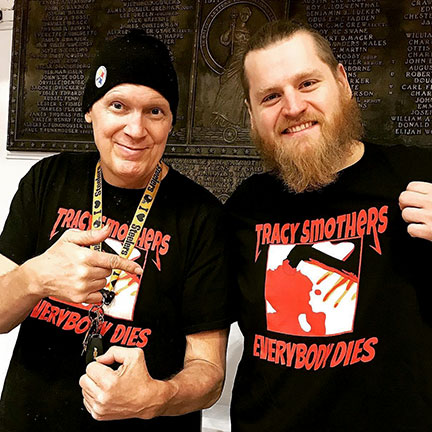 Despite his poor health, Smothers appeared at numerous wrestling fan conventions in the final years of his life. Photo courtesy: Ray Waddell 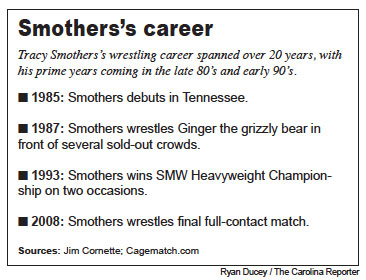