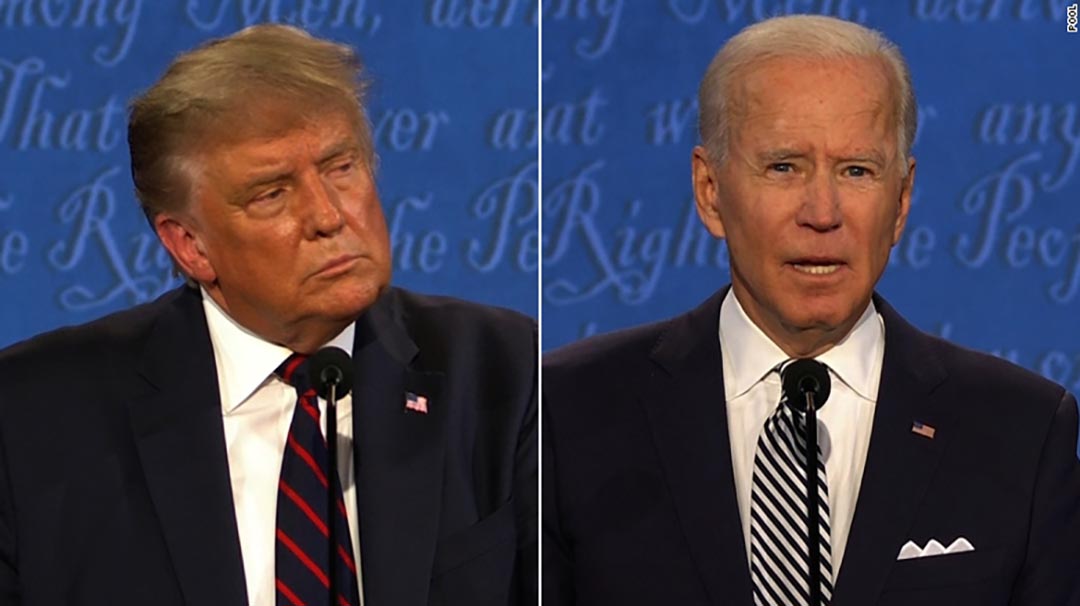 “It wasn’t a debate,” Robert Oldendick, a political science professor the University of South Carolina, said. The two talked over each other, and President Trump was called out by the moderator for repeatedly interjecting himself in the time allotted for his opponent.

Oldendick said the candidates did not take advantage of their time on national television and thinks the non-partisan Commission on Presidential Debates might consider stricter ground rules going forward.

Even after 90 minutes allotted for discussing prominent issues, Oldendick said he does not believe the first debate will have any impact.

Mark Steffan, a second-year accounting student, said he got tired and couldn’t hear what either candidate was saying because they were talking at the same time.

“I don’t think there was [a winner]; they were both just attacking each other,” Steffan said. “I think if anything, it will make everyone hate both of them more.”

“It wasn’t a traditional debate where you could see a clear outcome,” Walker said.

The interruptions between Trump and Biden did not provide clear answers for Americans to pick a true winner. During the conversations, Walker said he found Biden more emotionally appealing, but he did not articulate well.

Walker said he thinks people who are on the edge will still vote.

Second-year political science student Preya Simmons watched the entire debate, but was frustrated with the outcome.

“It wasn’t really a debate so much as like a screaming match,” Simmons said. “They weren’t able to really give their position on all of the topics and issues that we want to talk about.”

Fourth-year public relations student Chloe Holowczenko said the debate resonated with her as it was everything she expected it to be.

“It’s not a secret that a lot of people are undecided,” Holowczenko said. “I think that there are soft Biden supporters and there are soft Trump supports, and the debate could’ve made it easier to lean one way or the other.”

Holowczenko said Trump’s constant interruptions supported his domineering personality and ultimately helped his campaign. She said his base sees talking over Biden as “dominance” and Trump’s campaign will use it as fuel to show Biden as weak.

“I don’t think these debates are really going to do anything, but it definitely does get everyone riled up. It definitely got me riled up,” Holowczenko said. “I know that I am not the only one.”

Holowczenko said Biden’s campaign did not take advantage of Trump’s dominant attitude during the debate.

“There’s not a lot of people that watched the debate and have their votes decided,” Holowczenko said. “The debate didn’t decide their vote, but what it did was encourage white supremacy groups who already have targeted campaigns towards Black Lives Matter movements and people in that community. It gives more motivation to target them.”

Holowczenko said this debate gives voters a glimpse of what the next four years are going to look like.

Oldendick said the second debate on Oct. 7 between Vice President Mike Pence and California Sen. Kamala Harris is going to matter. He said he does not want people, young voters especially, to be discouraged from voting on Nov. 3.

“If it is a first-time experience, don’t let it be the last time,” Oldendick said. 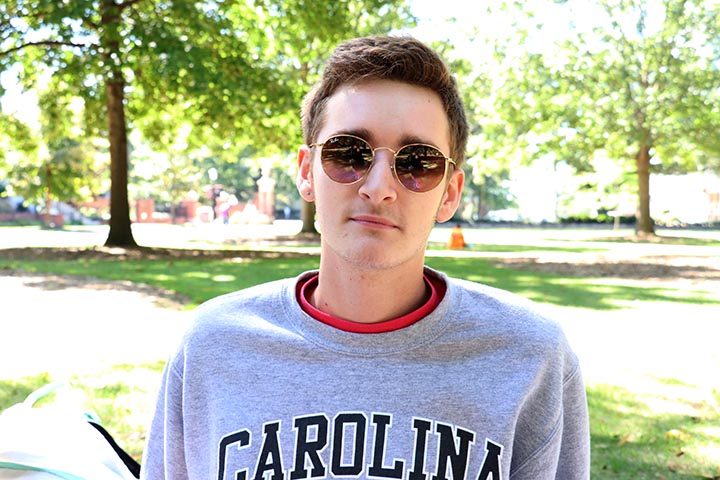 Mark Steffan, a UofSC student, said Americans will hate the two presidential candidates even more after the first debate. 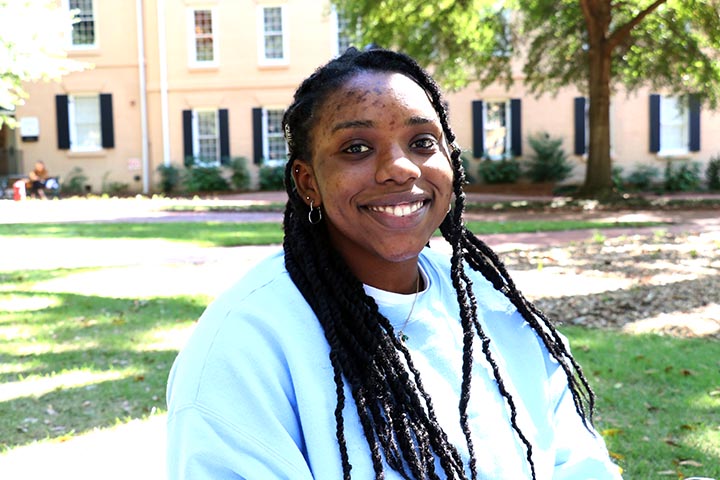 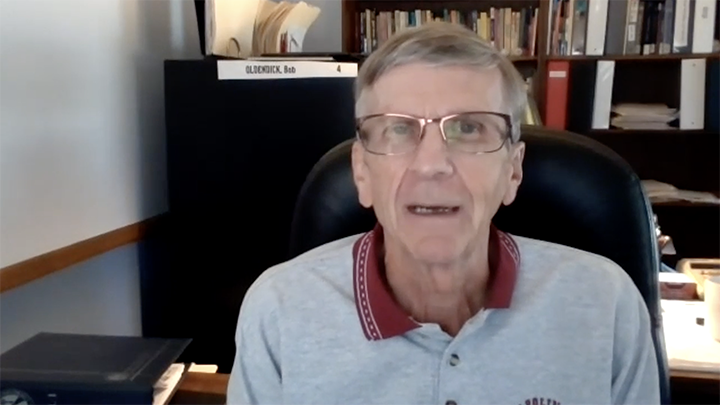 Professor Robert Oldendick speaks via Zoom and encourages students to not give up on the voting process. 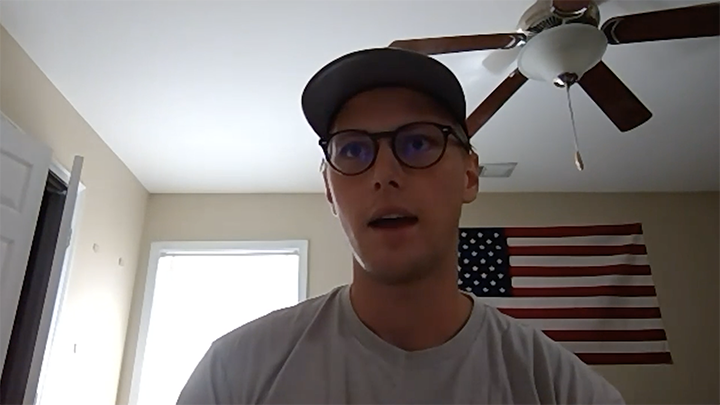 William Walker, a UofSC student, talks via Zoom about how the presidential debate between President Trump and Vice President Biden was a disaster. 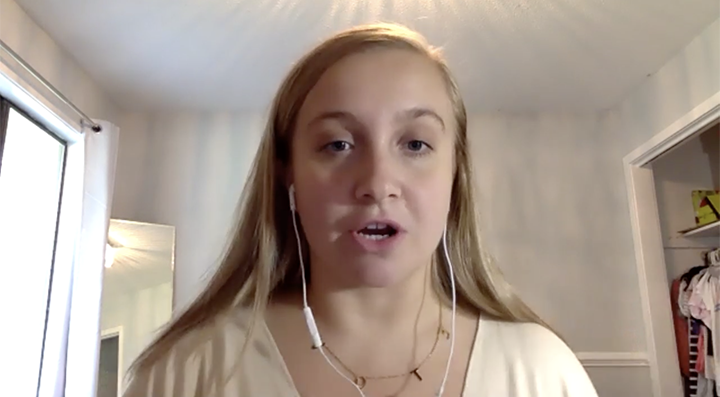 Chloe Holowczenko, a UofSC student, discuses her frustrations via Zoom with both of the presidential candidates’ confusing  rhetoric.