Teen who played Carnegie Hall says it was “surreal” 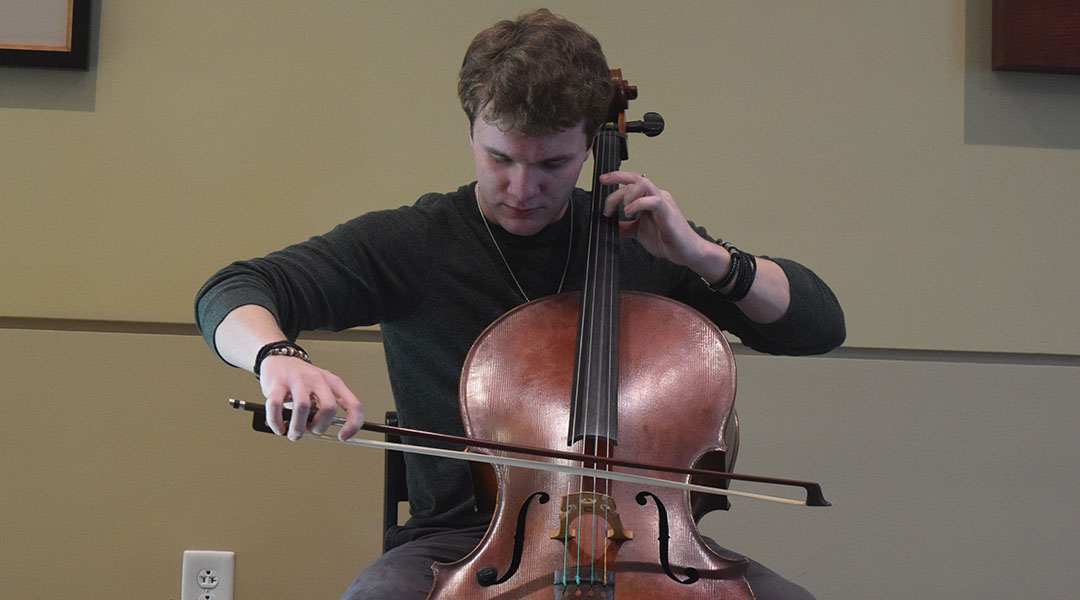 Dutch Fork student Ian Emmer started his journey to Carnegie Hall in August 2021 when he received an invitation to the 2022 High School Honors Performance Series. Photo by Téa Smith.

Ian Emmer walked nervously toward his seat at the front of the stage at Carnegie Hall. The lights beamed down on the teenager as he paused, took a moment to take it all in, and began.

Then, he said, his worries vanished as he drew his bow across the strings, and the first notes of “Ride of the Rangers” filled the hall.

“It was just surreal. It didn’t feel like it was actually happening until I walked out, like, into the actual hall, and I saw all the people in the seats,” Ian said.

For his family members and teachers, the concert represented a significant moment in the life of the 16-year-old Dutch Fork High School student who wants to make music his profession.

“Everything else he’s kind of a little bit scattered, as 16-year-old boys are,” said his mother, Lauren Emmer, “but he starts talking about the cello, or he picks up the cello, and he’s immediately laser-focused and very intent and intense about what he’s doing and what he wants to do with it.”

Ian has been playing music for about five years. After his orchestra teacher introduced the students to the instruments, he decided to play the viola.

“She really seemed like she cared what the students did and how they’d grow up,” Ian said. “That’s why I was like, ‘I want to do that one.'”

Ian’s mother was unsure about his initial choice to play the viola. She warned him that playing an instrument would take a lot of time and practice, but that did not deter him. After his first day, he decided to play the cello instead of the viola.

Ian enjoys showing people the dedication he puts into his music and how he gets to express himself through music.

He began studying under Jacqueline Taylor Hendricks, a professional cellist and private music teacher, in the sixth grade. In his time with her, he has learned three major concertos — Haydn’s C Major Concerto, Elgar’s Cello Concerto and Saint-Saëns’ Cello Concerto — and is currently learning a fourth concerto.

She said she has taught many talented kids from sixth to 12th grade, but Ian has surpassed her expectations.

“Ian is very special, but he’s also very blessed. And I say blessed because God’s not only given him the determination and the realization of what he wants to do at this young an age to really understand that principle before he even gets to college,” Taylor said. “So many people don’t even know when they get to college what’s going on, but he’s already predetermined.”

Ian, a high school junior, started looking at colleges and is particularly interested in the Curtis Institute of Music in Pennsylvania. He said that his dream is to make music for a living — even if he does not become world-famous and never performs at Carnegie Hall again.

“I just really want to be able to make music for people, any chance I get, all the time,” Ian said. 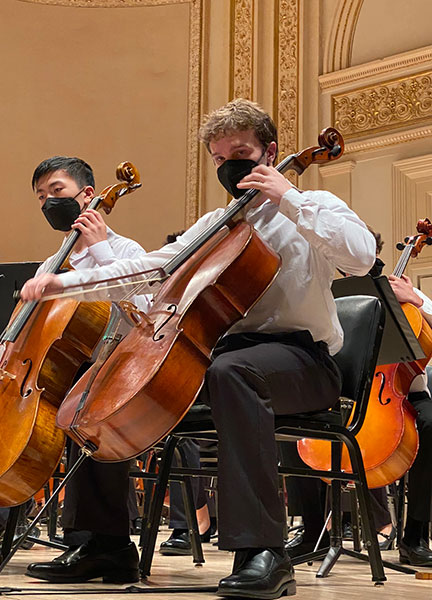 Once on stage, Ian said that he knew he would be fine, knowing that he and his peers had prepared extensively for the performance. Photos courtesy of Lauren Emmer. 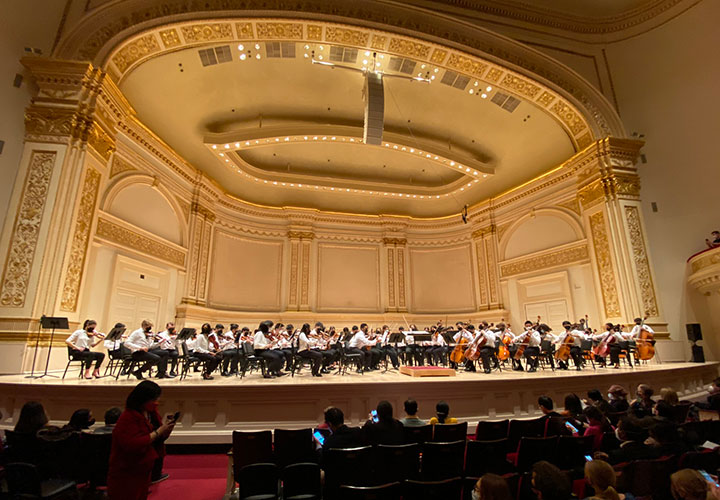 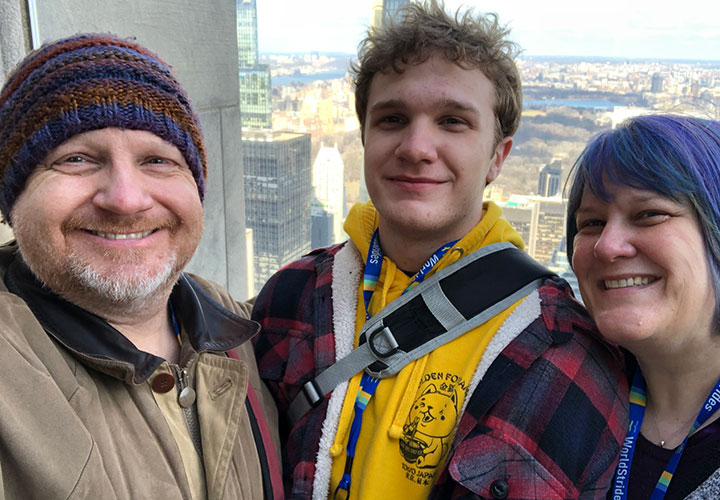 Edwin Emmer, Ian’s father, said seeing his son play in a historic venue like Carnegie Hall fills him with joy and pride.