A bill working its way through Congress could make concealed carry permits more like drivers’ licenses – transferable across state lines.

For many South Carolinians who carry concealed weapons, the legislation would be welcomed. But in the wake of the most recent mass shooting in Florida, opponents to gun law expansions are rallying in state capitols from Columbia to Sacramento.

The Concealed Carry Reciprocity Act has passed the U.S. House and is now working it’s way through the Senate, but not without opposition.

In rural areas, where gun ownership is a way of life, the bill would help end a hodgepodge of state regulations that make it difficult for legal gun owners to carry their weapons across state lines.

But in states like New York and California, where populations are high and guns are difficult to obtain, police chiefs fear that if the act passes it would make it difficult to keep their cities safe.

Gun ownership is a way of life

Gerald Stoudemire and his wife of 54 years, Faye, own a small gun shop a few miles from Main Street in the small community of Little Mountain.

It’s towns like this where gun ownership is a way of life.

The couple, their children and their grandchildren were all raised with guns. Gerald, who is also president of the Gun Owners of South Carolina, an affiliate of the National Rifle Association (NRA), is hoping that the act will pass.

“I’m a firearms dealer,” Stoudemire said, “Yet if I go into some states, I would not be able to carry a firearm in that state.”

It is an issue he says legal gun owners across the nation face.

In 2013, Pennsylvania mother and legal gun owner Shaneen Allen was arrested and held in jail for 48 days after carrying a concealed weapon into New Jersey.

Allen was later pardoned by New Jersey Gov. Chris Christie. But she is often used as an example for why the legislation, which would mandate nationwide reciprocity, should pass.

At the South Carolina State House, almost 3,000 people rallied on March 24 for more gun control in a national movement called the March for Our Lives.

The movement was sparked after the mass school shooting in Parkland, Florida left 17 dead.

Since the shooting, President Trump, who received $30 million from the NRA during his campaign run, has proposed stricter gun laws and revoked his support for the act that at one point seemed like a likely win.

But, it is hard to tell if he will maintain his position.

For the Stoudemire’s, less regulation and more trained, law-abiding gun owners are the solution to violent crime.

But police chiefs across the country are saying otherwise. New York Police Commissioner James O’Neill voiced his opposition in a February interview on CBS’s “60 Minutes” broadcast.

“Right now we have a good idea of who’s carrying guns,” O’Neill said. “If this law passes… all bets are off. Anybody can come into New York City from any state and carry a weapon.”

At the South Carolina State House, Sen. Stephen Goldfinch, R-Georgetown, says he realizes how reciprocity for states with weaker gun laws could be concerning.

“I get it,” Goldfinch said, “…but it’s not as much of a concern as the rights of our citizens to protect themselves in other places.” 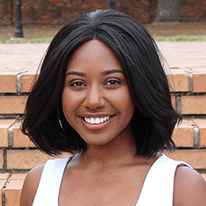 Kayland Hagwood is an experienced reporter with a demonstrated history of working in broadcast and print media. A S.C. Press Association award winner, Hagwood has worked as a freelance writer for her hometown newspaper while in college and interned at a Charlotte television station. She plans to use skills in news writing, photography and editing to become an on-air television reporter.