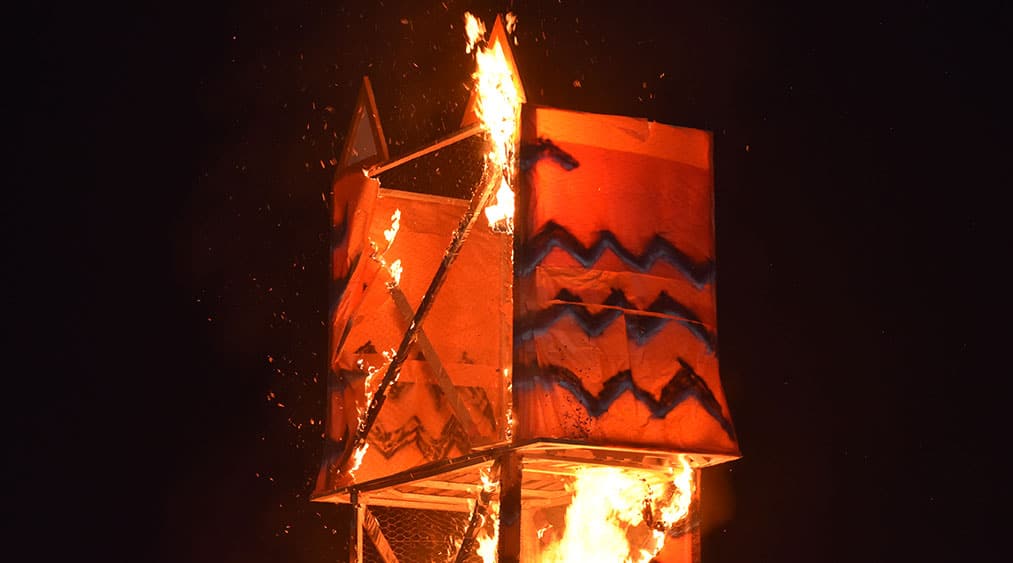 The burning of a ceremonial ‘tiger’ ahead of the yearly South Carolina-Clemson game, has been a longstanding tradition at the University of South Carolina since 1902.

A 20-foot tall painted paper tiger was set on fire Monday night in front of hundreds of cheering University of South Carolina students, a longtime tradition that inspires school spirit in advance of Saturday’s rivalry matchup between the South Carolina Gamecocks and the Clemson Tigers.

Tiger Burn culminates Rivalry Week for the yearly game between the Palmetto State foes, a tradition that’s been in place since 1902, according to the UofSC website.

The ‘tiger’ was built by two student-run engineering organizations on campus: the American Society of Mechanical Engineers (ASME) and the Society of Hispanic Professional Engineers (SHPE).

Third-year mechanical engineering student O’Dhori Prioleau, chapter president of ASME at UofSC, enjoys the behind-the-scenes aspects that come with putting the event together.

“I think the designing part, like the painting [of] it, putting the stripes on. The less construction point of the project,” Prioleau said.

ASME had roughly 20 people working on the project on Tuesdays and Thursdays in separate two-hour shifts. 10 students assisted from 2-4 p.m. and another 10 assisted from 4-6 p.m. twice a week.

After two-and-a-half months of hard work, the burn in front of hundreds of students is what Prioleau looked forward to most.

“It’s a tradition that the University has, so as a club, we took on the tradition,” Prioleau said.

For Gabe Carrilho, president of the Society of Hispanic Professional Engineers at UofSC, this marked his second year being involved in the project.

His organization’s role ties into assuring that everyone works together cohesively and overseeing the majority of the managerial roles associated with Tiger Burn.

Seeing the project come to fruition on build day is what Carrilho appreciates most.

“The most rewarding part is when I show up to build day, and there has been a huge amount of progress because of a process you implemented to make sure everyone was working effectively,” Carrilho said.

“We want people involved,” Carrilho said. “You’ll get to experience a huge engineering project from start to finish and that’s beyond industry experience.”

The Gamecocks will host the No. 3 Clemson Tigers at noon this Saturday at Williams-Brice Stadium. 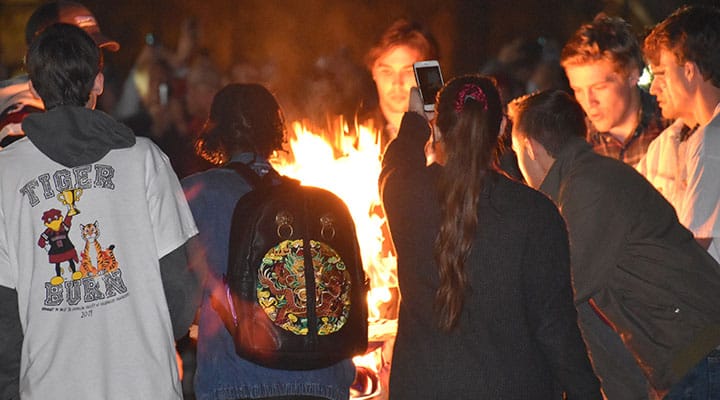 UofSC students came out to see the wood and paper structure burn on Nov. 25 at the Greene Street Intramural Fields. 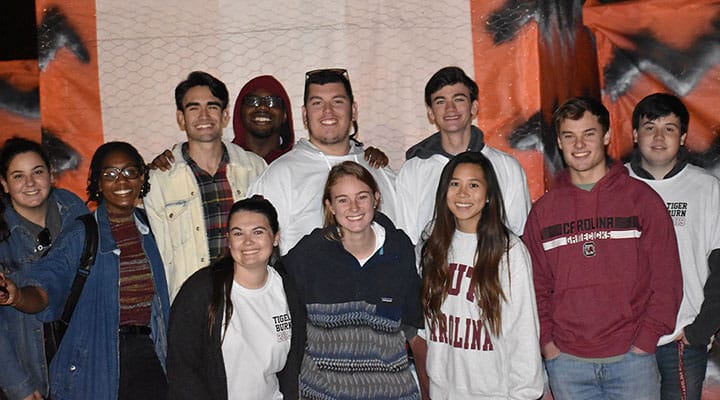 The American Society of Mechanical Engineers, University of South Carolina chapter, led by president O’Dhori Prioleau, is responsible for constructing the 20-foot ‘tiger’ for Tiger Burn.