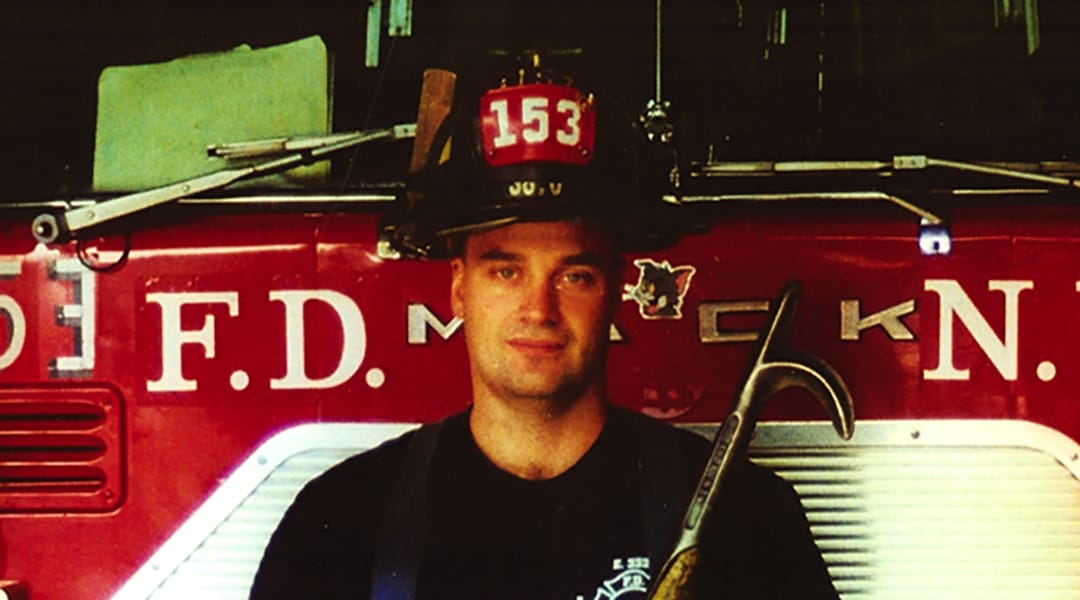 Firefighter Stephen Siller lost his life during the 9/11 attacks while helping evacuate citizens from the Twin Towers. Credit: Tunnel2Towers.org

Dory Arnold piled on 60 pounds of firefighting gear and ran 3.2 miles in sweltering heat to remember the life of Steven Siller, a firefighter who lost his life on 9/11.

“I did it because he was a firefighter and I wanted to experience what he experienced,” said Arnold, a veteran Lexington firefighter who ran in the Tunnel to Towers 5K in 2015.  On Friday, others will do the same in Columbia and other communities that hold race events to memorialize Siller, who died as he attempted to rescue those trapped in the World Trade Center.

Siller was off-duty when terrorists flew planes into the twin towers.

Siller just finished his shift and was going to play golf with his brothers. On his way to the course, he heard on his scanner that a plane hit the North Tower of the World Trade Center. Siller called his wife to let her know he was going back to his station to grab his gear and help.

While driving to the World Trade Center, Siller was stopped at the Brooklyn Battery Tunnel because it was closed for security purposes. He then got out his car, strapped on his gear, and ran through the tunnel to the Twin Towers, where the father of five laid down his life to help those in the towers.

This is where the 5K gets its name.

“It’s a tribute to a superhero and a group of superheroes on 9/11,” said Catherine Christman, a cousin of Siller. She is now the Tunnel to Towers Director of Media Relations. “While we celebrate superheroes in movies and blockbuster films, these were the real superheroes. What do superheroes do but save lives? It’s important to recognize their place.”

The first Tunnel to Towers 5K took place in New York in 2002. That course retraces the steps that Siller took getting to the Twin Towers by having runners go through the Brooklyn Battery Tunnel. Since then, the event has expanded across the United States with races happening from coast to coast throughout the year. This Friday, it’s Columbia’s turn.

The race starts and ends at 1101 Lincoln Street at the Columbia Metropolitan Convention Center. Participants will start by heading down Gervais Street and eventually crossing the Gervais Street bridge.

Once across the bridge, runners will then turn down Alexander Road and make their way to the Blossom Street bridge where they will cross to the cheers of onlookers on the bridge. The participants then turn down Lincoln Street and power towards the finish line.

While race participants are mostly local runners, local firefighters have also run in the event. The firefighters volunteer to run the race in their full firefighter gear, similar to the way Siller ran through the Brooklyn Battery Tunnel.

Siller’s story inspired Arnold to suit up in his 60 lbs. of gear for this special race. The gear included a helmet, insulated jacket and insulated pants, but he understandably substituted his boots for running shoes.

“Not all of the firefighters wear their full gear. Some of them do it in shorts and a t-shirt. I wanted the full experience to see what he did and honor him by doing that,” Arnold said.

Arnold said it was a humbling experience to cover 3.2 miles in a suit of firefighter gear on a sweltering September night.

“I was thinking, ‘How in the world did this guy do this with all this gear on?’,” Arnold said. “I had a splitting headache when I was done and it was just so hot. How this guy (Siller) did this was amazing. He did it because he was unselfish and wanted to help people. That’s the same reason I became a firefighter.”

After runners have finished the race, they are encouraged to stick around for the after party with live music, family-friendly activities, free food, vendor booths, an awards ceremony, and a live auction. The run and the after party create an experience that makes this Friday night meaningful. 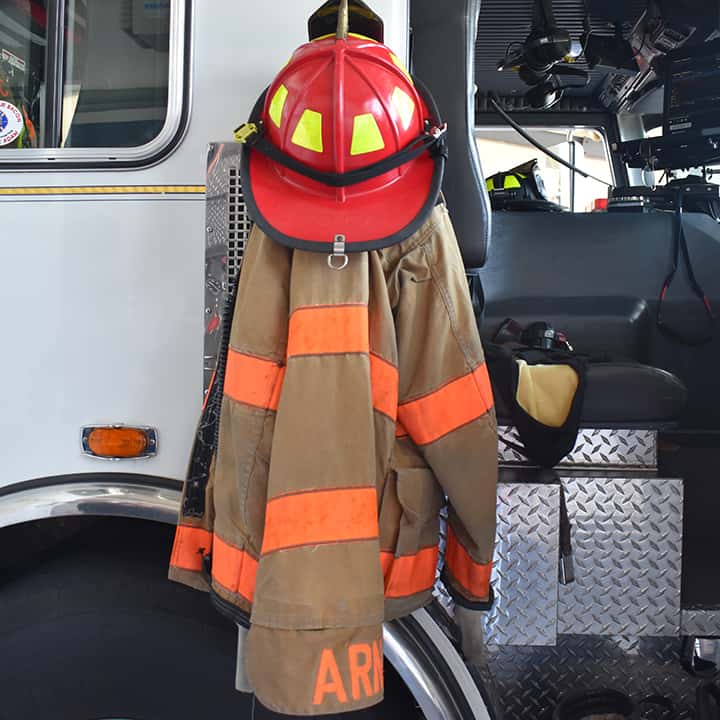 Local firefighter Dory Arnold wore an insulated jacket and helmet when he ran in the Tunnel to Towers 5K in 2015. 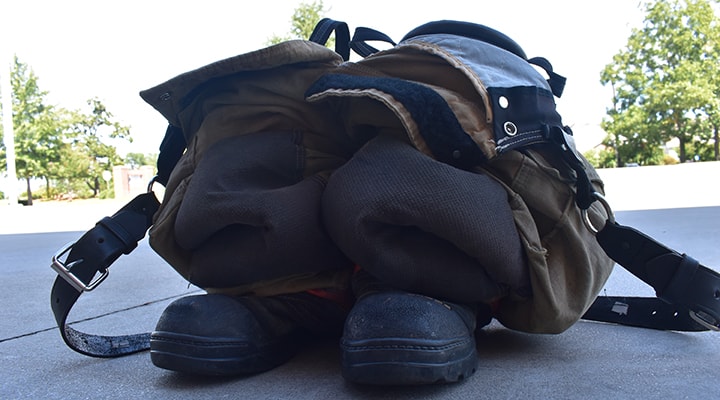 Arnold wore insulated pants when he ran in the 5K. He swapped his boots for running shoes. 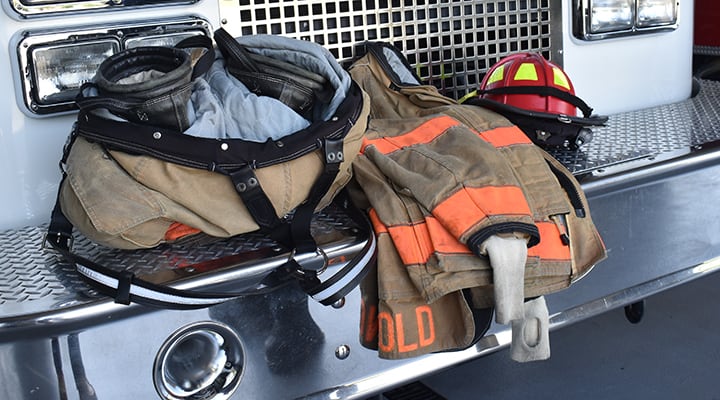 Arnold strapped on 60 pounds of gear when he completed the 3.2 mile run on a muggy September night. 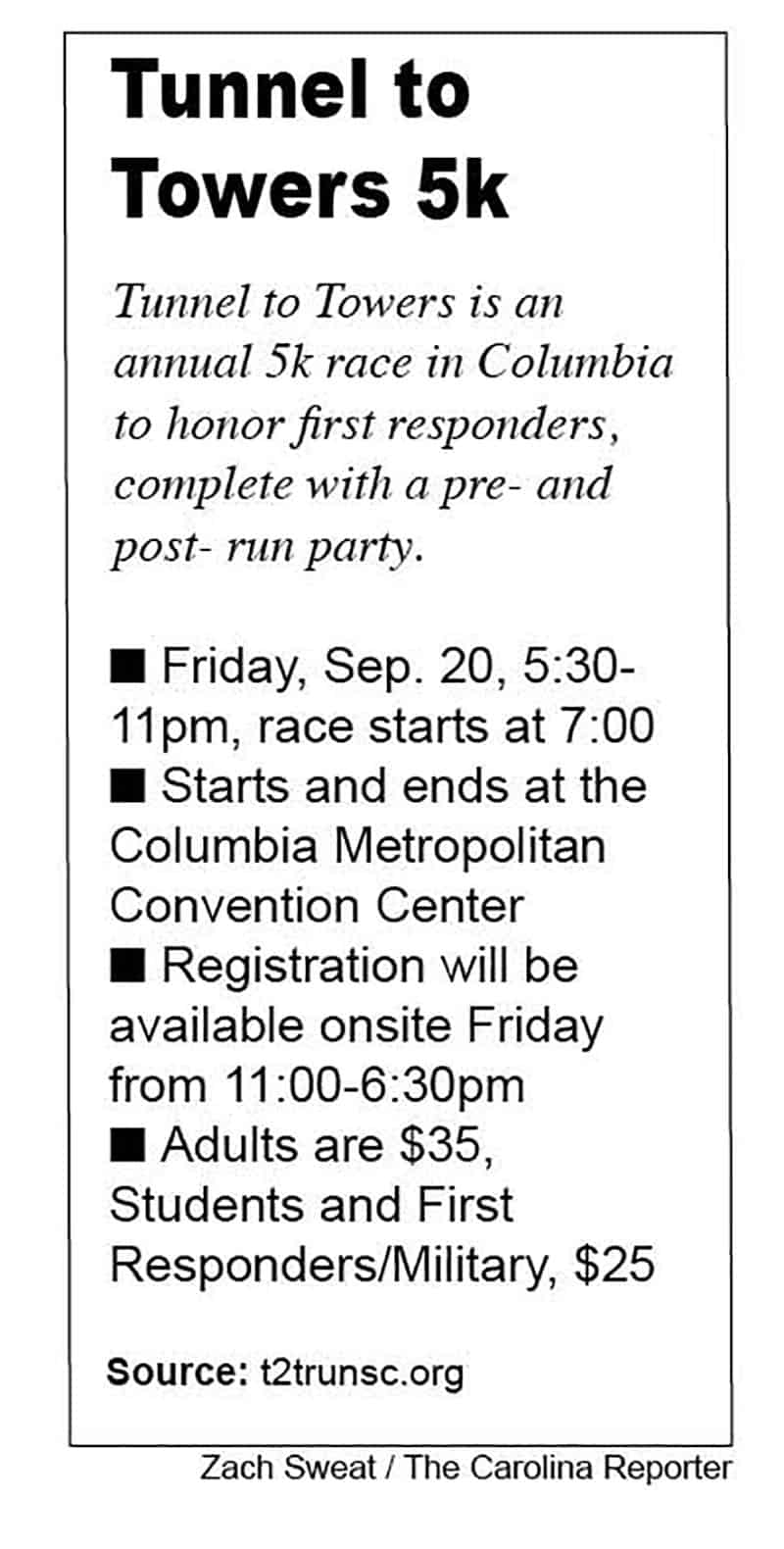