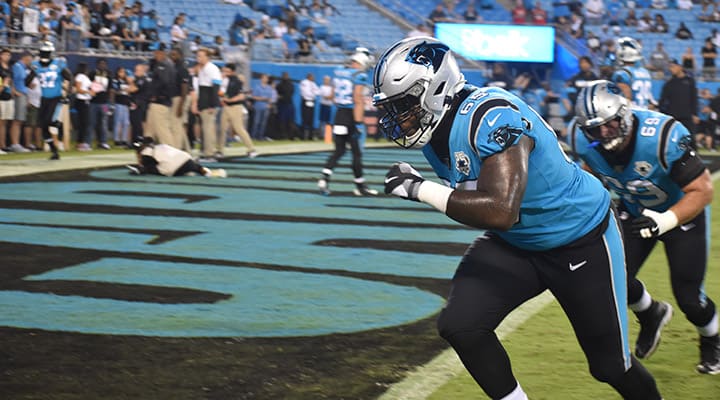 Carolina Panthers offensive lineman Dennis Daley (65), a South Carolina native and a two-year starter for the Gamecocks, warms up in his first career Thursday Night Football appearance against the Tampa Bay Buccaneers on Sep. 12, 2019 at Bank of America Stadium in Charlotte.

CHARLOTTE, N.C.  – Carolina Panthers offensive lineman Dennis Daley likes the fact that his South Carolina hometown is only an hour away, near enough to cheer for his fellow Gamecocks and occasionally catch a game with his old high school coach.

The Columbia native played for two seasons with the Gamecocks, starting in 23 of 24 games for South Carolina during the 2017 and 2018 seasons.

Suiting up for the Carolina Panthers has kept Daley connected with the Palmetto State, especially with his former head coach at Ridge View High School, Perry Parks. Parks has continued to be a resource for Daley in the early stages of his professional career.

“Me and Coach Parks (are) tight,” Daley said. “He gives me all types of advice. I go back to the school every now and then and talk to him, go watch a football game with him. Just to still be in there, connected with the Carolinas, is a blessing.”

Selected at 212th overall in the 2019 NFL Draft, Daley was thrilled to take his talents straight up I-77 to Charlotte.

“It was a blessing because the (Panthers) were a team that was out there to take a chance on me … For me, I want to give everything I can to this organization,” Daley said on getting the phone call on draft day from Carolina.

With South Carolina’s season underway, Daley continues to support his former teammates and head coach Will Muschamp from afar. When South Carolina visited Bank of America Stadium on Aug. 31 against North Carolina, Daley had the opportunity to be in the locker room with the Gamecocks.

“I love the direction they’re headed in,” Daley said on the current state of Gamecocks football. “I always choose my Gamecocks over everybody despite whatever happens. I got love for that school, love for Muschamp, love for everybody in that organization.”

With a long season ahead for the Gamecocks, Daley supports first-year quarterback Ryan Hilinski and what he plans to bring to the team with senior Jake Bentley sidelined for the remainder of 2019.

“It’s sad to see Jake go down like that his senior year,” Daley said. “Pray for a speedy recovery for him. I feel like Ryan has what it takes to step up to the plate one man down, next man up.”

Kicking off his career with Georgia Military College during the 2016 and 2017 seasons, where he was a two-year starter, Daley is ‘fortunate’ to take his skills to the most prominent stage in football and continue to hone his skills as a professional athlete.

“I did not expect to be here, but I was blessed and I’m fortunate to be here,” Daley said. “I’m still learning and I’m looking forward to seeing what happens in a few years.”

Daley and the Carolina Panthers will return to the gridiron against the Arizona Cardinals on Sep. 22 at 4:05 p.m. at State Farm Stadium in Glendale, Ariz. 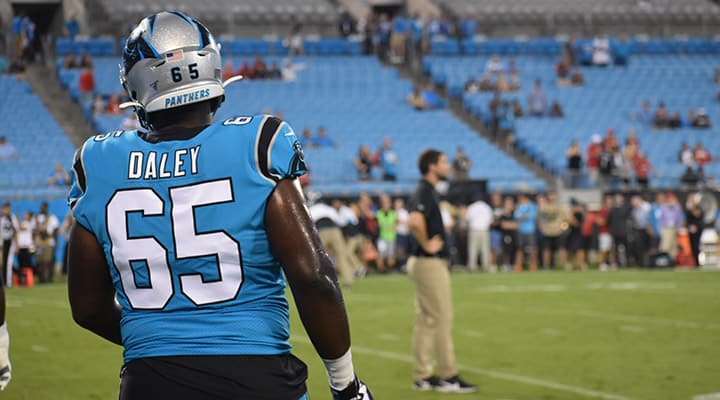 A two-year starter at the University of South Carolina, Dennis Daley (65) takes a break on the sideline during pre-game warmups. 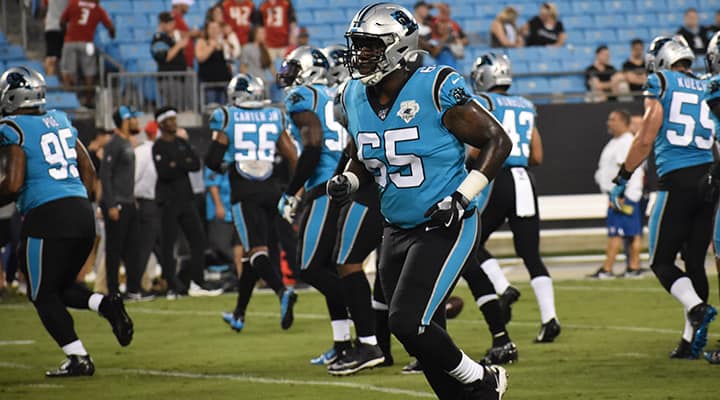 A native of Columbia, S.C., and a 2015 graduate of Ridge View High School, offensive lineman Dennis Daley (65) is in his first season with the Carolina Panthers. 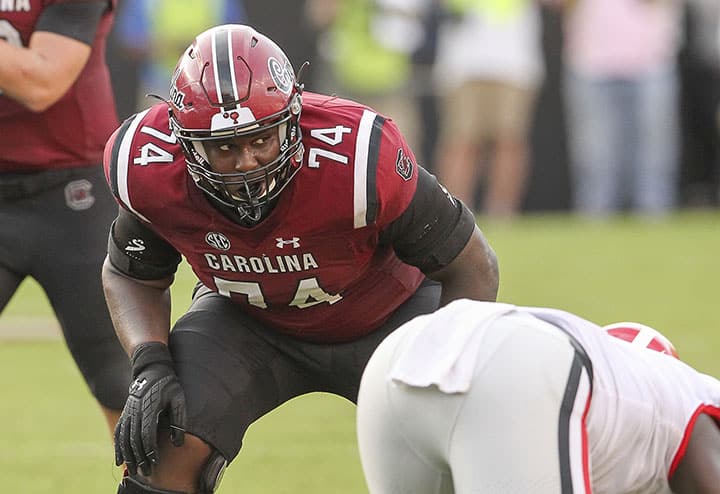 After two years at the Georgia Military College, Dennis Daley (74) appeared in 23 of 24 games for the Gamecocks during the 2017 and 2018 seasons. (South Carolina Athletics / Special to Carolina News & Reporter) 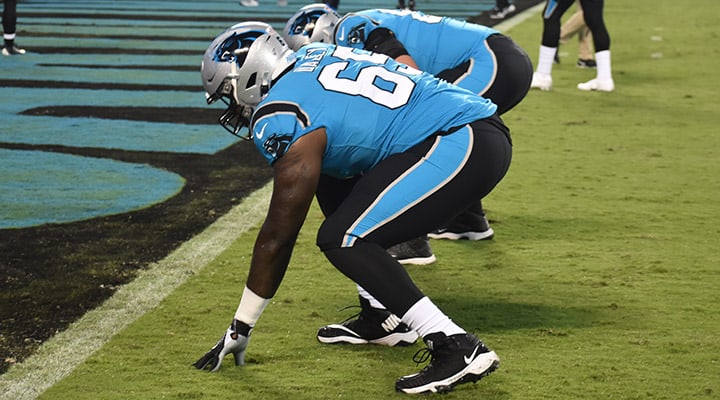