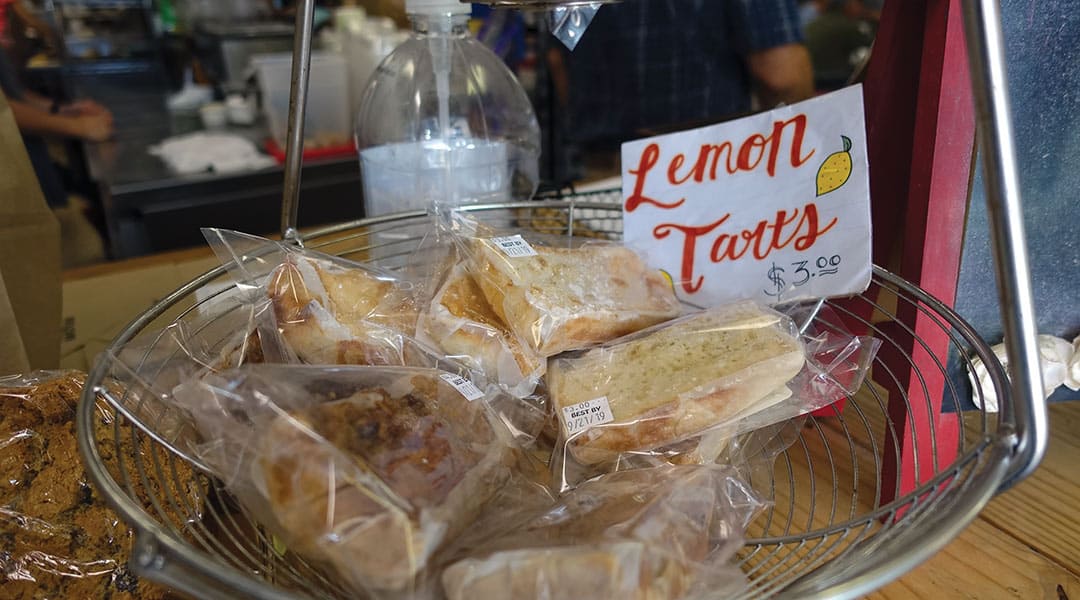 Lemon tarts, pies, and cookies are among the many products sold in addition to Crave’s lunch menu.

John Brunty used to lament that he had no place to get lunch. A veteran of the restaurant business, he used to leave his office on Millwood Avenue and walk to a local food store to buy bread to make a sandwich. When that shop closed, Brunty decided Millwood needed its own restaurant and opened Crave Market and Café.

“I realized there was a need for lunch service on Millwood,” Brunty said.

Millwood Avenue is not a bustling commercial district like Main Street or the Vista. An animal clinic, florist and drugstore each have a handful of cars parked out front. Drive by during lunch, however, and the parking lot for Crave is packed, so much so that Brunty began offering valet service four days a week after the volume of customers made parking a challenge.

Crave first opened as a store for specialty local products such as honey, jams and cheeses in March of 2016, in addition to offering sandwiches-to-go. Without the sit-down restaurant, foot traffic was lacking.

Brunty hired chef Ola Helsing, a graduate of both the French Culinary Institute in New York City and the School of Hotel, Restaurant and Tourism Management at the University of South Carolina, to create a menu using the products Brunty sold on shelves.

That menu has been well-received, with Brunty estimating that 75-80% of Crave’s daily customers eat at the restaurant regularly.

“Our return business is huge,” Brunty said, adding that the restaurant’s sales doubled from 2017 to 2018. “I think the product is good, the atmosphere, the customer service.”

Margaret Rembert is one of Crave’s regular customers, who appreciates that they offer good service and local ingredients, a sentiment echoed by other customers. She said that she doesn’t eat out very often, but often chooses Crave when she does “because, simply put, its good food.”

With business quickly growing after the café opened, Brunty and Helsing struggled to keep up.

“There were definitely opportunities [to improve the business] that we missed out on,” said Helsing.

With the restaurant now fully staffed and running more smoothly, Brunty and Helsing are able to focus on fine-tuning the menu, which recently included adding more vegetarian and gluten-free options. Helsing explained that she’s learned to take a lot of input from her customers.

“Half the time I don’t even have to plan the menu because of requests I get from customers,” Helsing said.

In addition to smaller changes, Brunty and Helsing are also looking into expanding Crave, highlighting a need for a second convection oven and panini press, and a lack of space within the kitchen for both.  They’re also interested in opening the restaurant earlier to offer breakfast but stated its success so far was not entirely in their hands.

“[The restaurant business] is ever, ever changing, nothing is ever set in stone,” Helsing said.

Some of their success was pure luck, Brunty added, as there are “just so many moving parts.” 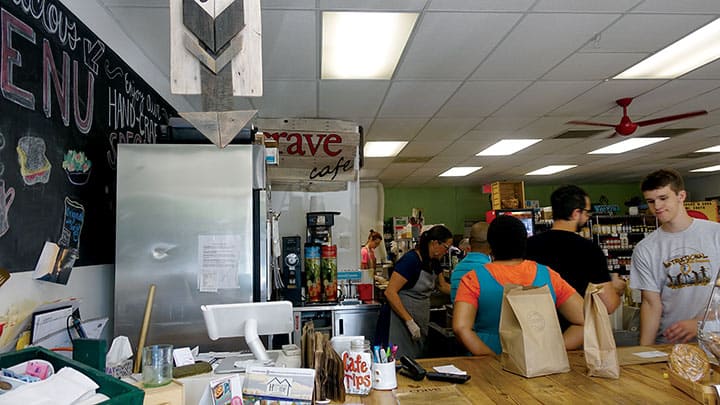 Chef Ola Helsing prepares sandwiches for a table of customers during the lunch rush. 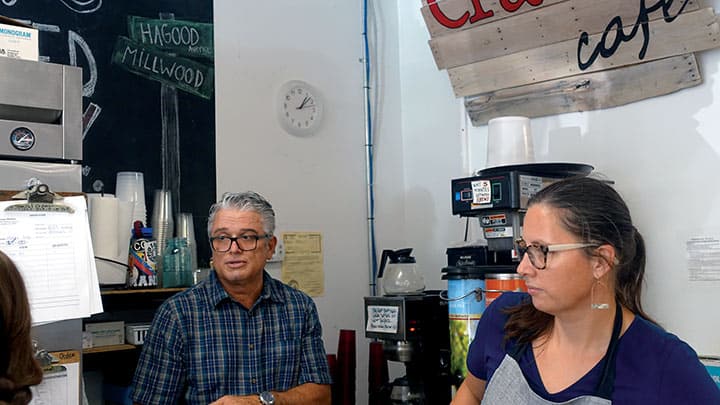 Owner John Brunty and Chef Ola Helsing say that sharing the same vision for Crave partially led to its success. 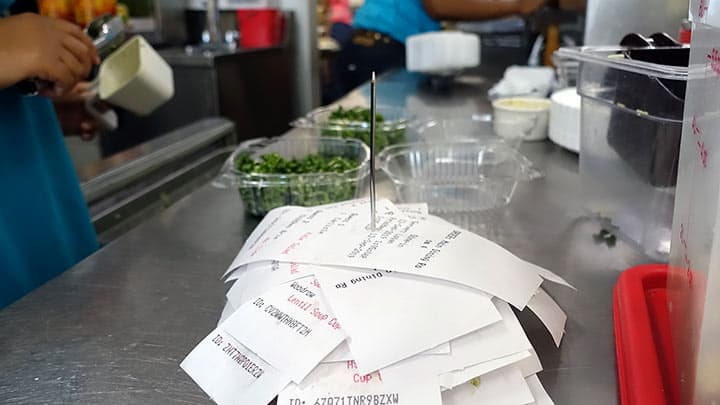 A stack of order receipts is indicitive of a packed restaurant during lunch. 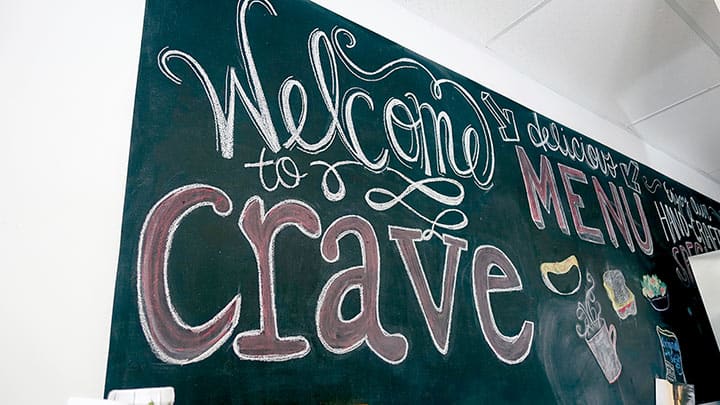 A hand-drawn sign welcomes customers near the front door, with another chalkboard displaying the special of the week. 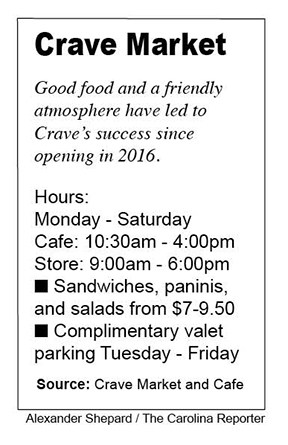