Ultimate frisbee group welcoming of all players in leagues, programs 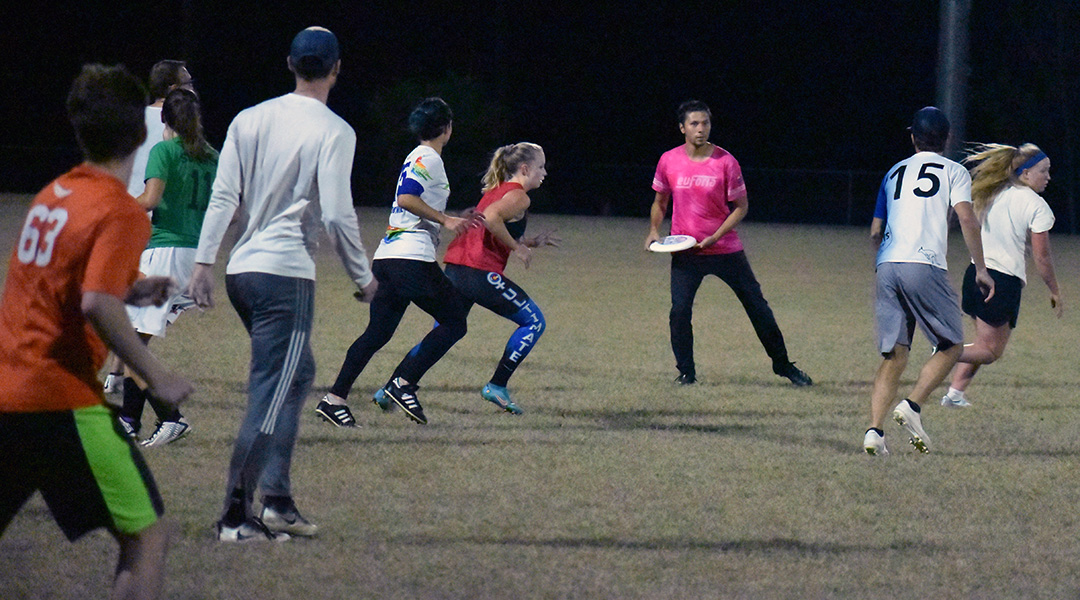 The Columbia Ultimate Disc Association showcases ultimate frisbee year-round to bring awareness of the sport to the Midlands.

The group welcomes new and returning players alike with its draft-style leagues, youth programs and discounted prices for league and pickup games.

League Commissioner Nathan Weist is in charge of the three different leagues the group runs in the spring, summer and fall. Weist said it welcomes new players through different sign-up initiatives.

“We make it so that folks sign up individually, but they can baggage, you know, partner with someone when they sign up if they’re new,” Weist said. “That way (they) can be comfortable with someone else if they’re completely new to the game or the area.”

After signing up, players are then collected into a pool for a draft.

“We have a couple people, experienced players, leaders in the community, that serve as captains.” Weist said. “And they draft players. … A lot of sports, you just bring your own team. But this way it’s a little bit more inclusive.”

“We start recruiting women first,” Stiglbauer said. “We open registration up to them to make it as fair as possible, and then we limit the number of men based on that.”

Since Ultimate Frisbee is seven-on-seven players, the league runs on a two-to-five women to men ratio, Stiglbauer said. They are looking to increase that to three women to four men in the future.

“For a first time woman, it’s half off,” Stiglbauer said. “Additionally, we give discounts to people who recruit women. So, if there’s a first time lady and you want to bring them, you typically get half off as well.”

Such efforts to include women haven’t gone unnoticed.

The league “has evolved significantly over the past decade, especially as it relates to the women’s division, or women’s game,” player Laura LeMar said. “There’s more women at pickup. … I love playing women’s ultimate, and I love the opportunity to play whenever I can.”

“If you’re in college, regardless if you’re in the (school’s) club or not, … we will only charge $30,” Wiest said. “We recognize that their income is probably not the same as an adult.”

Adult players get charged $40 to play in the organized league and get a jersey.

Outside of league play, the association offers regular pickup games.

“We have year-round pickup on Wednesday nights at the Barr (Road) Sports Complex in Lexington,” Weist said. “The fields are pretty high quality, so we charge a couple dollars for each adult player that’s outside of college just to help with the light cost.”

The pickup sessions serve as a teaching point for players outside of league play.

“We expect … that if you do come, you’re able to learn and apply everything we do — (whether) that’s certain offenses like vertical stacks, hoe stacks or defenses where we run man or zone,” said Disc Association Vice President William Dillon.

Dillon said that while the group keeps pickup competitive, it tries its best to stay open to all levels of players that show up.

“We just kind of educate and create an environment where you can have a good time playing at a good high level,” Dillon said.

“They play by the rules, they play with good formations, and there’s some really good players that will teach you how to get better,” Coleman said.

Weist says the group makes pickup free for college students because they understand students are already challenged with school-related fees.

The league also supports frisbee beyond its own group, assisting players who want to play on the travel-club level.

“We did a scholarship program where a lot of the money went to college-age people that just didn’t have full-time jobs and couldn’t really swing the full cost of (club teams),” Youth Coordinator Deven Riley said.

The group also tries to help expose Columbia and its surrounding areas to the sport by holding programs for the youth, Riley said.

“Every year the (association’s) board will put on a high school state tournament in May,” Riley said.

He said the tournament has eight teams, coming from both the Upstate and Lower State, that compete for the state championship.

Riley, along with other board members, helps high school teams more directly.

“AC Flora, Spring Valley and Dreher have teams,” Riley said. “I coach Flora, and then there’s another guy on the board … who coaches Dreher.”

Riley credits his experience in ultimate frisbee to his own time spent in the association’s youth programs.

“I think my first (Columbia Ultimate Frisbee Association) event was when I was in 10th grade,” Riley said. “It really got me into more structured ultimate, which was really nice. Just, like, learning rules, plays, how the game works, but also just the community surrounding it. Some of what I would consider mentors for Frisbee all come from (the association).” 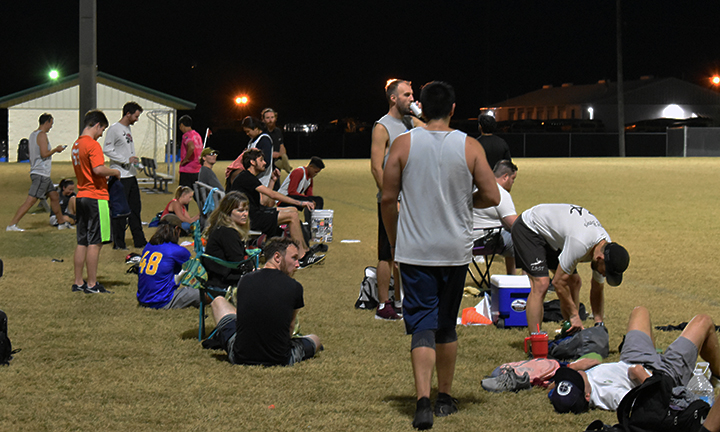 Players recovering after a pickup game 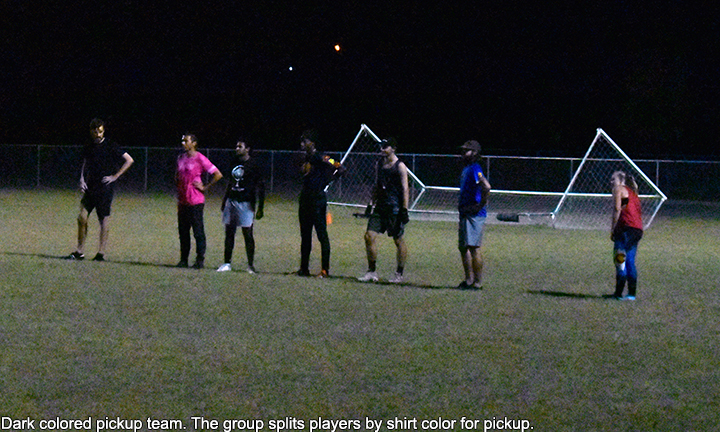 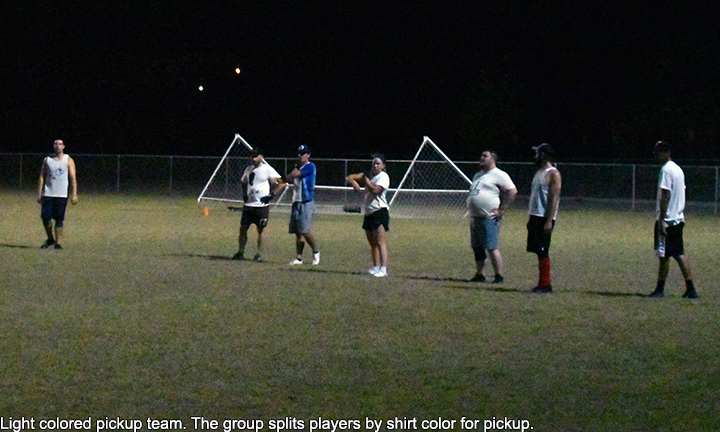 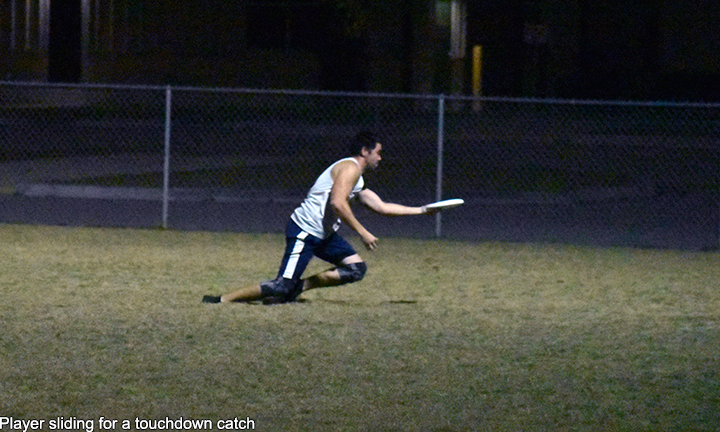 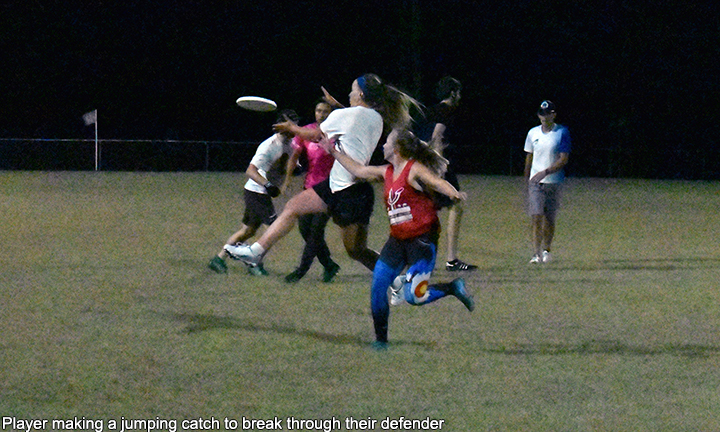 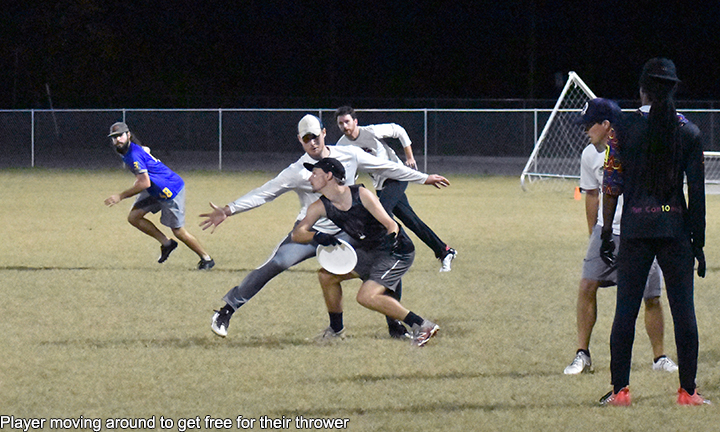 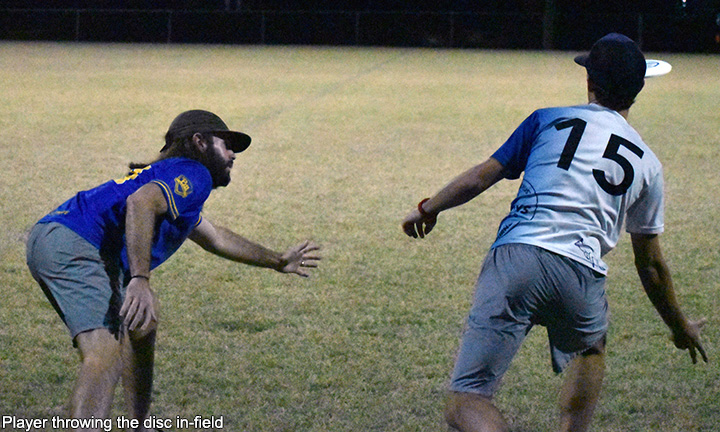 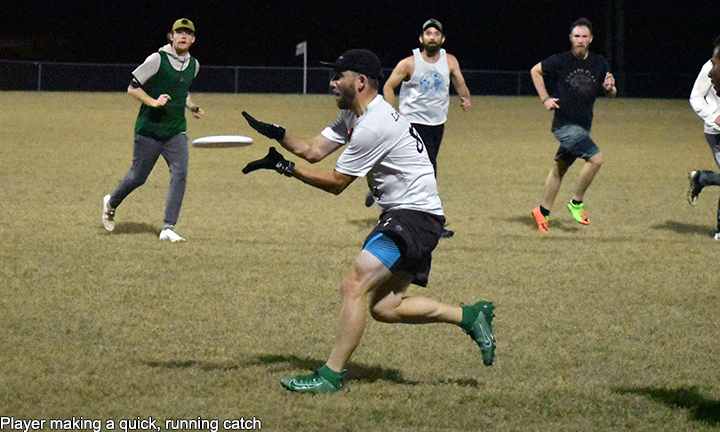 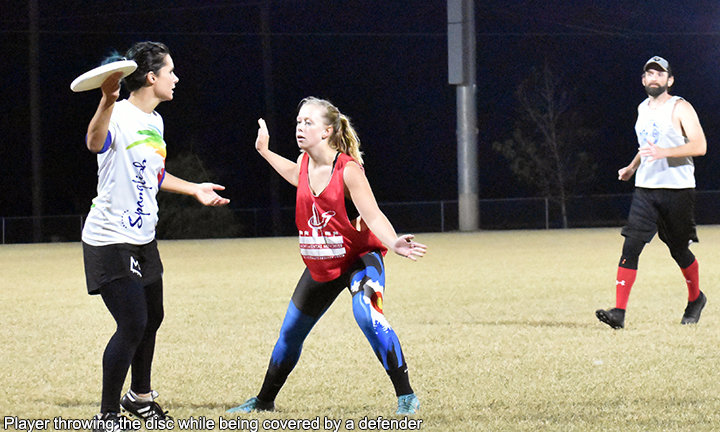 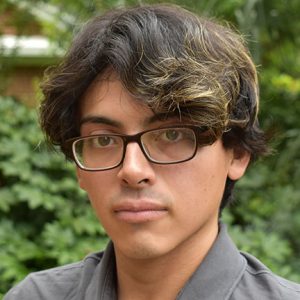