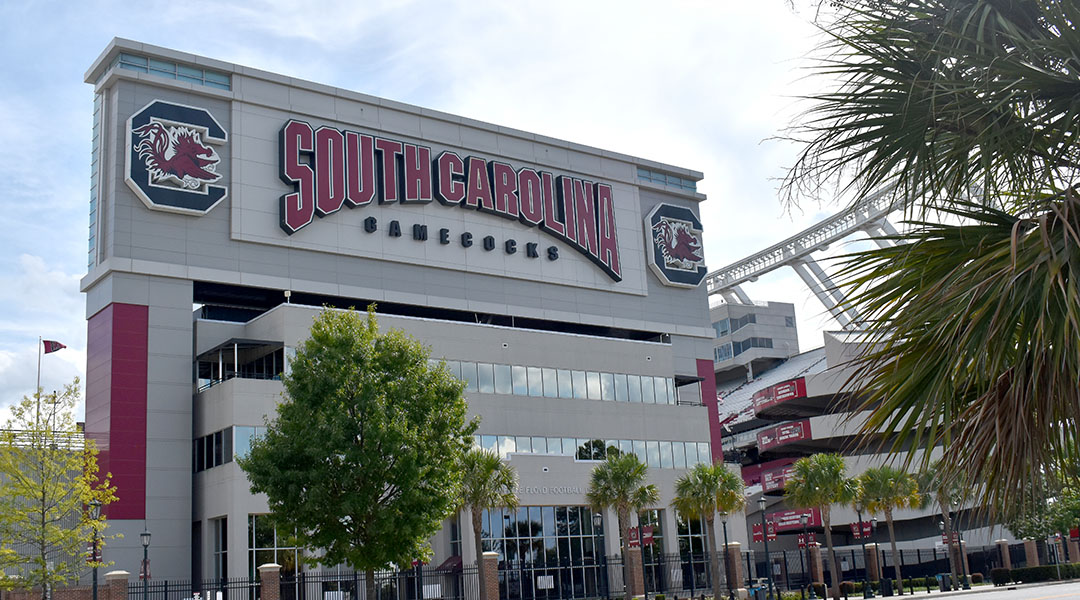 Williams Brice Stadium will be bustling with football fans on Saturday when the Gamecocks face the Georgia Bulldogs. Photo by Grace Tippett

While South Carolina football is gearing up for Saturday’s game day, the USC police department’s K-9 Poppy is hard at work.

Poppy is a black Labrador retriever who specializes in explosives detection. Poppy and law enforcement personnel will conduct a pregame security sweep of Williams Brice Stadium on Friday evening before for South Carolina’s matchup with No. 1 Georgia.

During the inspection, Poppy and another K-9 named Rudy will search for “items that aren’t supposed to be there,” said Cpl. Mark Tevepaugh, Poppy’s handler. One officer then stays overnight to ensure the stadium’s security. And the dogs and other officers return the next morning to keep the 80,000-something fans safe and work on crowd control.

In the next few days, Poppy will go through training each day to keep her ability sharp. Tevepaugh said the K-9 has three different safety certifications, while most other working K-9s only have one.

On a typical day, Poppy gets to work around 7:30 a.m. Her job? Playing fetch. She then attends campus safety presentations and responds to any calls that come in before going through about an hour of training.

The K-9 has been instrumental in the police department’s success, Tevepaugh said.

“She’s happy to be here, and we’re very, very lucky to have her on campus,” Tevepaugh said. “We have one of the best dogs in the country.”

Poppy was chosen because of her temperament and personality, Tevepaugh said. She she has a good nose, lots of energy and deals with crowds of people well.

“She comes to work happy every single day,” Tevepaugh said.

Poppy is popular in the campus community, Tevepaugh said.

Poppy’s fifth birthday last week was anything but typical. Poppy got a “pupcake” and greeted colleagues from across campus.

“It was fun to be a part of Poppy’s celebration, and it’s an honor to be her veterinarian,” said Dr. Shayne Barlow, who’s with the Department of Laboratory Animal Resource and came bearing gifts.

Tevepaugh and Poppy frequently give safety presentations around the Columbia community, including during USC’s New Student Orientation to welcome incoming students to campus.

Students love the dog and comment on how cute she is, said USC student Chris LeBarron, an orientation leader.

“Happy birthday, poppy!!!! You are so loved by your Orientation fam!!!” the orientation office said in an Instagram comment. 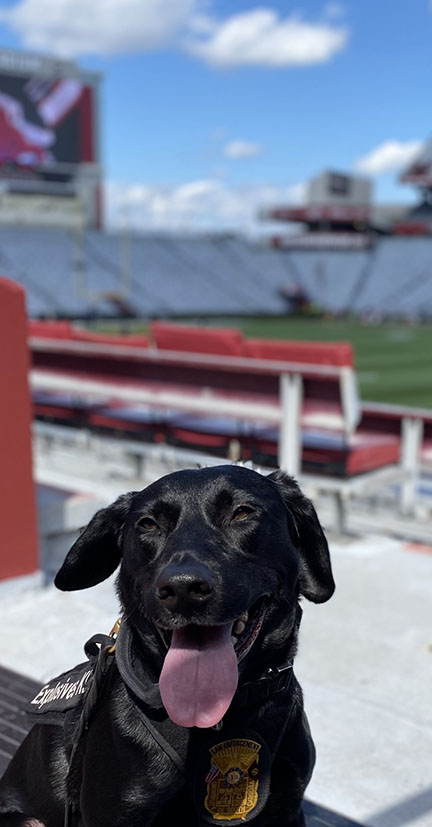 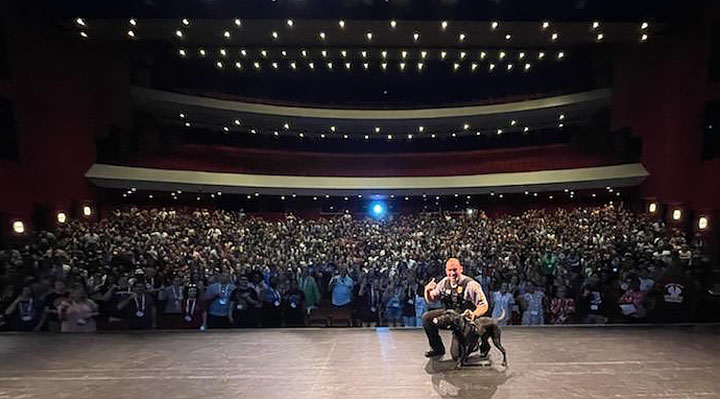 Tevepaugh and K-9 Poppy pose for a picture after their presentation at a USC New Student Orientation this summer. Photo contributed by Cpl. Mark Tevepaugh