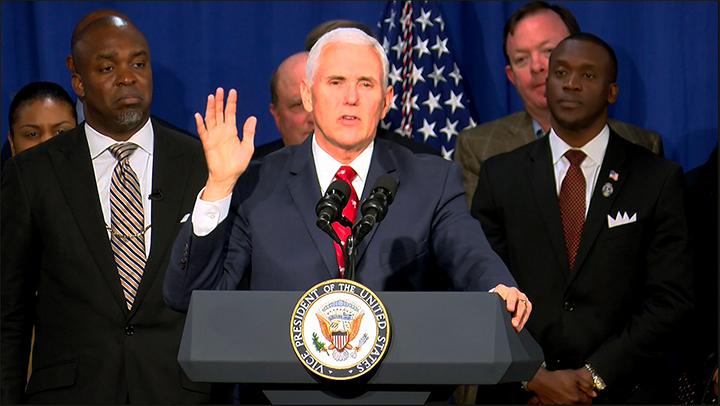 By Zack Bennett and Zoe Nicholson

Vice President Mike Pence stopped in Columbia on Thursday afternoon to meet with U.S Sen. Tim Scott, R-S.C., to tour a local Opportunity Zone and speak to the locals the Meeting Place Church of Greater Columbia.

Bishop Eric J. Freeman of The Meeting Place Church led the tour, and credited the Opportunity Zone, Scott’s initiative, with revitalizing the community. Funds went towards improving a movie theater property nearby, which will create jobs as well as creating a place of community.

“We’re able to sharpen our pencils and see a means by which to make the story of resurrection real, even in a movie theater that had been abandoned for 14 years,” said Freeman.

In 2017, The Meeting Place purchased the next-door property, a movie theater on 23 acres vacant for more than a decade. It was designated an Opportunity Zone under Scott’s legislation.

Spotlight Cinemas Capital 8 was opened through a collaboration between Spotlight Cinemas and The Meeting Place Church. Today, the theater is fully operational and home to eight screens, digital projections, Dolby Surround 7.1 sound, luxury seats and $8 tickets.

“Opportunity Zones, for those of you not fully aware, are areas of the country that for too long have been left behind,” said Pence. “Many of the nearly 35 million Americans who live in these places still struggle to find work and make ends meet.”

Zones like these are part of the 2017 Tax Cuts and Jobs Act, a provision Scott introduced to the reform. The program is an effort to combat poverty and revitalize areas.

Scott wants his created legislation to have a powerful impact. “Opportunity Zones, to me, is that olive branch of hope, that notion that everyone, in every place, at any time, should be blessed with opportunities,” he said.

Bishop Vincent Collins, senior pastor of Agape Worship Center and 22-year army veteran, was in the crowd and praised the program.

“We do have a lot of areas, especially here in South Carolina, that seems like they’re depraved, they’re losing their heart,” Collins said, “but just giving an opportunity to local businesses and churches to just come together and policies that have put in place to provide funding and resources to provide communities with jobs and just bring the heart beat back to these communities.” 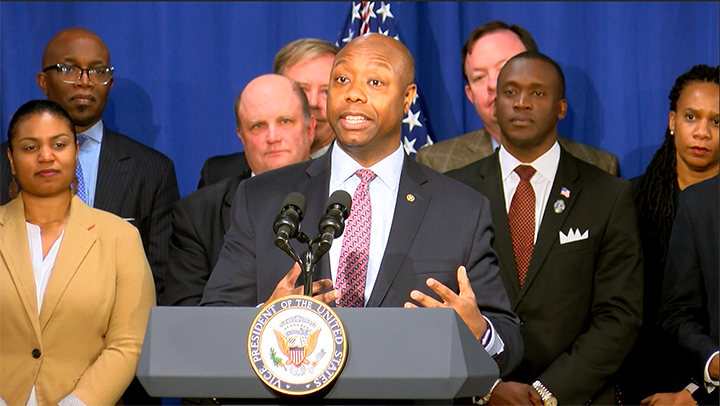