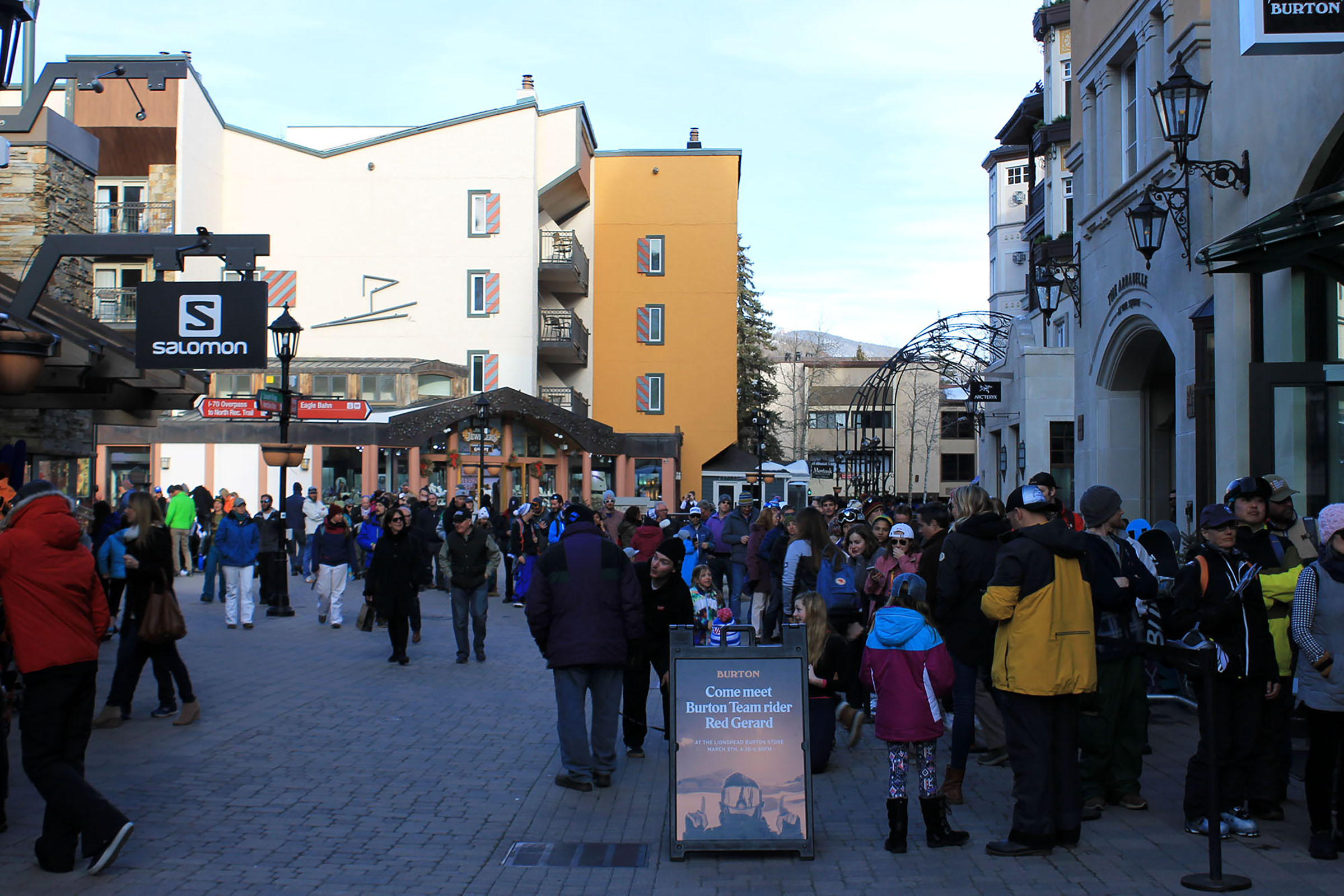 Team Burton, who sponsor the US Open Snowboarding Championship and Red Gerard, hosted a ‘meet and greet’ at their storefront location in the heart of downtown Vail. The line was estimated with an hour-and-a-half wait time. 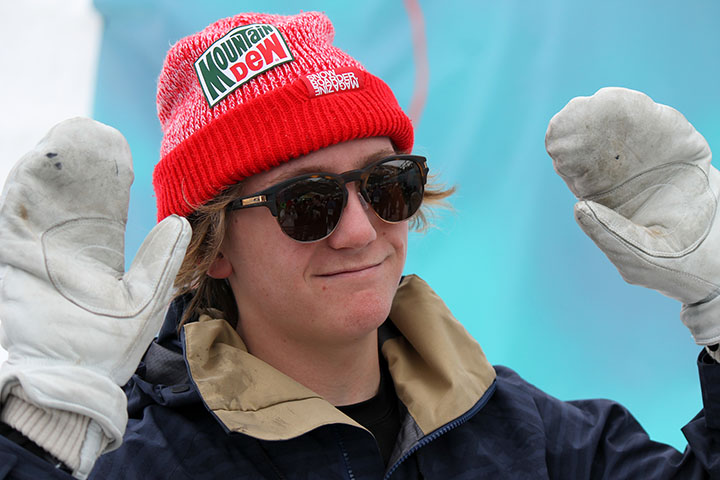 Gerard didn’t participate in this year’s tournament, but still found his way to the bottom of the final jump of the slopestyle event. 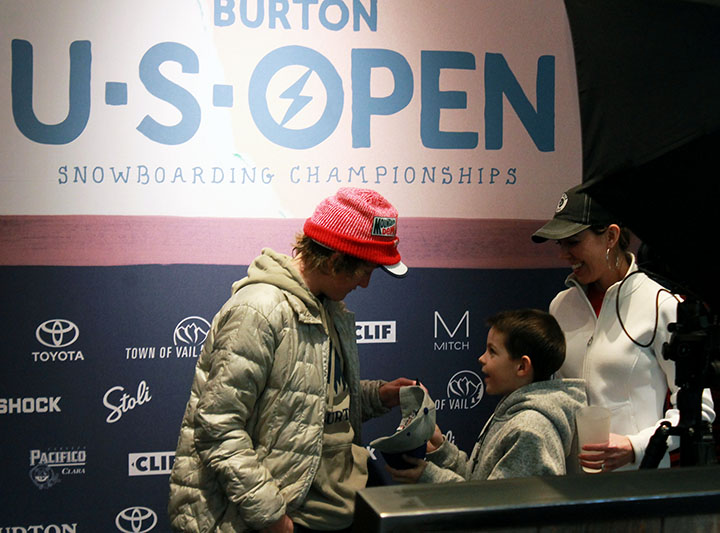 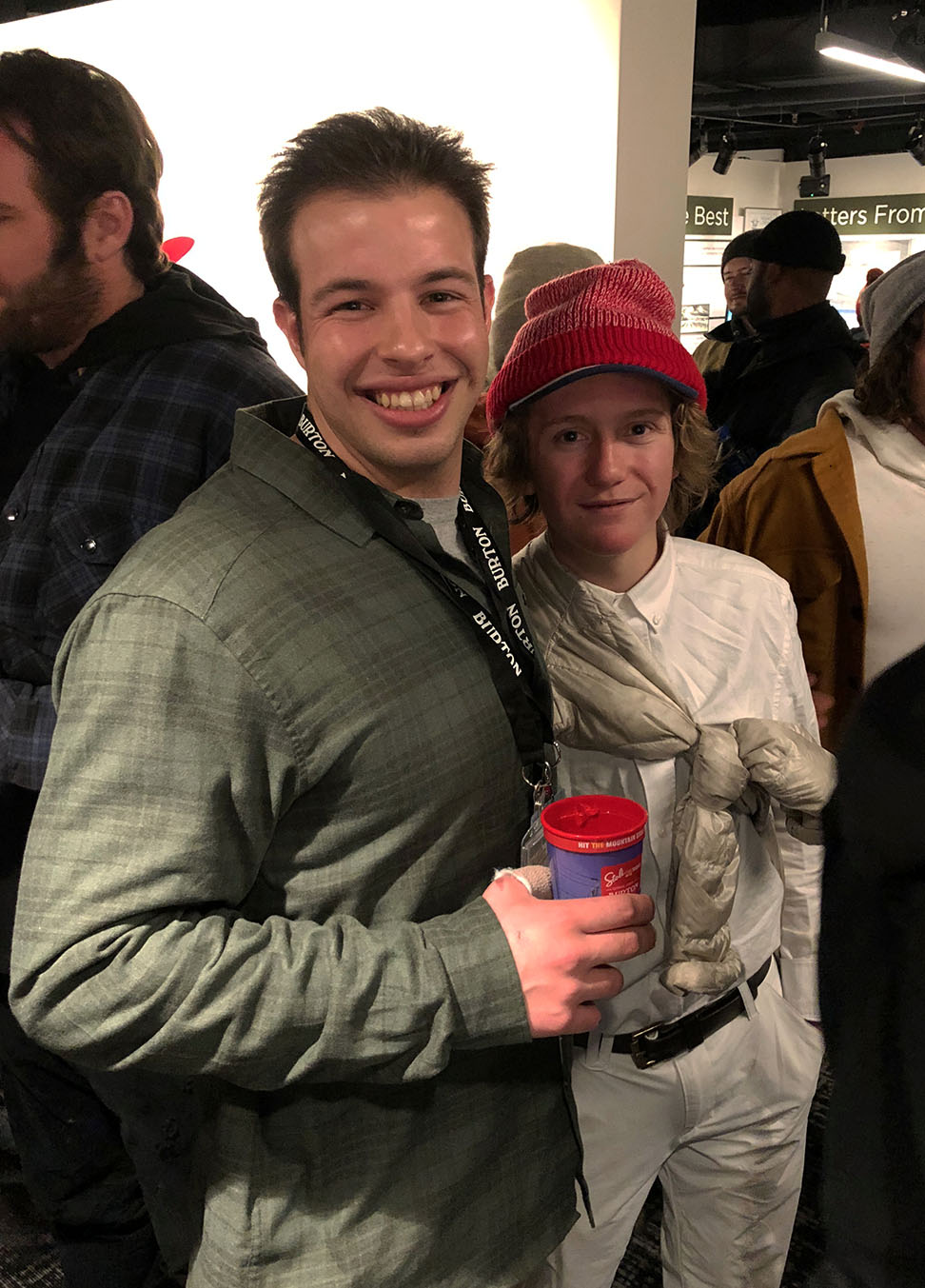 The writer, Chris McConaghey, rubs shoulders with snowboarding phenom Red Gerard, even though there is no way he can land a backside triple cork 1440.

VAIL, COLO. – The Olympic gold medalist who spun backwards into the national spotlight by sticking a rare snowboarding move at the winter games walked into a charity event as if no one knew who he was.

“Is that Red? That has to be him!” one woman at the Colorado Ski and Snowboard Museum gasped. “He’s so sweet,” another said, “I met him last year.”

Red Gerard, 17 and returning from Pyeongchang, forever engraved his name in history when he landed a “backside triple cork 1440.” To do it, he had to spin backwards four times while completing three vertical flips – and hold a mid-board grab.

Gerard was in town to watch this year’s US Open Snowboarding Championship. At 5-5′, the 116 pound athlete slipped silently into the CHILL charity event (which annually raises money to help support troubled youth through boardsports) and proceeded to blend in with the dimly-lit room.

Soon enough, the word that the superstar was there spread.

As the people began to swarm, Gerard calmly shook hands and posed for pictures.

The scene repeated itself the next day. Gerard was scheduled to a host a ‘meet-and-greet’ at his sponsor’s board shop. The event drew a line so long, the security guard at the door was eventually told to stop letting people in.

And everywhere the young snowboarder went, the crowd followed, and patiently waited. Waited on Red Gerard.

Gerard’s unorthodox style has helped him quickly rack up a huge fan base. On the day of his Olympic gold medal run, he woke up late, grabbed breakfast on the fly, and couldn’t find his jacket – all before crashing twice on his first two run attempts.

When even a podium finish seemed doubtful, Gerard scored an outrageous 87.16 points on his third and final run, allowing him to become the youngest snowboarder ever to win gold in the “slopestyle” event.

Gerard, a longtime resident of Silverthorne, Colo., first found his sweet spot snowboarding at age two. When his family of nine decided to move from Cleveland, Ohio, to Breckenridge, Colo., in the winter of ’07-’08, Gerard was finally able to make snowboarding a priority. He even has his own terrain park in his backyard – complete with a machine-powered rope lift.