Holy Week: Journey to the Resurrection 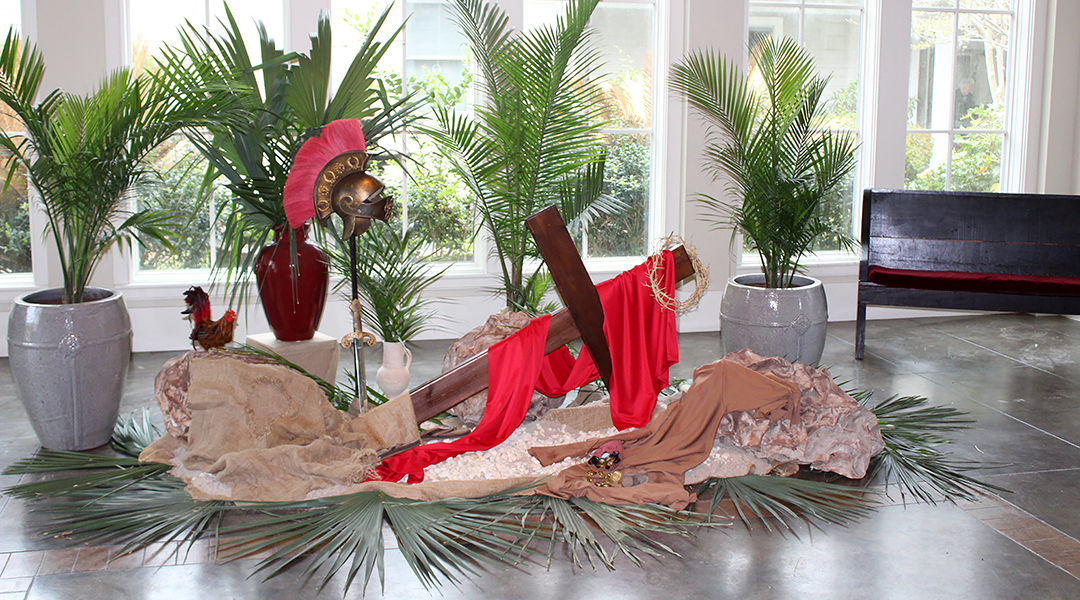 The narthex of Christ St. Paul’s, like many churches, uses symbolic decorations such as red cloths and palm fronds during Holy Week. 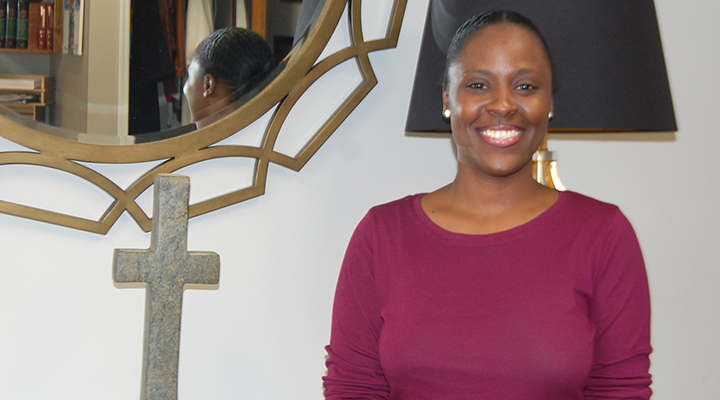 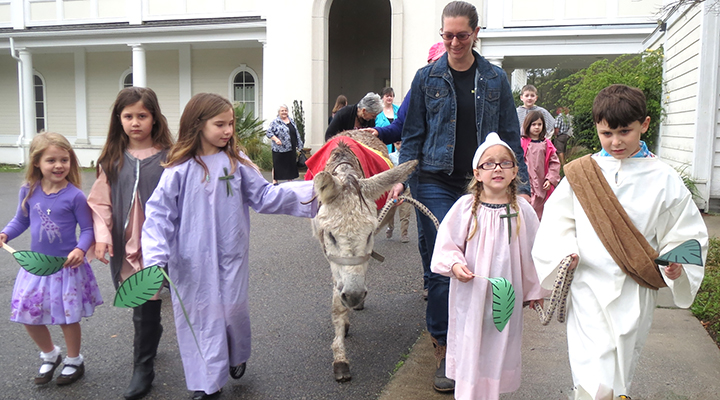 Sylvester the donkey has been involved in Palm Sunday services at Christ St. Paul’s for over 15 years. He was retired from the service a few years ago due to old age. 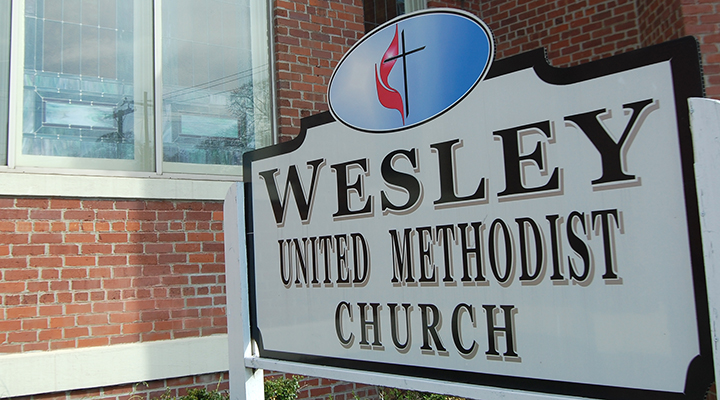 Wesley United, like many churches, holds a variety of services during Holy Week, such as Palm Sunday and Good Friday. 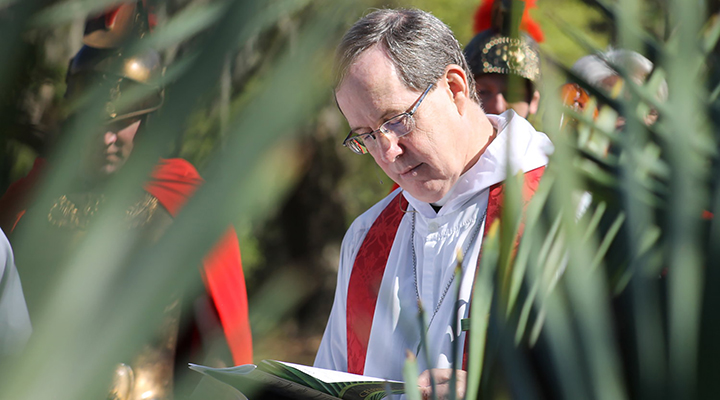 Rev. Craig Barrett of Christ St. Paul’s discussed some of the unique aspects of his church’s Holy Week services, such as the Palm Sunday service.
Holy Week is celebrated around the world, and the progression of the week — from Palm Sunday to Maundy Thursday, Good Friday to Holy Saturday — contains special significance for Christians commemorating the resurrection of Christ.

“Some churches do something every day for Holy Week,” said the Rev. Tiffany Knowlin, pastor of Wesley United Methodist Church in downtown Columbia.  “It’s important, though, because unfortunately for people who come to church … if they just come to church on Palm Sunday, and don’t do anything during the week, and you get to Easter, you’ve missed the whole story.  They just heard ‘Hosanna’ and ‘Halleluja!’ For a lot of people that’s the case.”

Although different denominations observe Holy Week in different ways, the core message is the same — the commemoration of the death and resurrection of Christ.

“We begin Holy Week on Palm Sunday representing Jesus’ triumphal entry into Jerusalem for the last time,” said Msgr. Richard Harris of St. Joseph’s Catholic Church in Columbia.  Holy Week ends on Holy Saturday, which contains the biggest mass of the year in the Catholic Church.

St. Joseph’s congregants traditionally leave Palm Sunday in silence as a sign of reflection upon the solemn week ahead. Others, like Christ St. Paul’s, have a procession involving drama, palm fronds and a live donkey.

Palm Sunday is followed by Spy, or Holy Wednesday, and Maundy Thursday. Maundy Thursday services often include foot-washing, to represent the actions of Jesus when he washed his disciples’ feet during the Last Supper, and the stripping of the altar. Good Friday is a somber service recalling the anguish of Christ on the cross.

Knowlin said that the events of Holy Week extend beyond services. Churches hold Easter egg hunts for children and Columbia hosts a special event called Good Food, Good Feet, Good Friday, where volunteers wash the feet of the homeless, feed them breakfast and give them medical attention if needed.

Harris said he loves the journey of Holy Week, although it can place a strain on pastors and church leaders.

“There is a certain amount of physical demand on the priest, and it can be exhausting as well as exhilarating,” he said. Of the services, he added, “I personally look forward to each one…They are so distinct and powerful, I like every one of them.”

Pastors often try to drive home that Easter is “not about the bunny,” Borrett said.

However, Good Friday also requires ministers and teachers of the Christian faith to explain to children the crucifixion — a humiliating, prolonged and agonizing execution — that is at the center of the key concepts of Christianity.

“I think it’s a challenge, for sure,” Borrett said. “I think you have to really try to share as it’s appropriate age-wise with people. That’s why, in a lot of ways, faith is a journey and not an event.

“People wear crosses all the time, and it’s a piece of jewelry and a piece of art, which is great,” he said, “but sometimes the actual meaning gets lost because it’s so hard, it’s so harsh, it’s so difficult.”

“We’re not trying to take away our children’s innocence,”  Knowlin said.  “We’ve got enough of that in the world … but that doesn’t mean we lie about it.”

Knowlin said that emphasis on the details of the crucifixion are secondary to the aspect of love involved with the story of Good Friday, and that is the part they emphasize to children, particularly younger ones.

“That’s the part we don’t want them to forget,” she said.