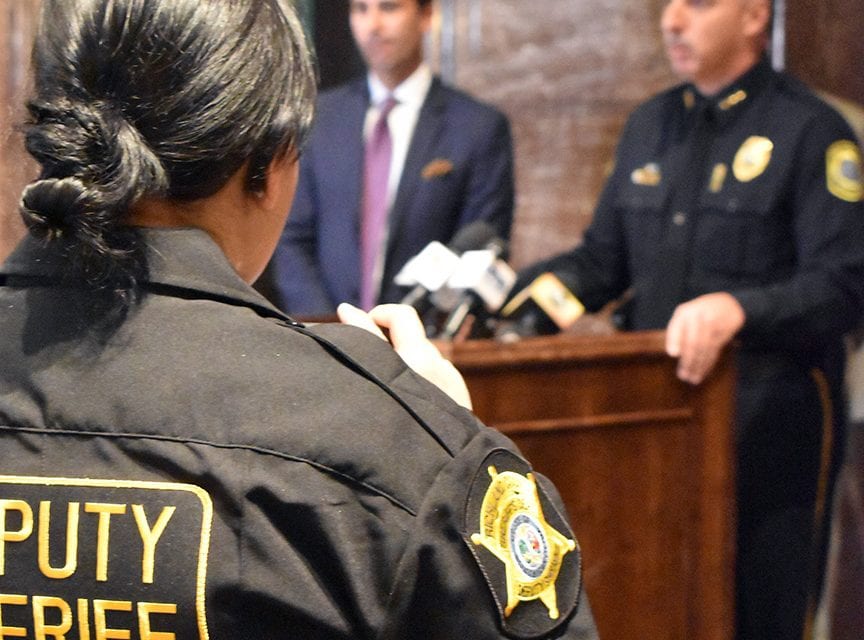 At the urging of local law enforcement, a group of lawmakers is introducing legislation that would make it harder for repeat offenders to possess a firearm in South Carolina.

“We need help. We got too many people that are dying from gun violence,” Richland County Sherriff Leon Lott said.

Lott, along with Columbia Police Chief Skip Holbrook, joined a bipartisan group of lawmakers at the State House on Monday to announce a new bill that would change state gun reform laws to match federal law.

Currently, federal law states that any person convicted of a crime with a potential penalty of over a year in prison cannot legally possess a gun. In South Carolina, only felons convicted of certain violent crimes are barred from owning firearms.

This means that local law enforcement can only charge someone with illegal possession of a firearm as a first offense, no matter how many times a perpetrator with a prior conviction has been charged with the crime.

“At that moment, they get to leave, and leave with their gun. And that’s crazy,” Lott said.

In response to a letter Holbrook wrote to the Legislature last year about common-sense gun reform, Rep. Seth Rose, D-Richland, decided to sponsor the bill.

“We’ve handcuffed our law enforcement by not giving them the tools to do their job,” Rep. Ivory Thigpen, D-Columbia, said. Thigpen is one of three co-sponsors of the bill along with Rose and Rep. Kirk Finley, R-Columbia.

“We’re simply saying, ‘this is the law of the land, let’s let local law enforcement be able to enforce it,’” Rose, a freshman lawmaker who took over former gubernatorial candidate James Smith’s House seat, said of the bill.

In addition to prohibiting those convicted of a crime that carries a penalty of a year or more from having a gun, the bill would also increase penalties for repeat offenders.

“This is not just a plea from law enforcement, but it’s also a plea from the community,” Lott said.

Lott said he attended a community meeting the last week of February where over a hundred Columbia residents expressed concerns about their safety from gun violence.

Although all sponsors of the bill are from the Midlands, Rose insisted the bill would help improve the entire state. Currently, multiple law enforcement organizations, including the Municipal Sherriff’s Association and the South Carolina Law Enforcement Division, support the bill.

Finley, the only Republican co-sponsor of the bill, said the bill is one of many that will garner bipartisan support for gun reform.

“This is something we need to move on and move on quickly,” Finley said.

Holbrook said the Legislature’s support of the bill was “refreshing, to say the least.” The bill is separate legislation from the current bill that would close the so-called Charleston Loophole.

Gun violence has been a problem in the Midlands and the state for years. Lott said since his department created the joint violent crime taskforce last year with the Columbia Police Department, over 1,500 guns have been seized.

But with the current law, those who are brought in for illegal possession can walk free with a mere “slap on the wrist,” according to Lott. Only a warrant from the U.S. Attorney General’s Office or an arrest by a federal agent can make the charges stick.

“Let’s give our law enforcement the tools they need to fight gun violence in the state of South Carolina,” Rose said. 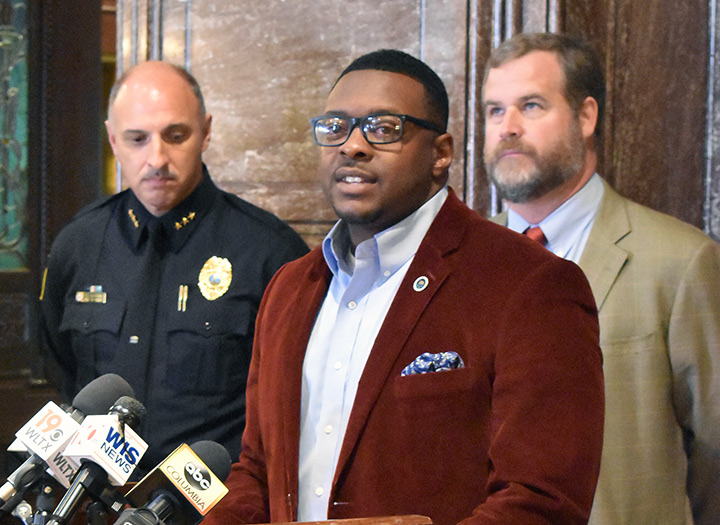 Representative Ivory Thigpen, D-Richland, is one of the co-sponsors of the bill, which would change state law to mirror federal law. The bill would help local law enforcement officers enforce illegal gun possession laws. “We’ve handcuffed our law enforcement by not giving them the tools they need to do their job,” he said.