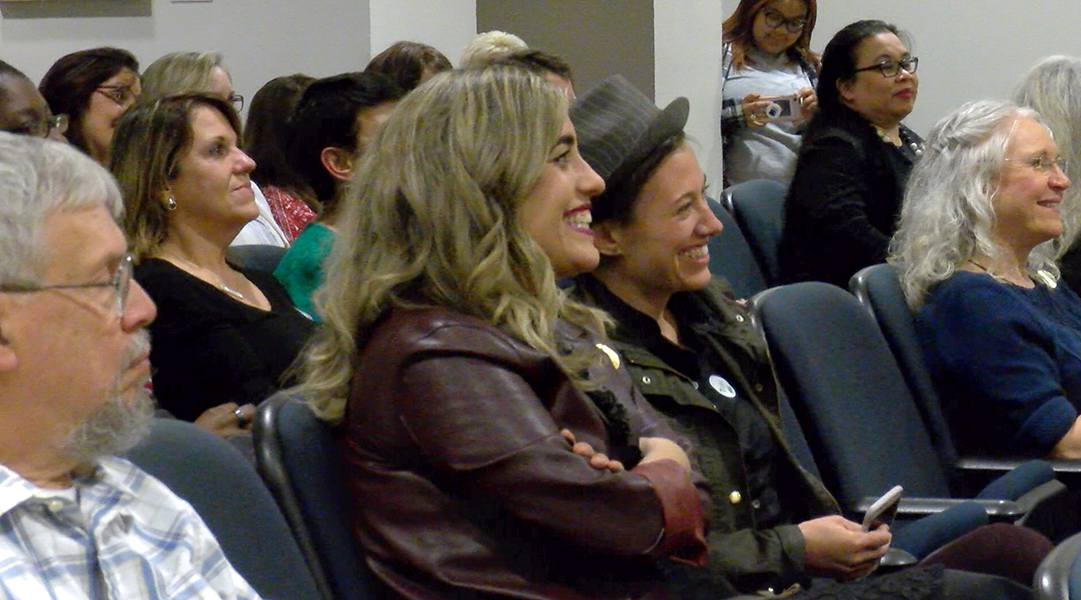 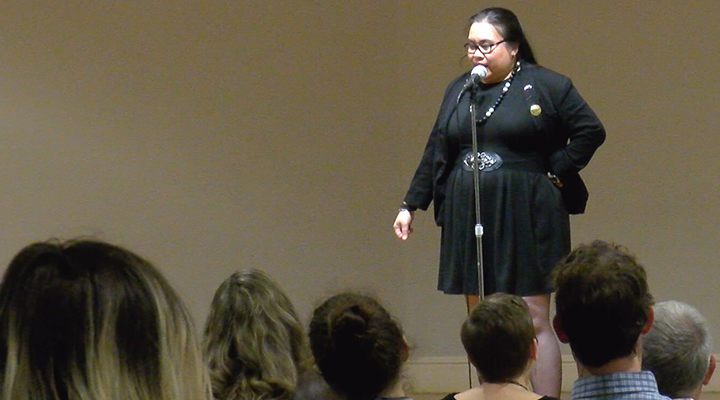 Shirley McGuinness took the stage and shared the story of how her childhood toy helped her through a sexual trauma. 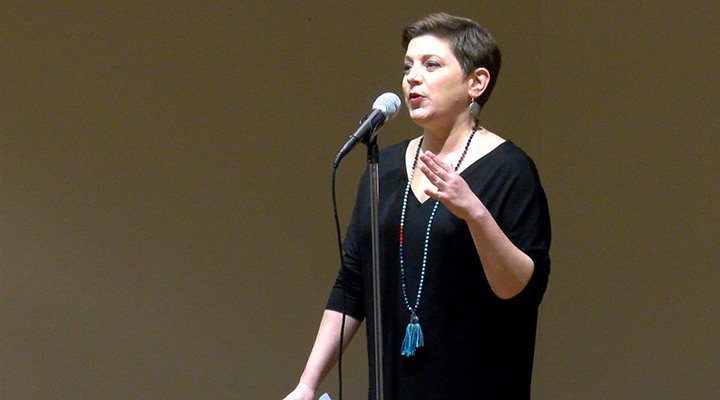 Shannon Ivey, the founder of the #WhatSheSaid Project, wants to expand the story slam to a bigger movement for women.

It was a night full of powerful women. They shared their personal stories and their voices were filled with laughter and heart. It was a night much like slam poetry nights, except these women shared their personal stories without any filters. The Story Slam held at the Columbia Museum of Art provided a stage for women who didn’t want to keep quiet anymore.

The #WhatSheSaid Project is only in its second year, and it’s on the rise in the Midlands. Shannon Ivey, the founder of the #WhatSheSaid Project, helped start the program in Orangeburg. She’s seen the program grow from an intimate audience of just six people to more than 50 people who gathered at the Columbia Museum of Art on a early March evening.

“First person story telling… I know the power of it. I’m just really grateful for all the women willing to tell their stories and the people brave enough to listen to those stories,” said Ivey.

Being in a story slam is not about winning at the end of the night. For the women who performed, it was about sharing the stories that most people don’t like talking about. Their stories ranged from simply living life as a strong woman to dealing with sexual assault.

Shannon Mewborn, the winner at the March 1 event, went on the stage for the first time. She’s watched the #WhatSheSaid Project’s story slams before, but never participated herself. Her story: Finding love does not get easier with age. It was a subject that women do not like admitting, but she said it was time to own up to it.

“I feel like I’ve got a big mouth and I’m not scared to talk about it anymore,” Mewborn said.

Finding stories to share in a story slam can be hard sometimes. Even performers who have been on stage many times before can have a hard time putting a compelling spoken word story together that moves an audience.

Story slam alumna Nancy Marine said she was not even sure she had a story to tell until her fellow competitor pointed out her life story.

“I didn’t even think I had a story, some traumatic tale that I lived through,” Marine said. “I didn’t even realize that my success living as a single woman was a story.”

And for some, being in the story slam was a way to relieve themselves of the personal trauma they have endured. Shirley McGuinness, a #WhatSheSaid Project member and first-time story slam performer, talked about her childhood bear, Covens, who helped her realize that being sexually assaulted was not her fault.

“Just because …I feel like Covens has always been there,” McGuinness said.

McGuinness chose to talk about Covens because she felt like it was a topic that somebody in the audience can relate to. She described Covens as the person who’s held her hand through every problem she’s faced.

The story slam is only one step into expanding the #WhatSheSaid Project into a bigger movement for women.

“Women tend to group together,” Ivey said. “I want to use their power to move it forward.”

Ivey is planning to hold more story slams in the Midlands in the hopes of it growing into a bigger audience. The #WhatSheSaid Project is not just for women though; Ivey is encouraging anyone who is scared to share their stories to step on to the stage. 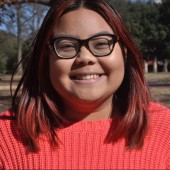 Vania Ibañez plans a career in the producer's chair, working behind the scenes to create dynamite newscasts. She has interned for WCIV in Charleston and worked as an executive producer for Student Gamecock Television. Ibañez hopes to to work in entertainment television as a morning or late night talk show producer.