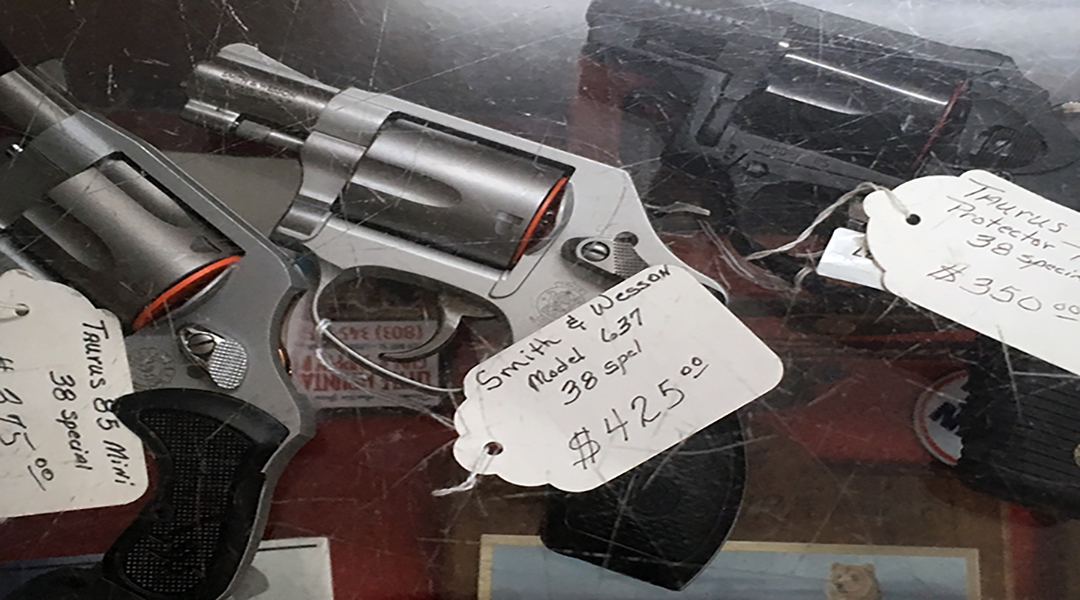 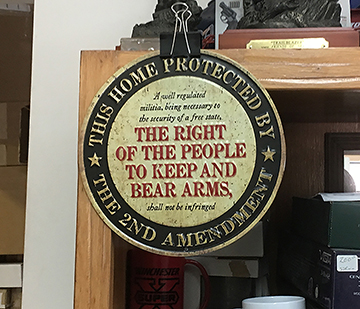 One of the first things seen when walking in the door at Little Mountain Gun and Supply, this sign expresses the core beliefs of many gun owners. 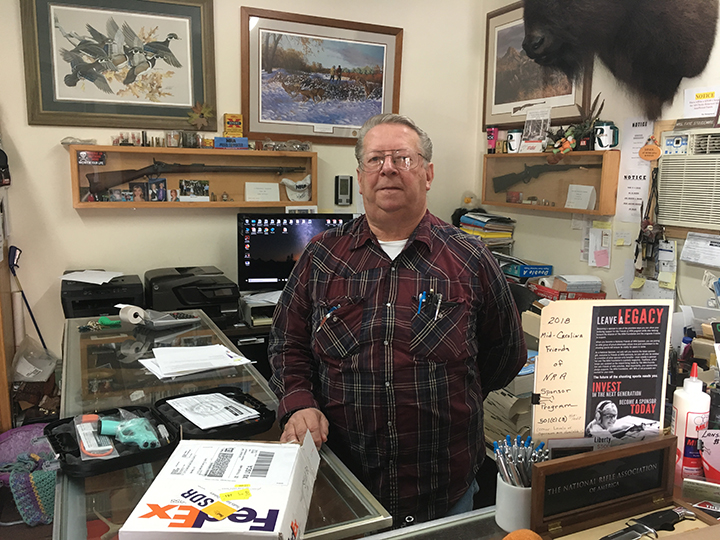 The president of Gun Owners of South Carolina, Gerald Stoudemire, behind the counter of he and his wife’s gun shop in Little Mountain, S.C. He has sold firearms and taught safety classes for over thirty years.

A common .22 caliber hunting rifle shoots the same ammunition as an AR-15 that was recently used in the shooting at Majory Stoneman Douglas high school in Parkland, Florida. 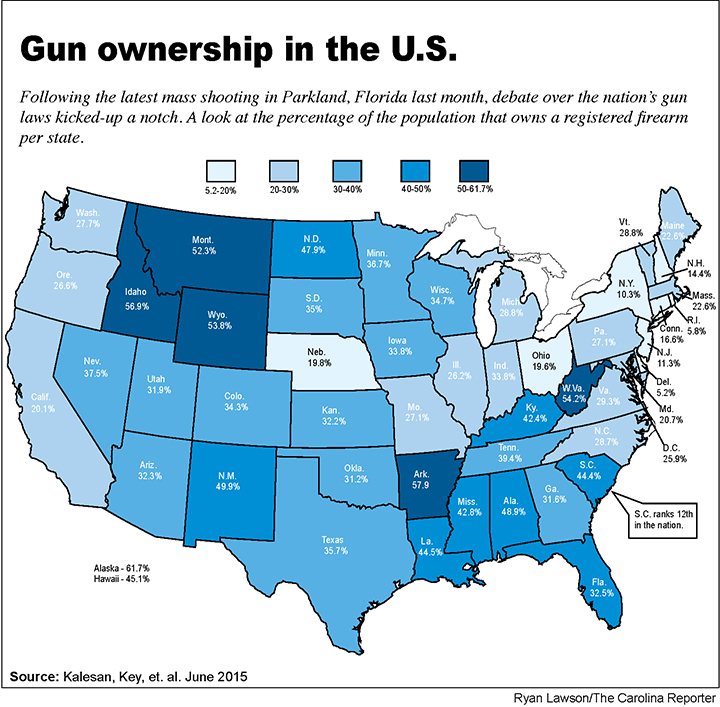 Today in the United States, there is  not a national issue that is discussed more than guns and their place in American society.

Following the Valentine’s Day shooting at Marjory Stoneman Douglas High School in Parkland, Florida, where 14 students and three faculty were shot by a 19-year-old with a semi-automatic weapon, debate has raged over the Second Amendment, school safety and the banning of certain high-powered and deadly weapons.

Meanwhile, in a small town South Carolina, the generational beliefs continue to stay the same.

“People’s opinion around here is not going to change,” said Gerald Stoudemire, the owner of Little Mountain Gun and Supply. “People around here are upset with the newspapers and the TV trying to blame the guns for the crime.”

Stoudemire is the president of the Gun Owners of South Carolina Association and is heavily involved in the National Rifle Association. He and his wife, Faye, have operated their gun store in Little Mountain, South Carolina, since 1987.

The gun shop is on the end of a gravel driveway on the back of their home. In the small, cramped space, guns and memorabilia dominate the walls and the showroom floor. The surroundings are comforting to Stoudemire and his customers.

“It’s a way of life,” Stoudemire said. “Firearms are a sense of security for people. We use them to defend ourselves and to hunt. People around here and in other rural areas grew up hunting. We’d go to school with our rifles locked up in the car and then go hunting after.”

In most rural communities throughout the nation, this state of mind is  common. The belief is that firearms are a constitutional right given to the people by the Second Amendment. Millions of people around the nation have had guns their entire life. According to Stoudemire, gun owners believe that teaching firearm safety at a young age is crucial to their hobby.

“I’ve got children and grandchildren and they started gun safety when they showed an interest in firearms,” Stoudemire said. “It’s all a trickle-down effect. My son started shooting at 5 to 6 years old.”

On a recent day,  a customer walked in with his pre-k daughter to pick up a handgun he ordered for his wife. Stoudemire and the customer go way back and during their conversation, the customer pulls out a video showing his eldest daughter, still in elementary school, firing an AR-15. After she received the kick from the rifle, she is full of excitement because she hit the target dead center. To those unfamiliar or frightened of firearms, the video could be seen as horrifying,  but for the little girl and her father, it’s a memory they’ll never forget.

The focus for Stoudemire is not taking the guns away from people but instead taking away bad people from the guns.

“I’m a firearms dealer. If you want to buy a firearm, you are going to go through the FBI database and if you get flagged, you will not get one,” Stoudemire said. “Our system needs improving; the FBI system was adopted a long time ago and hasn’t changed. If we get involved, if you know someone who is going off the deep-end, then you should report it. The deal in Florida, law enforcement and the FBI failed.”

To Stoudemire, a gun is simply the tool a person uses to commit the violent acts like those used in the Las Vegas and Florida shootings – a tool that could be substituted for anything the perpetrator desires.

“If we have someone take a vehicle into a crowd, do we blame Ford or Chevrolet?” Stoudemire said. “We are not blaming the source of the problem, but just the tools. Guns are not a horror. I have had guns all my life and they have never shot anybody.”

Another key issue for Stoudemire is restricting the places where people, who have the qualifications, can carry a concealed weapon.

“When a criminal comes in, they pay no attention to the law,” Stoudemire said. “When they see a no gun sign or a gun free-safe zone, they don’t care. Only law-abiding citizens do, and they are sitting ducks.”

Gun-free zones, like schools, are places that have been targeted by criminals. Last month’s shooting in Florida sparked the debate about arming teachers.

“Not all teachers should be armed,” Stoudemire said. “But there are teachers that have been in the military or law enforcement that should be with additional training. I think people think we’re just going to strap a .45 on teachers hips like the old west. That’s not going to happen.”

While the national debate on guns and all of their problems continues, Stoudemire and the people he represents through Gun Owners of South Carolina feel the attention should shift off the trigger and on to those pulling it.

“A person who wants to cause harm will find something to do what they want,” Stoudemire said. “We have to stop the people who want to cause harm. People need to get involved and report people that seem to be up to no good.”