Why don’t concerts come to Columbia? It’s more than just our size 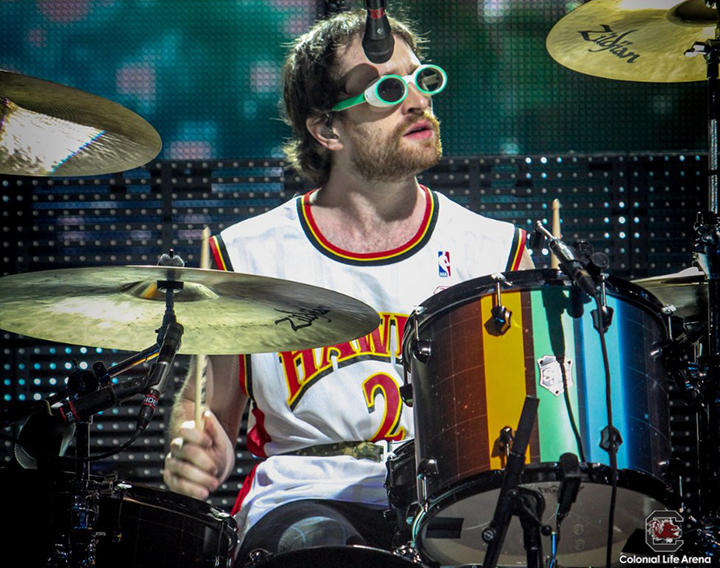 After the two or so year pause in live music caused by Covid-19, artists are ready to tour again. But how many of those artists have Columbia on their schedule continues to be an issue for area music fans.

Coming in as the 72nd-largest metro area in the United States, Columbia isn’t on everyone’s radar when it comes time to choose tour locations.

The main issue? There are bigger and better markets that are too far away — and yet too close to home. Only a 92-mile drive from Columbia, Charlotte is more than twice as large with more venue options — and a larger fan base.

“Competing with Charlotte is difficult, you know, it just, it is,” said Chris McLane, a talent buyer and promoter for Zero Mile. Zero Mile owns four venues in Atlanta, and promotes concerts throughout the Southeast.

McLane has worked in the live music industry for more than 12 years and understands the problem that Columbia faces when looking for live entertainment.

Columbia’s proximity to larger cities, its lack of a certain type of venues and the difficulty of scheduling concerts around USC sports events all contribute to the relative lack of concerts.

But it’s about more than size.

A lack of venues

The four main concert venues in the Columbia area for touring musical groups and artists are the 3,000-seat Township Auditorium, the 13,000-seat Colonial Life Arena, the New Brookland Tavern, which can hold the 250 fans and The Senate, which can accommodate 1,200.

While diverse in size and able to hold different kinds of concerts, these four venues leave gaps.

“There’s a lot of times where, you know, you get those bands … that need a 500- or 600-capacity club,” McLane said. “So the Senate can kind of feel pretty big” with its 1200-seat capacity.  Yet the New Brookland Tavern is too small.

Those 500 to 600-capacity venues McLane mentions are typically in Charlotte — like The Underground, which holds around 700.

A booking agent who is also a 28-year industry veteran, Larry Webman knows the Columbia market well. And he knows it can be hard to get artists who aren’t at the arena level to play here.

“I have an artist who tours annually and they play, you know, 1500-capacity to the 2500-capacity venues, and you know, every year (a) promoter tried to get them to go to The Senate,” Webman said. “At the same ticket price, they’re just going to make a little more in a venue that’s 300-, 400- capacity bigger. They’re going to go to a city where they can make a little more money.”

For artists, money from touring is more important now than it ever has been. Streaming services have taken over the industry and given artists greatly reduced royalties. According to Music Gateway, artists on average make only $0.003 to $0.005 per stream.

Webman said successful artists make 20% from selling music and 80% from touring. Taking music on the road is also an expensive game, and with rising costs due to inflation, artists need to be sure they will be successful in larger markets before they experiment with smaller ones.

Because Columbia is missing that mid-level-sized, club-style venue it misses out on shows such as Judah and The Lion, Joji, Steve Lacy and Yung Gravy.

Underneath the Colonial Life Arena, Senior Assistant General Manager Lexie Boone sits at his desk, looking through a digital pile of emails from various agents and promoters. His office is covered in concert posters, signed basketballs and other forms of concert and sports memorabilia.

He points to a folder in his email just for email threads of concerts that were never meant to be.

“We miss out on way more shows than we actually get,” Boone said. “[If] I am successful with 30% of the shows I go after, that’s probably a pretty good year, really.”

Boone said while he loves it here in Columbia, he knows it’s just not a “must play” for many big name artists.

He has seen a change over the last 12 years he has worked at Colonial Life Arena, with more rock and pop artists balancing out the historically strong country market.

Since Columbia is a college town, athletic events often interfere with an artist’s touring schedule. One of his biggest issues is fighting for space against the Gamecocks basketball teams.

Boone points at his calendar of red and yellow dates. He knows there are basketball games on these days. But because TV networks determine the game times —sometimes just a week or two before tip-off — concert bookers have to steer clear of the entire day.

“And the yellows are just what they call ‘holds,'” he said. “These are mostly basketball. But until we get that scheduled (in) January, February, through mid-March, I really can’t book stuff.”

That means lots of last-minute bookings, which big tours don’t like.

“If there’s a big football game, you know, we’ll try to do a national (artist) on that Thursday or Friday before the game,” McLane said.

Past examples include Miranda Lambert in 2019 and The Band Camino in 2022.

With similar-sized venues in nearby, larger cities such as Raleigh, Charlotte, and Greenville, it can often seem like a safer bet for artists to play there instead. They would have a greater chance of selling out and a greater chance of getting a better date.

While McLane pointed out the problems for Columbia in booking tours, he also is surprised at the number of people who do tour here.

“I’m consistently surprised and kind of impressed that bands are paying a little more attention to Columbia and bringing their shows here versus just going straight to Charlotte or straight to Raleigh,” he said.

Additionally, he said, the end of Covid has created pent-up demand for artists who want to tour. While he wouldn’t share shows that aren’t yet announced, he said his calendar of events for 2023 is looking full of shows across the Southeast.

“It is bananas right now,” he said. “I mean, everybody is wanting to work. I mean everybody.  It’s like when we came back, the faucet got turned on at full blast. It’s nuts.” 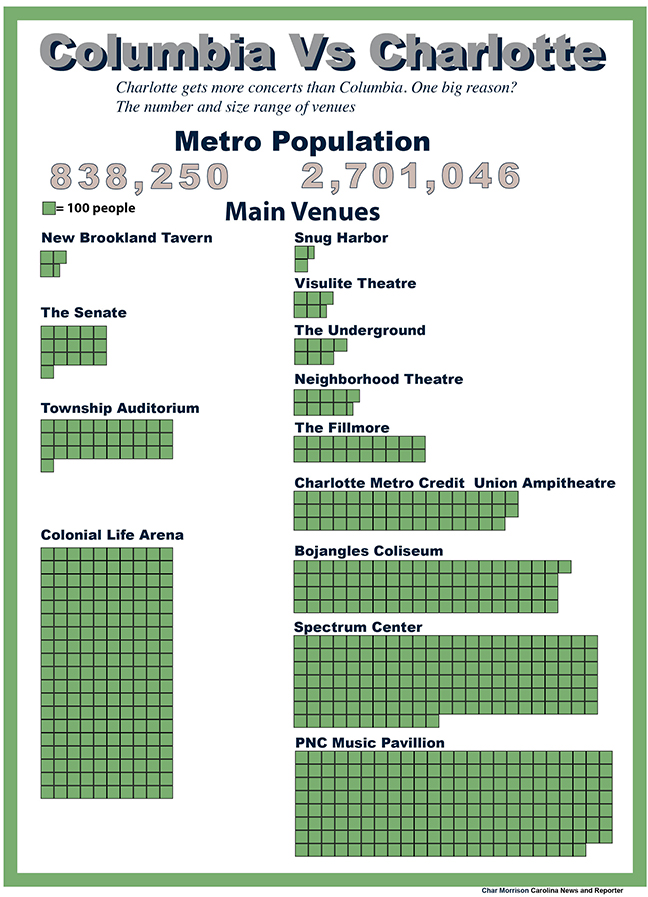