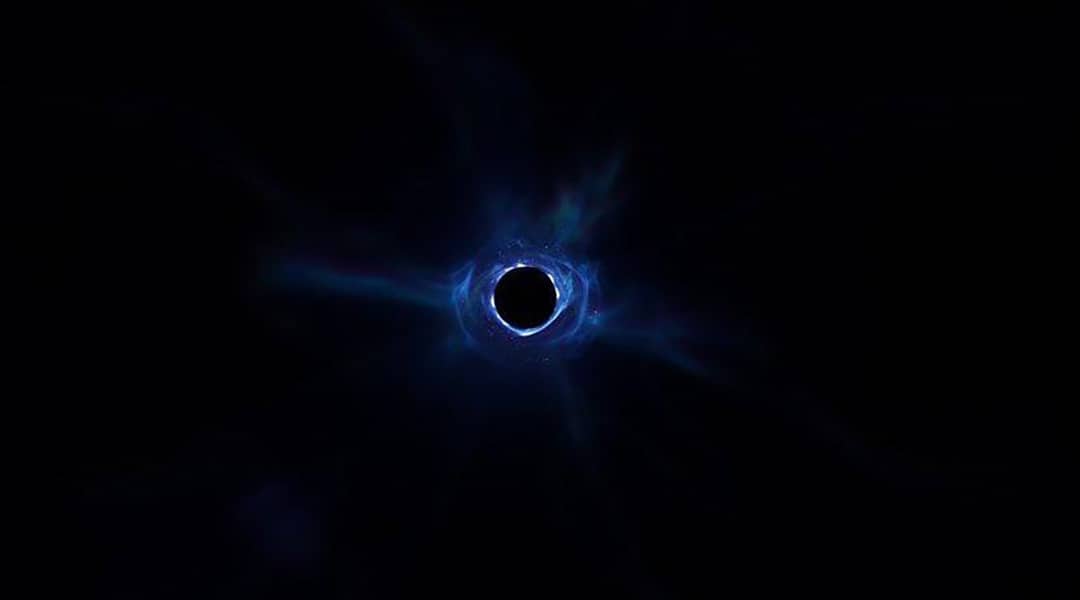 The video game community was in shock when all that was left of the game when they logged on was this black hole. More than 20,000 Fortnite fans were staring at this black hole more than 24 hours after the event. Credit: Independent

If you scrolled through Twitter  Sunday afternoon, you could have probably guessed what was trending. A bit of politics, a bit of NFL, and a ton of — what? — Fortnite.

Around 2 p.m., the popular video game presented another in-game event that shook the Twitter and video game world. Players who logged onto the game just prior to the event weren’t able to play the popular “Battle Royal” playlist the game is known for. They were only able to select the newly added “The End” playlist.

When the players joined a server to watch “The End” event, they jumped off the battle bus and onto a map that over the past two years has become familiar as they honed skills and created memories. The players gathered online at the rocket on the map and counted down the seconds until 2 p.m. After a video rocket launch, rifts, and meteors, the Fortnite map that had been played on for over two years was sucked into a black hole.

Streamers and gamers around the world watched in shock and were left speechless as their screens went black. The next thing they saw was a black hole on their screen and an exit button in the bottom right hand corner. When players clicked the exit button, they were kicked off the game and unable to get back in.

While this may sound like a typical video game event, remember the game we are talking about. Fortnite is hands down the most popular video game in the world with around 250 million registered users, according to the most recent count in March 2019. The game also made $2.5 billion last year, mainly from sales of customization options for players. The game is so popular that last week a lawsuit was filed in Canada against Epic Games, the creators of Fortnite, on behalf of two parents who claimed the game is “as addictive as cocaine” and is ruining their children’s lives.

What is mind-boggling about this game is the number of players that will log onto the game to watch the in-game events, such as the one Sunday. On Feb. 2 of this year, Fortnite put on an in-game concert featuring music artist Marshmello. For this event, 10.7 million players logged on and watched the event, a truly astonishing number of concurrent players.

“These events are something new, something refreshing,” said USC senior Nick Burgos. ” You don’t have them in Call of Duty or Madden or any of the other popular games. These are happening in real time and if you miss it, you miss it. I remember I left my house when the Marshmello event was happening and when I went to a friend’s house they were watching it too. It was crazy.”

Sunday, Fortnite’s most recent in-game event was viewed live by over six million people. Fortnite’s Twitter livestreamed the event on their page, where the livestream is still active, now just showing the black hole that the map was sucked into. That livestream of the black hole was still being watched by nearly 20,000 people 24 hours after the event, waiting to see what comes next.

“The event was amazing,” said Pelion High School freshman and longtime Fortnite player Johnathan Arnold. “It was the perfect way to send off the old Fortnite and bring in the new one for ‘Chapter 2.’ This new season is going to bring players back to the game that originally left.”

The black hole closed early Tuesday morning and the new season, titled “Chapter 2”, has officially launched. The new season provides a refreshing take on the game, giving players a breathtaking new map to play on and adding many features like new weapons, skins, the ability to swim, etc.

Gamers around the world rejoiced and are ready to spend hours in front of their televisions, exploring the new map and creating a new love for the game. If Fortnite continues to bring in millions of people for these in-game events, “The End” of the beloved video game is nowhere in sight. 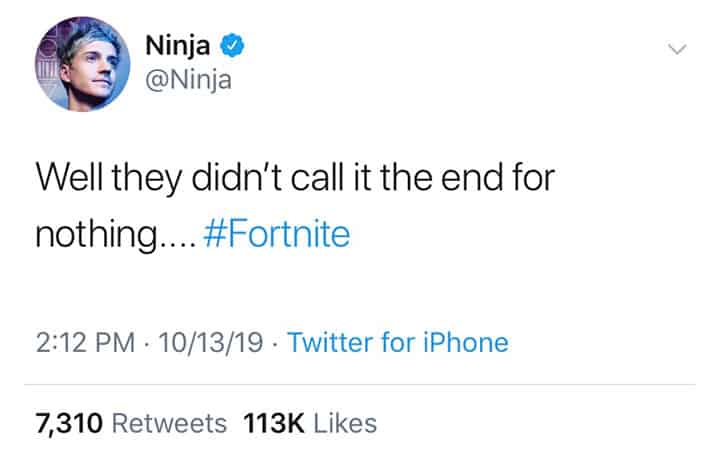 Tyler Blevins, also known as Ninja, is one of the most popular Fortnite streamers. His net worth currently sits at $17 million and he has played alongside Drake, Travis Scott and Pittsburgh Steelers wide receiver JuJu Smith-Schuster. 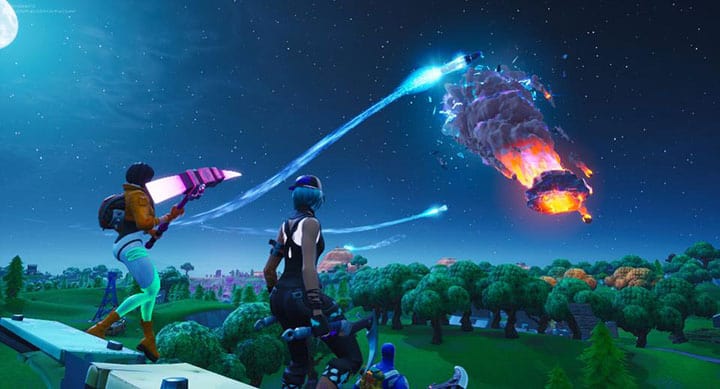 Fortnite’s “The End” event featured rockets and rifts, ending with a meteor strike, causing a black hole to destroy the map 250 million users have played on since the games release in 2017. Credit: Forbes 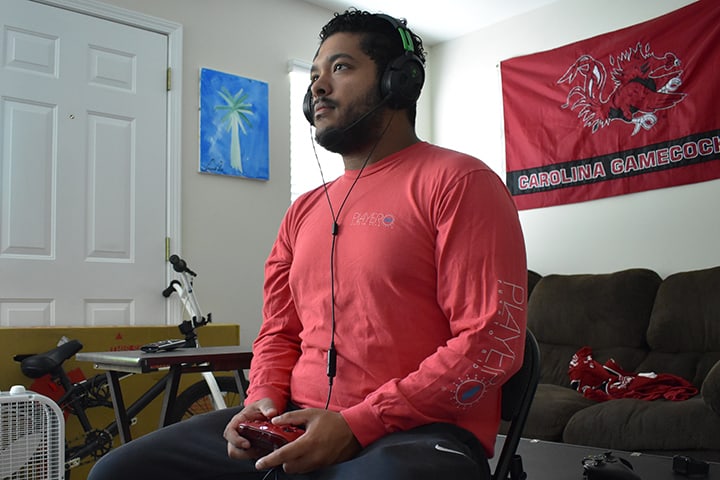 USC Senior Nick Burgos is an avid Fortnite player and enjoys the new additions to the game. 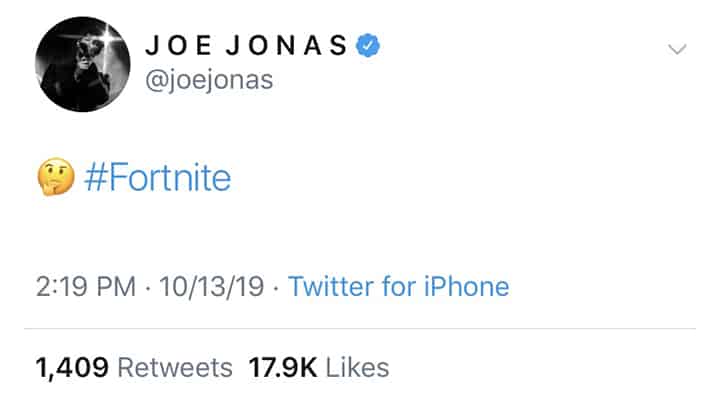 “The End” was such a hit in the video game community that celebrities like music artist Joe Jonas were wondering if Fortnite was over. 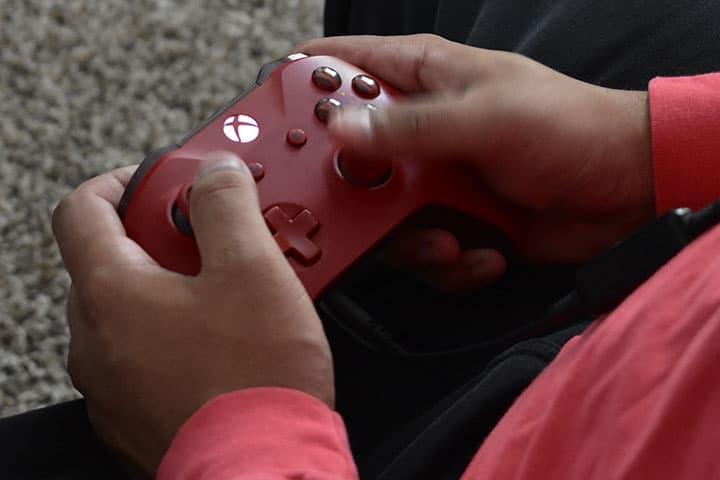 Fortnite is available for play across many different platforms, including Xbox One, PlayStation 4, PC, and mobile. 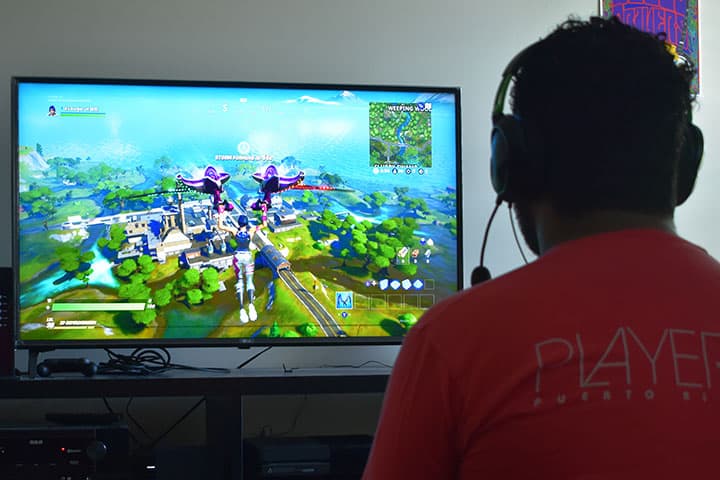 Burgos locks in for a game of Fortnite, exploring the brand new map and features the “Chapter 2” has to offer.