Woman about to turn 100 remembers her childhood home, now a boutique hotel 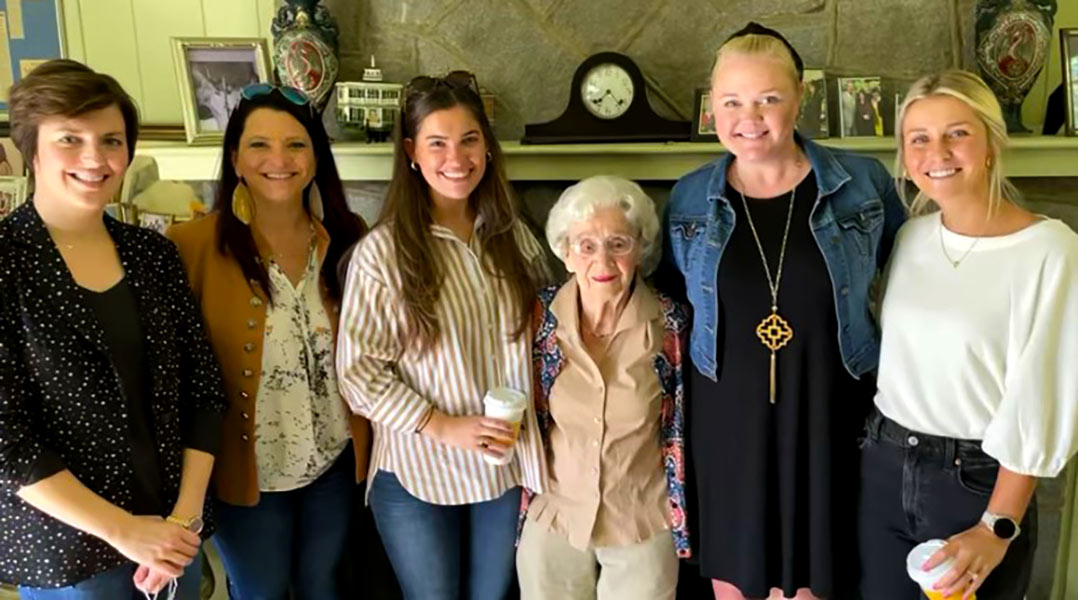 Friends come to visit and spend the day with Mary Black, the former homeowner of what is now the Graduate Hotel. From left to right are: Ashley Benson, Tanya Black, Julia Weeks, Mary Black, Leanna Lee and Carson Jolly. (Photo courtesy of Leanna Lee)

Mary Black, 99, remembers the parties she threw in the Columbia home now known as the Graduate Hotels.

“I was in ADPi, and we had sorority and fraternity parties up there all the time,” she said. “We had a record player. … At one point, we had a pool table and a ping-pong table.”

Black, who turns 100 on Thursday, grew up with her parents and brother in the Pendleton Street house adjacent to the University of South Carolina campus.

The home, which was built a decade before Black was born, had four bedrooms, three of which are now hotel suites. The dining room has become the Trophy Room bar, where guests can dine and schmooze. The Black family library remains the least-changed room from the time the house was built.

Black even got married in the home. Her wedding took place after her husband, George, returned from the Vietnam War.

“We got married about 10 days after he got back from overseas in the front parlor,” Black said. “Had a small wedding with just family. And then he and I went to Pinehurst, North Carolina, for our honeymoon.”

In the 1970s, USC approached Black with a $25,000 offer on the house. The university’s plan was to tear it down and build a parking garage.

But Black knew the home was worth much more than that.

“(Black) and a couple of other people that lived in the neighborhood had their homes historically registered so that (potential buyers) couldn’t structurally touch them,” said Leanna Lee, director of sales at Graduate Hotels. “The university had to give her full market value, which is quite a bit more than what was originally offered.”

The home became a part of USC’s art school. But it was boarded up in the 1980s and had an uncertain future.

In 2005, IMIC Hotels partnered with the university to build a boutique hotel around the historic home. It was dubbed the Inn at USC, and what was known then as the “Black House” served as the lobby.

Lee said Graduate Hotels transformed the home into a full-service hotel by adding a restaurant and bar.

“To be able to add that with local, fresh food options for breakfast, lunch and dinner, that’s huge,” she said. “We also offer bicycle rentals, which people love. I mean, you can check a bike out and go explore downtown.”

Throughout the building, bright-colored decor and details honor its South Carolina history.

The state bird, the Carolina wren, can be found on the corridor carpets. The Carolina Tartan flag is featured in the Trophy Room as well as in the guest rooms.

“And then you’ll see peaches, because we produce more peaches per capita than any other state, including Georgia,” Lee said.

Guests who have stayed at the hotel appreciate its unique design and attention to detail.

“The Graduate Hotel is so beautiful,” USC parent Allison Roden said. “I love aesthetics, you know. I have a fashion background, so I definitely appreciate that kind of hospitality.”

Roden said she had a great experience when she stayed there last year.

“Even though it’s a chain, it’s a very quirky boutique hotel, and it had good energy,” she said. “It had a ton of alumni, and you kind of just feed off that energy.”

The hotel has earned the approval of its former owner.

“I love the hotel,” Black said to Lee. “I think y’all have done a fantastic job with it.”

Black will return to her home for a birthday celebration. She said she is looking forward to reminiscing.

“It was a fantastic place to live and grow up,” Black said. “Thank God for the memories.” 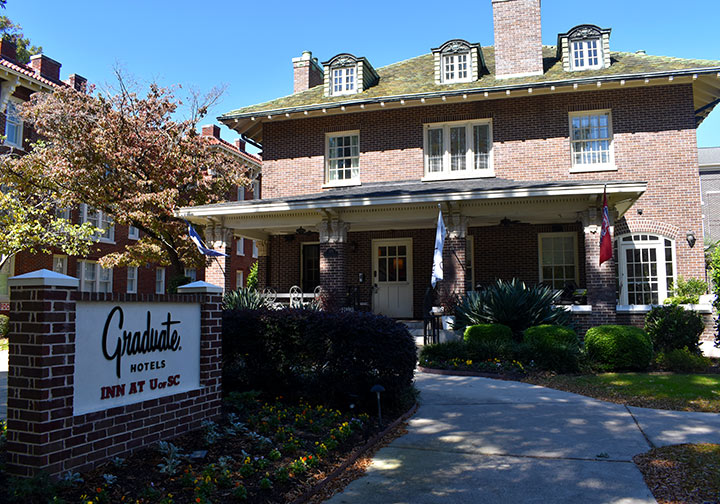 The Black home became Graduate Hotels in 2018 after undergoing $15 million in renovations. (Photo by Jack Veltri) 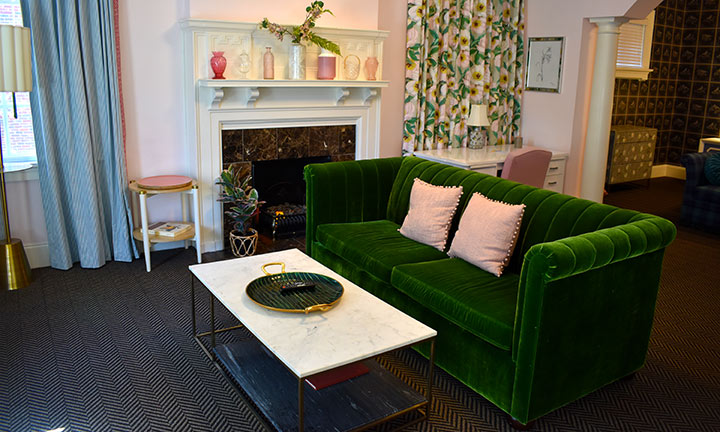 Three remaining bedrooms from the original home have been turned into hotel suites. (Photo by Jack Veltri) 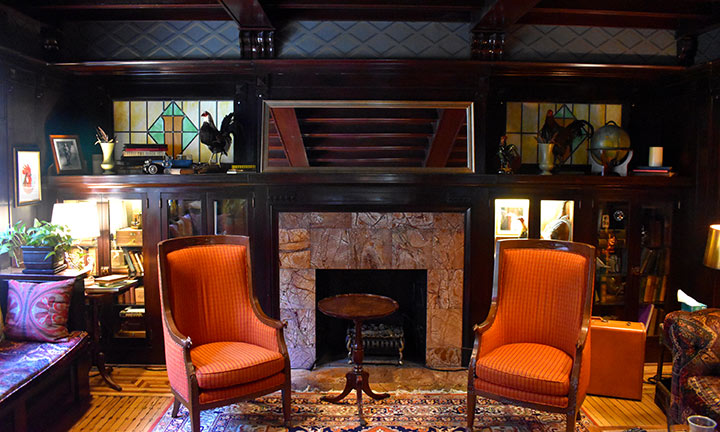 The Black family library is considered the oldest remaining room in the 112-year-old house. (Photo by Jack Veltri) 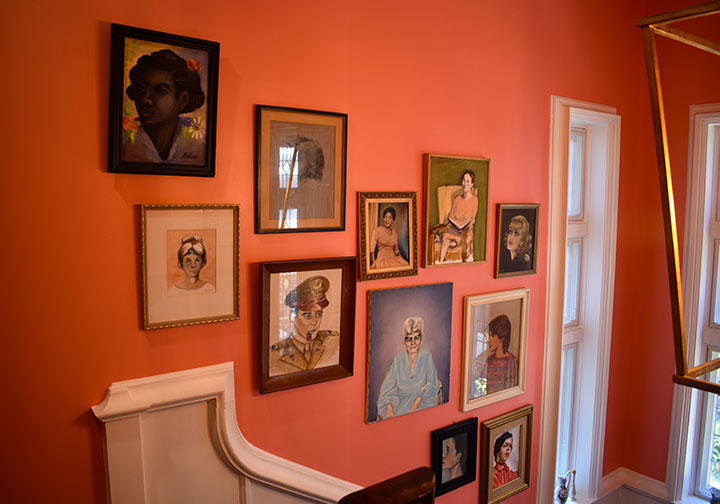 Paintings created by local Columbia artists are scattered throughout the hotel. (Photo by Jack Veltri)