2020 softball seniors get second chance with extra year of eligibility 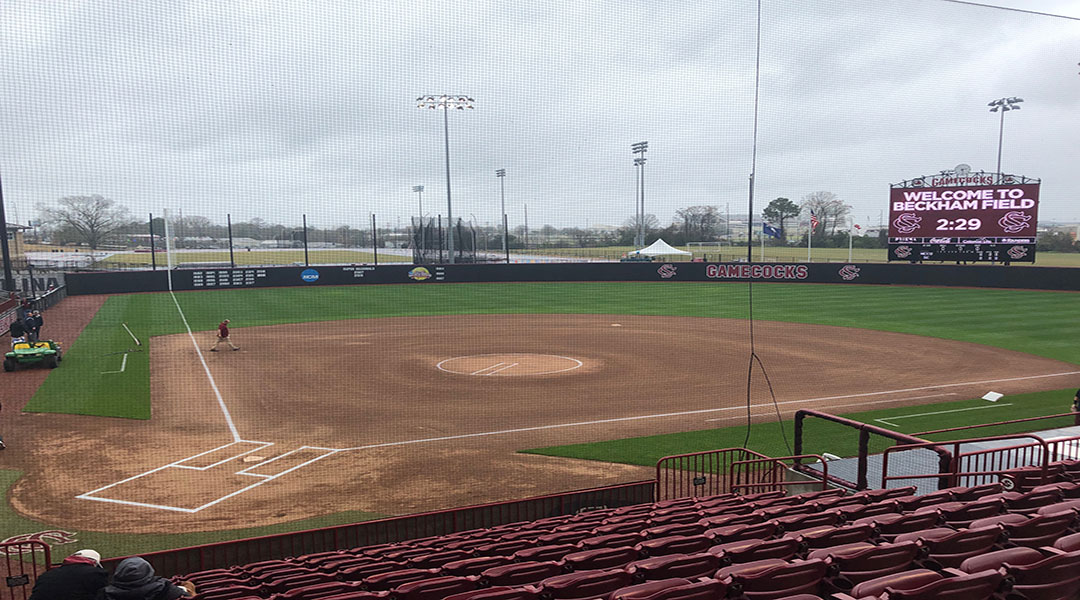 After they lost most of the 2020 season to the pandemic shutdown, four seniors – Lauren Stewart, Cayla Drotar, Kenzi Maguire and Mackenzie Boesel – will get to take the field for one more season after getting an extra year of eligibility. Photo credit: Brandon Alter

South Carolina softball was off to a perfect 4-0 start to its 2020 season after sweeping the Carolina Classic. Seniors Cayla Drotar, Lauren Stewart, Kenzi Maguire and Mackenzie Boesel couldn’t have asked for a better start to their final campaign.

Then disaster struck. The coronavirus pandemic forced closure of in-person university classes and all sports.

Drotar was injured on Feb. 14 on a play at the plate in the second game of the 2020 St. Pete/Clearwater Elite Invitational. She would have missed a month, as she was cleared to return on March 12 — the same day the rest of the season was canceled. It appeared she had played her last game for the Gamecocks in Clearwater, FLa, a week after her season began, with the rest of the class finishing on March 11 with a 2-0 win at home over Winthrop.

Then, the NCAA threw the quartet a lifeline by granting spring athletes an extra year of eligibility.

“They wanted to come back and finish what they started,” head coach Beverly Smith said.

The phone calls for all four “COVID Seniors” as Smith calls them, took place over the summer. Stewart was the first to respond, calling her decision to return an “easy” one.

“I knew we just had much more unfinished business that we had to do,” Stewart said.  “We still had the goals in place we put in our freshman year.”

Boesel, who was already returning in the fall to finish her master’s degree, was the next one to commit to returning. Once the NCAA officially gave spring sports an extra year of eligibility, she knew she was going to return to the diamond.

Boesel’s name is scattered across the program record book. She is tied with Drotar for the most RBIs in a game (8), second in career on base percentage (.451), second in slugging percentage (.590) — just to name a few. She is also within reach of becoming the program’s record holder in doubles, needing just seven to claim that honor and six home runs to do the same.

“I would love to break some of those records and have my name at the top of those record books,” Boesel said.  “But the main reason I came back was to finish what we started last season – to win a National Championship, go out with a bang and get a ring for when I’m done.”

Drotar had what would have been her senior season cut even shorter as she suffered a concussion six games into the season. She wasn’t cleared to return until the day everything came crashing down. She didn’t think she would have another chance to pitch at the stadium, she always envisioned herself doing great things at.

“I was just thinking to myself, ‘I think this is it. This is a chance for me to go back,‘”Drotar said.

That left Maguire. The question for her wasn’t if she wanted to come back, but if she could. Maguire needed some off-season surgery to get her body in a position to compete.

“For me it was just figuring out what my body could handle. I’m very competitive so I didn’t want to miss out on competing for one last year,” Maguire said. “Especially with this group of girls that’s on the [zoom] call right now. Trusting the doctors here, trusting coach Bev, that they have my back. If I can do it, I will. If I can’t, I’ll still be a part of the team.”

The 2021 season will be Maguire’s sixth season; she has been around  for more than half of Smith’s 11 seasons.

Some of the recruiting class was brought in with the idea that all four would have moved on, but with the quartet still on campus, they have taken  on a mentorship role. The most notable connection is between Drotar and Leah Powell, who are both two-way players.

The team expected to have to re-build the middle of the infield with its recruiting class, with the expectation that Boesel and Maguire moving on after the 2020 season. With the duo still here, the players too have taken on a mentorship role.

“We have a lot of depth in the infield that we didn’t necessarily have in previous years,” Boesel said.

The four have left a legacy at the program. They were part of the 2018 team that went to the Super Regionals for the first time since 2008, and their names are scattered in the record book.

But they aren’t done yet, as they look to cement their legacies by bringing South Carolina to the Women’s College World Series for the first time since 1997.

“They’ve certainly meant a lot to the program and they’ve been here a long time,” Smith said.  “It’s, I guess that extra special, that they all chose to come back.” 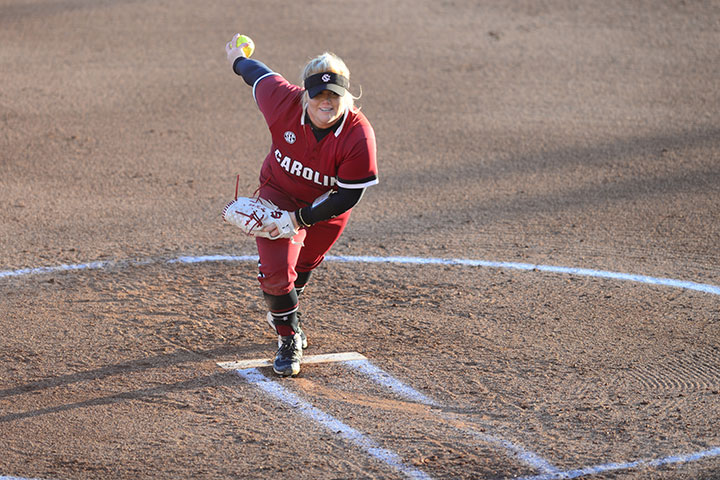 Cayla Drotar suffered a concussion in the team’s sixth game in 2020, sidelining her for the reminder of the season. Photo credit: Juan Blas/South Carolina Athletics 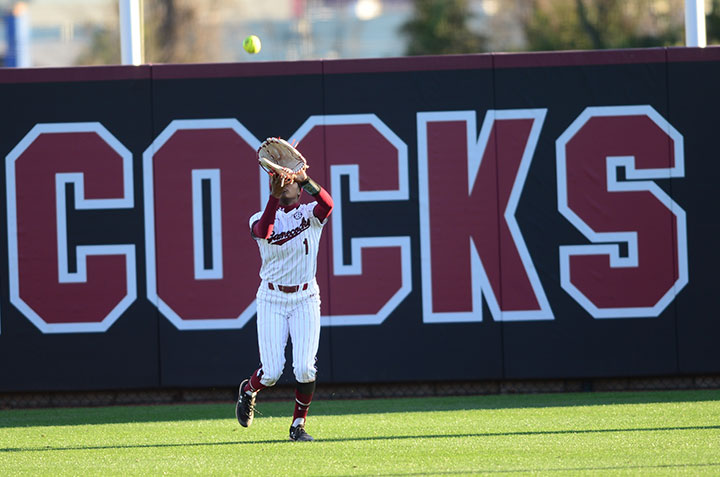 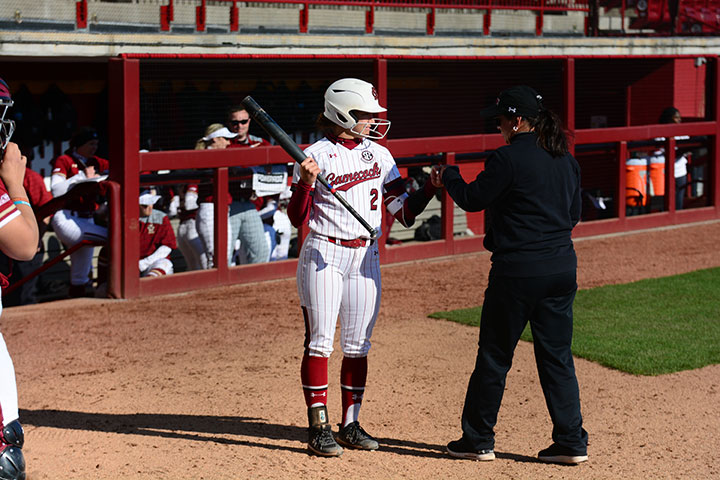 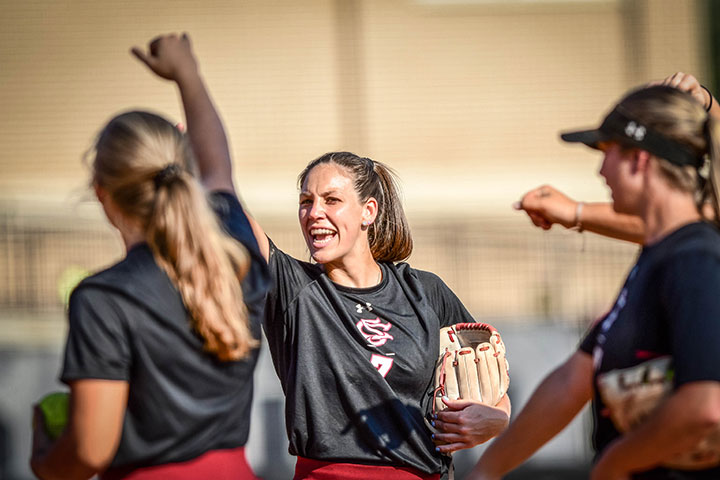