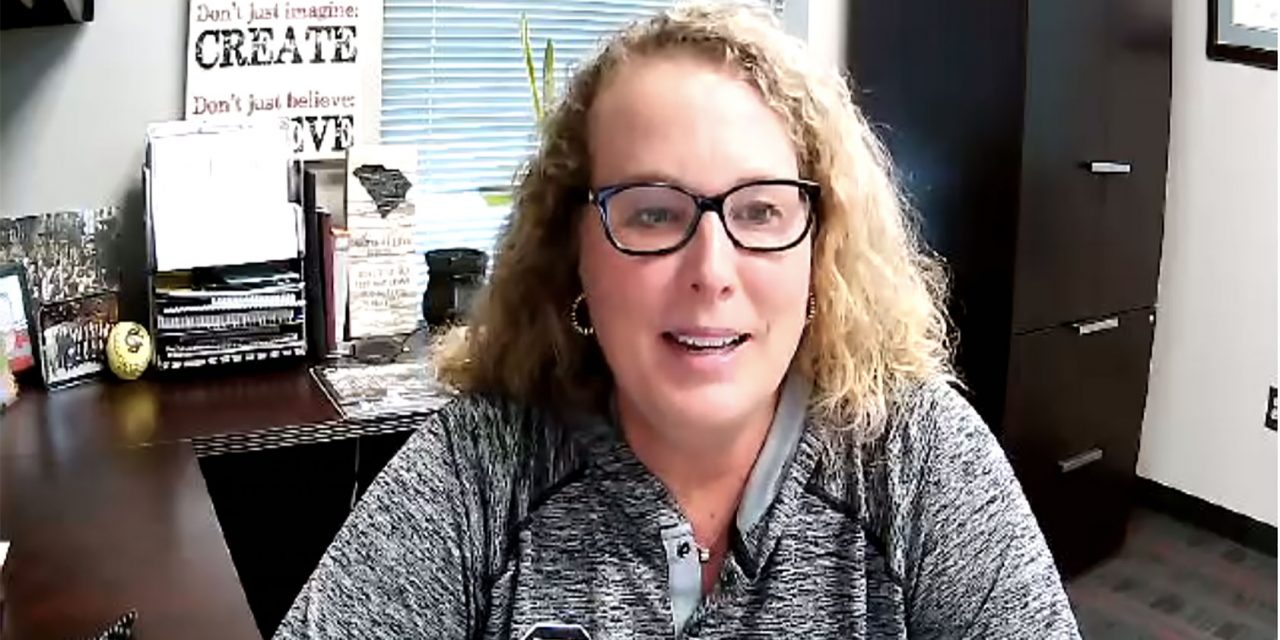 On Friday, South Carolina softball will take the field for the first time in 339 days when they take on North Carolina after their promising 2020 season came to a screeching halt on March 12.

“I think everyone is chomping at the bit to see an opponent, a different pitcher, and just get out there and play again,” head coach Beverly Smith said, noting the team couldn’t do any outside scrimmages in the fall. “I think having to go through all that adversity has really led to a lot of gratitude for this group to actually be able to get out and play again.”

The team was17-6 (1-2 SEC) after just one week of SEC play. They held their own against No. 1 Washington, losing 5-4 in Clearwater, Fla., with the Huskies scoring three runs in the bottom of the sixth to take the win. Down their top two pitchers in Kelsey Oh and Cayla Drotar, head coach Beverly Smith turned to freshman Karsen Ochs against No. 8 Michigan. Ochs went on to pitch a complete game shutout as the Gamecocks went on to win 3-0.

For 2021, Smith has her largest roster (27) thanks in large part to her largest freshman class (10) in her career.

The class was in large part recruited with the idea that outfielder Lauren Stewart, middle infielders Kenzi Maguire and Mackenzie Boesel and Drotar graduating.. But with the season being cut short, the NCAA gave the four an extra year of eligibility, and all took advantage.

“The fact that they all chose to be back and be a part and really finish what they started makes me proud,” Smith said.

Even with the return of the four seniors, there were still departures from the 2020 team. Most notably, star third baseman Jana Johns transferred to Oklahoma after starting every game for the Gamecocks since she arrived on campus. She was named to d1 softball’s All-American Second Team prior to the start of last year. In 2019 she hit a record tying 15 home runs in a season.

The shoes that Johns left will be hard to fill. Smith seems down to freshmen Maddie Gallagher and Carly Robbins, with the latter being a late addition to the class. Smith said, “both look really good.”

While the team lost one star to the transfer portal, they will be gaining one back from the injury list in Oh.

Oh was named to the SEC All-Freshman team in 2018 before having injury issues in 2019 and needing surgery for a Lisfranc foot injury that would have caused her to miss the rest of the 2020 season. At the time of her injury, Oh had pitched a majority of the team’s innings last season.

Oh and Drotar are just the headliners of a  seven-woman staff. The two are accompanied by junior lefty Rachel Vaughn, sophomores Ochs and Bailey Betenbaugh and new comers Leah Powell and lefty Skylar Trahan.

“I think we have a great opportunity this year with seven pitchers. We’re definitely deep,” Drotar said. “It’s just awesome to add the two freshmen to the group.”

While depth is always important, Smith notes that this year it may be especially important. If one player tests positive for COVID-19, and they lose others for contact tracing, they would still be able to send out a quality pitcher to the circle.

Offensively, the Gamecocks remain dangerous. Everyone in the lineup can hit the ball over the fence. What is different about this year’s team is an increase in athleticism and speed, boosted by the freshman.

“We’ve really added a lot more speed. Added more lefty hitters,” Smith said.  “I think we’re going to have some more options in the offensive side.”

Entering the season, South Carolina sits at No. 19 in the NFCA coaches’ poll. In the SEC, a conference where all 13 teams routinely make the tournament, the Gamecocks are projected to finish ninth. Smith will get a glimpse of how her team may fare in the conference when they face Auburn on Feb. 19 and 20 for two non-conference games at a tournament in Jacksonville.

The full schedule is mostly region based, because of the pandemic. Prior to the start of SEC play, South Carolina will also travel to Chapel Hill to face the Tar Heels in another tournament that also features UConn and Elon. SEC play is slated for South Carolina when they host No. 18 Arkansas March 12-14.

One major addition to the schedule that will be new this year is the re-scheduled first ever South Carolina – Clemson game, currently scheduled for April 21.

“Having the opportunity to do it again, for the first time again, is super exciting,” Maguire said.  “I think we’re just all excited to have that same rivalry feeling that all the other (sports) do.”

In what will certainly be an abnormal season, Smith and her team, led by the four graduate students, will be looking to do something the program hasn’t done since 1997; get to Oklahoma City and the Women’s College World Series.

“I came back was to finish what we started last season,” Boesel said.  “To win a National Championship. Go out with a bang and get a ring for when I’m done.” 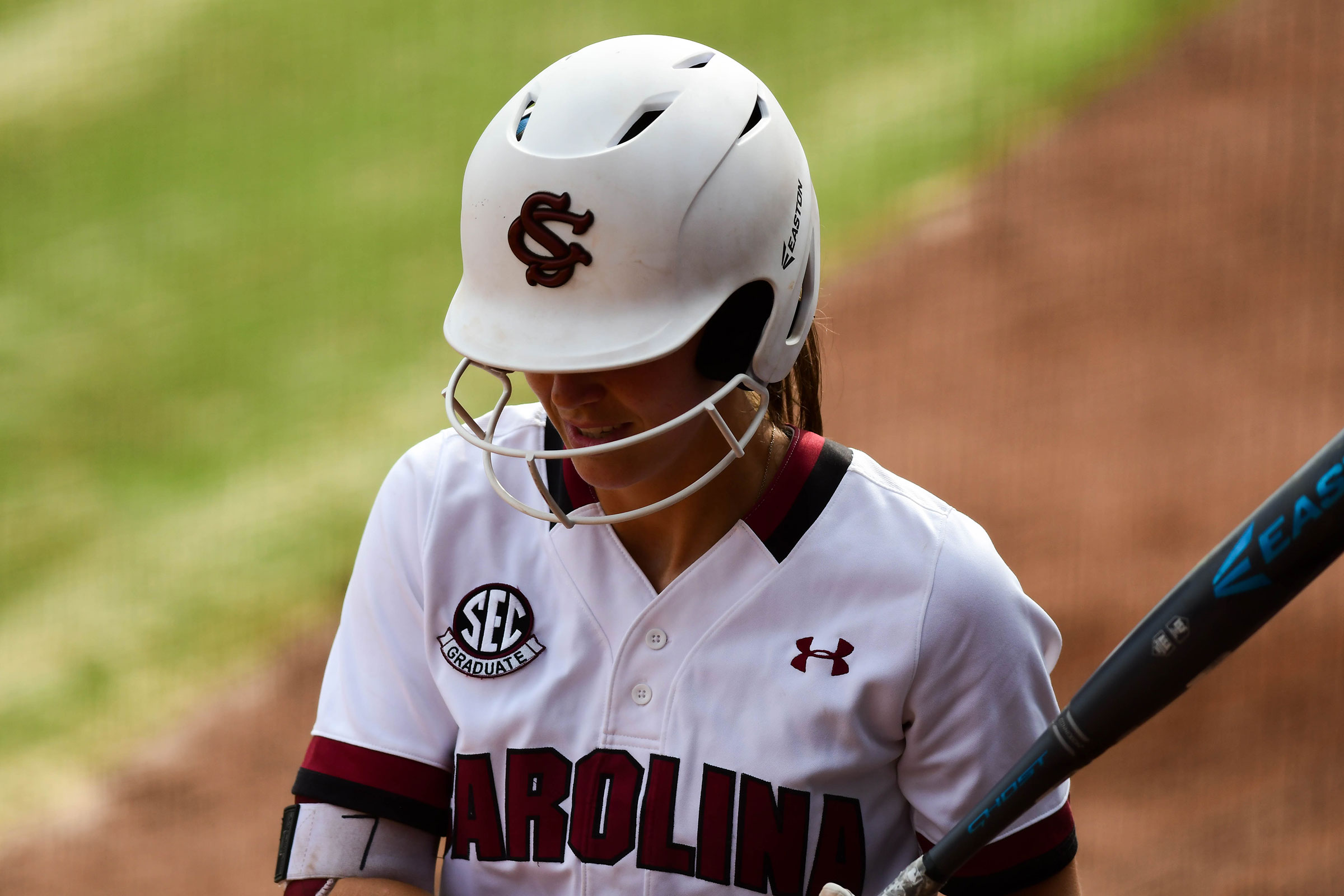 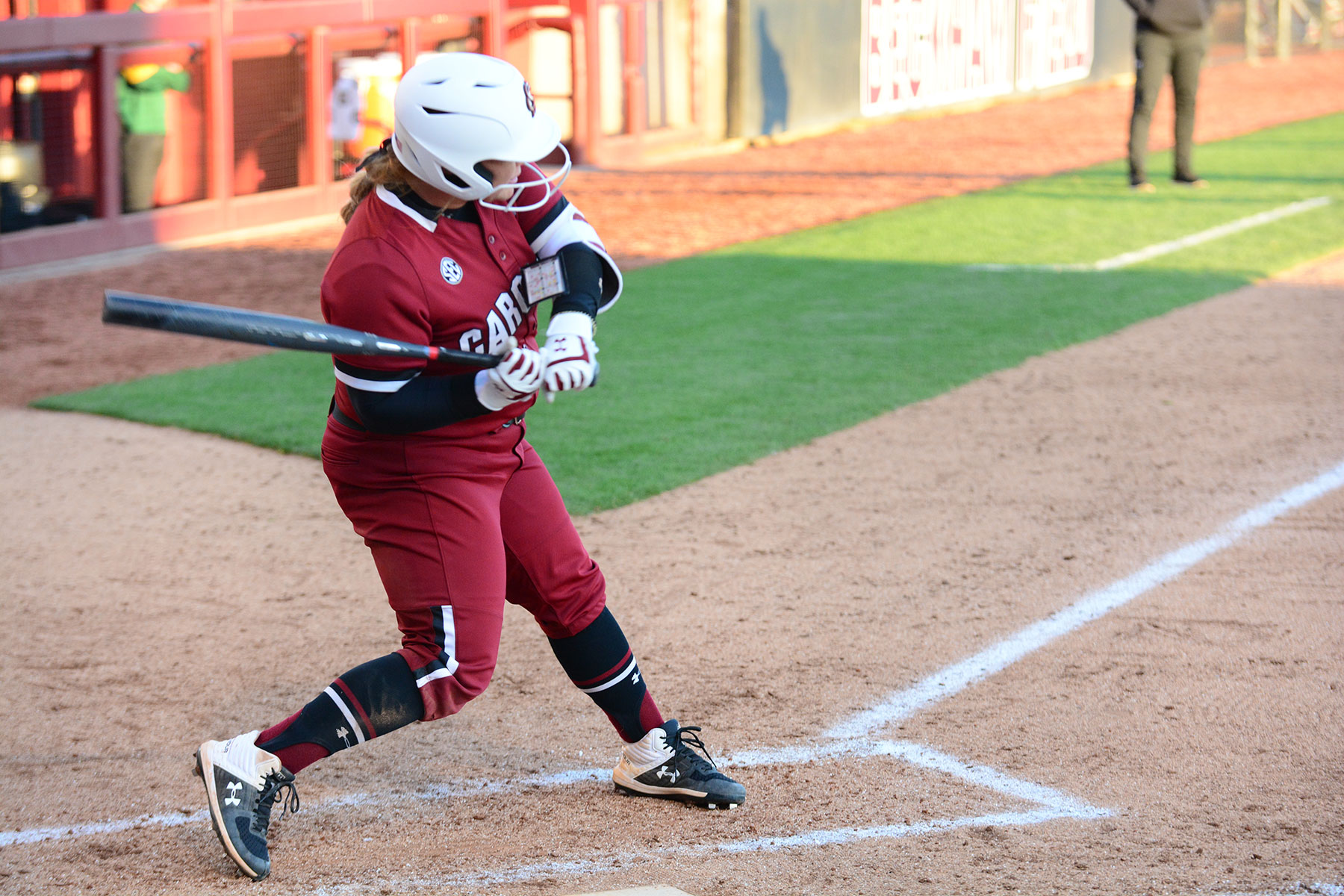 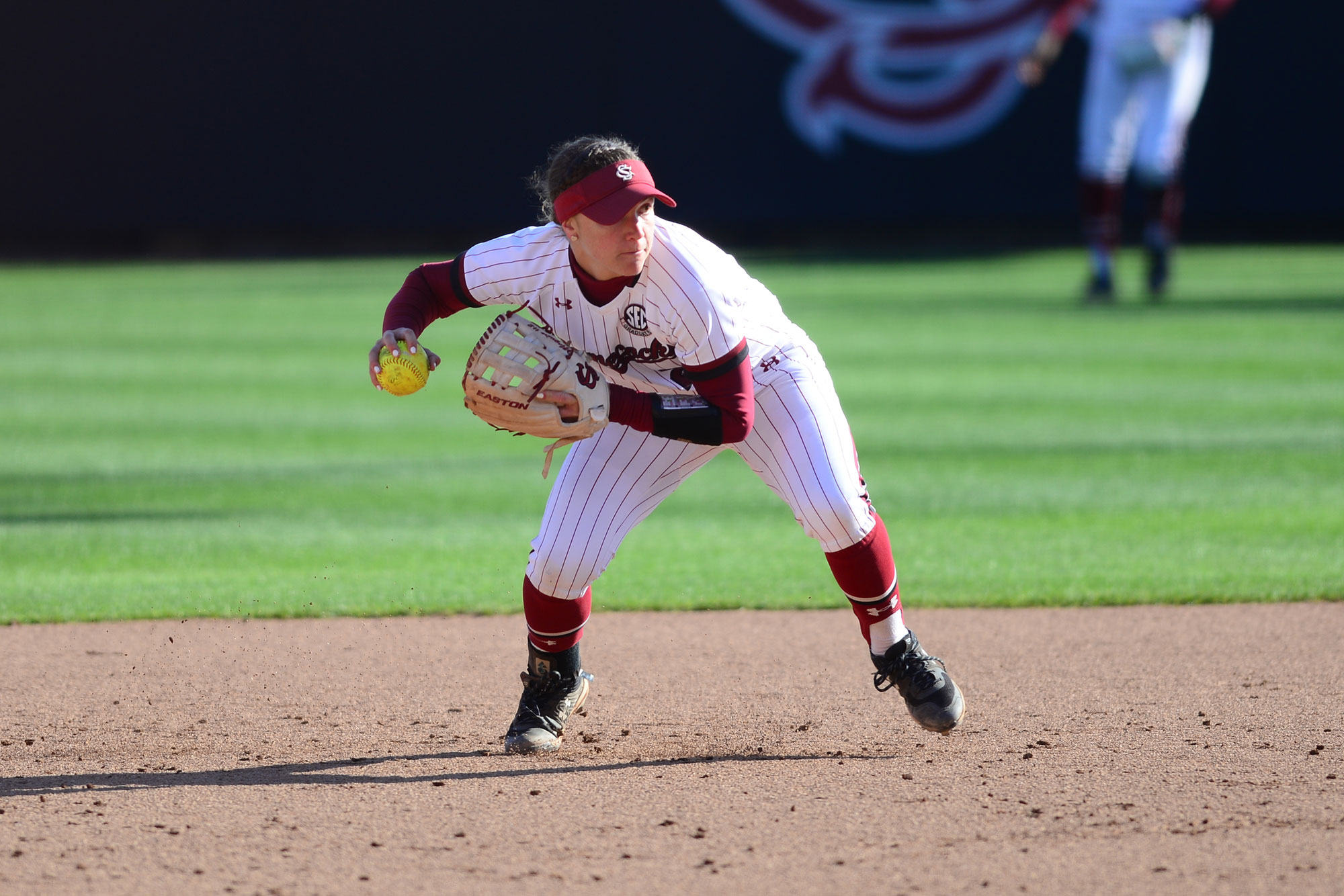 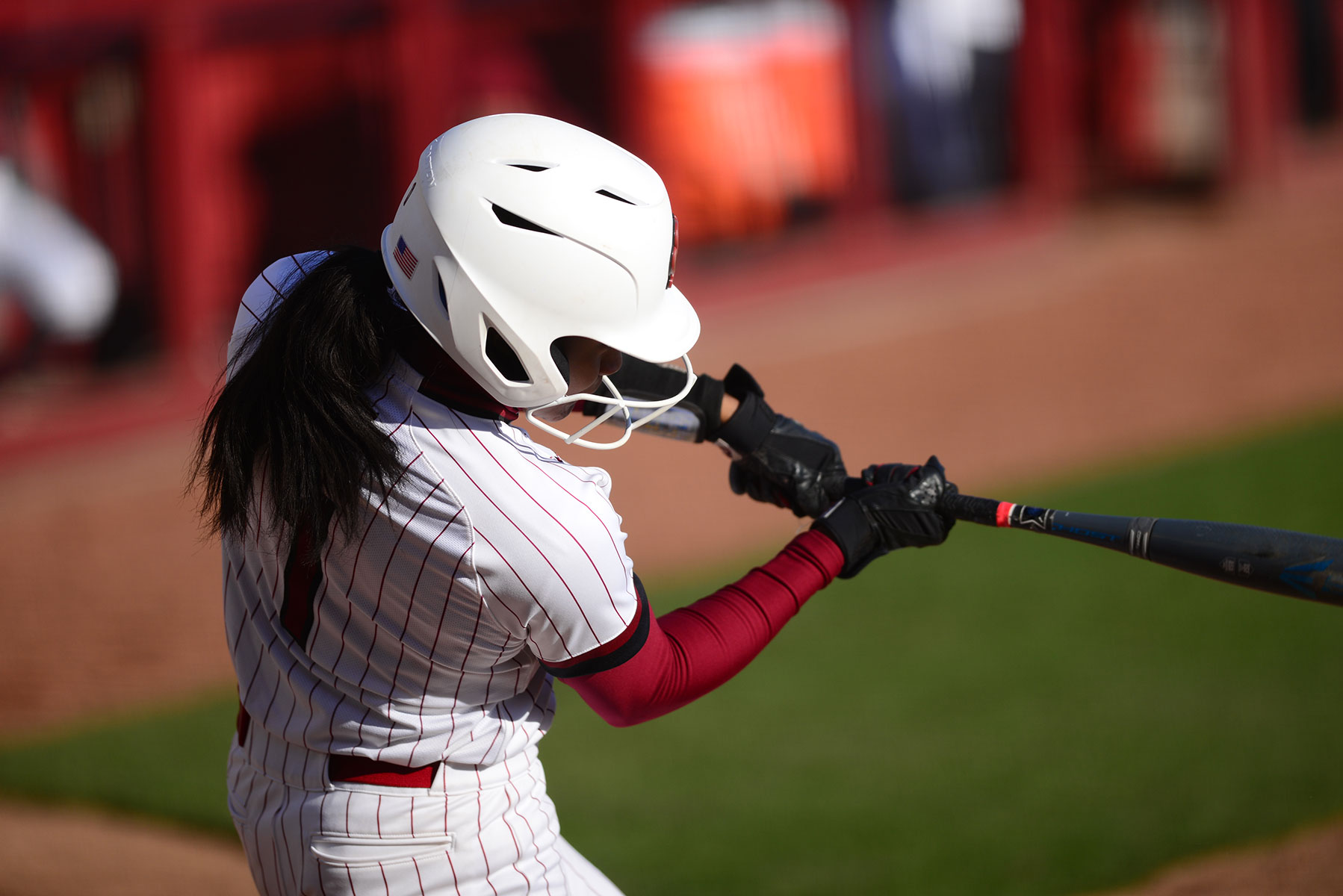