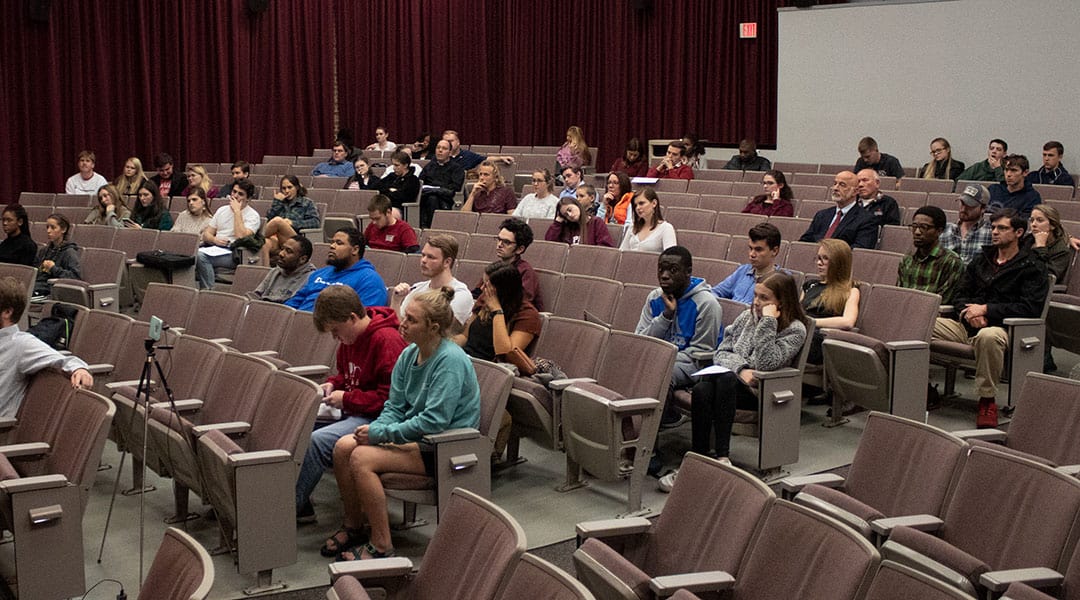 University of South Carolina students and members of the public observed a debate on abortion at the Russell House Theater Thursday evening.

Debaters at the University of South Carolina on Thursday night sought to show both sides of the contentious abortion issue.

The debate between College Democrats and Advocates for Life, an anti-abortion student group, was centered on the legality of abortion and the morality of allowing a pregnant woman to choose between carrying a fetus to term or terminating it in the womb.

Dozens of spectators representing both sides of the argument piled into the Russell House Theater to watch the debate.

Hank Chardos, executive director and co-founder of Birthright of Columbia, attended the debate to hear what students think of the question of abortion. Birthright is a crisis pregnancy center that tries to steer pregnant women away from getting an abortion.

“Regardless of what your circumstances are, when the egg and the sperm get together you are not gonna have a guppy or an oak tree,” Chardos said.”Out of this debate, hopefully, more understanding will come as a result.”

“Debates are just fun to watch,” Ortiz said. “I’m pretty biased myself. I already have my own opinion on this subject, and it would be nice to see the other side.”

Each side was given time for opening statements, two statements with time for cross examination, and closing statements. A Q&A session followed the debate.

One major point of disagreement for the debaters was when life begins in the womb.

John Mark Porter and Ashley Anderson, the representatives of Advocates for Life, attempted to demonstrate throughout the discussion that life begins at conception by citing expert opinion.

“What are the human embryologists saying? They are saying that life begins at conception,” Porter said in his statement. “This is not just one embryologist’s opinion, this is the opinion of 95% of biologists.”

Porter qualified his statistic by referencing a University of Chicago study that found that 95% of the more than  over 5,000 polled biologists believed life begins at conception.

This conclusion was challenged in the cross examination conducted by Victor Carbone and John McLaurin, the representatives for the College Democrats.

Porter reread the abstract of the study for clarification during his examination.

“There it is, three times in a row, ‘the view,'” Carbone said.”Not the hard science, the view that life begins at conception.”

The Democrats’ main point was that the federal government should not be in the business of regulating a woman’s body.

Although the intellectual sparring lasted for over an hour, some audience members like fourth-year global supply chain and operation management student Shay Carol wondered if it all mattered.

“No matter how much you try to convince someone, you cannot force your beliefs on someone,” Carol said. “Debates are productive insofar as they bring new questions to the table.” 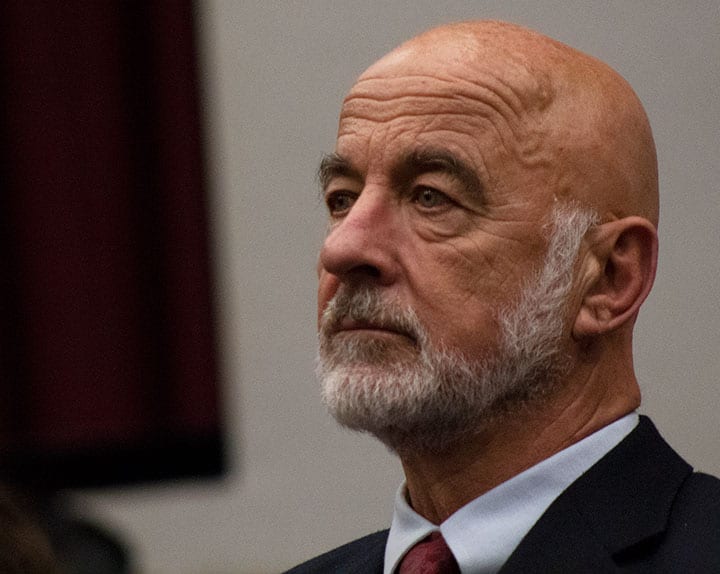 Hank Chardos, executive director and co-founder of Birthright of Columbia, came to the debate to hear students’ thoughts on abortion. 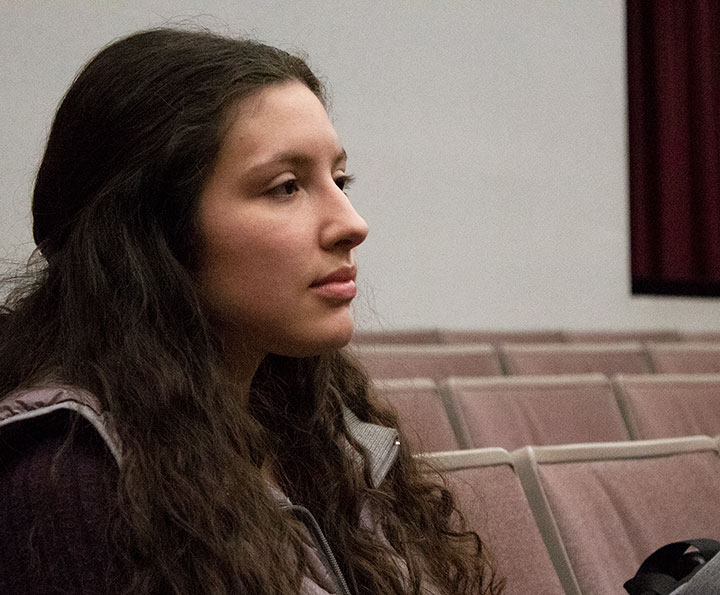 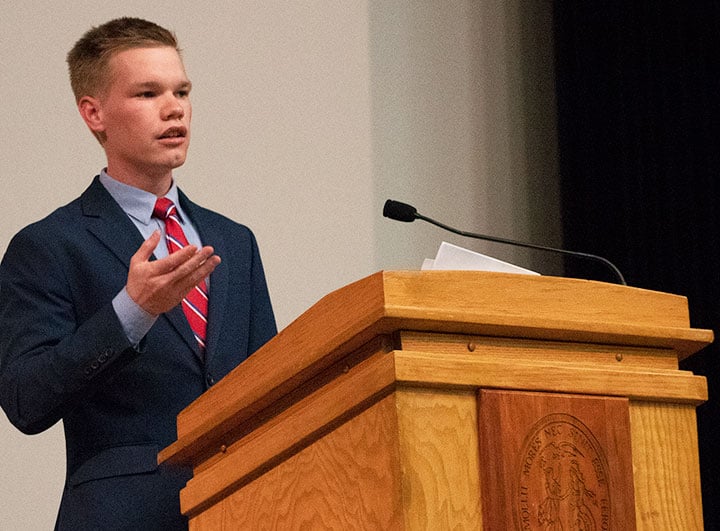 UofSC student John Mark Porter, a debater for Advocates for Life, used a University of Chicago study to show that a majority of biologists believe life begins at conception,