Healthy holidays don’t have to be difficult, dietitians say 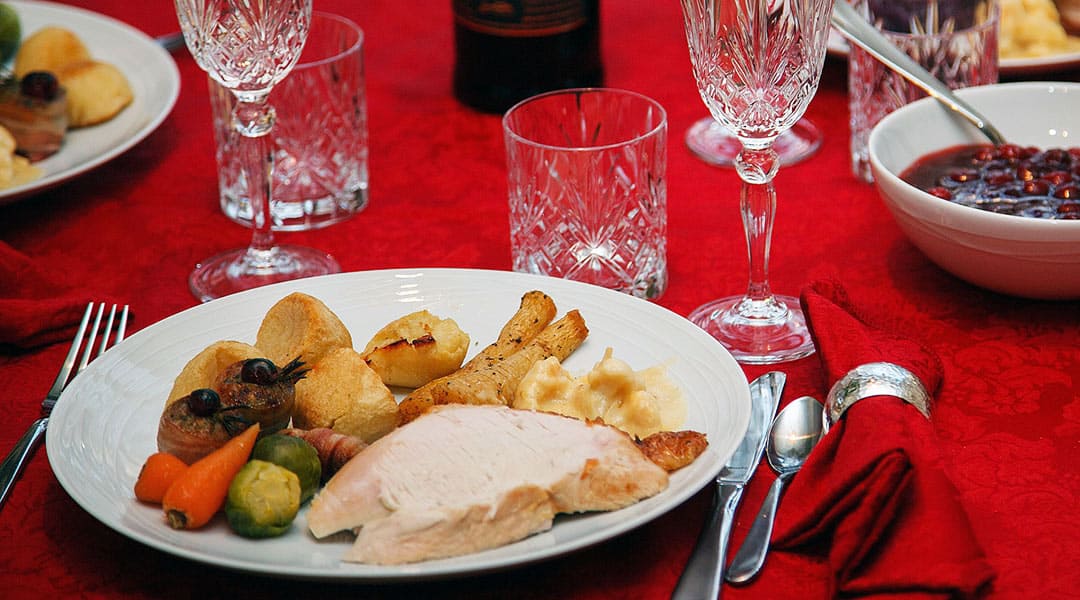 Each Thanksgiving and Christmas, Sarah Cruz, a University of South Carolina student from Aiken, piles her plate high with turkey, mashed potatoes, stuffing and more, usually going back for seconds and sometimes a third serving. By the time she gets around to eating vegetable dishes, she’s too full and skips them.

“The way I see it, Thanksgiving is a holiday where you’re meant to eat a ton of food,” Cruz said. “Sure, it may not all be the healthiest, but I’m not worried about that, because it’s a holiday and I just want to enjoy myself.”

Dietitians warn against these holiday eating habits, saying it’s better to start with healthy vegetables and keep servings of other foods small.

“Incorporate more fruits and vegetables into your holiday meals, which will keep you feeling full longer, as well as adding vitamins and minerals,” said Jessica Morrison, a registered and licensed dietitian from the SNAP-Ed department at the S.C. Department of Health and Environmental Control.

SNAP-Ed, or the Supplemental Nutrition Assistance Program-Education, is a federally funded education program that teaches people how to shop and cook healthy meals in an effort to prevent obesity.

Load up on healthy vegetables

While it’s important to include fruits and vegetables in holiday meals, many of these dishes, such as green bean casserole, glazed carrots and sweet potato casserole, are loaded with just as much sugar and fat as non-vegetable side dishes.

One serving of sweet potato casserole can have over 200 calories. Many other popular holiday dishes have many calories as well, such as baked ham with 345 calories, stuffing with 355 and pumpkin pie with 323 calories.

Alone, each dish doesn’t have too many more calories than non-holiday foods. However, when the calories of one serving from each dish are added up, the amount is more than the average recommended daily calorie limit for adults.

Before going straight for the stuffing or the pumpkin pie, which both contain  over 300 calories per serving, dietitians suggest starting by loading up on raw or roasted vegetables.

Since many holiday parties may not have vegetables other than heavily sauced ones packed with unhealthy ingredients, Morrison said to “be the trendsetter and bring something healthy. Consider bringing a hearty salad with dark leafy greens topped with pomegranate seeds, pecans and goat or feta cheese.”

Another way to stay healthy is by limiting portion sizes. Instead of taking large servings of every dish available, start with smaller servings of just a few of the dishes and put them on a smaller plate.

When the same amount of food that goes on an average nine-inch dinner plate is put on a smaller plate, the food looks bigger. Eating on a smaller plate is psychologically tricking the brain into feeling fuller, because it thinks the body is consuming more food. People tend to grab less food as well, Morrison said.

“I have no self control, so I grab seconds right away. After that I either get more food or go straight for dessert,” Cruz said. “I usually end up on the couch after, because I’m so full.”

Before going back for seconds, Morrison said to practice mindful eating.

“Pay attention to how you feel after you eat a meal. Ask yourself, ‘Am I satisfied?’ If the answer is yes, then you’ve probably had enough to eat,” Morrison said. “Wait at least 10 minutes before you go back for seconds.”

Waiting ten minutes allows time for digestion and is the amount of time it takes for the body to communicate with the brain whether or not it’s full.

“I used to fast all day before a big Thanksgiving or Christmas dinner. I would end up eating three meals in one, because I was starving by the time dinner came around,” said Hanna Davis, a 27-year-old health enthusiast, who works at Run For Your Life, a health and running store in Charlotte, North Carolina.

One of the biggest mistakes Americans make before going to a holiday dinner is skipping breakfast and lunch to save their calories, thinking they will be able to indulge more at holiday dinners.

“Skipping meals is not a healthy way to approach a holiday meal,” said Olivia Sullivan, registered and licensed dietitian at the University of South Carolina. “It can typically lead to overeating.”

Sullivan said it’s best to continue eating healthy and balanced meals leading up to a holiday party. Not only is it a bad idea to approach a holiday meal starving, but there are many negative side effects to skipping meals, such as no nutritional intake, a drop in blood sugar level and altered metabolism.

According to Piedmont Healthcare, when blood sugar levels drop, the brain doesn’t have enough glucose to run efficiently, which causes an interruption in a person’s ability to think straight. This can make a person “feel irritable, confused and fatigued…leaving [them] stressed and hangry.”

Skipping meals also causes a person’s metabolism to slow down. By the time a person gets around to eating their holiday dinner, after skipping every meal that day, they’ll be starving, according to Piedmont Healthcare. They’ll end up eating more food, and since their metabolism will be slowed from not eating all day, it can actually cause weight gain.

“Lots of people say they can’t get through the holidays without drinking alcohol,” Davis said. “Personally, I only allow myself to buy eggnog once during Christmas and only drink one or two glasses of wine at Thanksgiving and Christmas.”

The Dietary Guidelines for Americans recommends women to have one alcoholic drink per day and two for men. This prevents the risk of developing high blood pressure and liver disease. Practicing this around the holidays will also limit the amount of sugar and calories being consumed.

“Alcoholic beverages can add a lot of liquid calories. When you’ve had one too many, your appetite tends to increase, which can lead to over-consumption of high calorie and high sodium foods,” Morrison said. “Try a mocktail. Start with club soda and add a splash of cran-apple juice and rosemary sprig.”

Other holiday drinks should be limited to one or two as well, because many of them, such as eggnog, contain a high fat and sugar content.

One serving of eggnog can contain over 300 calories, 21 grams of sugar and 19 grams of fat.

One cup of eggnog will leave a woman with four grams of sugar and 31 grams of fat available to consume for the rest of the day.

Morrison said the best way to stay hydrated at holiday parties is by drinking plenty of water. Not only will it keep a person hydrated, but is a great way to keep sugar consumption low. If a person is choosing to drink cocktails, it’s recommended to drink a glass of water between each one to slow alcohol consumption.

On average, Americans gain six pounds over the course of the holiday season.

“If I’m at a holiday party, I usually try to take a quick 10-minute walk around the neighborhood every chance I get,” Davis said. “It just makes me feel better, especially after eating a ton of food.”

Other ways to get active are playing flag football with family on Thanksgiving, signing up for a holiday themed walk, such as a turkey trot, parking further away from your destination and opting for the stairs instead of the elevator.

“One of the best ways to stay healthy during the holiday season is by staying active,” Morrison said. “It’s common during the holidays to be sedentary, so getting some exercise can help with weight management.” 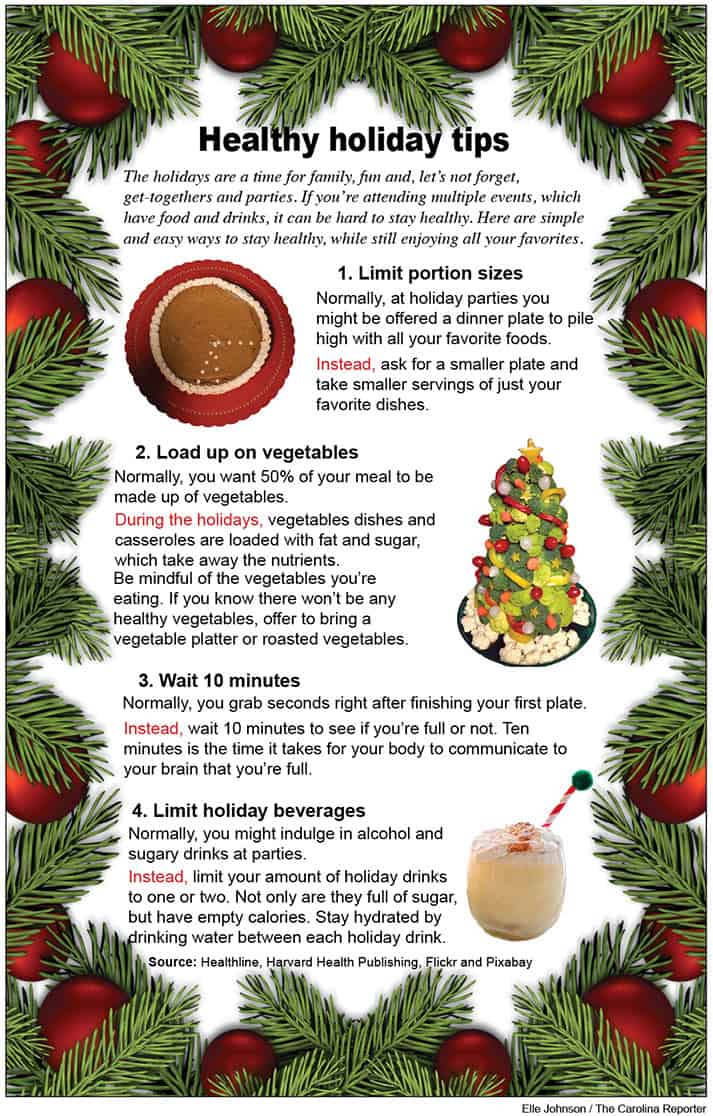 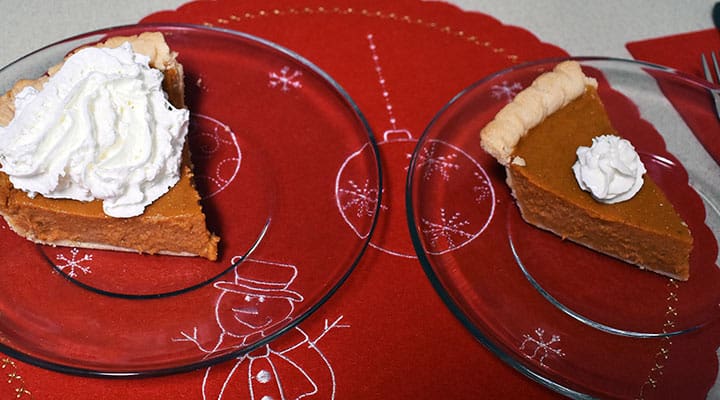 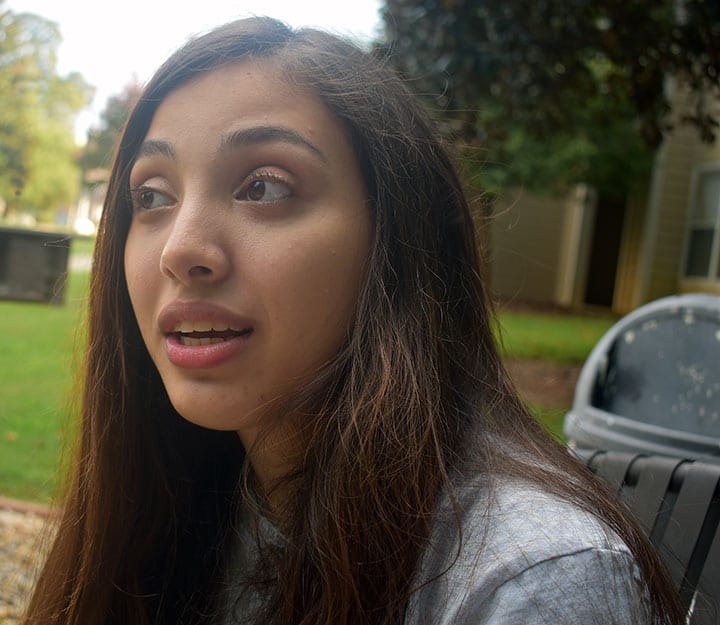 Sarah Cruz, a 20-year-old psychology student at UofSC, said she doesn’t worry about staying healthy during the holidays because it’s a time to enjoy foods and parties with family and friends.