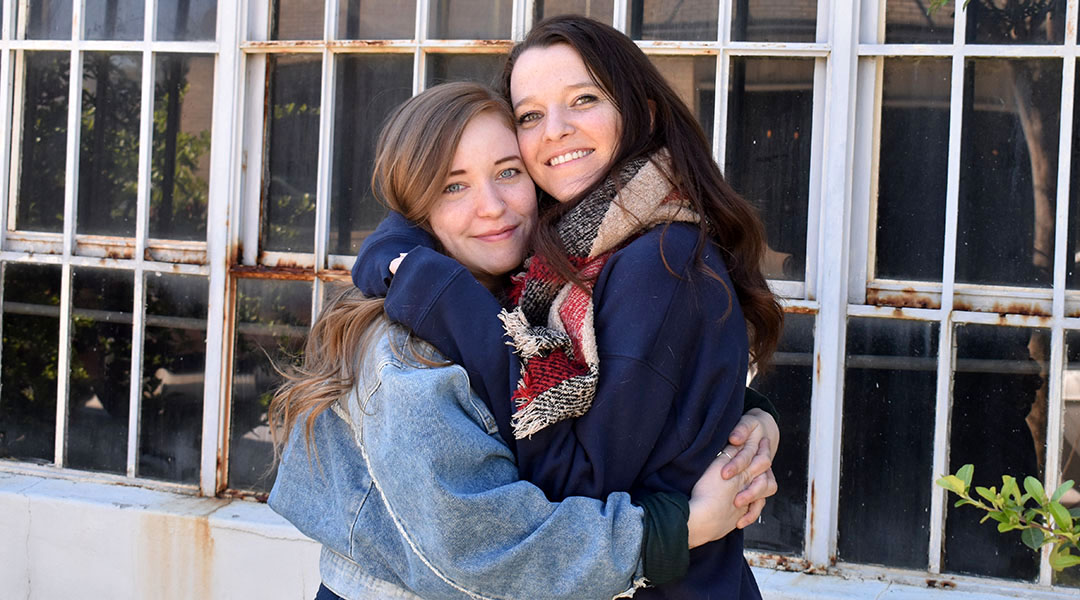 Kati Baldwin and Catherine Hunsinger met through mutual friends and quickly developed a bond that would evolve into the Girls Block project.

There will be new girls on the block this year, just in time for National Women’s Day. And these girls will be rocking empowerment.

Girls Block, a nonprofit festival devoted to women’s empowerment, will fill the 1600 block of Columbia’s Main Street on Saturday. Beginning at 9 a.m., female vendors, artists and businesses will showcase everything from visual art to shadow box insects as part of the weekly Soda City Market.

Together with Soda City Market, Girls Block will showcase women vendors during the market’s normal hours, and will include activities from Girls Rock Columbia, a panel by Women’s Rights Empowerment Network, and wares from local vendors and businesses like Browtopia, Beware of Dog, Glass Insects, Anton and Maxine and 9 to 5 magazine.

There will be women selling photography, poetry, visual art, jewelry and clothes. There will be interactive booths, poetry reading, hair braiding and even a stage that will host belly dancing, aerial artists, sketch comedy, and a jazz ensemble. All will be women-owned and women-led.

Girls Block founders Catherine Hunsinger and Kati Baldwin say they hope this will be the first of many yearly festivals and block parties aimed at creating a network of women empowering women. Ultimately, they hope it will be the catalyst to more awareness and support for women artists in the community.

Women’s Rights and Empowerment Network, a nonprofit organization that lobbies on behalf of women’s issues, will host a panel at 10:45 a.m. during the market that will be focused on the representation and compensation of female identifying artists while also talking about legislation they are involved with.

“I think Girls Block provides a space for us to discuss, really, the necessary paradigm shift that must accompany a policy change…let’s also think about this increased societal recognition of the value that women are bringing to the table,” said Plassmeyer, speaking about WREN’s push for a statewide equity act.

On the Girls Block, brick-and-mortar empowerment

City officials said they’re happy to back Girls Block, and have pushed the event on social media.

“Regardless of where you come from culturally or whether you are female or male, whomever, or LGBTQ, that there is a place for you on Main Street and that we support and encourage diversity,” said Heather Curtis, Soda City’s public relations director.

Girls Rock will be tabling and have musical instruments for kids to experiment with, and hope to connect more with the community.

Jessica Oliver, executive director of Girls Rock, hopes that Columbia will get a chance to meet and connect with local artists who are women.

“It would be really great to not have to have festivals focused on centering women and gender minorities anymore, it would be awesome if eventually all of the amazing festivals that happen in Columbia could start to implement those practices more organically,” said Oliver.

Saturday night, performers will fill Hendrix, the Pastor’s Study at Lula Drake, and The Space Hall at Tapp’s Art Center. Entry to Hendrix will be free, but tickets are $15 to Tapp’s or Lula Drake. Access to both can be purchased for $20. Artists include Diaspoura, Say Femme, Glass Mansions, Godis Tanesha and many more.

Founder Baldwin stacked the shows so that there is time for everyone to catch parts of all the sets, allowing people to see more than one artist at each venue. She also has a visual surprise at the end of the night after the last set at Space Hall.

“Be there and get ready dance,” said Baldwin.

The Nickelodeon Theatre will also be involved with Girls Block, showing a screening of  “Dreamgirls” at 4 p.m. the following day, March 10. Prior to the film, there will be a discussion with the Girls Block team about its mission and an acoustic set by Fleur Geurl.

The founders and their friendship

Hunsinger and Baldwin were acquaintances for nine years, but deepened their friendship through the creation of Girls Block.

“As a team, we work brilliantly together,’ said Hunsinger. The process has included financial and organizational hurdles, but the pair has been able to work through them together.

“Not to get sappy or anything, but I feel like everything I’m not good at, Catherine is good at and vice versa. When she’s feeling down I push her, when I’m feeling down she pushes me,” said Baldwin.

Hunsinger and Baldwin wanted to do something on the Saturday following National Women’s Day to launch their fledgling organization. Their idea started as a bar crawl or a block party, but only three months after their initial idea, they have multiple venues and a full day of events.

Both women have been part of the Columbia art scene for a while, but they didn’t feel like they had space where they could truly share their art.

“I couldn’t find a spotlight, so we made our own,” Hunsinger said.

“We still all have to fight that battle of I know you said I can, but can I? That’s a long time of being told that you’re less or can’t do it quite as well, or you have to wipe your emotions from it or else you’re crazy. It all ties together,” said Hunsinger.

A Columbia native, Cayla Fralick is one of the musicians who will be performing for the event. Besides being a musician and songwriter, Fralick is an adjunct teacher at USC.

“I don’t even know if she gave me all the details, but she just mentioned women, Columbia and music, and I was like I’m in, say no more, those are like my favorite things,” said Fralick.

Besides being able to perform, Fralick looks forward to seeing other artists and supporting them.

“I hope people that don’t really know what it’s about come out and just see what a great community of artists we have here,” said Fralick.

Jamie Gray, lead singer of Charleston band Cry Baby, feels lucky and empowered to be a part of Girls Block.

“It is very cool to see a community come together to display common inspirations and passions while also creating an empowering environment,” said Gray.

“Right now we have this stockpile of incredible women who no one’s telling them where to go and they don’t know what opportunities there are,” said Hunsinger. 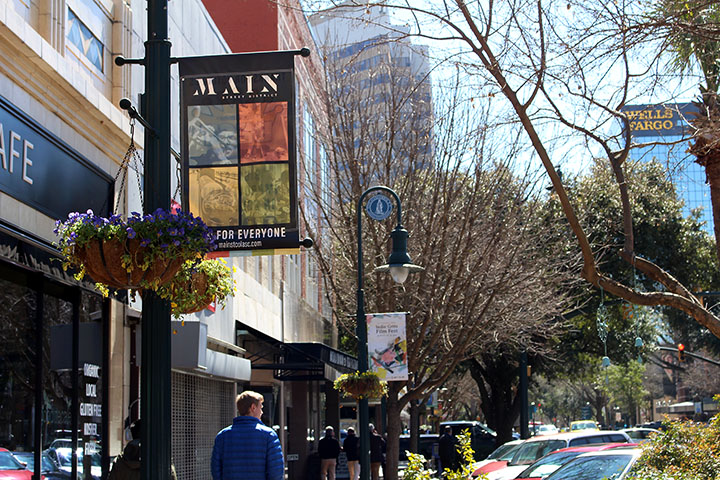 Girls Block will be held on the 1600 block of Main Street in Columbia on March 9. there will be women owned businesses, vendors and artists at the market starting at 9 a.m. 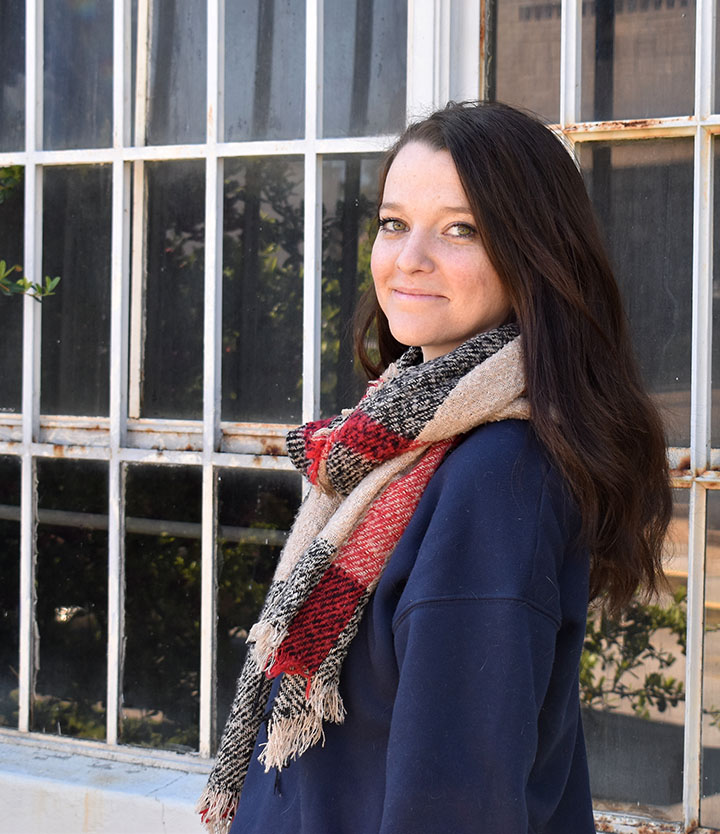 Catherine Hunsinger is one of the women behind Girls Block. Hunsinger works at Lula Drake Wine Parlour and is a musician and photographer. 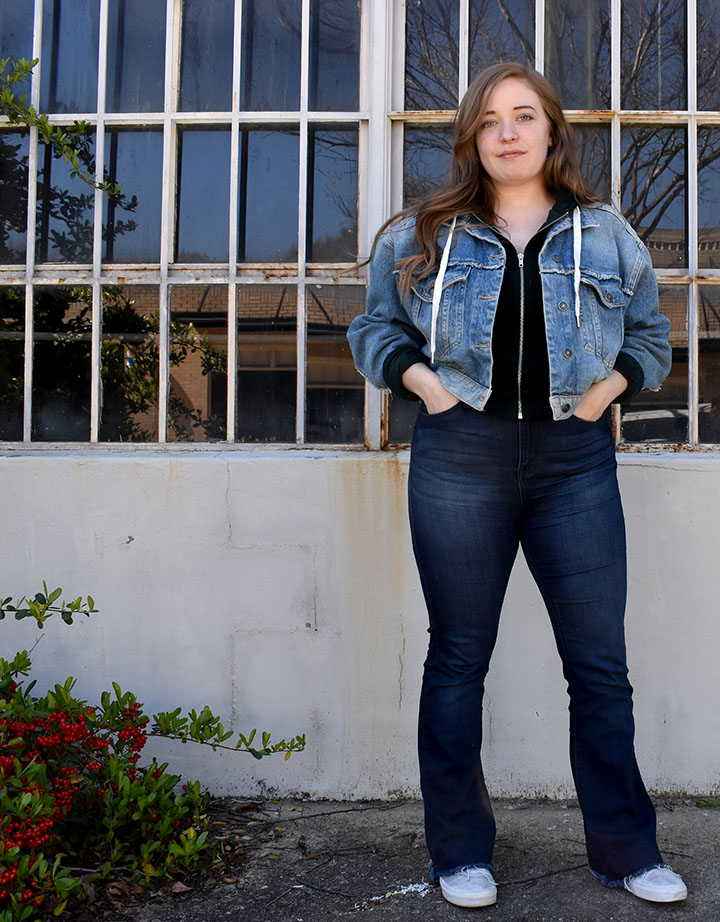 Kati Baldwin is one of the founders of Girls Block and is also a full-time entrepreneur and photographer. 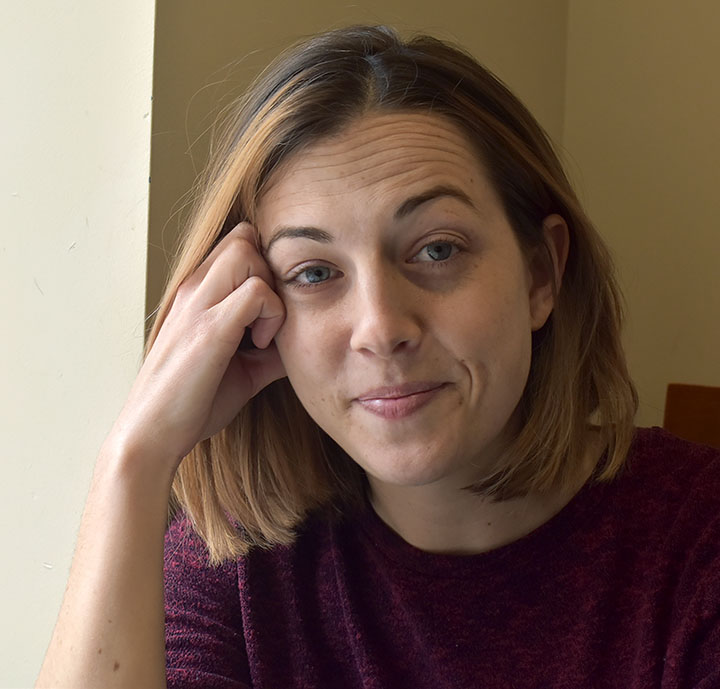 Cayla Fralick is an adjunct professor of English and composition at the University of South Carolina but has a passion for music and songwriting. She will be performing a set at Hendrix during Girls Block.